Fire up your Start menu or Dock and think carefully for a moment: Out of all your ageing desktop apps, how many do you really rely on these days — or even better, how many of them don’t already have very capable web app alternatives you could use instead? Unless you’re a film editor or a graphic designer, it’s probably time to let those old-fashioned, clunky desktop apps go. When Chrome OS appeared on the scene in 2011, you could make the case that desktop apps were still essential. Web apps were slow, buggy, and feature-limited, and they obviously didn’t work offline. Today that’s no longer the case, and considering you can find Wi-Fi just about anywhere, offline access is less of an issue than it used to be. 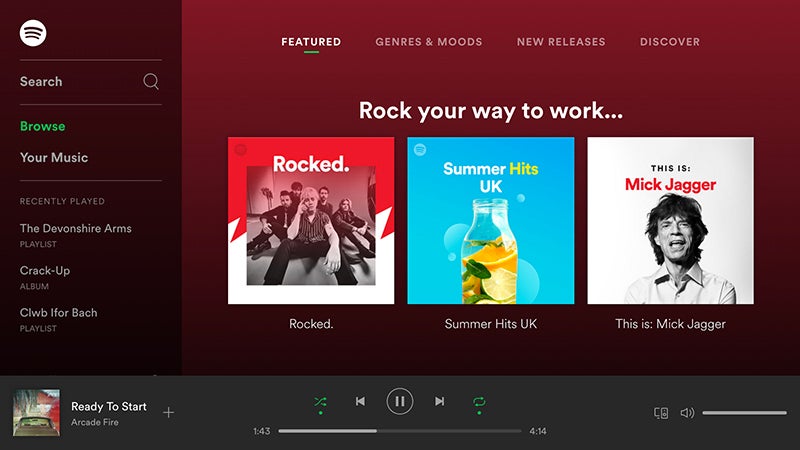 About those desktop programs you’re still clinging to: Microsoft Office? You can use it for free online, and Google Docs is even better. iTunes? Join the streaming revolution, load up Spotify’s revamped web player, and drag yourself into 2017 (you should import all your local tracks through the desktop app first). Admittedly, you won’t get quite as many bells and whistles as you do with the fully fledged desktop equivalents, but consider whether you really need all those extra functions. Short answer: You don’t.

Yes, if you’re a gamer or a serious creative, you still need some key desktop programs installed; but we’re willing to bet the majority of people reading this can get away with ditching their desktop apps for good.

We’ve already touched on some of the alternative web-based apps you can switch to. Office suites are the obvious place to start, and Apple, Google, and Microsoft all have free versions you can use in your browser; that’s before we get on to any of the more modern alternatives, like Dropbox Paper.

If you haven’t yet ditched your desktop email client for something cloud-based like Gmail or Outlook, then you really should make the move at your earliest convenience — you’ll never have to worry about moving your messages from one computer to another — and if you’ve got work emails to keep tabs on, then most web clients can happily import messages from other accounts. 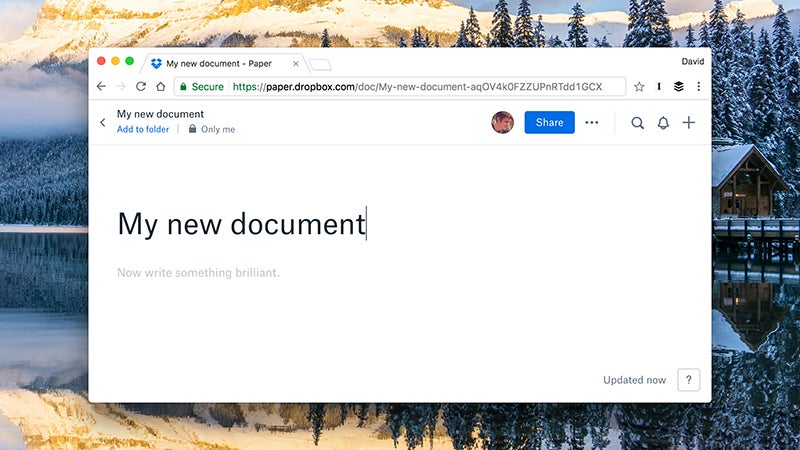 Unless you’re a real smart playlist obsessive, you can bid the bloated, sluggish iTunes goodbye and turn to Spotify’s web player, Deezer’s web player, or Google Play Music, though admittedly if you’re heavily invested in Apple Music and iTunes movies, there’s no real online alternative for you — maybe just make do with an Apple TV or an iPhone and AirPlay.

While we’re on the topic of media, if you haven’t already switched wholesale to services such as Netflix or Hulu, Plex will do a fine job of letting you view all your local music, movies, and photos inside a browser (whether that browser is on your original computer or somewhere else in the world). Plus your browser can play most popular music and video formats just fine without any extra help, so there’s usually no need for another application, like the venerable VLC. 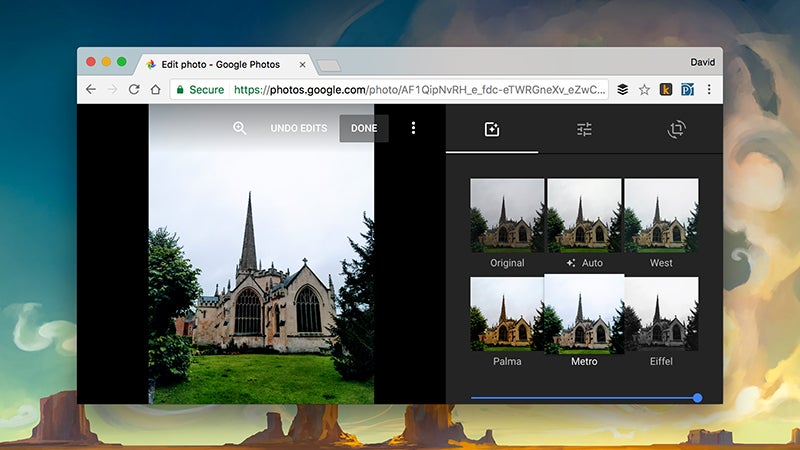 Do you need more editing tools than these? (Image: Screenshot)

The juggernaut that is the Adobe Creative Cloud suite contains some of the few desktop apps that can still justify its existence, and yes if you do a lot of serious video editing then you are still going to need something like Premiere. For most of us though, online alternatives will do just fine: Google Photos, for example, has a pile of basic tweaking tools included, while more sophisticated online apps such as Pixlr support layers, complex selections, and other advanced tools.

What else is there? Workplace productivity tool Slack works just as well in the browser as it does on the desktop, utilities for contacts and calendars are all now available on the web, whether you’re a fan of Google, Apple, or Microsoft products, and the chances of a major new desktop application launching to take the world by storm anytime soon are very slim indeed.

You might think there’s no harm in keeping your desktop apps around, and in the grander scheme of things you’re more or less right, but on the other hand we can think of plenty of reasons to go web-only. For a start, it means less clutter on your local hard drive, faster boot up times, and more space for your browser to breathe.

If you upgrade your computer, then you’ve only got to think about transferring your local files — rather than your files, plus dozens of desktop applications and all their associated settings. Those of you who’ve signed up for something like Dropbox or Google Drive don’t really have to think about those files either, as they will all sync across devices automatically (caveat: once the relevant desktop apps get installed). 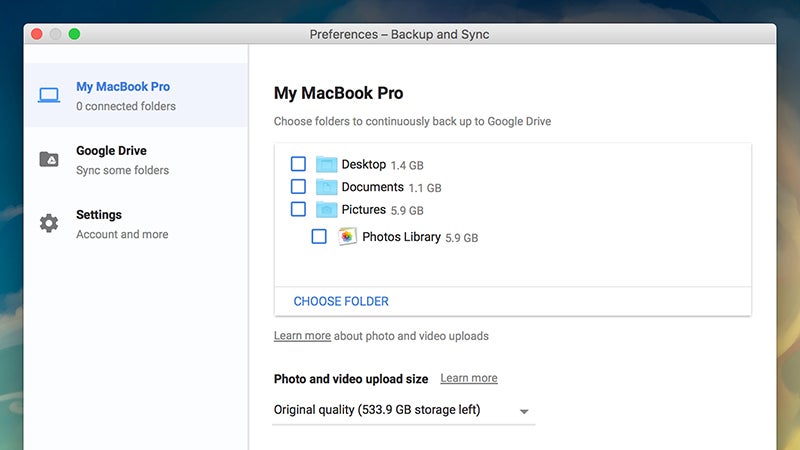 Google’s new desktop tool makes it easier than ever to get your files online. (Image: Screenshot)

Need to use a Chromebook in an emergency? No problem. You’ve still got access to all your apps. Have to log in on someone else’s machine? Again, if you’ve weaned yourself off your reliance on desktop apps then you can do everything from firing up your Spotify playlists to editing PowerPoint presentations while you’re away from your main computer.

What’s more, modern-day online apps have made collaboration and sharing so seamless that the process of editing files and emailing attachments back and forth now seems ridiculously archaic — another reason to start living life inside the browser if you haven’t made the switch already. 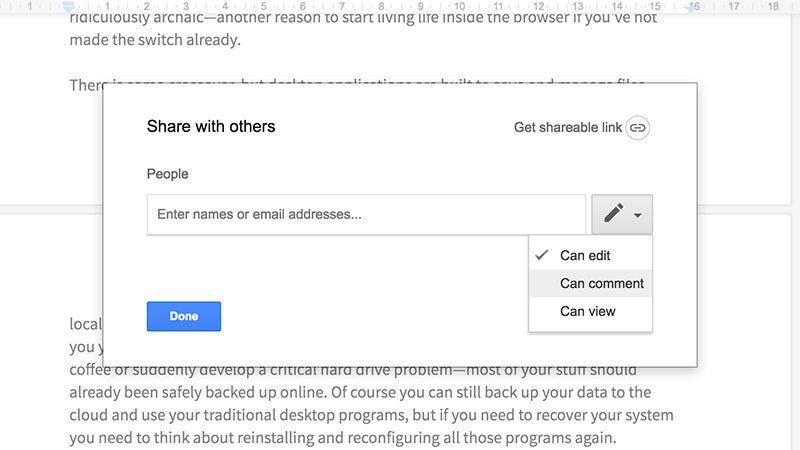 File sharing is something else web apps are better at. (Image: Screenshot)

There is some crossover, but desktop applications are generally built to save and manage files locally, whereas online apps are geared towards doing everything in the cloud — and the cloud is the future. Sure, you can still back up your data to the cloud and just continue using your traditional desktop programs, but if you ever need to recover your system, you’ll need to think about reinstalling and reconfiguring all those programs again. That’s always a miserable experience.

Leaving behind desktop applications that have served you well for decades can be a wrench, but most of us don’t really need them like we used to — find a decent web alternative, make your files accessible online, and look for the uninstall option.