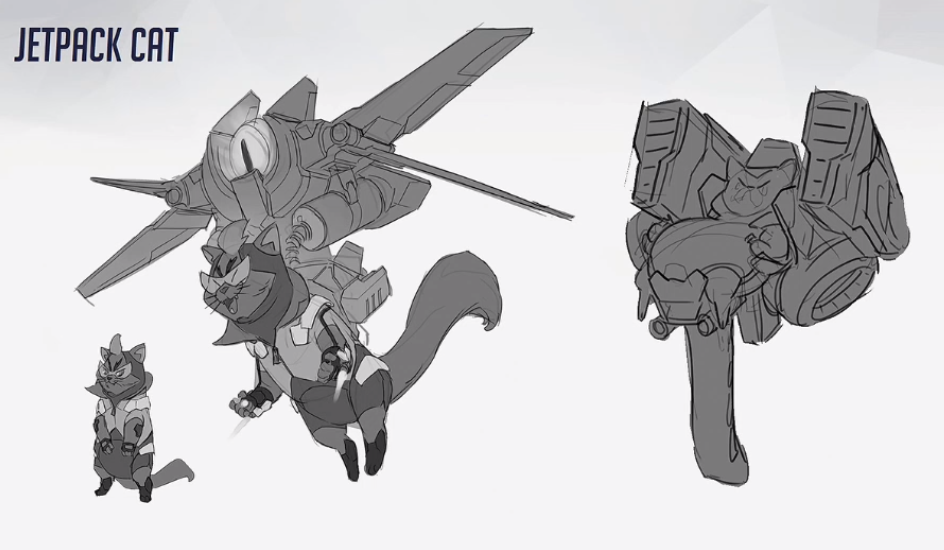 Here is concept art of legendary scrapped Overwatch hero, Jetpack Cat. During a BlizzCon panel about Overwatch‘s formative days, game director Jeff Kaplan and art director Arnold Tsang talked more about his origins, saying that they were trying to figure out how far was too far with regards to character designs.

“We tried a robot monkey. We tried a crocodile!” said Tsang. That led to Jetpack Cat, who — despite being one of the most popular early hero designs at Blizzard — was scrapped because, Kaplan explained, it was “not Overwatch at this point.”

A gorilla scientist from the moon, however, was fine. 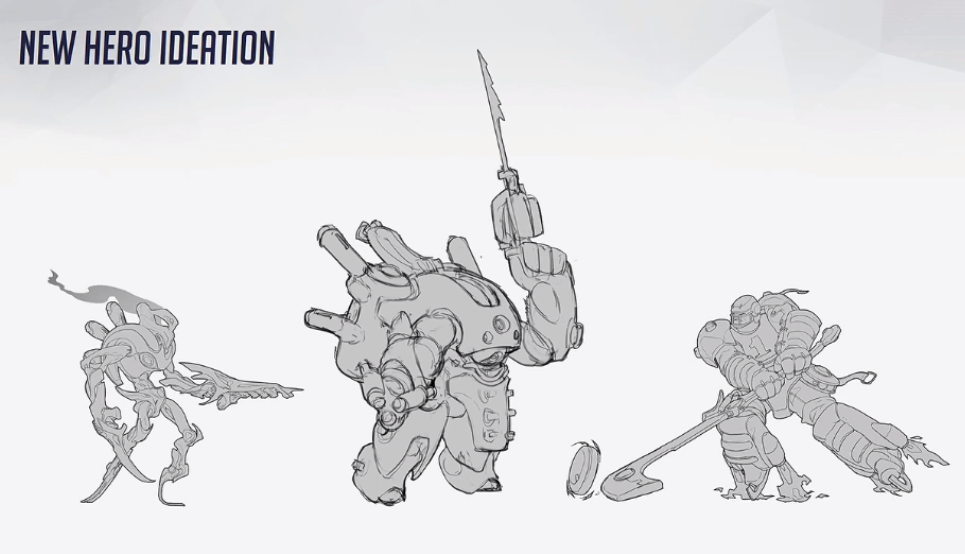 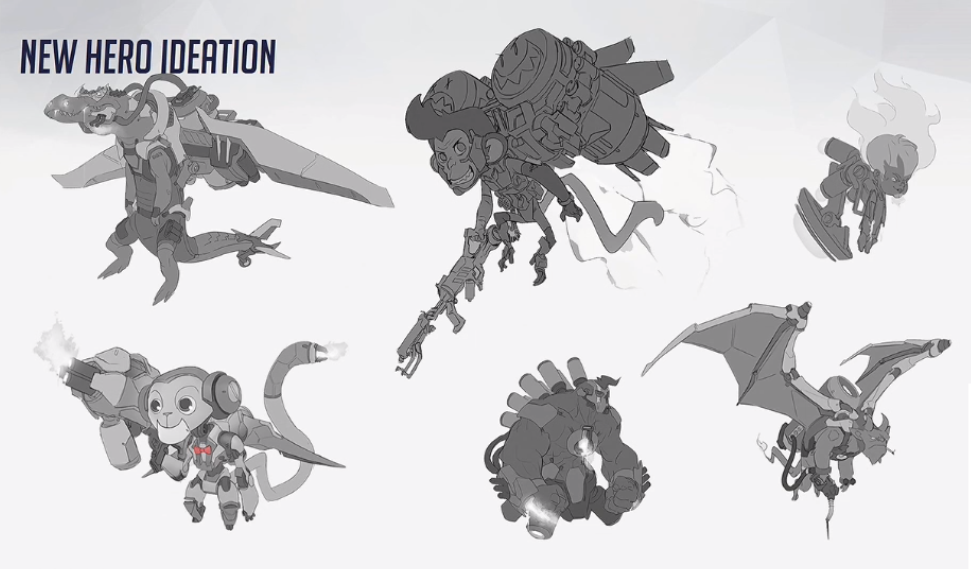 RIP, hockey guy. You were too good for this game, or any game for that matter — except perhaps NHL Hitz.