GTA Online keeps expanding every year, but GTA V hasn’t gotten any single-player DLC. In response, fans have cobbled together theories about what ‘must’ have happened to GTA V’s single-player updates. With the addition of the massive Doomsday Heist, fans are once again looking for closure.

At one point, single-player DLC once seemed like a real possibility. For one, Rockstar had a track record of supporting games post-launch — GTA IV got the fantastic Ballad of Gay Tony DLC, and Red Dead Redemption added the Undead Nightmare DLC. At first, GTA V appeared no different: in a 2014 newswire post, Rockstar teased “some very exciting Story Mode DLC.”

From there, the messaging got confusing.

During a 2015 earnings call, Take Two Interactive CEO Strauss Zelnick was asked if story DLC was still planned, and he answered that “No, we haven’t discussed any story-based downloadable content.” A Take-Two representative later clarified that while Rockstar did say it was exploring story mode content, there was no further information to release.

Further confusion about the status of single-player DLC was sparked by Franklin voice actor Shawn Fonteno, who seemingly continued to tease working on GTA V DLC with Rockstar.

So what happened? Was something ever in the works or not? Without any concrete answers, GTA V fans did what they do best: they dug into the code of the game, hoping to find some clarity. In 2015, Tez Funz, a data miner with a track record of finding unannounced GTA V content, found new code that appeared to be a part of a DLC expansion.

This code referred to new missions, including a new heist involving a casino, jetpacks and something called “Clifford.” The code specifically referenced Trevor, a playable character from the story, and also appeared to have mission triggers designed for single player. At the time, players thought Clifford could be a reference to a new city or town, or perhaps was an unrelated codename.

Two years later, Tez Funz’ data mine was bolstered by the addition of the Doomsday Heist, which added a jet pack, more heists, and a smart AI called Clifford — except it was for the multiplayer segment of GTA, not the single-player.

Details like heists and the jet pack are straightforward enough that any fan could have guessed these elements would eventually happen. But the name “Clifford” is specific in a way that made it easy to believe data miners were legit. This, in turn, led to a community theory that Rockstar had indeed tried to expand the single-player, but ended up folding that content GTA Online instead.

This, the thinking went, must be Rockstar following the money: we know from court documents that GTA Online has generated at least $US500 ($641) million in revenue in 2016, and 2017 was GTA Online’s most profitable year. While it’s possible to misinterpret what code means without context from the developer, Rockstar’s earlier promises about single-player DLC made it easy for players to believe the company changed course somewhere along the line.

While all of this amounts to assumption of a developer’s intentions, the cynicism largely came from fan’s increasing resentment surrounding the rising in-game prices of GTA Online content. Some players were feeling nickel and dimed by Rockstar, so they theorised that the missing DLC could be explained by greed.

While the narrative around Rockstar transformed, the idea of single-player DLC almost gained a legendary status. Within the hardcore GTA community, there were whispers and rumours of a document that data miners claimed came from within Rockstar North.

The document has never been released publicly, but is said to be notes taken during development of GTA V. The veracity of the supposed document was largely believed by the hardcore GTA community because trusted data miners such as Ash_375 and Yan2295 kept vouching for it. Ash has helped fans dive into GTA V beta content and runs a news section for GTA Forums. Yann2295 teased LA Noire being released on Switch nearly seven months before Rockstar officially announced it.

Curiously, while this document is known by diehard GTA fans, only a handful of people have apparently seen snippets of the document, and an even smaller number actually have the file in full.

I was able to get a copy of the alleged document after speaking to a few users who wanted to remain anonymous because the document was supposedly given to them in confidence. What I got was a large text file that purported to show notes from developers at Rockstar detailing three possible DLC episodes for GTA V.

One involves Trevor and the IAA (GTA’s CIA), another spoke of zombies, and the final DLC described by the document was about an alien invasion. Exactly when this document started floating around on the internet is not concrete, but most data miners I spoke to believe it was around 2014.

Around the same time the document began floating around, GTA data miner Tez Funz posted information about a possible GTA V DLC involving the CIA/IAA. The code pointed to mission locations and triggers for the single player portion of GTA V. This seemed to line up with what was found in the doc.

More recently, years later after the dissemination of the document, the latest update for GTA Online has players working with IAA to help save the world. Earlier this year, fans also found a GTA Online secret mission involving an alien egg and a recent GTA Online update also added an image of an apparent alien attack as a floor vinyl option for player owned garages.

The “alien” segment of the document seemed to come true, at least for GTA Online. 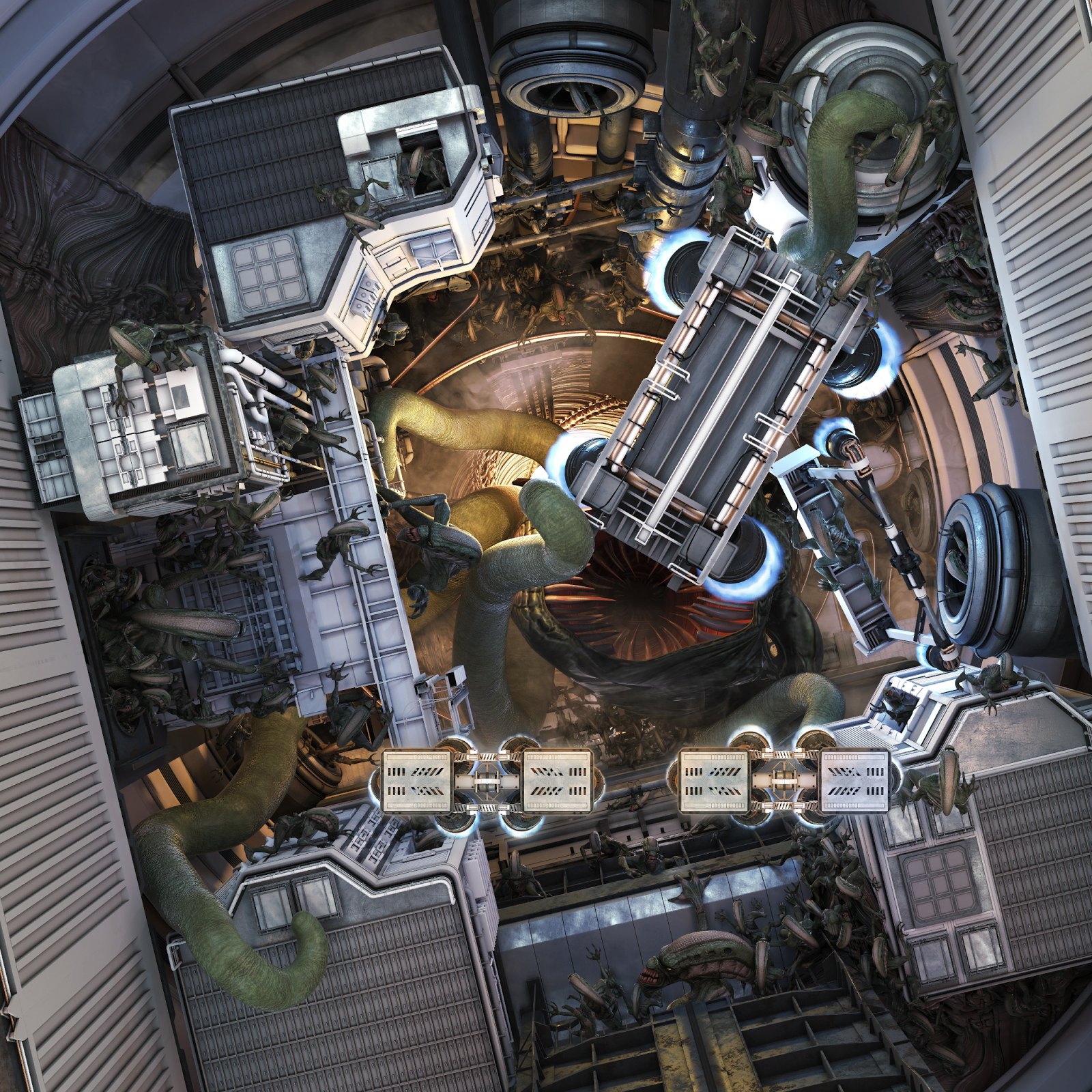 All of these details have only expanded the legend of GTA V’s supposedly lost single player DLC, but it’s important to remember that the document cannot be verified as authentic. A text document can easily be fabricated or modified, and there’s no way to know if the one circulating in 2017 is the same one that was making the rounds in 2014. It’s also worth remembering that while GTA Online has incorporated aliens, we don’t actually know if this content was ever meant for the single player portion of the game, as data miners claim.

Representatives for Rockstar did not respond by press time.

Making video games, especially complex games like GTA V, can be a iterative process. Ideas can evolve during development, often in ways that aren’t very public. Developers aren’t forthcoming about elements that are still in flux out of fear that an early peek might come across as a promise to players.

Sometimes, the code that makes up a game can reflect an unrealised version of the game, and in the case for GTA, reading the game’s code is encouraged by Rockstar. In 2016, players unlocked a secret Bigfoot mission only because of text left in the code that gave players a clue as to how to solve the mystery.

At the same time, unused code isn’t always what it appears to be. Skyrim players, for example, have found entire unused villages and mechanics. Modders deem Skyrim to be an “unfinished” game because bits of the game’s DNA seem more ambitious than what we got to play, but folks who actually worked on the game don’t necessarily agree with that assessment.

All of this to say, data miners do their best to decode what they find, and some of those findings end up driving the way we understand the games we play. The tricky thing is that there is always a danger of having something lost in translation.

In this case, there’s some circumstantial evidence that players have used to craft a narrative about the development GTA V, but we don’t know for certain just how true it is. Recently, Rockstar clarified that GTA V single-player expansions were not “possible or necessary.”

You’d think this would be the end to the whole saga, but for many fans, it’s not a satisfying answer. In a world where the mythical jet pack now actually exists within GTA Online, unearthing the mystery behind the lost single-player DLC has become the new holy grail.