Neko Atsume Developer's New Game Is About A Travelling Frog 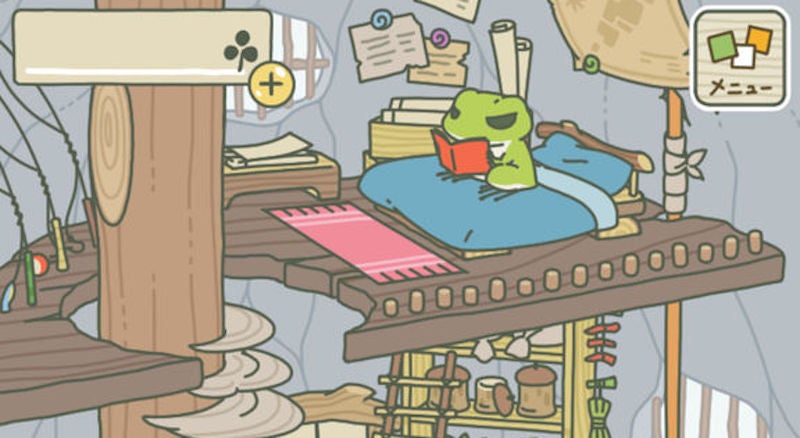 The makers of cat-watching mobile game Neko Atsume dropped a new game about a frog that goes on adventures. It's very cute.

Even before Neko Atsume had an english translation, people were taken by its cute art and low pressure game play. You put out food, cats come by, and they leave you presents. They will also throw you some money you can use to buy furniture to buy more cat furniture.

This new game is a little more involved. Its called Tabi Kaeru, which Kotaku video producer Tim Rogers tells me literally translates to "travel frog." Although the game isn't in English, you can find it on iTunes and the Google Play store by searching for "旅かえる." When you open it up, after you name your frog, you harvest some clovers, make a backpack lunch for your frog friend and give him a clover for luck, and then he goes out on a journey.

These journeys last for a while — when I sent my frog out at 3pm yesterday I didn't hear back from him until about 9pm. But when your frog does come back, he'll give you gifts and maybe even a snapshot of where he went.

While the tutorial is easy to get through, it's a bit harder to know what to do after you complete it. While your frog is out, you can gather clovers in the garden by dragging your fingers on top of them. 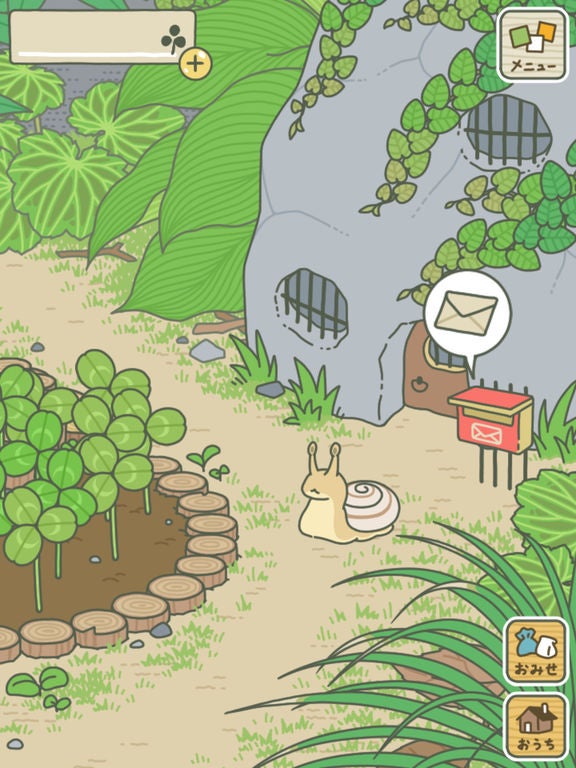 You use clovers to buy stuff for your frog. When you're done outside, tap the button with the picture of the house to go indoors and make a backpack. He'll go out to adventure even if you don't prepare his backpack, but if you give him a lunch, a clover and an accessory of some kind, he'll go out farther and bring back better stuff. You tap on the button in the lower left hand corner when you're indoors to open up the backpack screen. 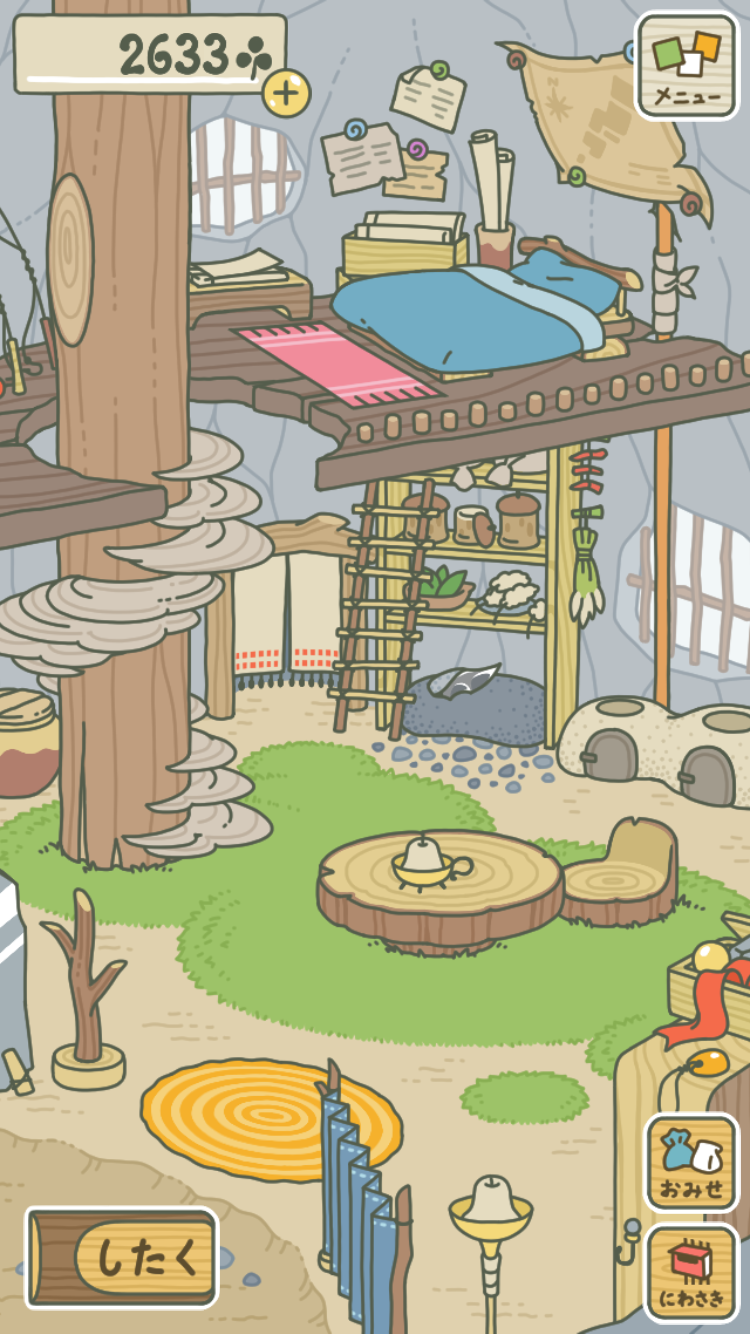 In the screen below you'll see the backpack I'm making for my frog, which I named Gita because I did not understand that the first prompt was asking me to name a frog and not myself. I've set him up with a sandwich and a piece of bread, as well as a towel. If I had a clover, I'd tap on one of the boxes in the upper right hand corner and be able to select a clover from my inventory. 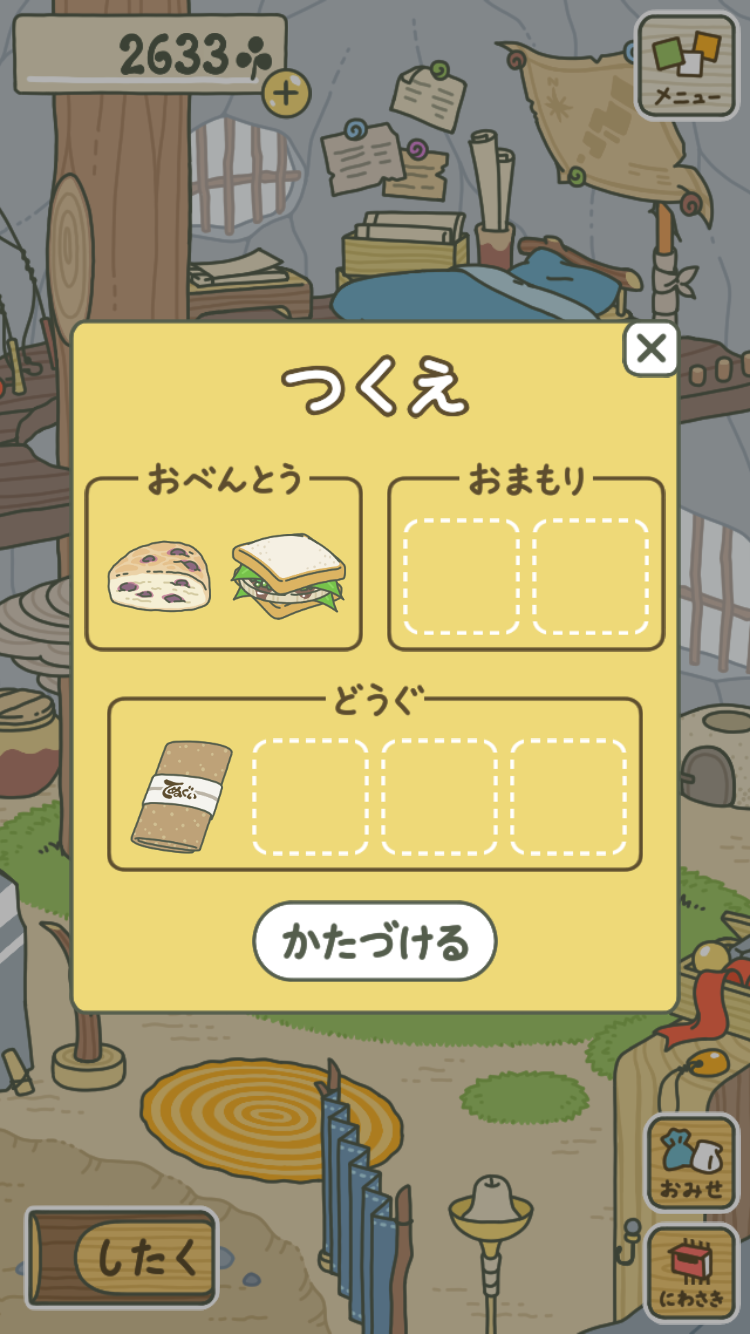 My frog is out right now and I'm still waiting for his return. On his last journey, my frog brought back a cabbage and also a snapshot of where he'd been. Seems like he had a good time. 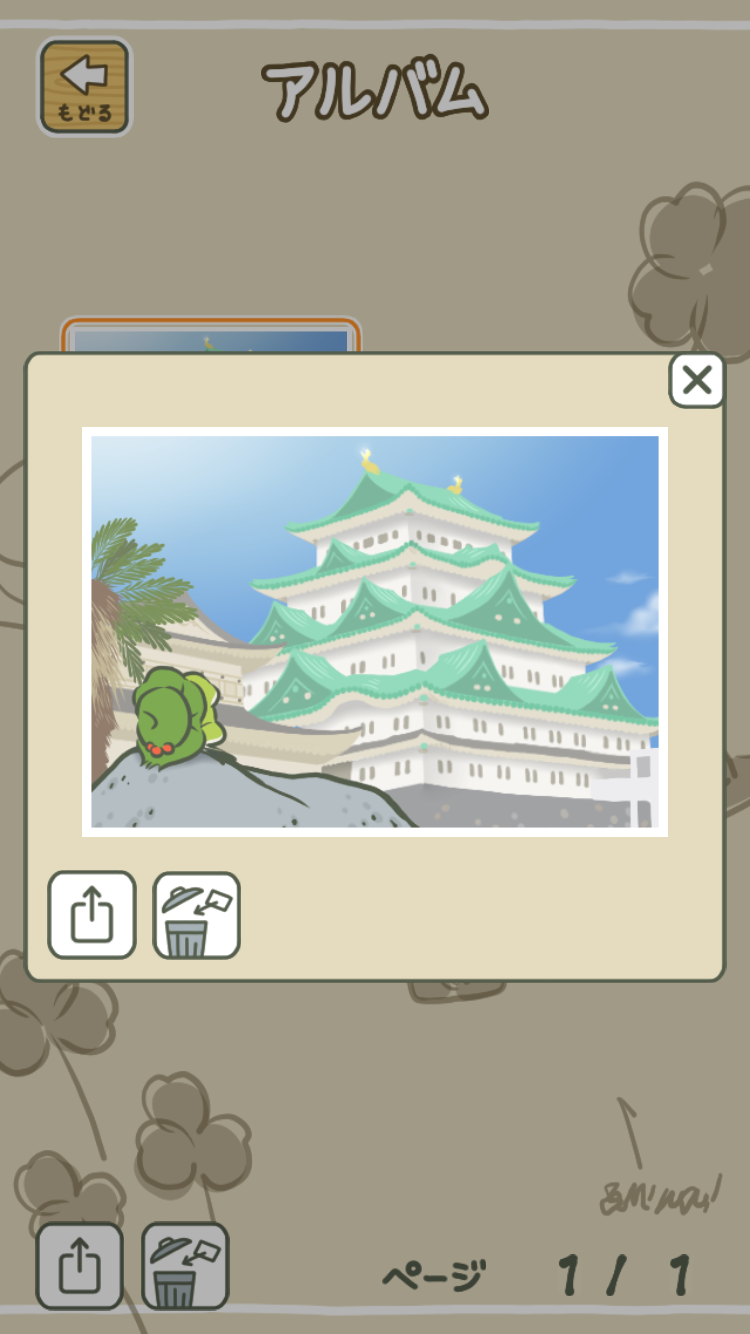 Other people have been posting about their frogs' adventures on Twitter. Seems like he not only goes to some far off places, he does some cute stuff when he's at home.

The creators of Neko Atsume have made a new game called Tabikaeru - Journey Frog and it’s so charming! Japanese only right now but simple gameplay. Pack his little travel sack with goodies and he’ll send back treasures from his adventures ☘️ pic.twitter.com/CKHjhcdvg3

Tabikaeru - Journey Frog is the cutest! From the creators of Neko Atsume. You pack his little bag and send him on journeys, he returns with pictures and souvenirs. pic.twitter.com/b6mOKqkJol

Little Frog Kiko going places ❤️✨ (this is from TabiKaeru, here's a guide if you wanna try the game https://t.co/4MoLCozibc) pic.twitter.com/luj3xmxQbO

Tabi Kaeru is slower than I remember Neko Atsume being. I keep anxiously opening the app, hoping my frog has come home. Still, when I did see my frog last night and saw what he'd brought me it was so sweet that I couldn't wait for him to go off again. I kinda feel like a mum making their kid a school lunch. I don't want them to go, not really, but I know when I see them again they will show me something cool.

I'm still waiting for my frog to come home, but I'd sent him out with a sizeable lunch and a clover for luck. I hope he went somewhere interesting, and brings me back something a little cooler than a cabbage.