This Weasel Is The Key To Hearthstone's Hottest New Deck 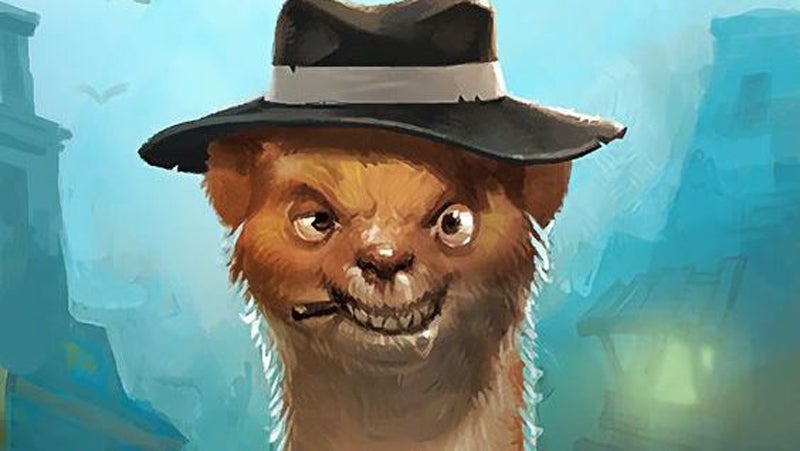 Every once in a while, a formerly crappy Hearthstone card finds its place in a deck and works so well that it starts to look like it might actually be good. A while back, that card was a Hungry Crab. Today, it's a fedora-wearing rodent called Weasel Tunneler.

If there's one thing you should know about today's Hearthstone metagame, it's that most of the popular decks you'll see in competitive games run a lot of high-quality cards. These cards either kill you really quickly, or they continually apply pressure until you simply can't beat their minions and you're forced to tap out. From quick and efficient "Tempo" Rogue decks, to the obnoxiously consistent "Cube" Warlock decks, it's a massive struggle to try and make a deck that can either outlast or outpace these common archetypes, since they're already so well-optimised. 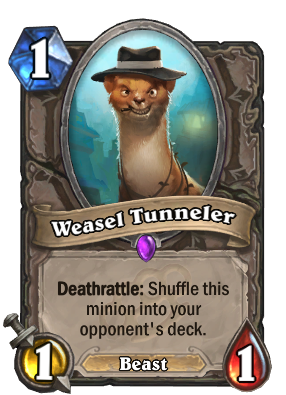 Luckily, there's a new deck in town that can actually beat some of these decks, and on top of that, it's a blast to play. Invented by the streamer Janne "Savjz" Mikkonen, "Weasel Priest" doesn't look to beat the enemy deck outright. Instead, it looks to water down the enemy deck until it's so bad that it becomes beatable.

The star of this deck is the Weasel Tunneler, an extremely weak little ratty dude with a lazy eye, a creepy smile, and a very strange effect: When it dies, it gets shuffled into the opponent's deck.

In the past, cards such as the Priest spell Excavated Evil have exhibited similar "shuffle into the opponent's deck" mechanics - but Weasel Tunneler is a much weaker card than Excavated Evil was, so it has the potential to really mess up the enemy's game plan. Since you can only run a maximum of two copies of a card in a deck, the trick to Savjz' Weasel Priest is that it makes copies of Weasels and then resurrects the ones that have already died in order to toss as many Weasels as possible into the enemy card pool.

The legendary card Herald Volazj can make copies of every Weasel you have on the field, while a card called Carnivorous Cube will kill your Weasel (shuffling it into the enemy deck), then respawn two more once it dies. Another card called Mirage Caller will instantly make a copy of a weasel, while cards such as N'zoth, The Corruptor and Twilight's Call will revive your dead Weasels. If you play it right, by the time you get to later turns, the enemy deck has more Weasels than Redwall.

The Weasel Tunneler mechanic has been around since 2016's Mean Streets of Gadgetzan expansion, but up until now, there haven't been enough copy/resurrect cards, and it's been too weak to spend the early turns watering down the enemy deck. After all, you can't copy your Weasels if you're dead at turn four. 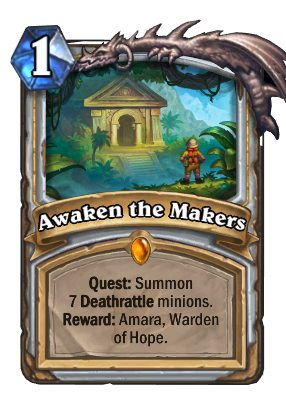 To boost survivability, the Weasel Priest deck runs a Quest card from the Journey to Un'Goro expansion called Awaken the Makers that can increase your max health over time, giving you more time to build up Weasels.

Even this might not have been enough to make the deck work, but recent changes to Hearthstone's metagame have made a Weasel strategy even more viable: Most of today's popular decks take a handful of turns to get rolling, so you have even more breathing room to get the Weasel engine up and running before your enemy starts doing damage.

Watching someone win with Weasel Priest is like watching a child win the Indy 500 by tossing marbles onto the track: It's crude, it's slightly unfair, and it's pretty damn funny. Will it become a top-tier competitive contender and the new deck that's so OP that everyone hates it? Maybe not. But as Savjz and others, such as popular streamer Thijs Molendijk, have demonstrated, Weasel Priest can stand paw-to-paw with some of the best decks in the game, and rat's enough for me.

Want to run Weasel Priest for yourself? Here's the code for Savjz' deck: AAECAa0GCJ8D7QXgrAKKsAKWxALPxwKQ0wLD6gILigH7AbW7AuW8AsPBAtHBAtXBAujQAovhAqniAurmAgA=