GDC 2018 Is In The Middle Of A Construction Zone 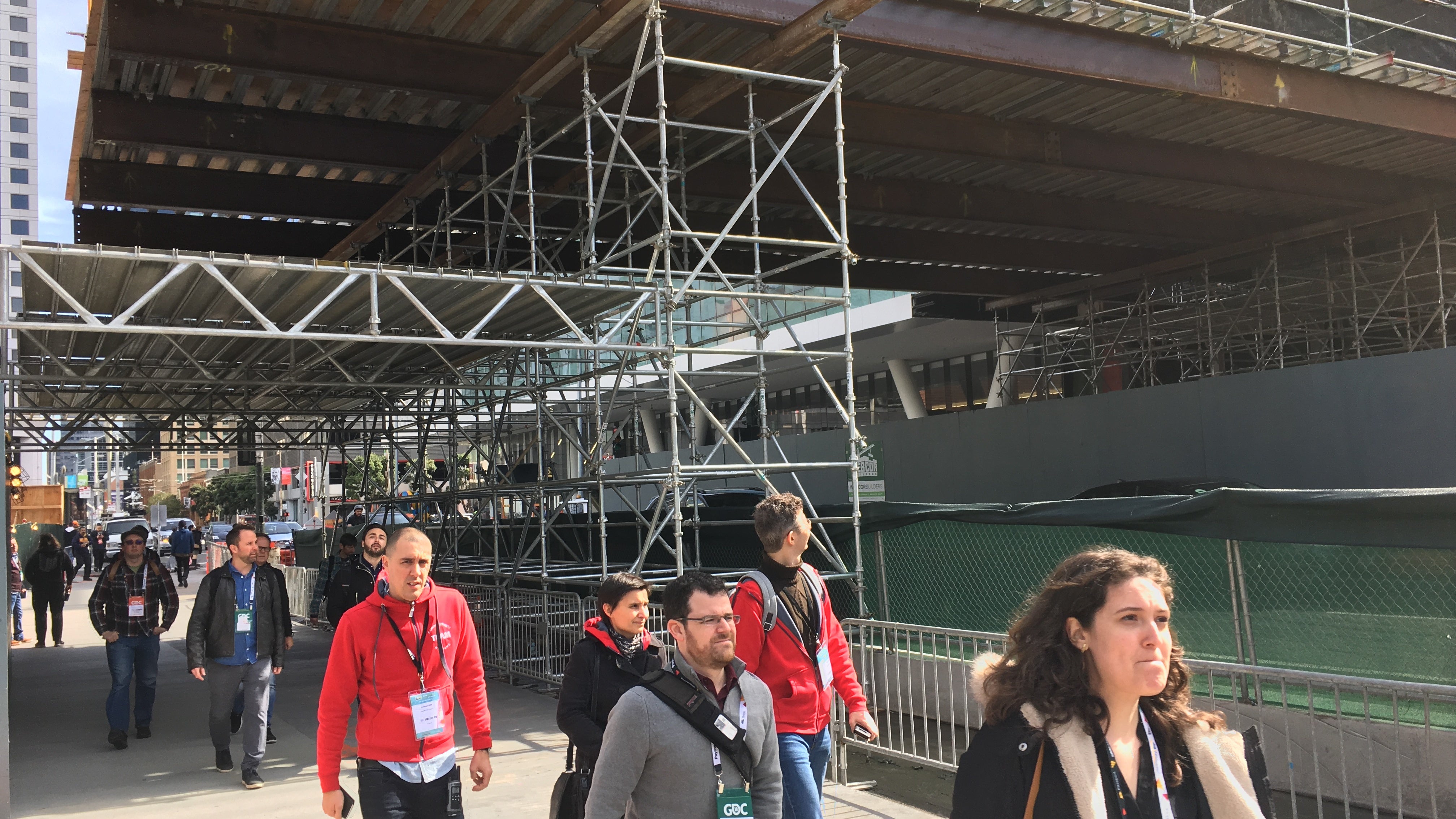 The Moscone Center, the sprawling downtown San Francisco convention hall where Game Developers Conference takes place, is currently undergoing a massive renovation and expansion - but GDC is going on as usual. Well... not quite as usual.

Moscone is split into three halls, each on different sides of the city streets: North, South, and West. Currently, half of South Hall is nothing but exposed girders and beams. It's like the set of a Donkey Kong movie out here. 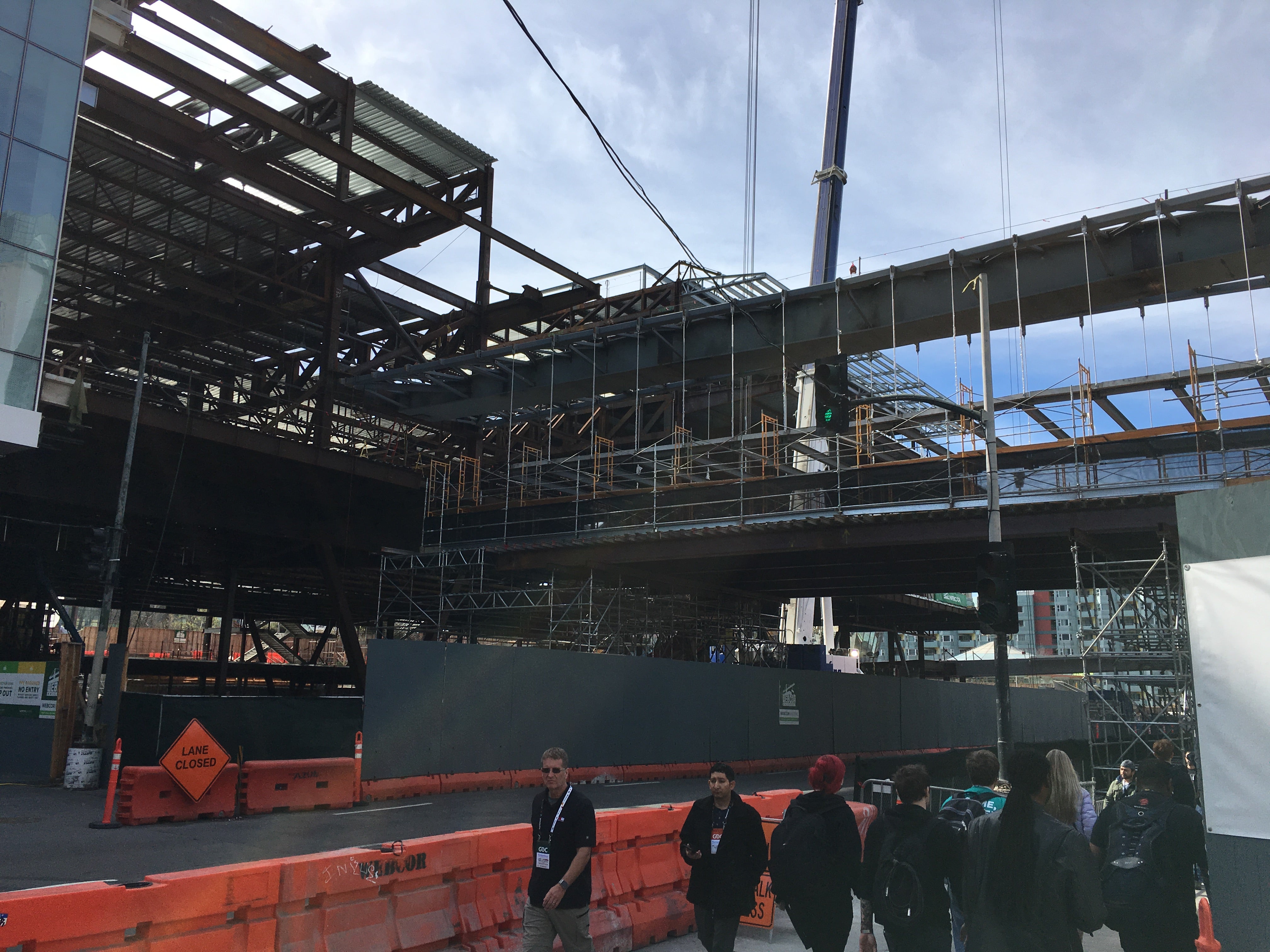 Since part of the plans for the new expansion include two massive pedestrian skywalks connecting the North and South halls' upper levels, that means that currently, as you're walking along the footpath, you're passing underneath a set of massive unfinished beams. 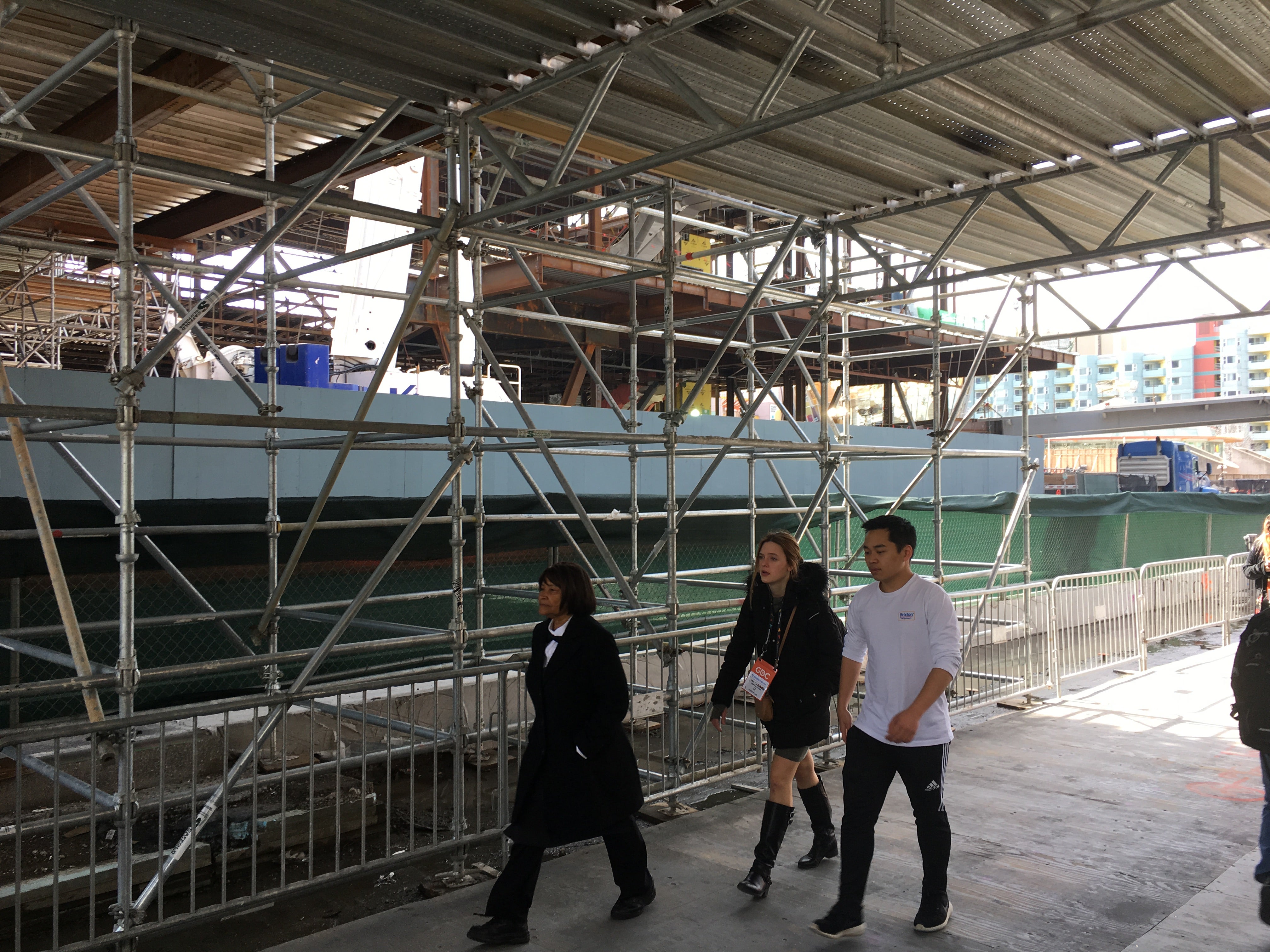 It is very much an active construction zone; there were plenty of workers around on Monday morning moving beams around via crane and doing all sorts of fascinating things while GDC attendees went from hall to hall via the footpath. 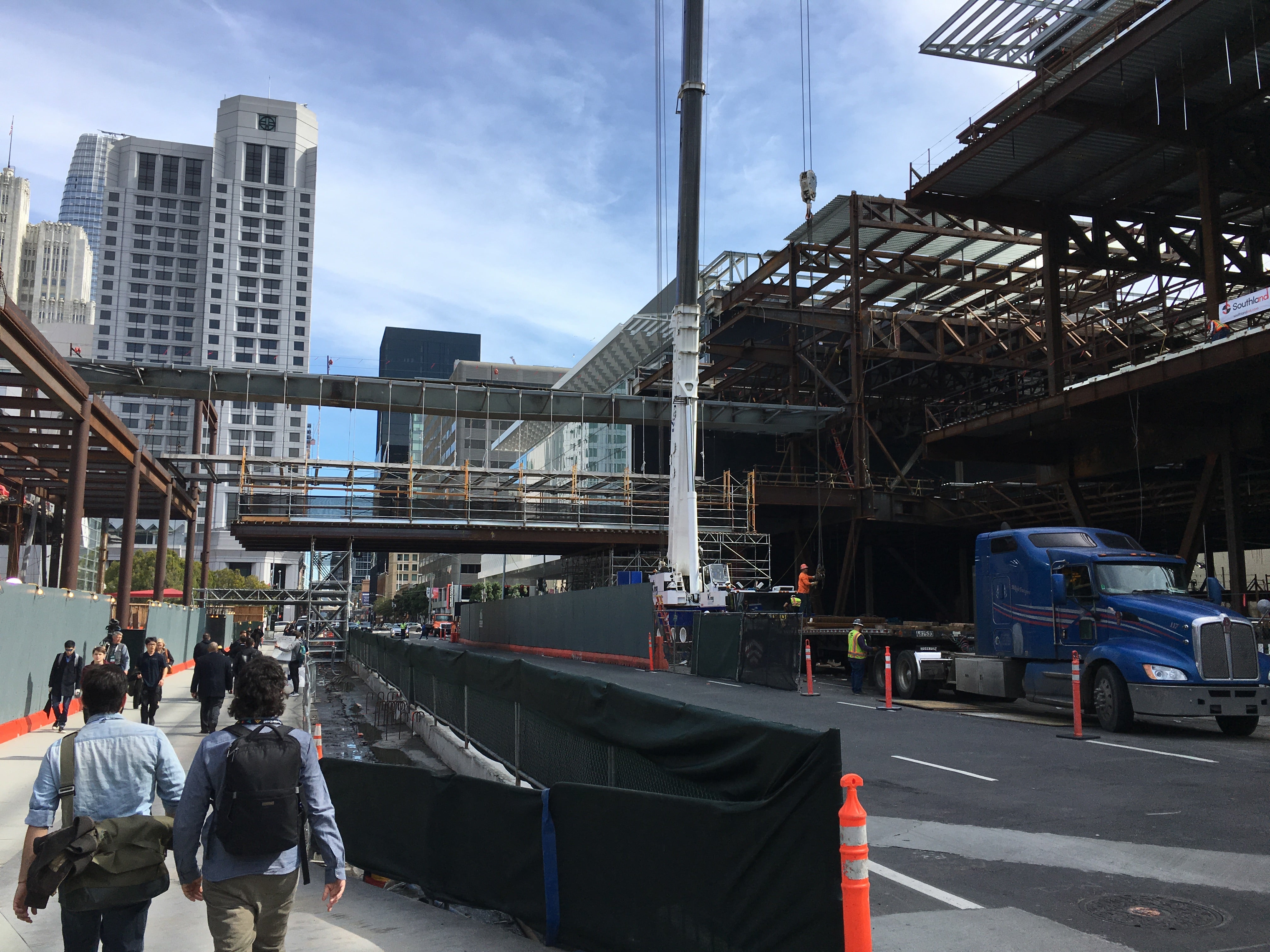 And I do mean the footpath: The south footpath is completely closed off, which means that if you're heading down Howard Street to either the North or South halls, you are funneled into one single temporary walkway. That's not so bad today, when the show is still ramping up, but when the expo floor and main conference tracks start on Wednesday, things could get crowded. 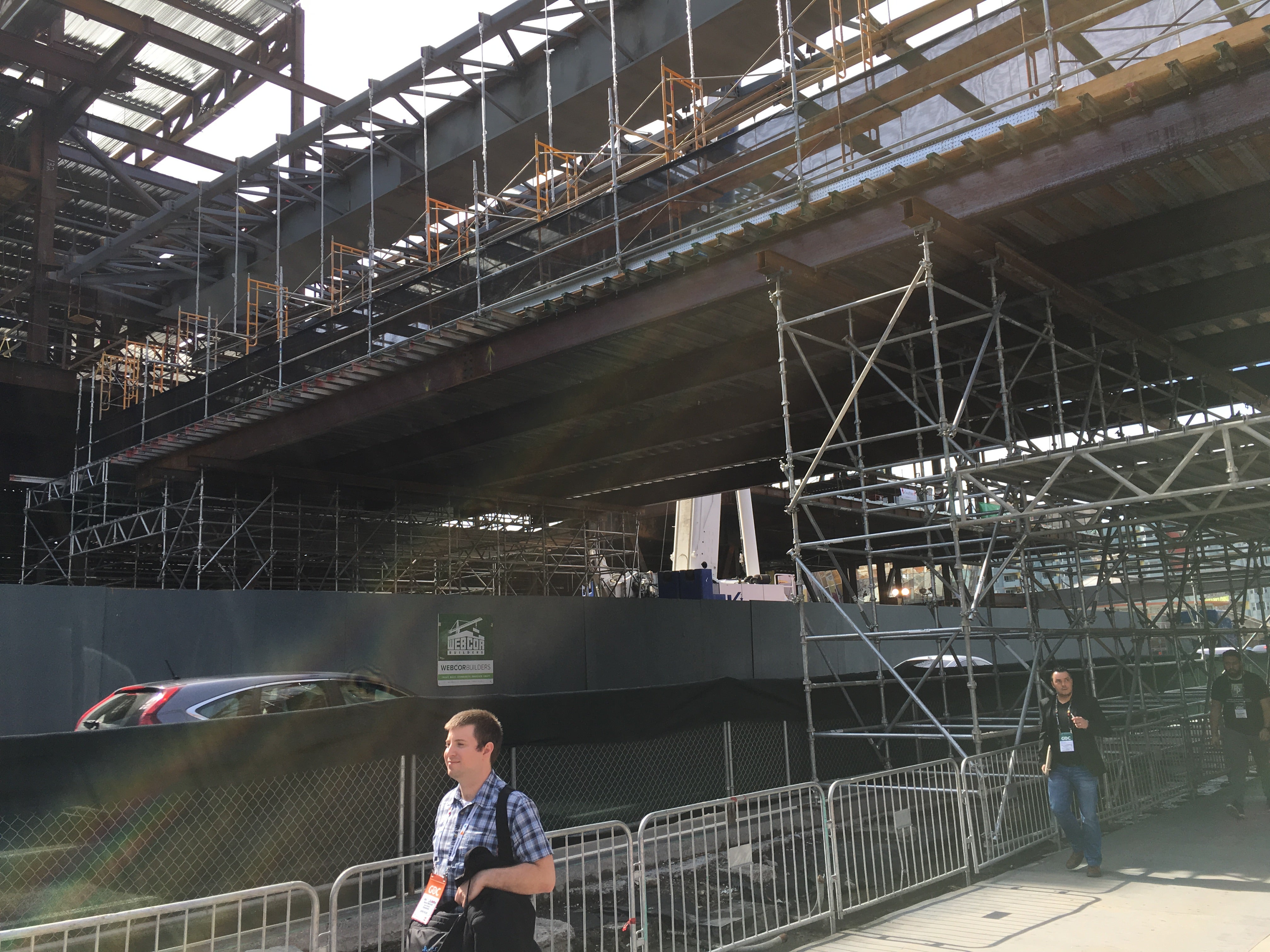 The expansion is scheduled to be completed by December, meaning that next year's GDC will be one of the first shows to take place in the new, much larger, Moscone. 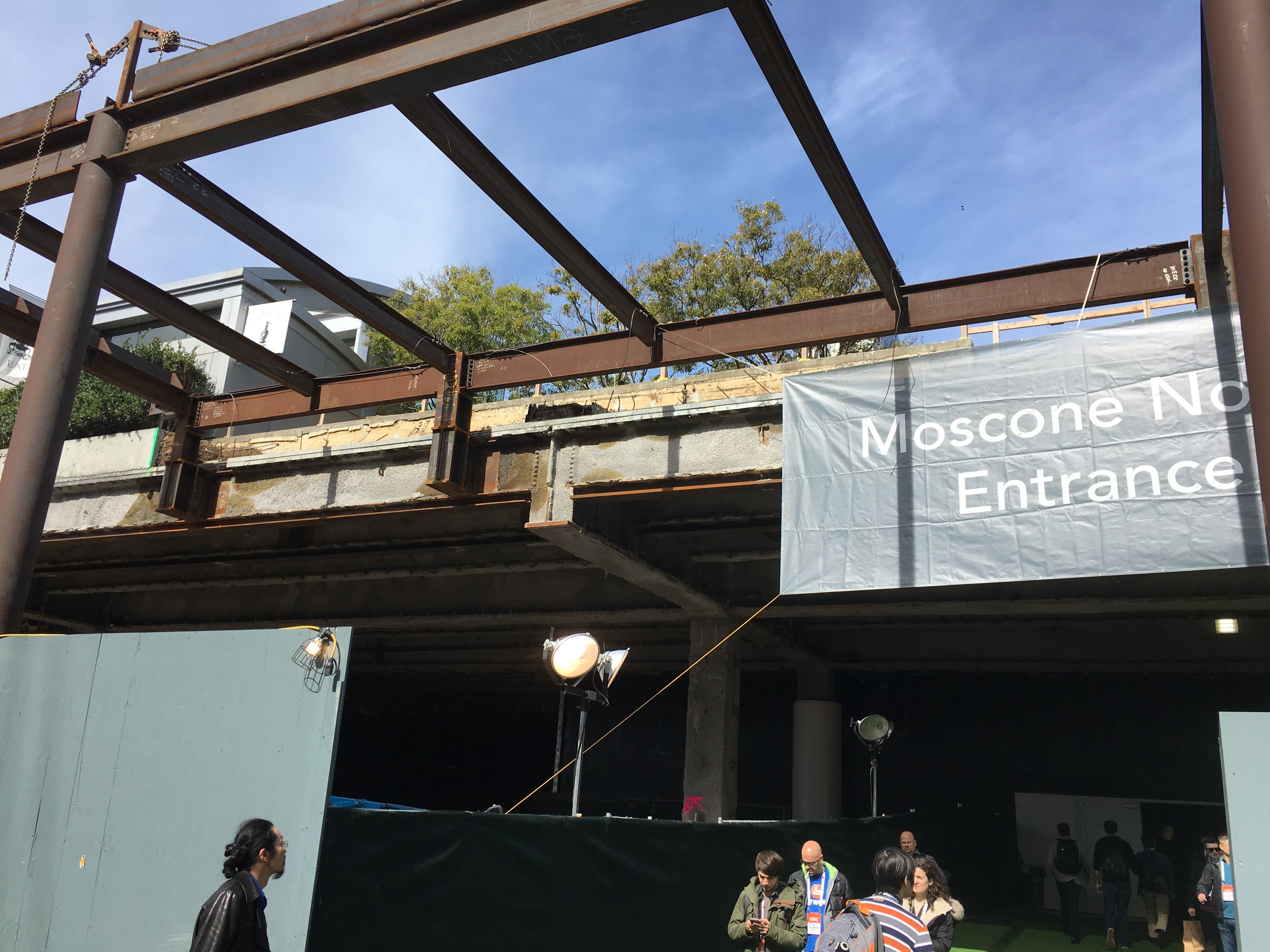 I don't know if that could be any more memorable, though, than the year of the Unfinished Convention Center.