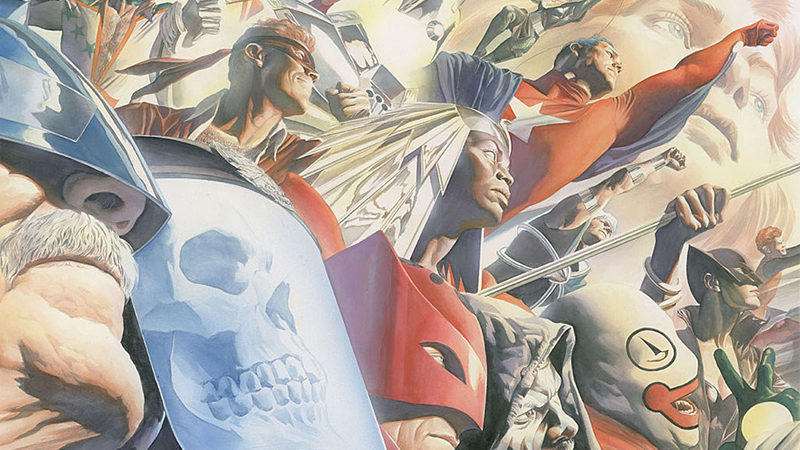 Kurt Busiek, Brent Anderson, and Alex Ross' Astro City is one of the longest-running superhero series around — yet it's also one that's never actually been adapted for screens big or small. That's about to change, apparently.

Deadline reports that FreemantleMedia North America, the producers behind Starz's hit adaptation of American Gods, has negotiated a deal with Busiek - who has long held the adaptation rights to the series, even though it's been published by Image and, currently, DC Comics - to turn the decades-old series into a live-action TV show.

Busiek will co-write the script for the pilot alongside Rick Alexander and they will both take on roles as executive producers for the series with Gregory Noveck.

Set in the titular city, Astro City is an anthology comic that follows the lives of the superheroes, supervillains, and ordinary citizens who call Astro home, both in their private lives and on superheroic adventures. It's an intimate examination of superheroism that has stretched across multiple time periods in the city's history, from silver-age-style adventures to more modern-set tales.

This isn't the first time someone has actually attempted to bring Astro City from page to screen — a 2010 announcement of a movie project has long since stalled.

But we've long believed TV is the perfect home for a series like Astro City, so we're hoping that this one makes it.