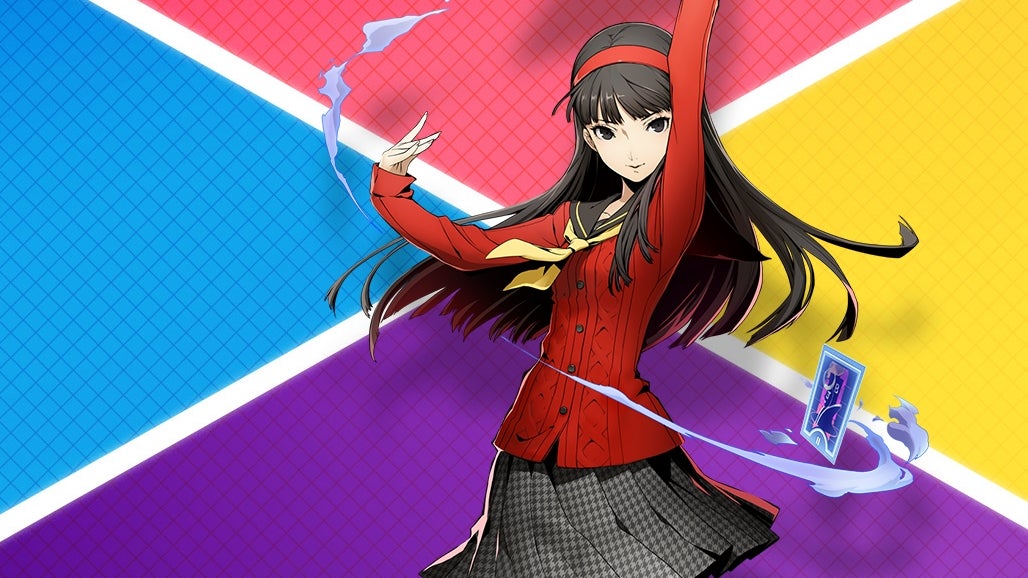 The fighting game community is currently exploring BlazBlue: Cross Tag Battle via a beta test to uncover its secrets before the official May 31 release date. But as is often the case, this demo is limited to a handful of modes and doesn't include a built-in place to practice solo, forcing players to use one character's specific skills to cobble together their own training mode.

Training modes in fighting games often include a variety of options to aid players trying to learn the game. These include regenerating health and abundant super meter as well as ways to set certain behaviours for the training dummy, such as crouching or jumping.

BlazBlue: Cross Tag Battle's beta only includes online and local versus modes, meaning that players who want to practice against a static target need to set up an additional controller and make do with two-player option in lieu of a legitimate training area.

This method has some inherent flaws, however. Due to the lack of regenerating health, players only have a limited amount of their opponent's life to work with before a character is killed off, which can make learning longer combos a pain.

And the only way to build resources for EX and super moves is to receive or inflict damage, putting even more strain on the finite health pool. This all adds up to a sub-optimal experience if a player's only goal is to spend as much unfettered time as possible with BlazBlue: Cross Tag Battle's various gameplay mechanics. 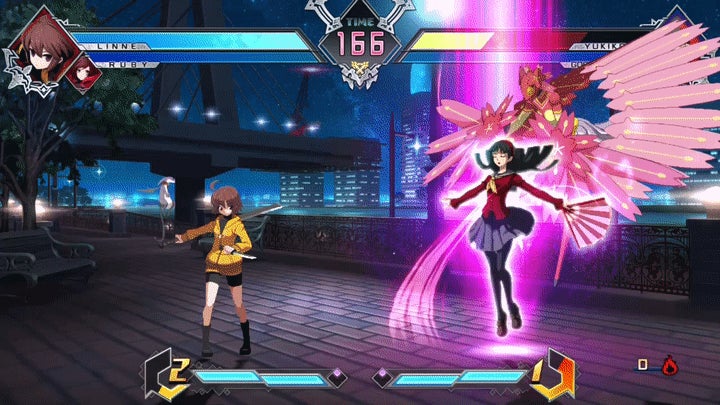 That's where Yukiko Amagi comes in. Originally introduced as a healer in the Atlus-developed role-playing game Persona 4, Yukiko used her regeneration skills in her fighting game debut Persona 4 Arena and, naturally, carries them over to this new title.

Every character in BlazBlue: Cross Tag Battle has something called a Reversal Action, an invulnerable attack that typically manifests as an uppercut or counter move. Yukiko's Reversal Action, however, heals her for as long as the requisite buttons are held, making her a prime candidate for training mode fodder.

Once Yukiko's lifebar gets low enough, players simply have to use a second controller to refill her health and keep on training.

As soon as the beta opened on May 9, players began to post their findings on social media. It's not clear when the Yukiko tactic was discovered, but it was hard to find videos without her in the opposing position shortly after the testing period started in earnest.

Since then, the poor highschool student has been used to show off lengthy combos, wakeup options, unblockables, and more.

Ruby basic corner combo extension into assist cover oki. Wait for the flip before you call the assist if you want it to be free. #TAG_ES #TAG_RR #BBTAG pic.twitter.com/jwSIewNGx5

Yukiko has become so prevalent as a stand-in training dummy that a few jokes have popped up both lamenting her current fate and showing appreciation for the research she's enabled.

Thanks for taking one for the team Yukiko.
I don't know why I used the last few hours of my life to draw this lmao.
Plz don't bulli Yukiko. pic.twitter.com/otUhXtCmd0

Yukiko after a hard day’s work of being a fake training mode in #BlazBlueCrossTagBattle pic.twitter.com/rS7PKHVs5T

pls everyone take a moment to pay respects to the character who let's us practice pic.twitter.com/bhuuMZ3Qib

Fighting game competitors will take anything they can get when it comes to playing a game early. Before the BlazBlue: Cross Tag Battle beta was widely available, players reported their findings from trade shows and, more recently, compiled spreadsheets of GameStops that made the game available through their demo kiosks.

This is less about getting a leg up on the competition, however, and more for the thrill of discovery that continues to act as the main motivating force for most of the fighting game community. Please thank Yukiko for her service in these trying times.