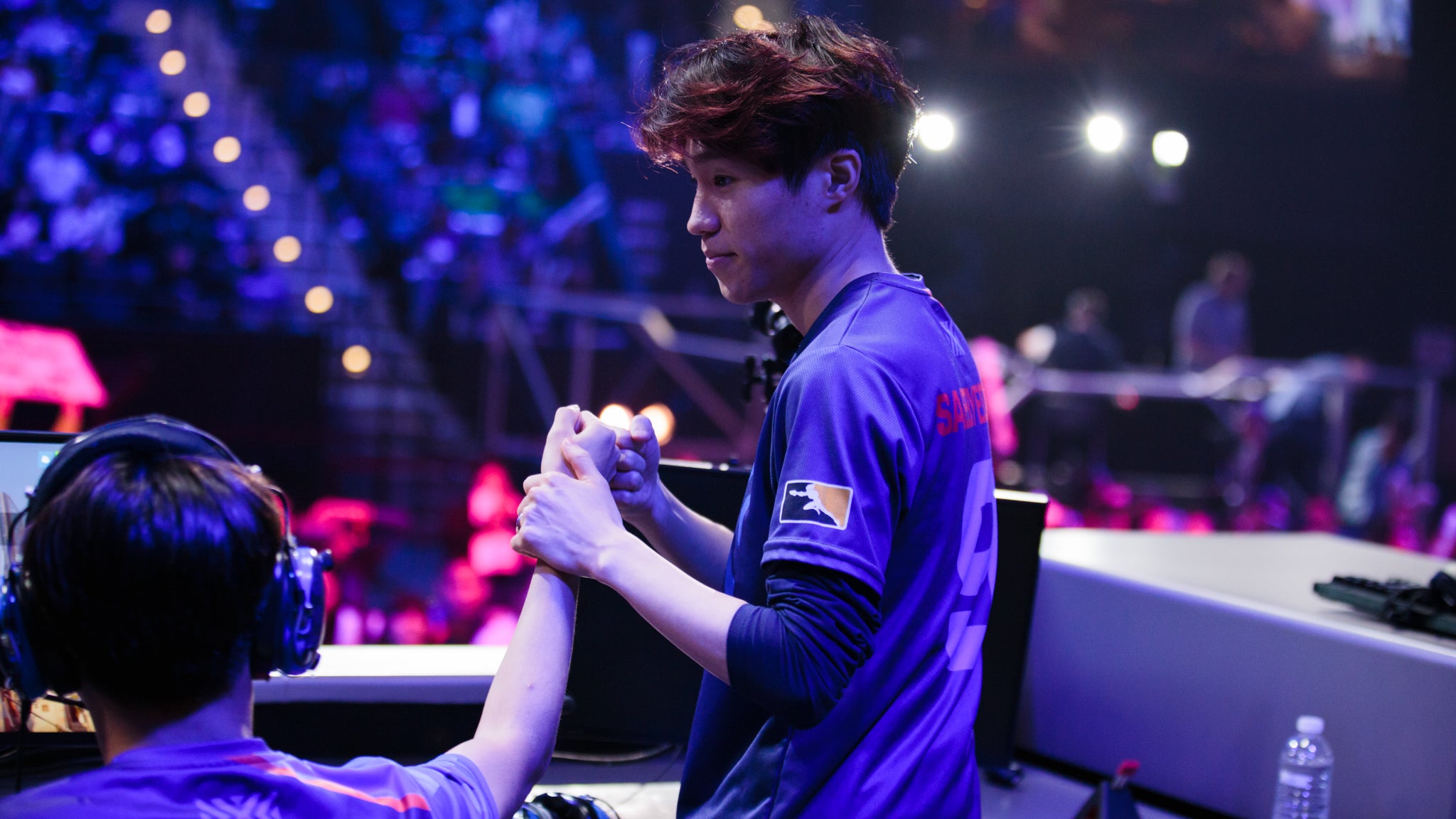 2018 is not a grand year. Every day there's some new catastrophe, a social media tirade gone awry, or some other horror. Fans are rioting, Kanye is tweeting, and we're all drinking shitty cocktails. But there is one beacon of hope: an Overwatch pro and his wife, and their too-wholesome-for-this-world streams.

Park "Saebyeolbe" Jong-yeol is a member of the New York Excelsior, the current top team in the Overwatch League, and is considered one of the best Tracer players in the world. He's smart, twitchy, accurate — all the best aspects of a good DPS player. He's also married, which has fused onto his persona in an incredibly adorable way.

Eagle-eyed observers have noted that during Overwatch League matches, Park plays with a picture of his wife next to his setup. He calls it his "good luck charm," and when he was asked about it during a Twitch AMA, his answer made the translator pause for a moment.

"The reason why I always carry around my good luck charm is because I always, constantly want to see my beautiful wife," said Park. "So every time I miss her, I can just take it out and just see her face."

It's inspired jokes about the "married man meta" — that Park plays better due to his happy marriage — but it's nice to see a pro gamer show their emotional side. The couple also stream together, and when they team up, it's cheerful and supportive and a bright light in this dim, dismal hell world of 2018.

Here's Park nano-boosting his wife, playing Reaper, before she gets the drop on the enemy team and clears them out with her twirling Death Blossom.

And here's another from the New York Excelsior's Twitter account, where Park drops a graviton surge to vacuum in the enemy team, leaving them grouped up for his wife's pulse bomb.

The teamwork, the excitement, and the big cheers while they're playing is adorable and gives me life. Despite all the daily disasters of Hellscape 2018, the married man meta is a beacon of hope.