Hearthstone has shifted and bent its shape a handful of times over the years. When its first Naxxramas-themed “Adventure” expansion released in 2014, it took the shape of a single-player strategy game. Most recently, with Kobolds and Catacombs and The Witchwood, it took the form of a dungeon-crawling roguelike.

And now, with the launch of The Boomsday Project’s Puzzle Lab, Hearthstone is a puzzle game too — and a pretty good one at that.

Framed as a new “Solo Adventure” in the game’s interface, the Puzzle Lab is surprisingly fleshed-out in the way it’s presented.

While Hearthstone’s somewhat-static interface doesn’t seem to leave much room for the features you care about in one-off puzzle games, such as the ability to quickly restart a level or transition between puzzles you’ve already unlocked, the Puzzle Lab has been carefully designed to feel like its own thing; rather than a variation on the Hearthstone formula, it feels like a full-on puzzle game in and of itself. 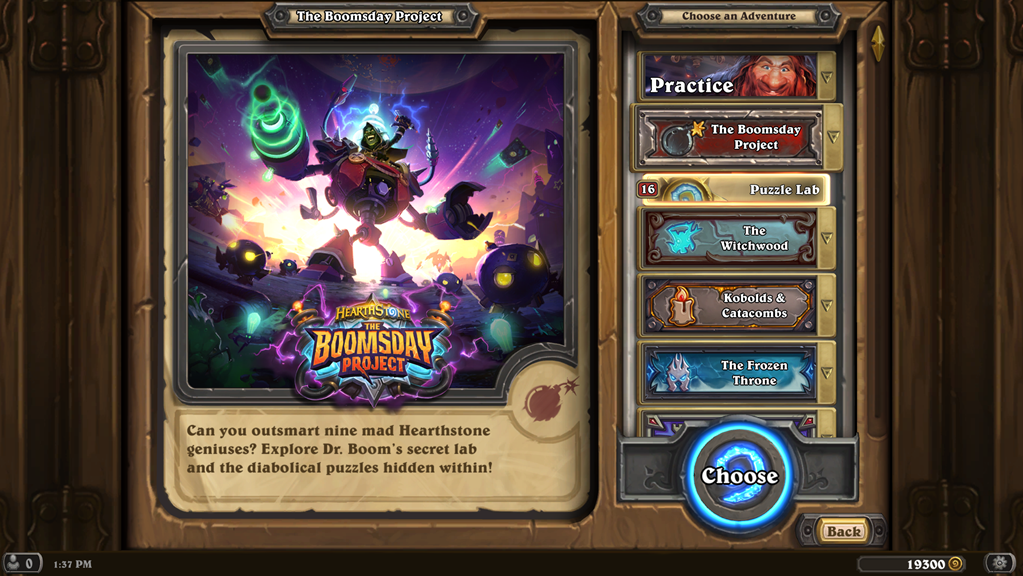 The puzzles themselves are similarly thoughtful, and are sorted by their different objectives. Some puzzles are “Lethal” puzzles that challenge you to deal lethal damage to the enemy hero using the cards available to you, while others make you try to “Mirror” the opponent’s board or clear the board of minions entirely.

As static, self-contained puzzles, they’re crafted in such a way that you really have to think about what a card is going to do. If you’re completely at a loss, you can experiment with different interactions and see what happens.

Starting off with easy, self-explanatory situations any Hearthstone player has probably seen hundreds of times, The Puzzle Lab quickly escalates in difficulty as it forces you to consider the sequences and positions in which you play your cards. By confronting you with fringe situations you might rarely, if ever, see in the context of an actual game, it tests your ability to think laterally with tools you’re already familiar with.

Some puzzles even introduce mechanics that don’t exist as standard Hearthstone cards, providing possibilities that would be extremely overpowered in the context of the standard game itself, but which make the puzzles much more compelling to unravel. 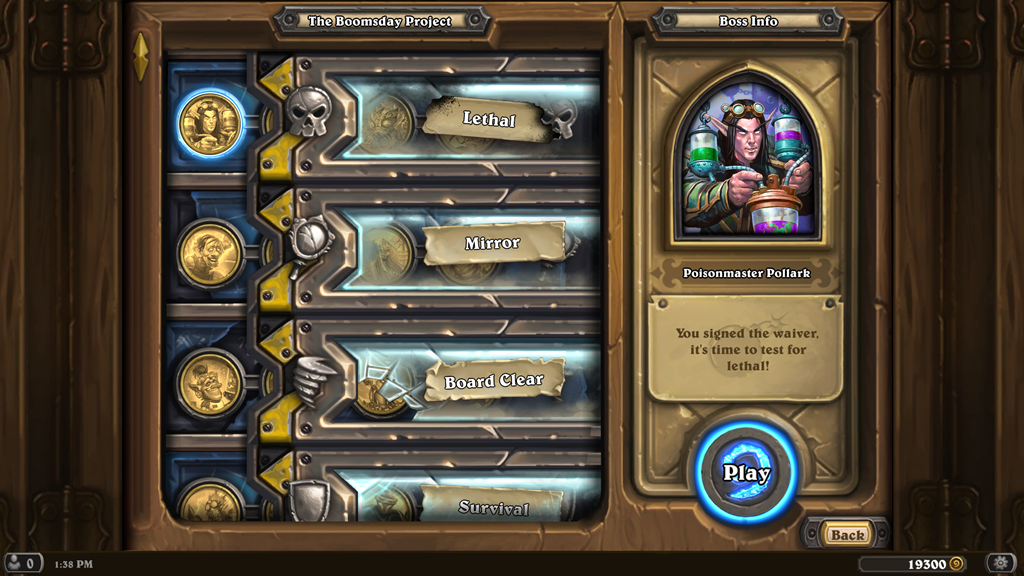 Hearthstone has always had this element to it: Situations where you could take a thousand different paths and only one would be truly correct. Seeing it all in front of you this clearly, though, is a reminder of how nuanced Hearthstone can get when you have a limitless turn timer and a complex board state in front of you.

There’s no luck involved here — just you, an awkward rat’s nest of cards, and hopefully, enough ingenuity to unlock what’s next.

The only part about the Puzzle Labs that’s somewhat difficult to reckon with is one that should be familiar to any person who’s played a puzzle game in the recent past. Since these puzzles are all specifically authored and static, there’s almost no replay value, especially when compared with a randomised mode such as the Monster Hunt or Dungeon Run.

Still, with its carefully curated challenges and parade of inventive new mechanics, The Puzzle Lab is an up-close encounter with some of the best interactions Hearthstone has to offer, and one of the game’s most refreshing single-player offerings to date.