Jakub Cislo is a game developer who wears his influences on his sleeve. His just-released game, Project Warlock, is a chunky shooter stew made from the gory giblets of classics like Wolfenstein and Doom. It’s a pretty typical palette of influences — until you consider that Cislo is 19, and all those games came out before he was born.

Cislo, originally from Poland but now living in Germany with his parents, goes to high school with people who’ve never even heard of the games he so fondly remembers. They play Call of Duty, Fortnite, and PUBG, he said, while he crafts the most faithful tribute to shooters from the ’90s he can muster. It all started with his dad.

“I was born in 1998,” Cislo told Kotaku via Discord, “and my father introduced me to all of these classic FPS games like Blood, Heretic, Hexen, and Doom, and some other titles, too. I fell in love with them because they were really fun and fast-paced… You can carry way more weapons than in some modern titles, and fun is more important than story.”

Cislo told me that the level design of these games was a breath of fresh air compared to the more linear shooters coming out when he was younger. “What surprised me is that these levels actually make you use your brain,” he said. “You have to think a lot where to go and how to use certain things like switches and keys. It really makes you think about what you’re going to do next and where the next secret could be, what could trigger that secret.”

Cislo has tried to replicate all of that in Project Warlock, and so far, people seem to be digging it. Reviews on GOG (where it’s a timed exclusive) are almost unanimously positive, and based on personal experience, I can say it’s a fast, superbly satisfying throwback shooter. There are modern touches in there, too, like weapon and character upgrade systems. Also you get to play as a warlock, a surprisingly underrepresented demographic in FPS games.

But Cislo didn’t become a nostalgic-beyond-his-years developer overnight. He first cracked open a copy of Unity and decided to try his hand at game development “five or six years ago,” his only teacher a handful of YouTube tutorials.

Two years ago, he let people try out an early version of what would eventually become Project Warlock. The ease with which anybody can now make a game that looks and sounds professional meant that Cislo’s early work was subject to scrutiny just as harsh as any big studio game, including his inspirations. Cislo was just some kid from Poland, and his early work was not well-received.

“That was my main goal: to show people that I can really improve upon my work and that I won’t back down.”

“It gained some audience, but not much,” Cislo said. “I got a lot of hate on Steam and on some Facebook forums where people would say that it looks really bad.”

At first, he couldn’t help but feel discouraged. “I really thought that people are not nice at all, because all I wanted to do was just make a fun game,” he said. 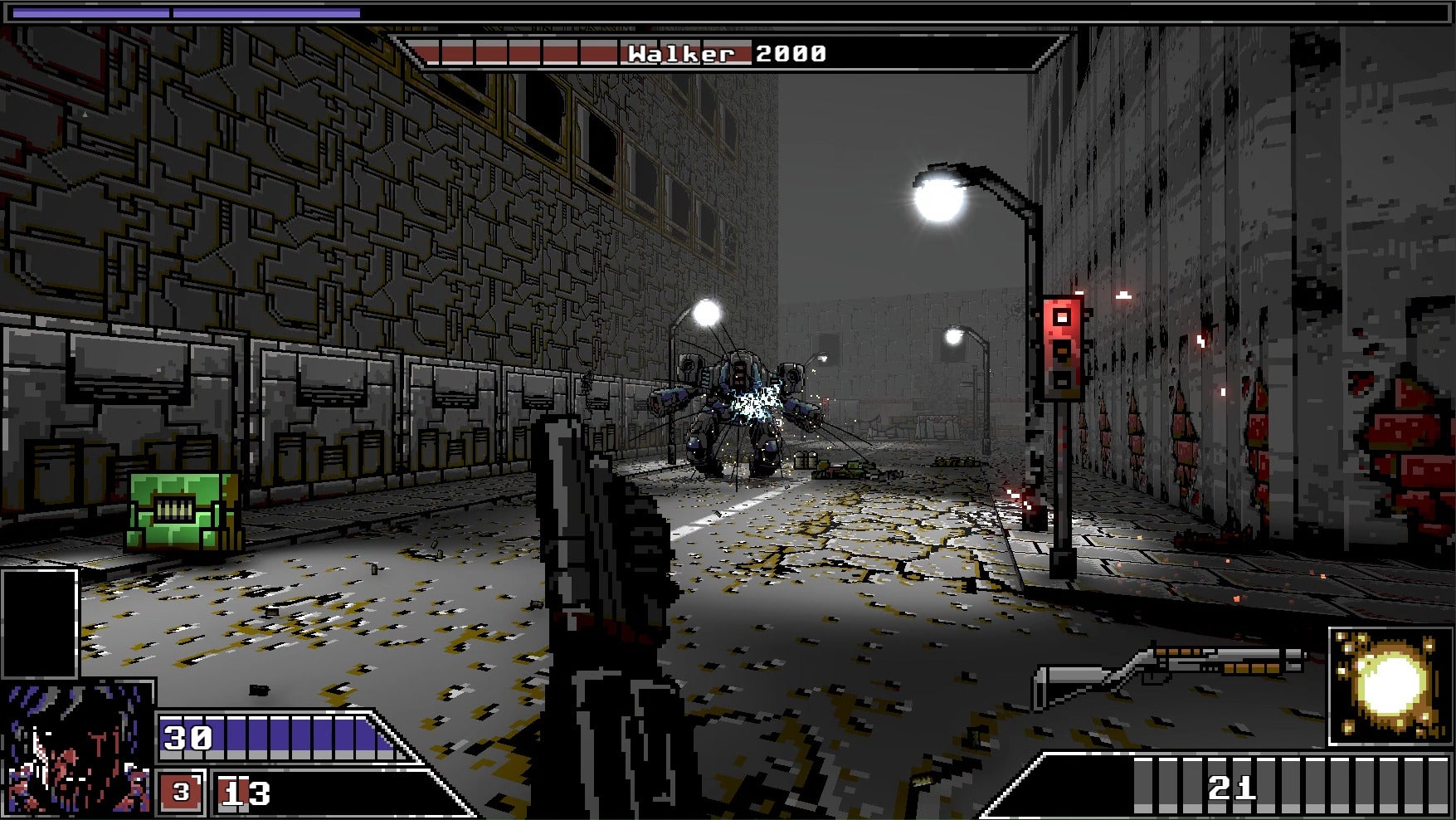 But he discovered kernels of constructive criticism nestled among all the hate, and more importantly, he found motivation. “I just tried to use the criticism to improve the game, so they wouldn’t be able to say anything bad anymore. That was my main goal: to show people that I can really improve upon my work and that I won’t back down.”

Cislo put together a team, bolstering his ranks with an artist, a level designer, and a sound designer. This, he says, led to a game that looks and sounds completely different from the one he prematurely put out into the world a couple years ago. Before long, the newly snazzy-looking game got noticed by a publisher, who helped Cislo and his team strike a deal with GOG to distribute and promote the game even further.

As Project Warlock‘s primary developer, Cislo’s has had to dedicate every spare second to getting it out the door. This has been a challenge, because he’s in high school, and it’s not like he can just up and take time off.

“Once I come home, I just go straight to my PC and start working on the game,” he said. He noted that he sleeps “a lot less” and spends “a lot less time with my friends and family” in order to dredge up even more development time. He said it’s “hard,” but he can see the light at the end of the tunnel, and that keeps him going. Plus, his grades are still good.

It helps that Cislo’s parents are supportive — especially his dad, who’s an electrician. Now his son’s found a technical career of his own, and one that’s rooted in games he introduced him to as a kid, no less. 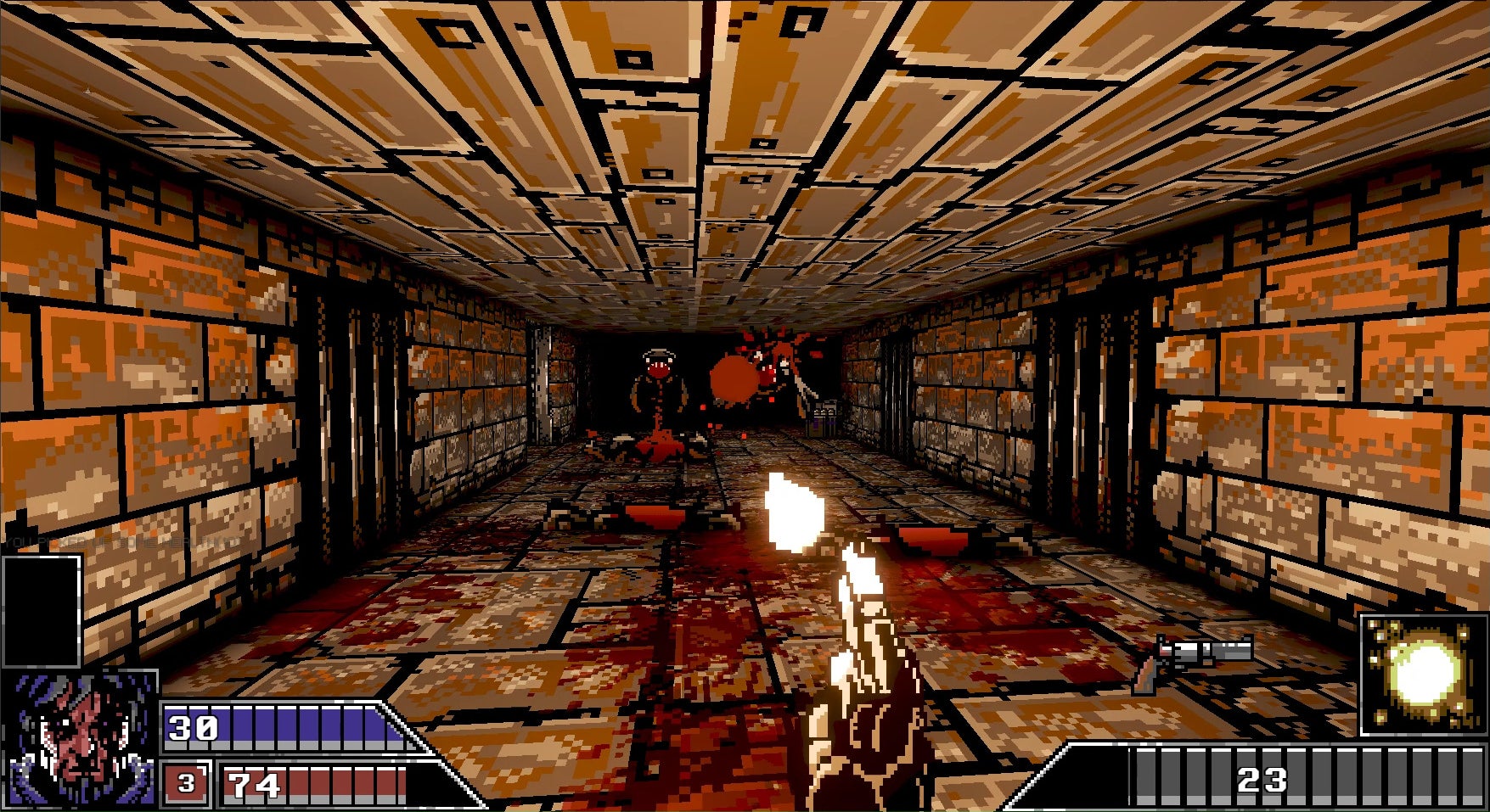 While Cislo was hesitant to elaborate, he said that the recent move to Germany was prompted by “financial issues” faced by his parents. It’s been a jarring transition that’s forced Cislo to learn German and attempt to maintain a long-distance relationship. Then there’s the current state of the world, which he said weighs on him, despite his relative youth. He’s got a lot on his plate, which is something else that has, in its own way, inspired Project Warlock.

Like many of us, Cislo said he’s nostalgic for a simpler time: the ’90s, during most of which he was not alive.

“I think that ’90s were a really good period of time,” he said. “Technology was new, and PCs were not really spread throughout the whole society in Poland or other countries. I think these times had less stress and people were more happy. I think that’s the thing I’m missing right now. Because today we have a lot of different topics which might make us sad, or bring us more stress to our lives.”

“I think that ’90s were a really good period of time… I think these times had less stress and people were more happy. I think that’s the thing I’m missing right now.”

Despite the heap of stress he’s under, Cislo is doing his best to make things work. He even recently gave a presentation about Project Warlock in his German class. His Call of Duty and Fortnite-playing friends were impressed.

“They were pretty amazed that I’m doing something like this,” Cislo said. “And now they’re anticipating the game.” He ended up getting an “A or B” on the project — even though his German, the thing he was being graded on, was far from perfect at the time.

He’s also received praise from an unexpected source: John Romero, co-founder of id Software and designer on games like Wolfenstein, Doom, Doom 2, Hexen, and Quake. He, er, didn’t say a whole lot, but Cislo was thrilled to be acknowledged by one of his heroes.

“I woke up one morning, and I saw that there was a new comment on my Facebook fan page,” he said. “It was from John Romero himself. He commented on my Facebook page and said that the game ‘looks cool.’ I was stoked about his comment because that meant he had found out about this game himself.”

Cislo ended up DMing Romero about a secret level in Doom 2, but they haven’t spoken since. 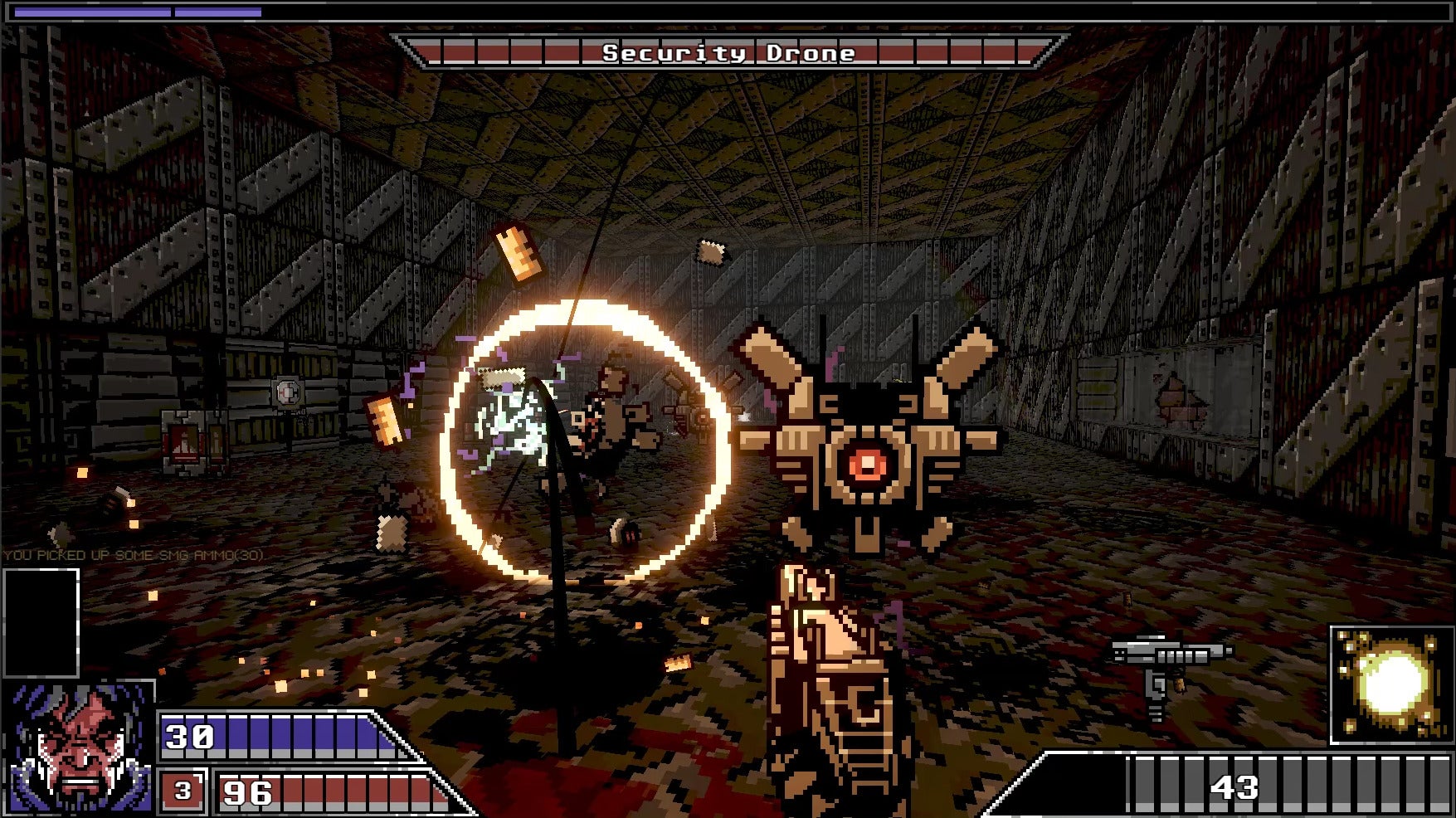 If all goes according to plan, Cislo will continue to tweak and improve Project Warlock over time and add things like a level editor. He hopes it’s successful, because that’ll mean he can lend his parents a much-needed helping hand. “I hope to,” he said when asked if he’s planning to give his parents some of the money earned by Project Warlock.

Beyond that, his goal is simply to make more games. He’s worn out from game development and a plethora of life changes, but he refuses to slow down.

“I have too many ideas in my head to take a break,” he said. “I still want to do this, and I want to improve upon myself. I really want to get the best out of me.”