The Internet Reacts To Crunchyroll And Funimation’s Break Up

For the past two years, Crunchyroll and Funimation have been sharing anime broadcasts via a cross-licensing deal. Variety reports that agreement is over. Bummer.

Sony-owned Funimation has decided not to renew. The reason? According to Funimation president and CEO Gen Fukunaga in an internal memo, Sony is increasing inventions in the streaming company in order to make it “a global sub and dub anime brand.” Fukunaga added that Funimation and Crunchyroll parted ways “amicably this month.”

One of the reasons cited for #Funimation & #Crunchyroll breaking up was Sony wanting to take Funi in a different direction. Here's a chart I made to show Funi's place in the Sony family. pic.twitter.com/FPLF75ApVm

The good news, though, is that Hidive has inked a deal to become part of the VRV bundle.

Funimation (via ANN) confirmed the dissolution, adding that sub simulcasts could start as early as next season.

Many fans seem saddened — or, at least, annoyed — by the break-up, because this might mean you’ll need both Crunchyroll and Funimation accounts.

Woke: HIDIVE beginning partnership with VRV, meaning all Sentai exclusive shows like Made in Abyss, Land of the Lustrous, Legend of the Galactic Heroes, and this season's Bloom Into You will be so much more accessible

Crunchyroll-hime: Do you love me?
Funimation: Only partly, I only love my bed and my Sony I'm sorry.

With Sony in control of Funimation the split with them and Crunchyroll makes more sense now it's a damn shame though I really liked VRV it was the best of both worlds but it looks like that subscription will have to end and go back to dual subs to both again man this really blows pic.twitter.com/tcGncfE6j7

Crunchyroll "Wow Funimation, i love this pact we have!"

Just to illustrate how absolute shit Funi is for those outside the US. This is what happens when I try to just access https://t.co/MgC4BcxnQJ. They effing geoblocked their entire website. Are you shitting me. pic.twitter.com/QMdRWn1Xjt

Damn the deal between Funi and Crunchy is ending.
I only hope when DB anime returns, we can watch it properly without the service crashing.

During the run of DBS, Crunchy would often not work for hours, Daisuki was a good alternate around the time.https://t.co/eycnGhJPj8

Here's my response to Crunchyroll and Funimation no longer being partners:

Funimation leaving VRV is probably one of the worst things I've seen all week.

I used VRV specifically because it had both the subbed and dubbed anime that I wanted to watch. To say I'm a little peeved would be an understatement… pic.twitter.com/DSeiIYTBad

or be me and have Too Many Anime Streaming Accounts 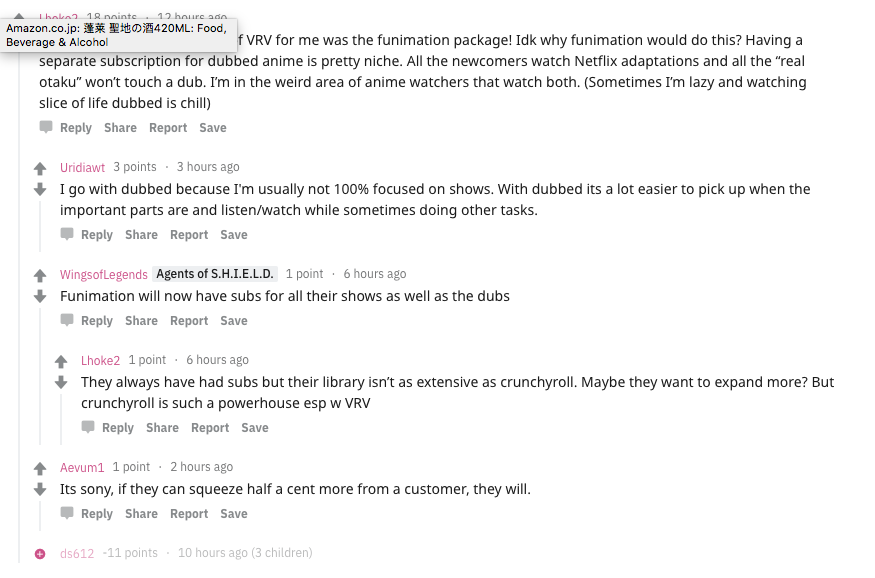 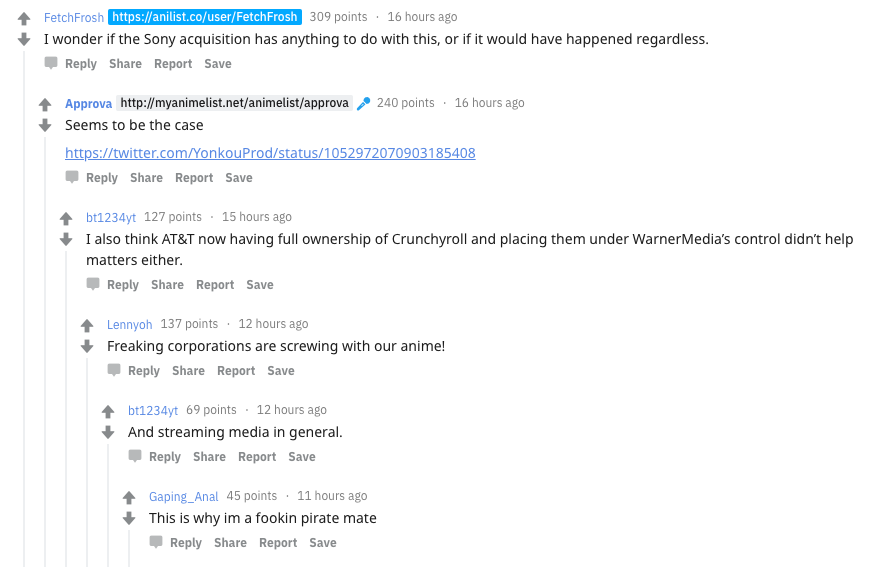