2018 was a dark time in the toy industry, as one of the biggest toy retailers in the country closed up shop, forcing collectors to stalk the shelves of Walmart and Target for their fix. But Toys’R’Us’ demise didn’t stop some outstanding toys from being released. Let’s play!

This is the first year in a couple of decades I haven’t been to a TRU at Christmastime. If I had, and didn’t already own most of them, here are the toys I would have picked up this year. 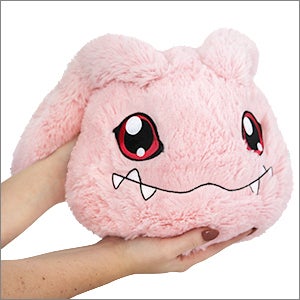 My wife and I are in love with Squishables, the mostly round, immensely cuddly stuffed animals. We owned over a dozen of the spheroid animal friends, and then the company announced a limited edition Digimon collection. Two of my favourite things, together as one. They proved highly therapeutic upon arriving home from my extended hospital stay in July. I had planned on showcasing them in a standalone article, but it took a while for my stamina to return, and the opportunity was missed.

But hey, I still love them, and they still have them in stock over at the official website for $US24.99 a pop.

New movies, new sub-brands and the ever-evolving Generations line (now Power of the Primes, soon War for Cybertron: Siege), means this year saw a whole lot of new Transformers hit store shelves. Here are the ones I liked the best.

Power Of The Primes Predaking

Last year I spent $US120 ($170) on Hasbro’s reissue of the 1980’s Predaking combiner team. This year, for $US160 ($227), Hasbro has given the amalgamation of five ferocious beasts a brand new look and feel. The new Predaking is a massive, detailed love letter to the original, perfect for re-enacting classic G1 cartoon episode “Call of the Primitives.” The leg beasts are a bit bulky, but the resulting stability in combined form is totally worth it. 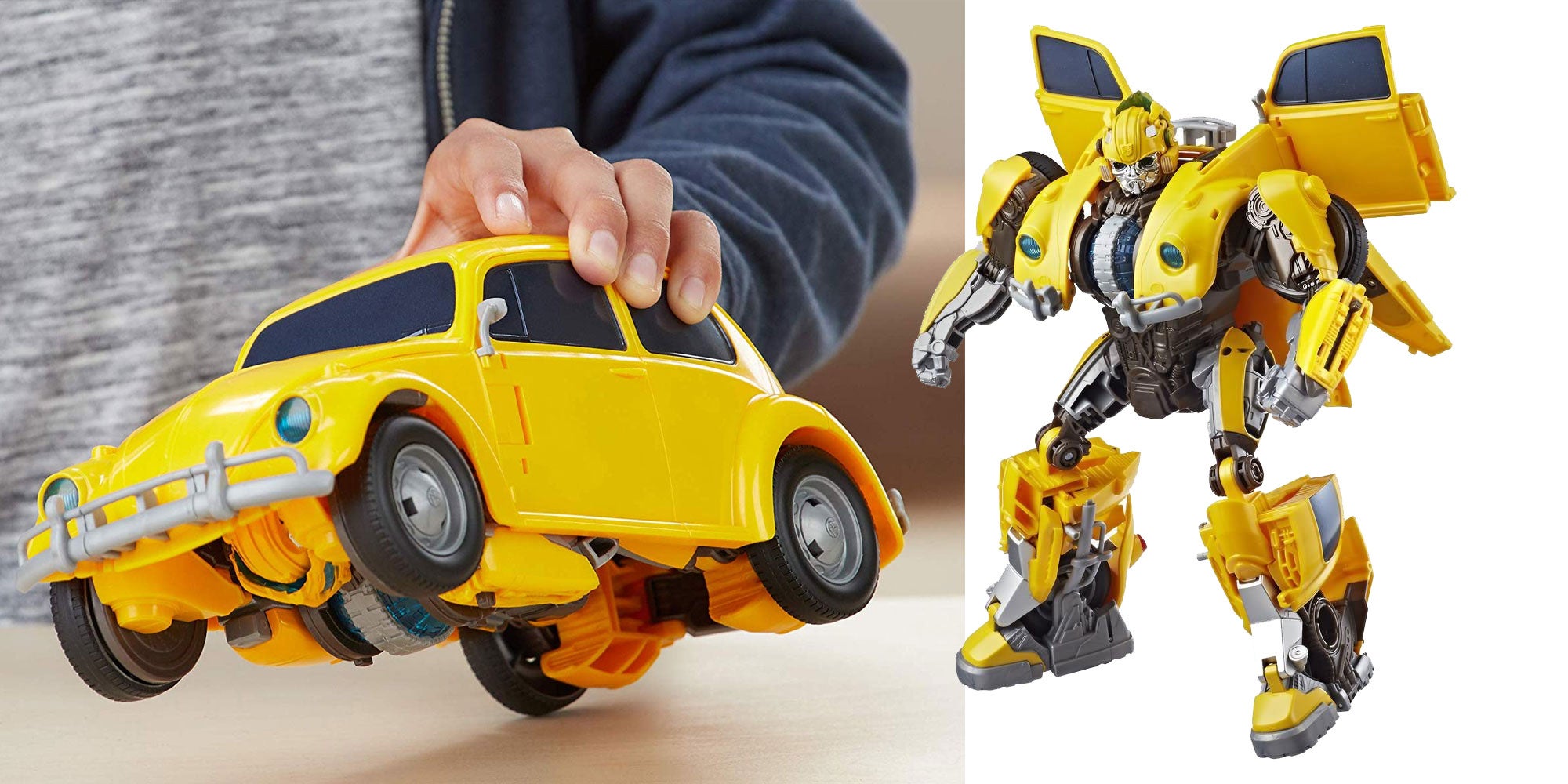 This month’s release of the Bumblebee movie has made it a very good year for Volkswagen Beetle Transformers figures. From reissues of the original tiny Bumblebee to my personal favourite, the $US50 ($71) Power Charge Bumblebee, yellow bugs are in fashion. Why Power Charger? It’s 25cm tall and talks. 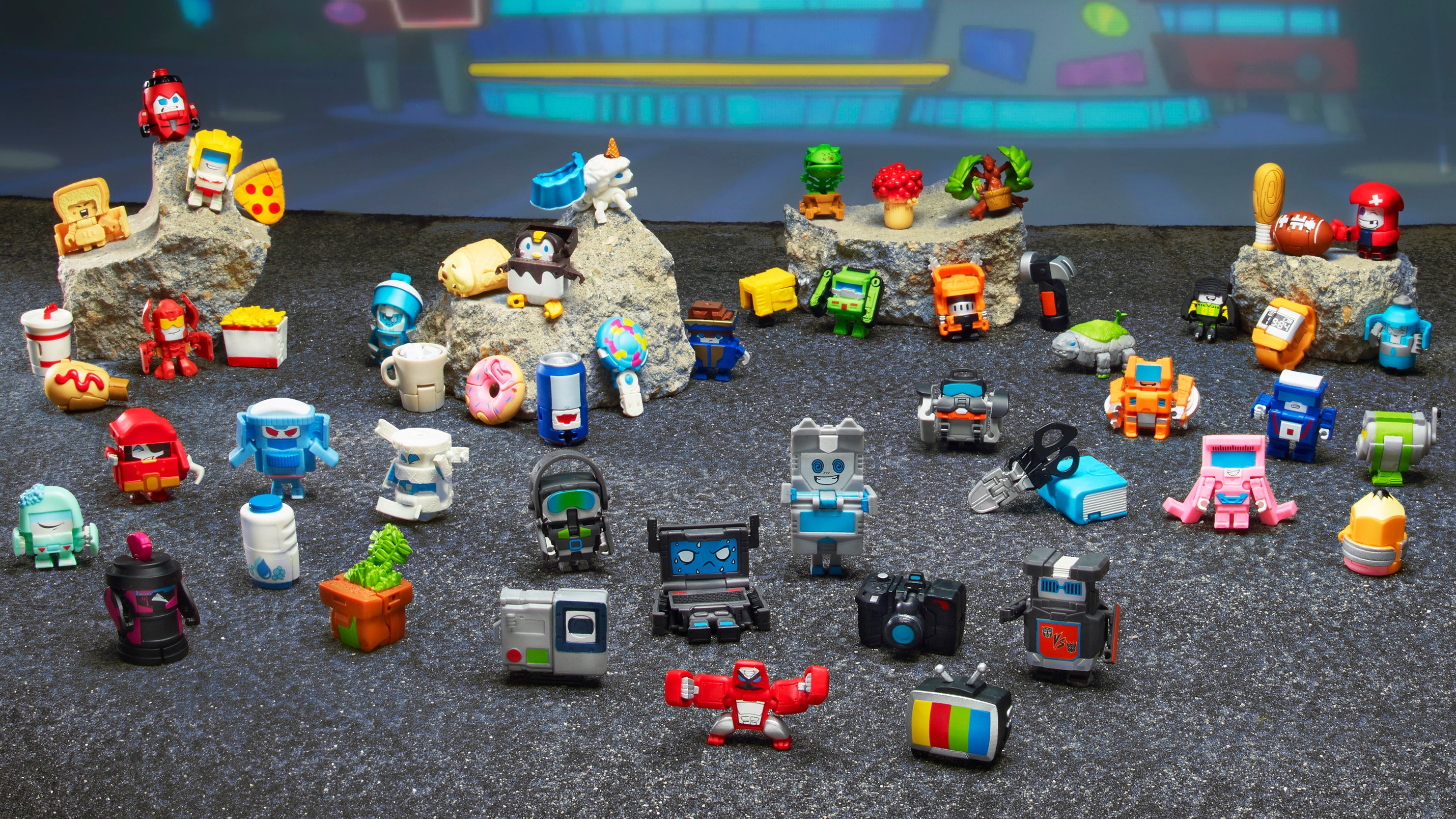 Bot Bots are an obvious attempt by Hasbro to cash in on the collectible nonsense craze—they are basically transforming Shopkins. But I like having the option of going to a store and picking up a random transforming thing for a couple of bucks. Sometimes that transforming thing is a cupcake. Sometimes a plunger or a house plant. I’m fine with all of these things.

I tried really hard to choose only one Lego item this year, but those classic bricks meant a whole lot to me in 2018. They helped me recover my manual dexterity after weeks spent sedated in the hospital, as well as helped build my confidence about being able to continue life as somewhat normal, now that I am paralysed from the chest down. So, I picked two. Well, one and an entire line.

Come on. This brilliant fan creation turned real product is one of the best Lego sets ever created. It would have been easy enough to throw together a set that allowed folks to build five Voltron lions, then tear them down to build a full Voltron robot.

But no, this is five lions made of Lego that, with just a few tweaks, combine into a ridiculously stable 46cm high model of the world’s most popular combiner. Building the massive $289.99 set was a highlight of my year. 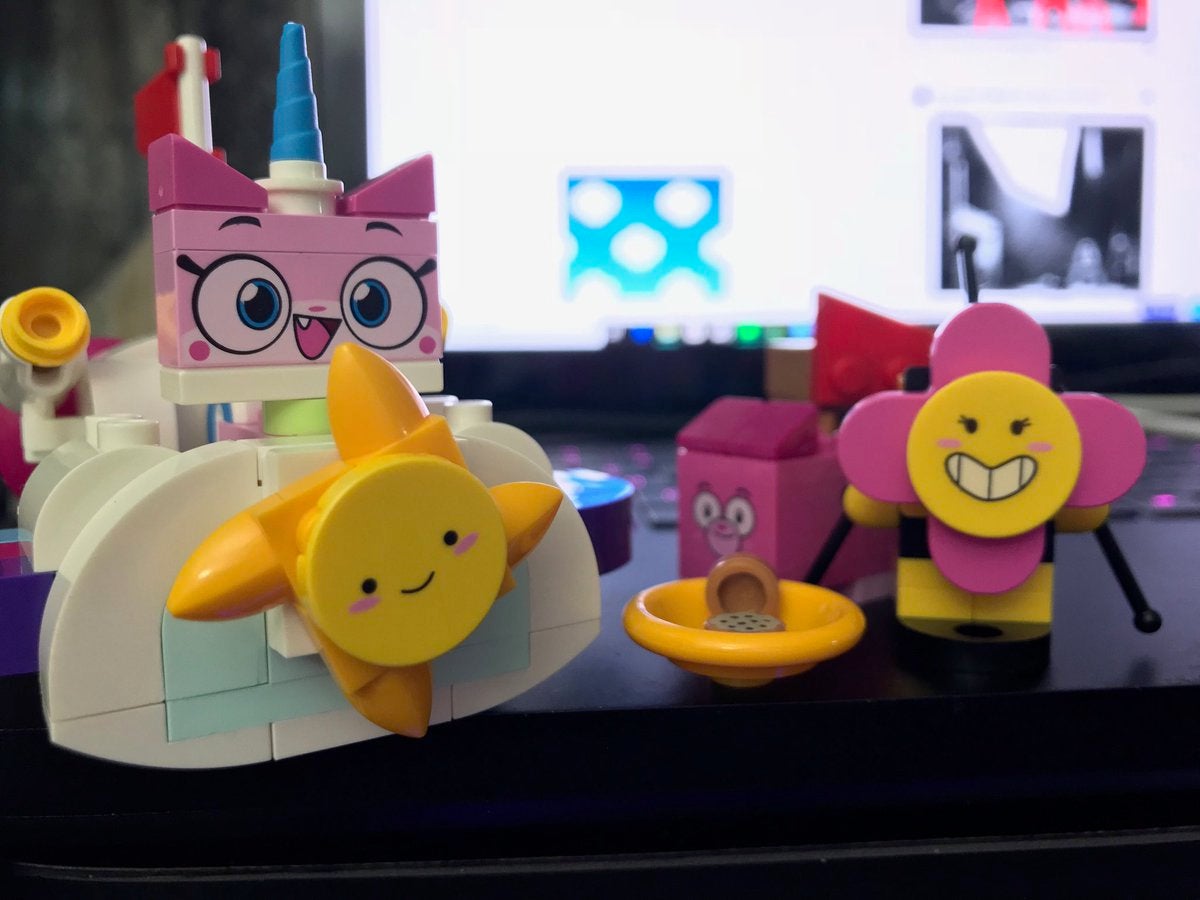 While in the hospital, I watched copious amounts of Cartoon Network, a channel that, at the time, seemed to only show three programs—Teen Titans Go, Craig of the Creek and Unikitty, a silly show based on the character from The Lego Movie. The pink brick kitten and her endless cheerful optimism has become my mascot. She is my spirit animal. 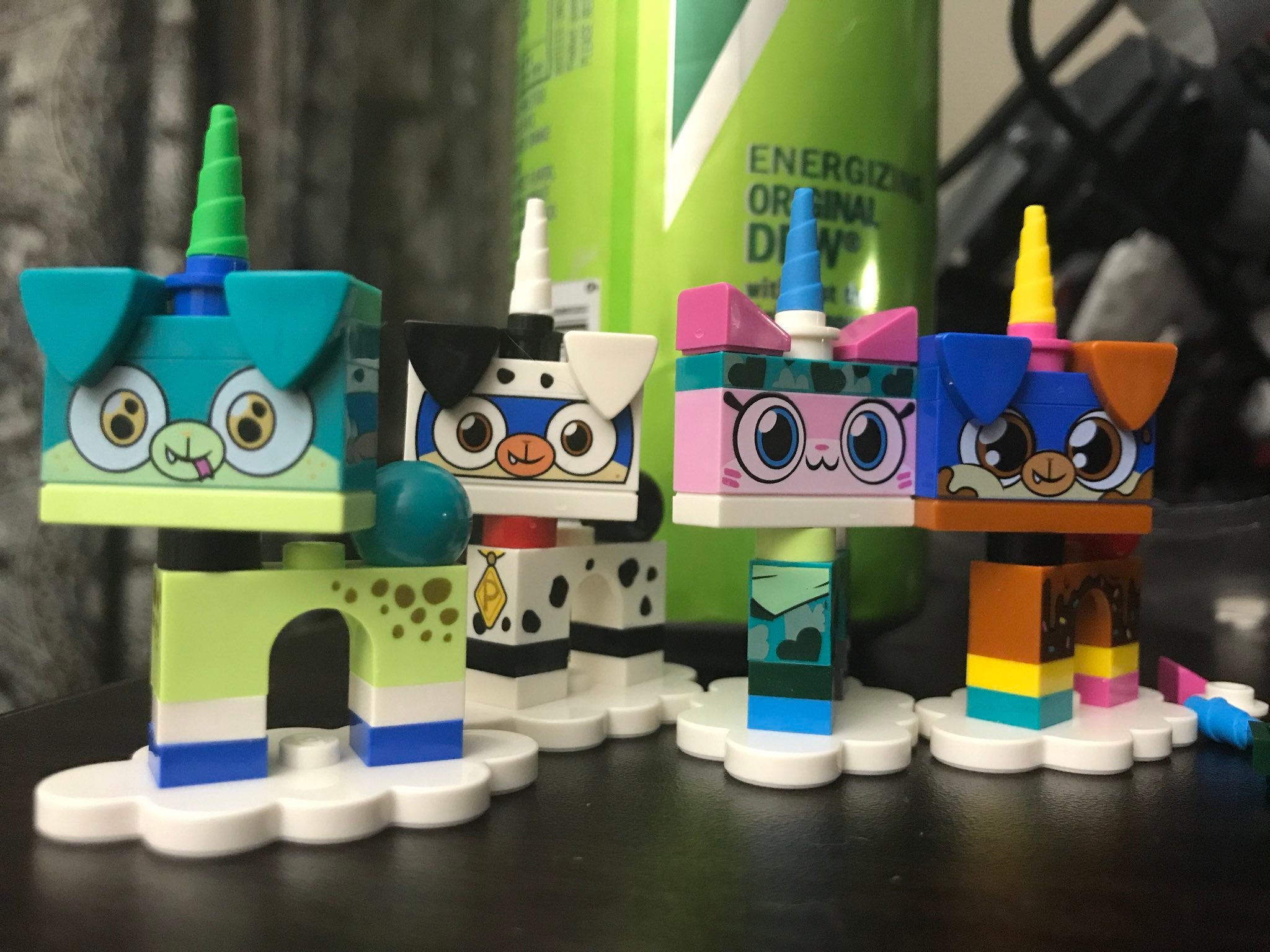 When I got out of the hospital and discovered Lego had released an entire line based on the show, I procured all the blind bag minifigures and every building set. I love each one. Bright colours, fun characters, and a morose guy named Rick that’s just a single Lego brick with a face. Perfection. 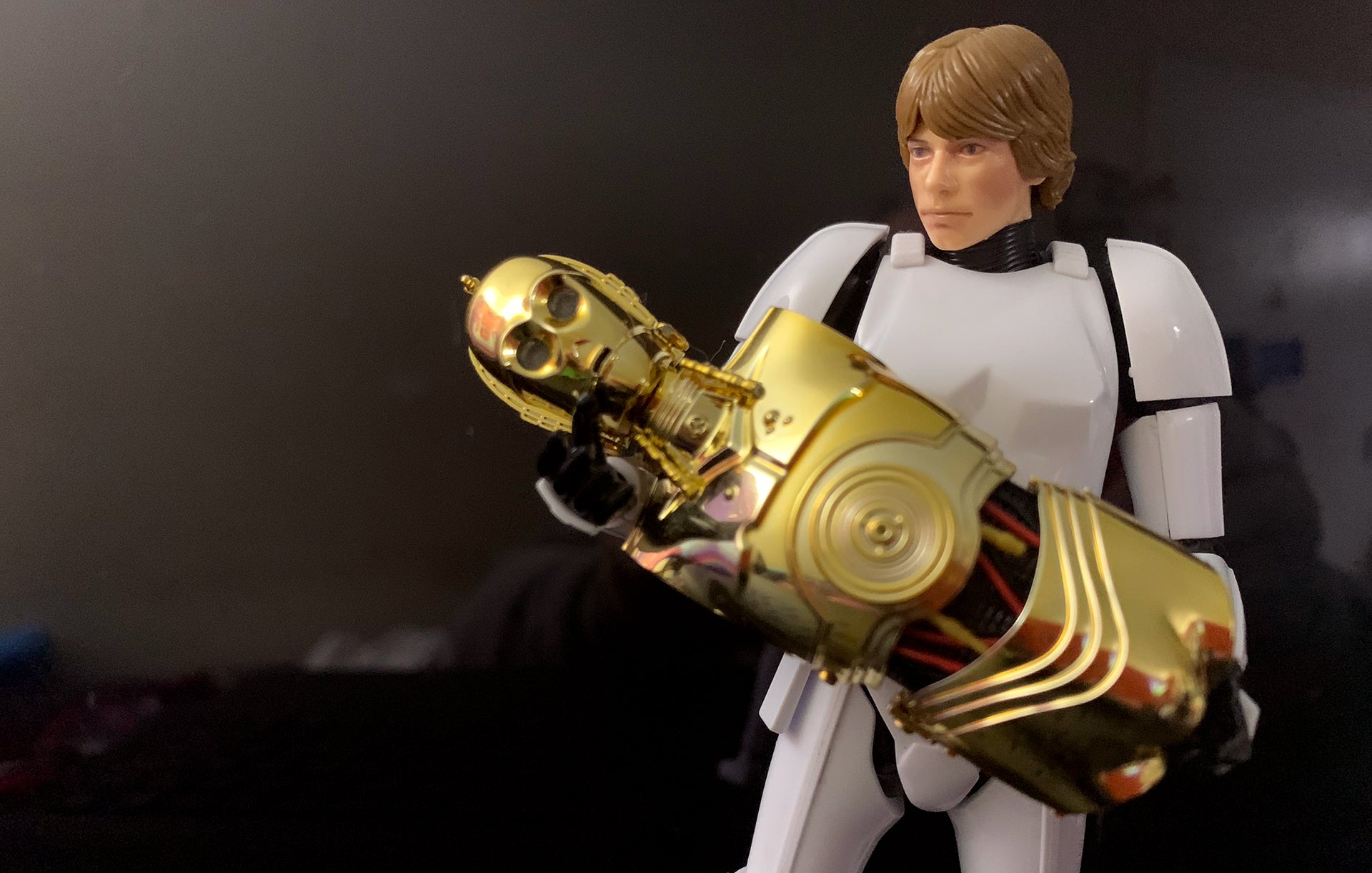 The folks at Bluefin Distribution have started something. They sent along a couple of Bandai’s Star Wars character model kits, pre-painted plastic pieces that snap together to create highly detailed figures. I built Luke and got most of the way through C-3PO before I started having trouble with my large fingers handling small parts. 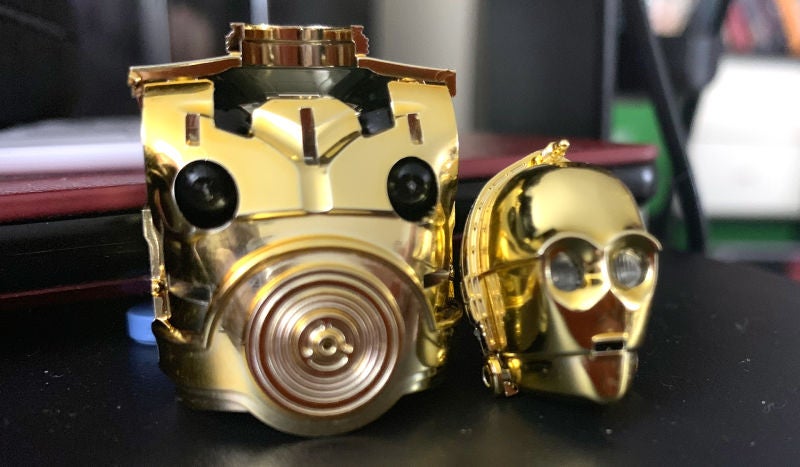 Then my wife stepped in, taking to the building process like a pro. She finished C-3PO, and then she wanted more. More Star Wars. Then she built all of my Dragonball model kits. For Christmas, she’s graduated to Kotobukiya Frame Arms girl models. She is insatiable. Thanks a lot, Bluefin. 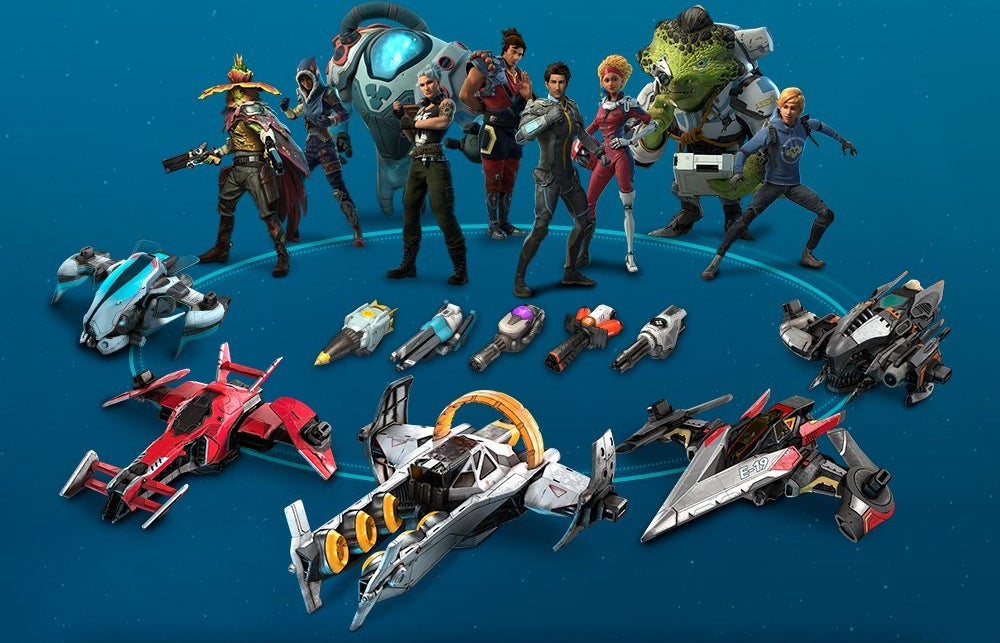 While the toys are a completely optional part of Ubisoft’s spaceship game, the ships themselves are too cool. Lots of detail, cool colours and, as an added bonus, they can be attached to a controller and played in a video game for the Nintendo Switch, Xbox One and PlayStation 4.

Collect the whole set, because I did and don’t want to feel alone. 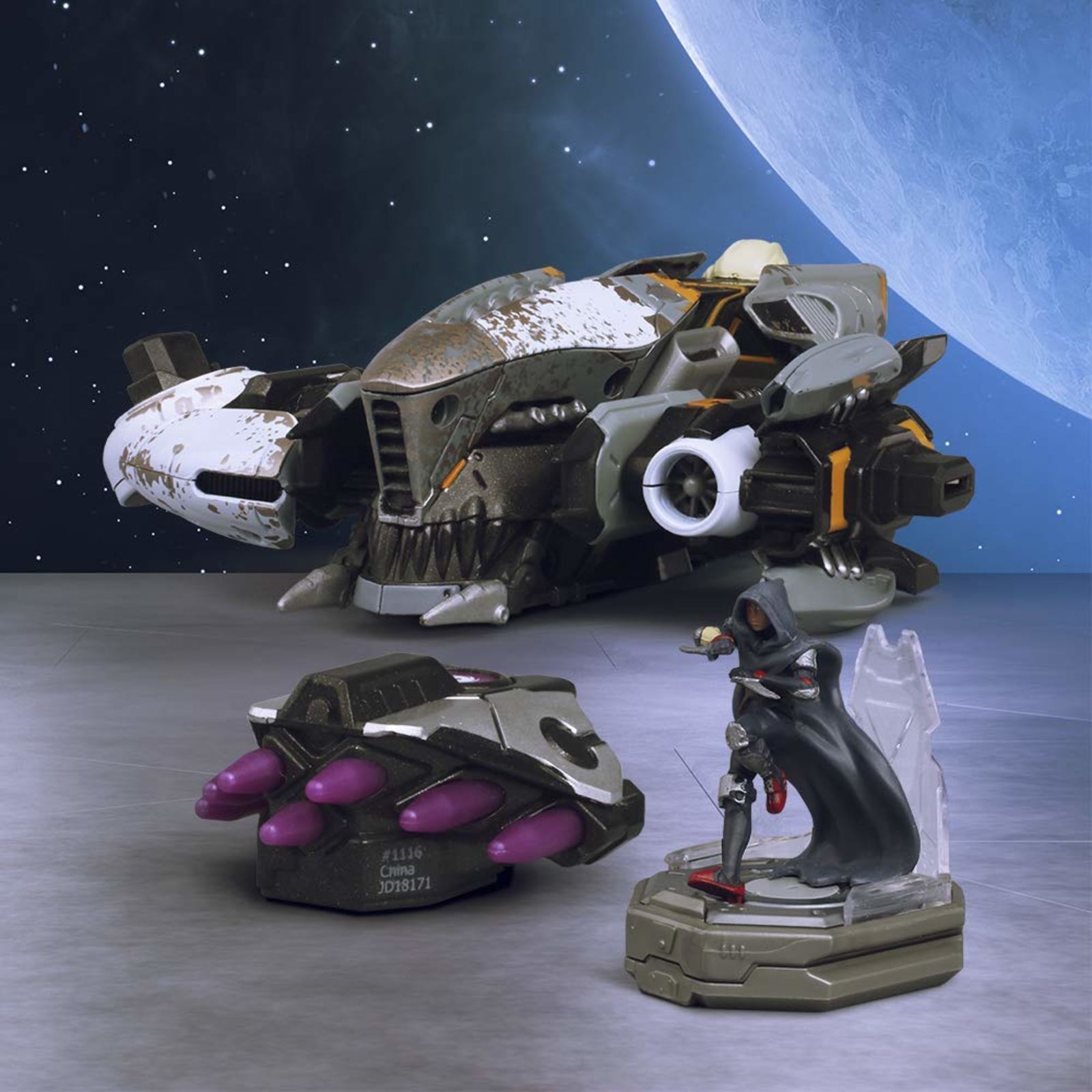 And hey, if they follow the normal toys-to-life retail pattern, they’ll constantly be on sale until they wind up on clearance. 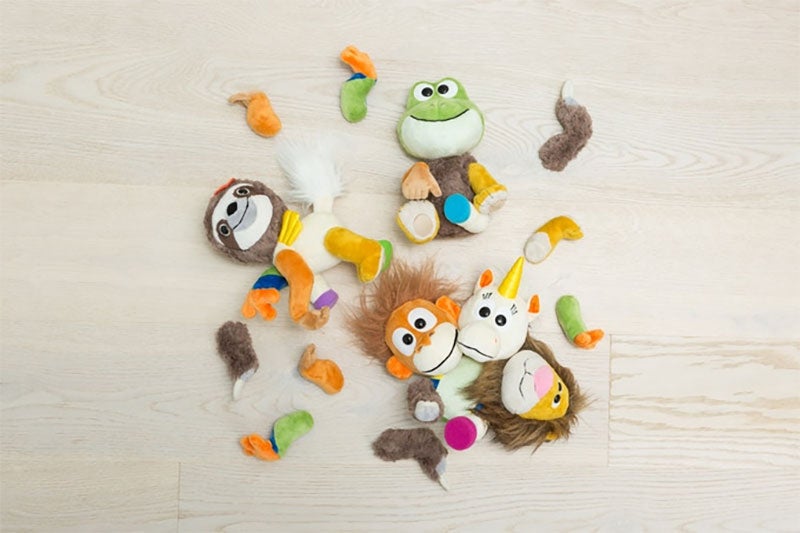 Who knew tearing stuffed animals’ limbs off and attaching them to other animals would be so much fun? Animoodles are plush creatures with arms, legs and heads that attach to their bodies through the magic of magnets. You can take them apart and put them together. You can mix and match their body parts. You can attach them to your refrigerator. 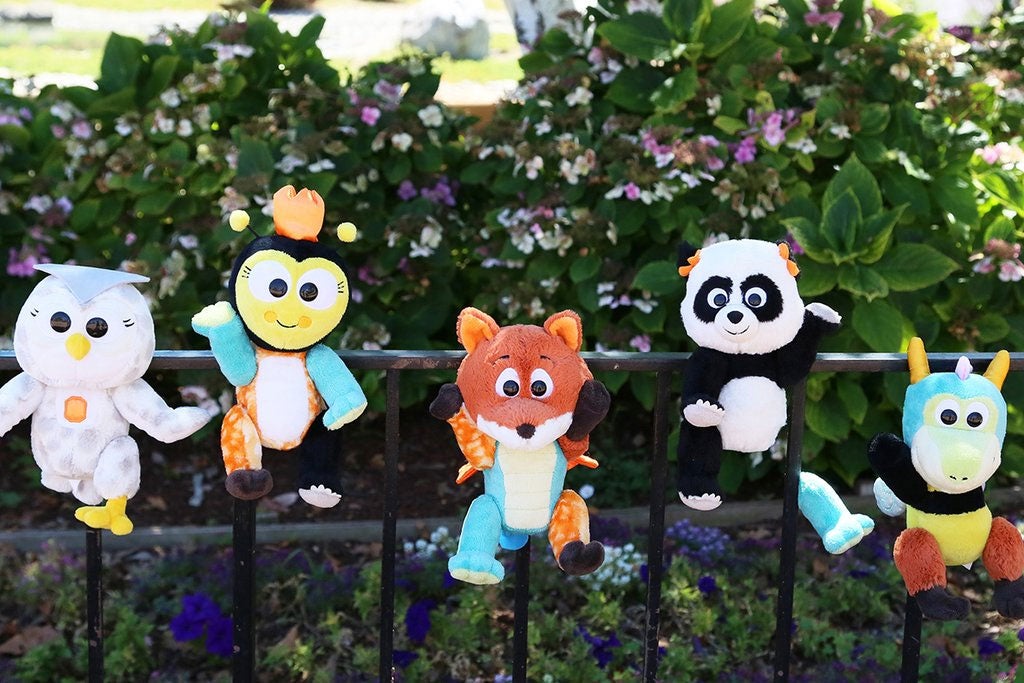 There are multiple collections available, plus limited edition critters, and they all run around $US25 apiece. I mean, $US25 for six pieces, four limbs, a torso and a head. It sounds more gruesome than it is.

Building fishing poles, steering wheels, pianos and robots out of cardboard and decorating them with stickers? That’s toys. Nintendo’s delightful Labo experiment might be rooted in video games, but the construction is all about playing and building cardboard toys. Labo had to be on this list, with a video of Stephen Totilo building it.

Fun fact: towards the end of my hospital stay, fearless Kotaku leader Stephen Totilo flew down from New York to Atlanta to visit me, and he brought a copy of the Labo kit along so we could build it together.

We only got a little done, as my movement was limited, but it was one of the brightest moments of my year. Don’t tell him, but I get all mushy thinking about it. He’s a good man. And Labo are good toys.

That’s my list for 2018. It would have been longer, but I was unconscious for a bit. Feel free to tell me about all the amazing toys I missed in the comments below.