2019 Is The Year Of The Pop Culture Finale

The new year has only just begun but it’s already got us thinking about the end. Over the course of the next 12 months, fans are going to see the end of some of the biggest franchises and shows of all time. Let’s take a look at which pop culture favourites are wrapping up in 2019. 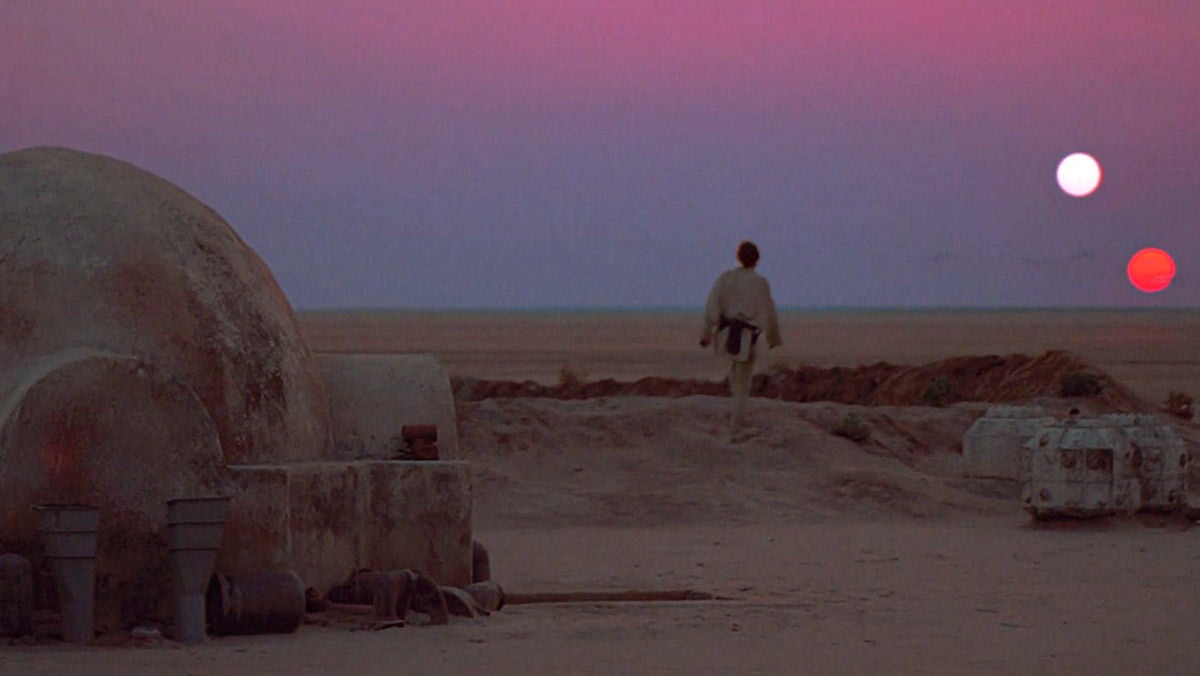 The story of Luke and his family is coming to an end. (Photo: Lucasfilm)

On December 20, Star Wars: Episode IX hits theatres. It’s being touted as the final film of the Skywalker Saga, which is kind of a big deal when you consider that’s the same story that began way back in 1977 and has now stretched across three trilogies, a TV show, comics and novels, and more. Episode IX won’t be the last Star Wars film, obviously, but it will mark the end of the series’ most famous chapter. We can only guess where it will go next. 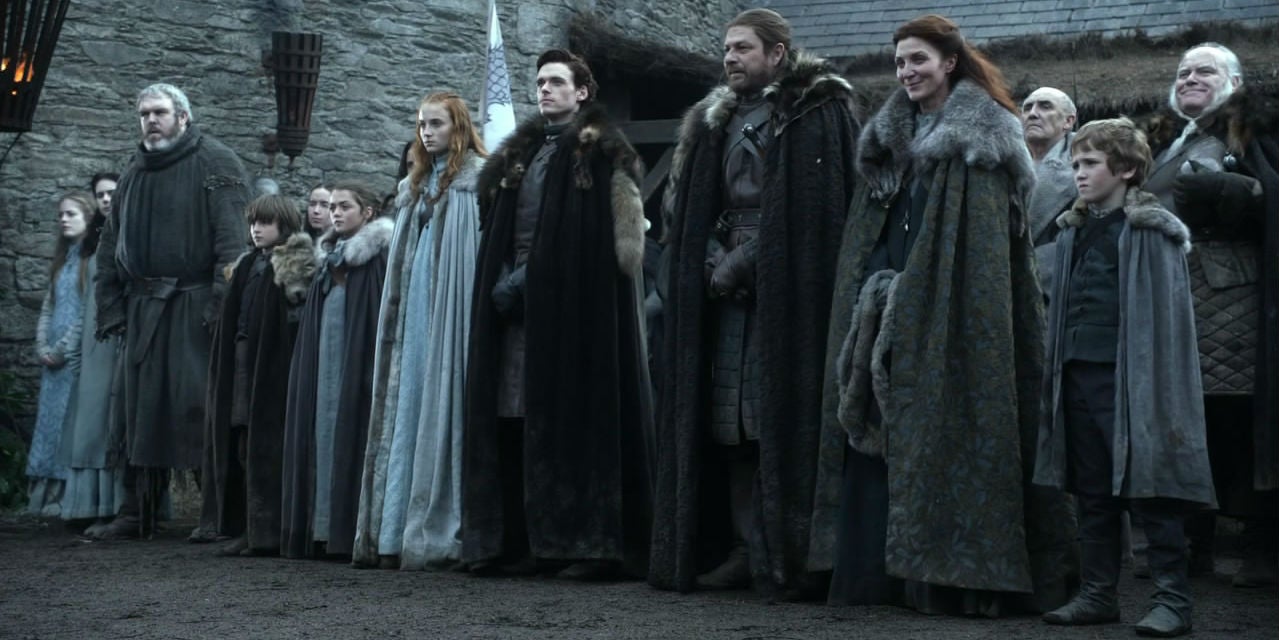 Most of these Starks are already dead, but will any survive to the finale? (Photo: HBO)

The eighth and final season of Game of Thrones will begin on HBO sometime in April. It’s likely to reveal who ultimately takes the throne of Westeros as well as show us the long-teased battle between Ice, in the form of the White Walkers, and Fire, in the form of humanity lead by Daenerys Targaryen and her dragons. Again, Game of Thrones is too big of a franchise to just go away (much like winter, spinoffs are coming), but the main story we’ve been following since 2011 is coming to a close. 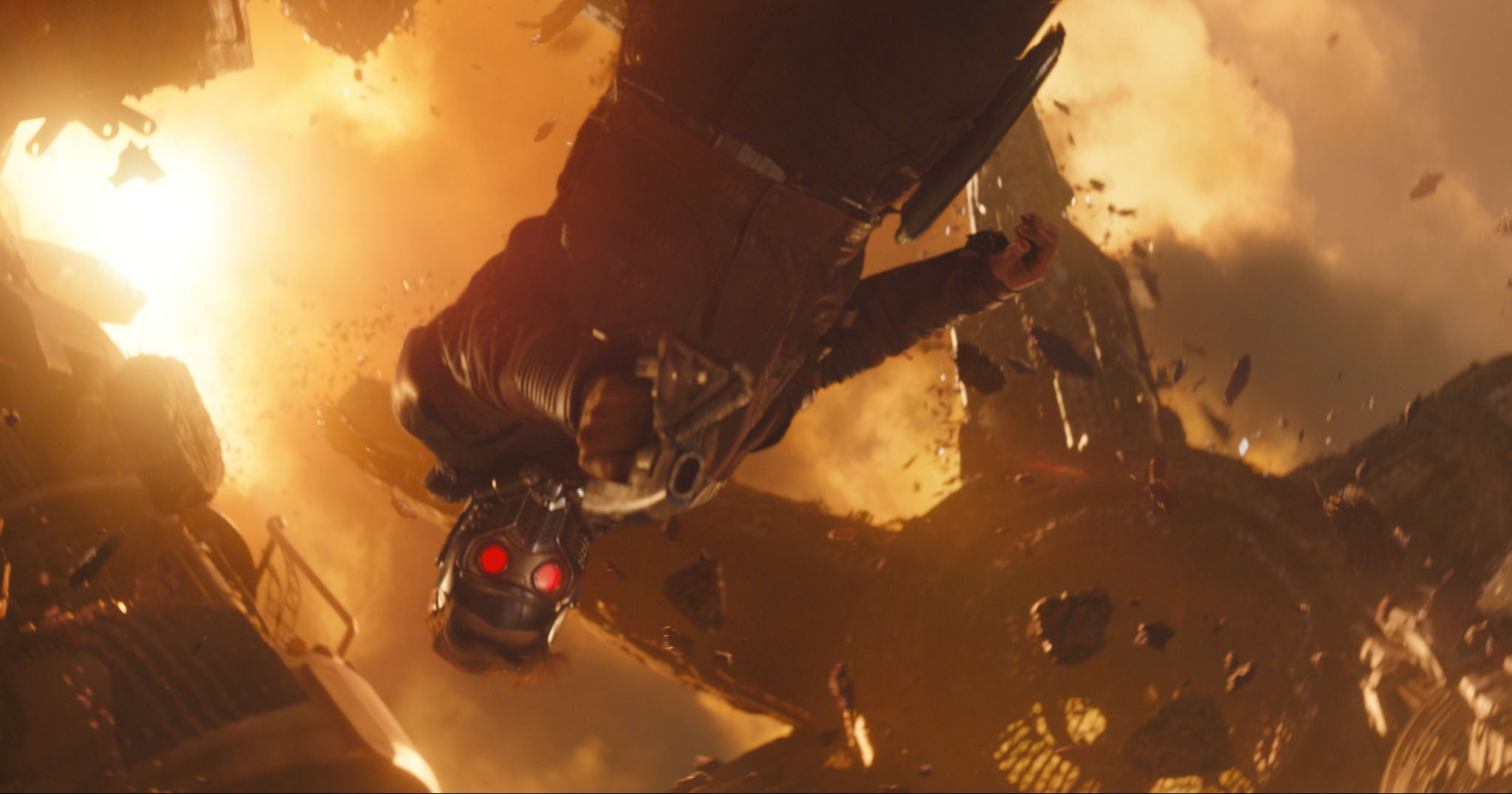 Things with the Guardians of the Galaxy and the rest of Marvel are about to turn upside down. (Photo: Disney)

The Marvel Cinematic Universe…As We Know It

The story that began in 2008’s Iron Man ends on April 24 with the release of the fourth Avengers movie, Avengers: Endgame. The film should, hypothetically, see the defeat of Thanos as well as the final exit of some of the main characters that have defined the Marvel Cinematic Universe since the beginning. Marvel movies will continue (though, as of publication, we don’t know exactly how long they will do so, beyond Spider-Man: Far From Home in July) but they’ll be free of the purple thumb of Thanos, who has been the main bad guy the whole time. Plus, there’s some new blood on the way. (See below.) 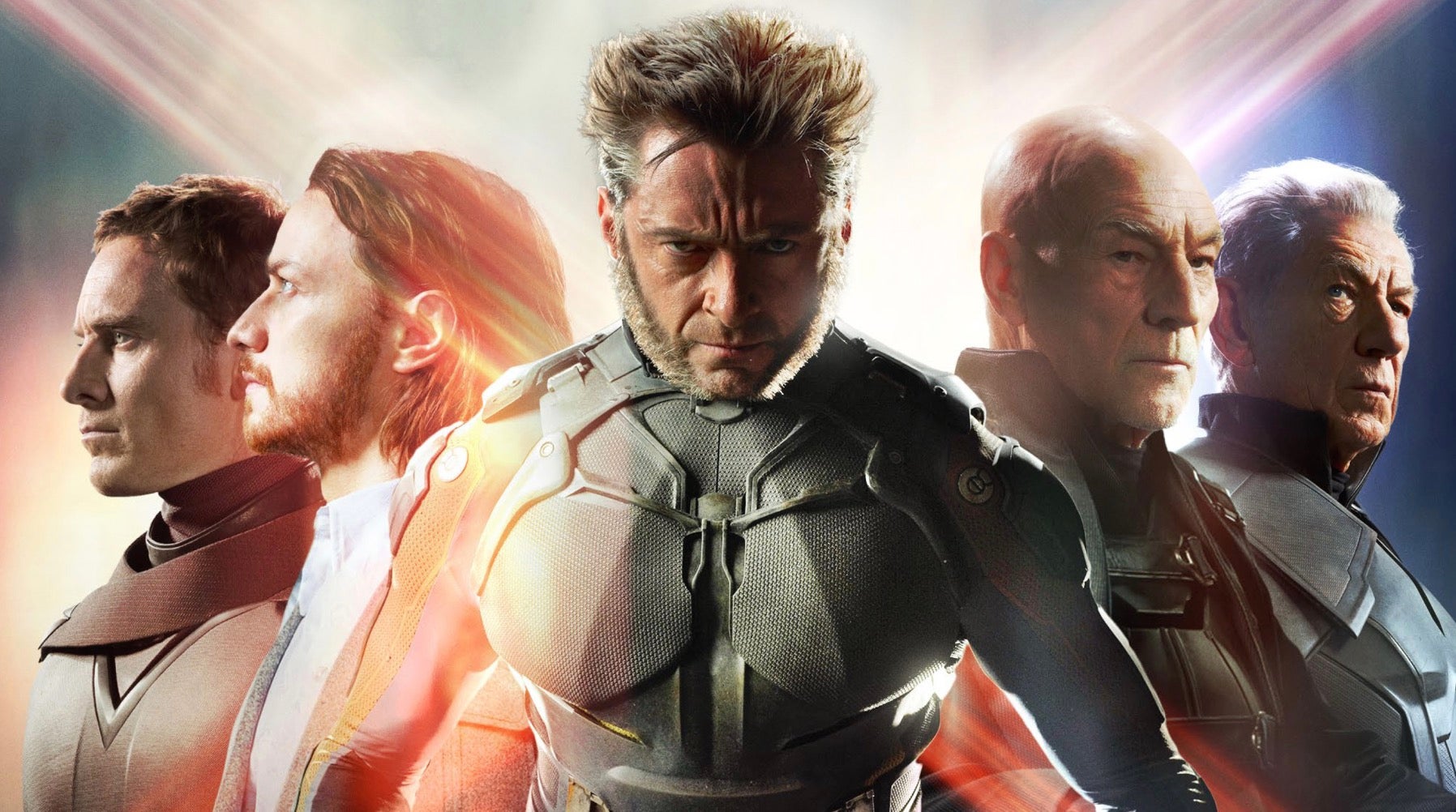 The X-Universe that started in 2000 is likely coming to an end this year. (Image: Fox)

This is kind of an assumption but we’re confident in it. This year will see the release of two X-Men movies from Fox, Dark Phoenix on June 6 and New Mutants on August 1. And while the latter could certainly be spun out of the X-Men universe, Dark Phoenix cannot. It stars the cast of the last several X-Films and is almost certainly going to be the last time these actors play these characters in this story. Fox is being purchased by Disney and Disney will almost certainly be recasting those roles to bring the characters into the new Marvel Cinematic Universe (see above). 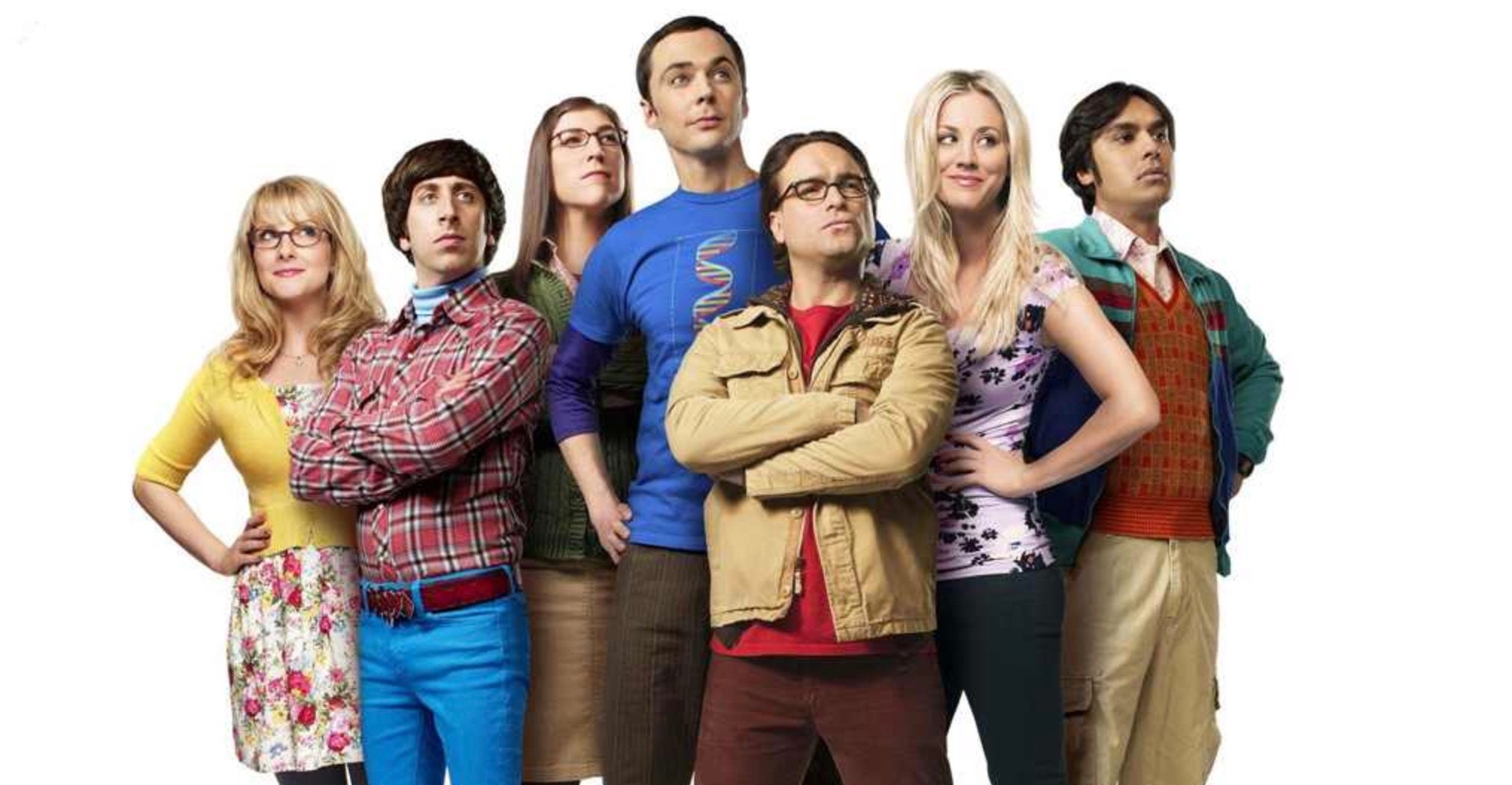 One of the most popular sitcoms in recent memory is finally ending. (Photo: CBS)

It’s no secret that we here at io9 will be its last (probably ending sometime over the summer)—and while Sheldon may live on, at least in his younger version and in reruns, the main story is coming to an end. 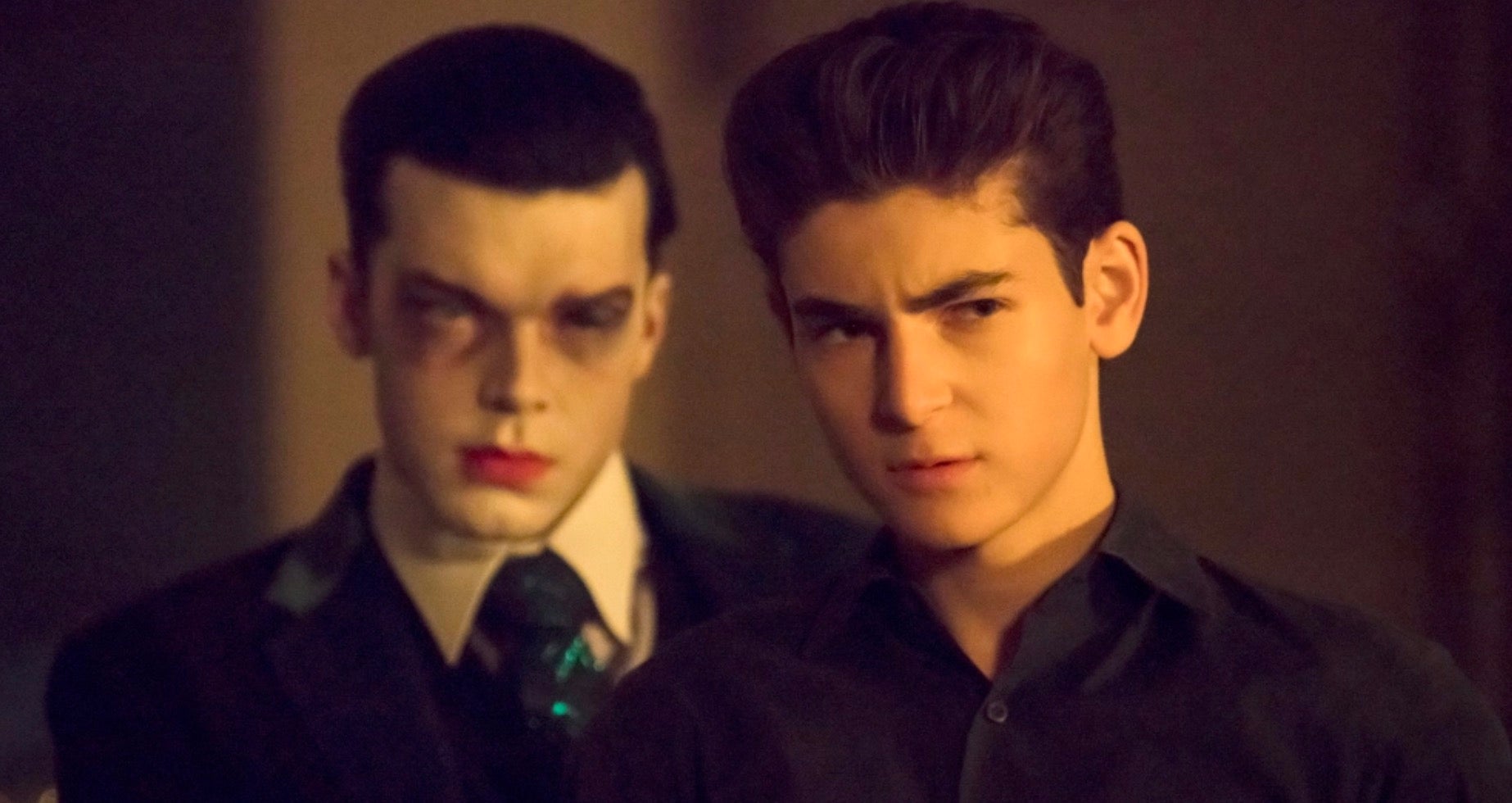 The Joker and Batman will have a long life together after Gotham. (Photo: Fox)

Fox’s Batman origin show, Gotham, comes to an end with its upcoming fifth and final season. We’ll finally see a young Bruce Wayne become some version of Batman, as well as the fates of some of his greatest foes. Plus we’ll at least see how Jim Gordon leaves the city for the Caped Crusader of the future to take on. 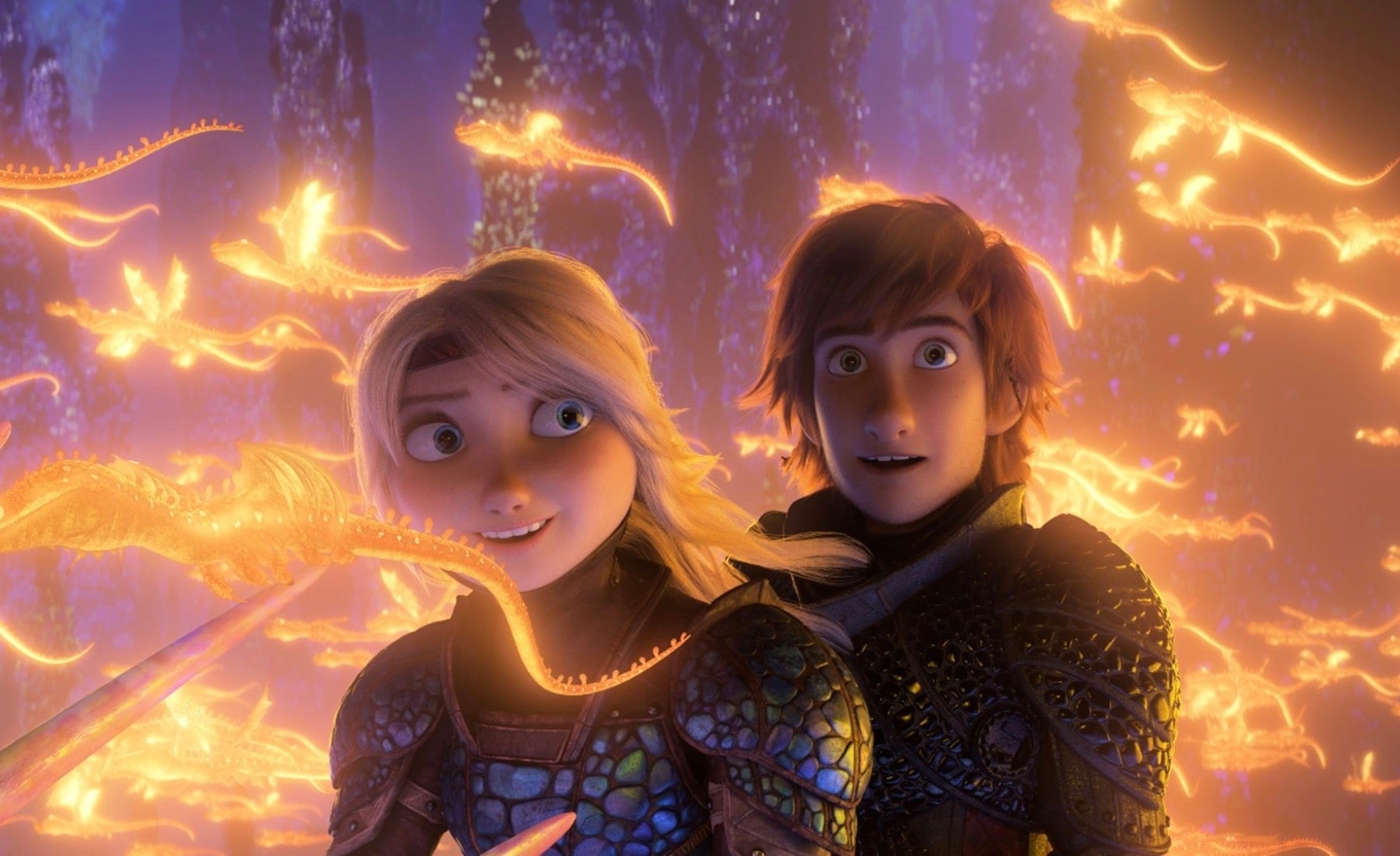 Hiccup and Astrid see a new world in the final How to Train Your Dragon. (Image: Dreamworks)

How to Train Your Dragon

Hard to believe it’s been five years since How to Train Your Dragon 2 was released but finally, we’re going to see the series finale, The Hidden World. The film should answer questions about the dragon Toothless’ origin and, most importantly, where the dragons all go in the end.

Mr. Glass and David Dunn are set for a final showdown. (Photo: Disney)

In 2000, M. Night Shyamalan created one of the best superhero movies ever with Unbreakable. Sixteen years later, he made a surprise return to the film’s universe with Split. And now, on January 17, he finishes the story with Glass. The film brings back Samuel L. Jackson as the title character, who will finally show the world that his life’s work — to prove superheroes exist — was not for nothing. For fans (like me) it’s beyond exciting to finally go back to this world after the first film barely scratched the surface. 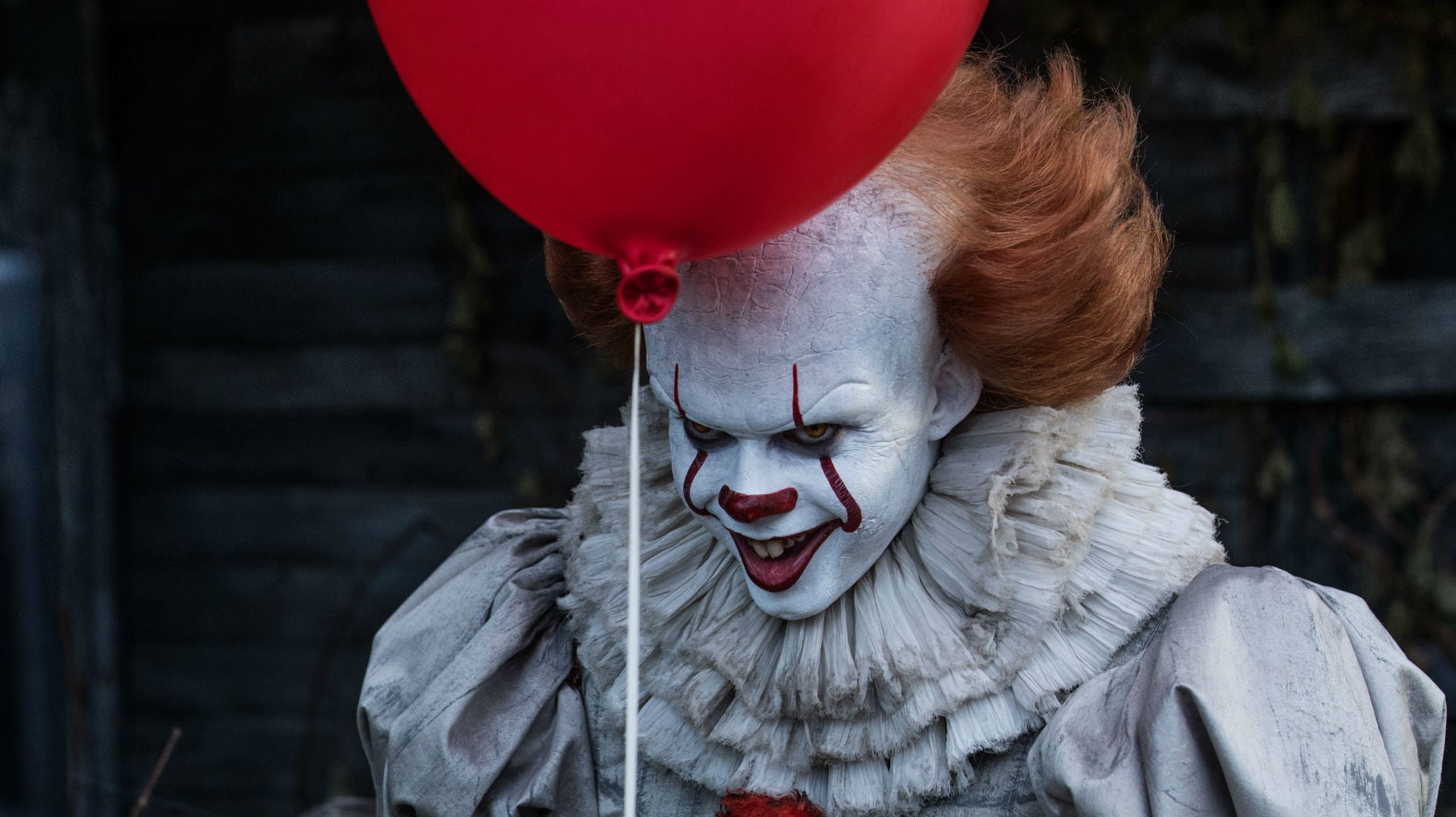 Yeah, this is kind of a cheat. Can a part two really be a finale? Well, when it’s the conclusion to a story that was teased back in the 2017 hit, we say yes. It: Chapter 2 comes out September 5 and it’ll not just bring back the younger versions of the Loser’s Club but introduce their grown-up versions (played by the likes of Jessica Chastain, James McAvoy, and Bill Hader) to finally take down Pennywise once and for all. 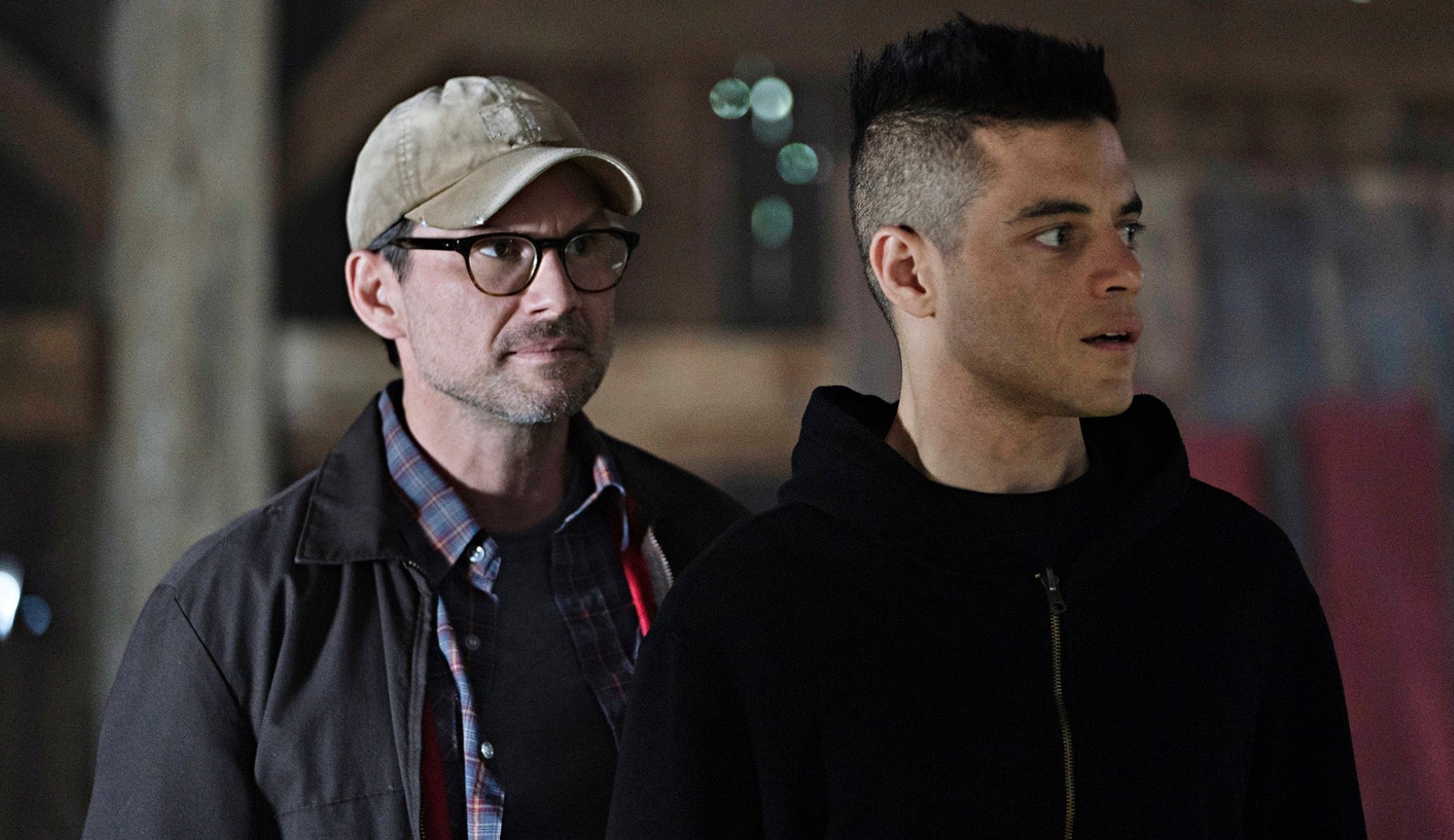 Elliot and his frenemies (real and imagined) are about to conclude the story of Mr. Robot. (Photo: USA)

I have to admit, I dropped off Mr. Robot a few seasons ago, but there’s no denying that Sam Esmail’s USA show starring Rami Malek was something of a game changer. The story of a hacker burdened by some serious mental issues will conclude with the fourth season and is set to air sometime this year. 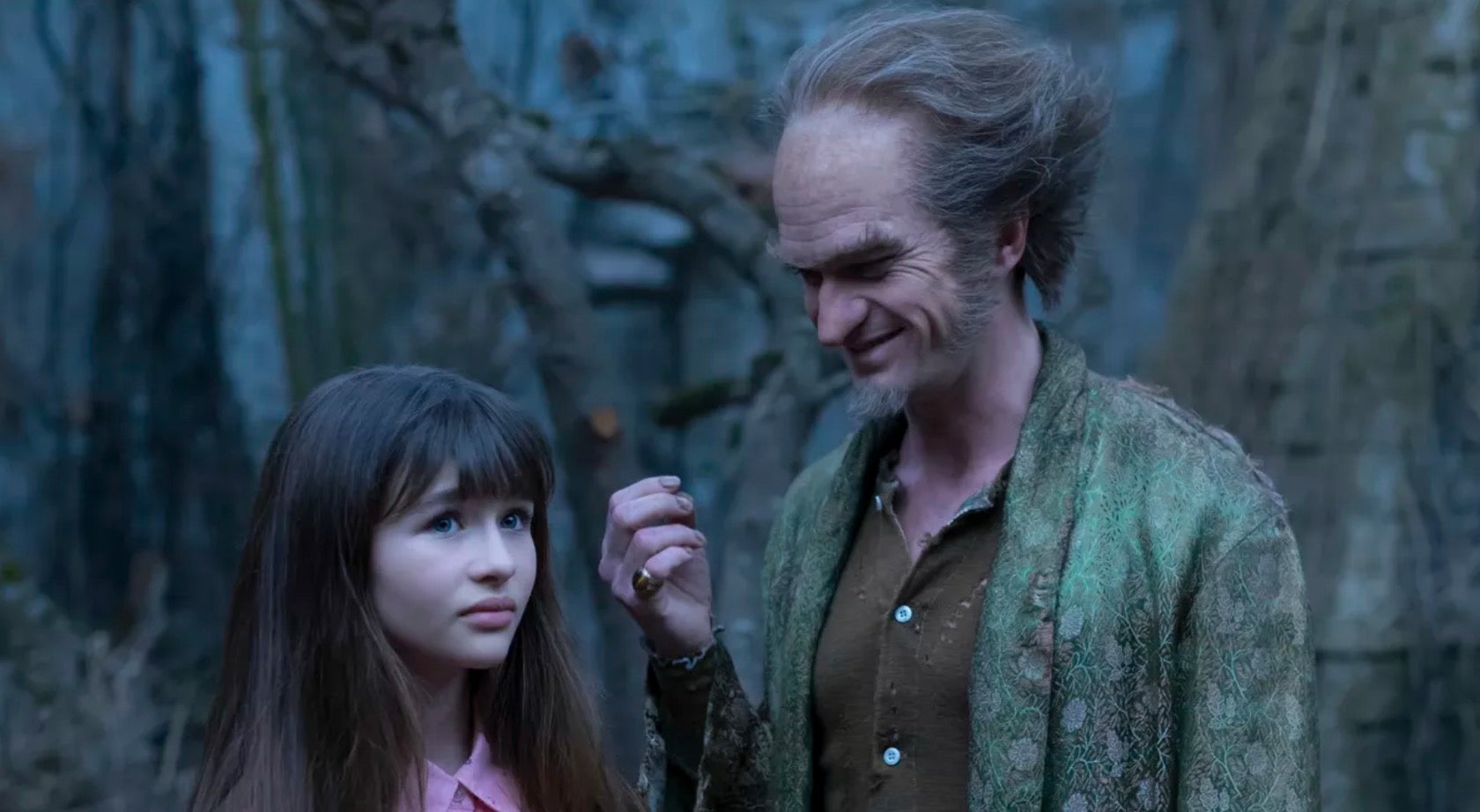 Will Count Olaf beat the Baudelaire children? Will the kids finally defeat their evil rival? All will be answered in the third and final season of the hit Netflix show, based on the final few books in the popular series, which is now streaming.

These are probably also finales, but we can’t be sure… 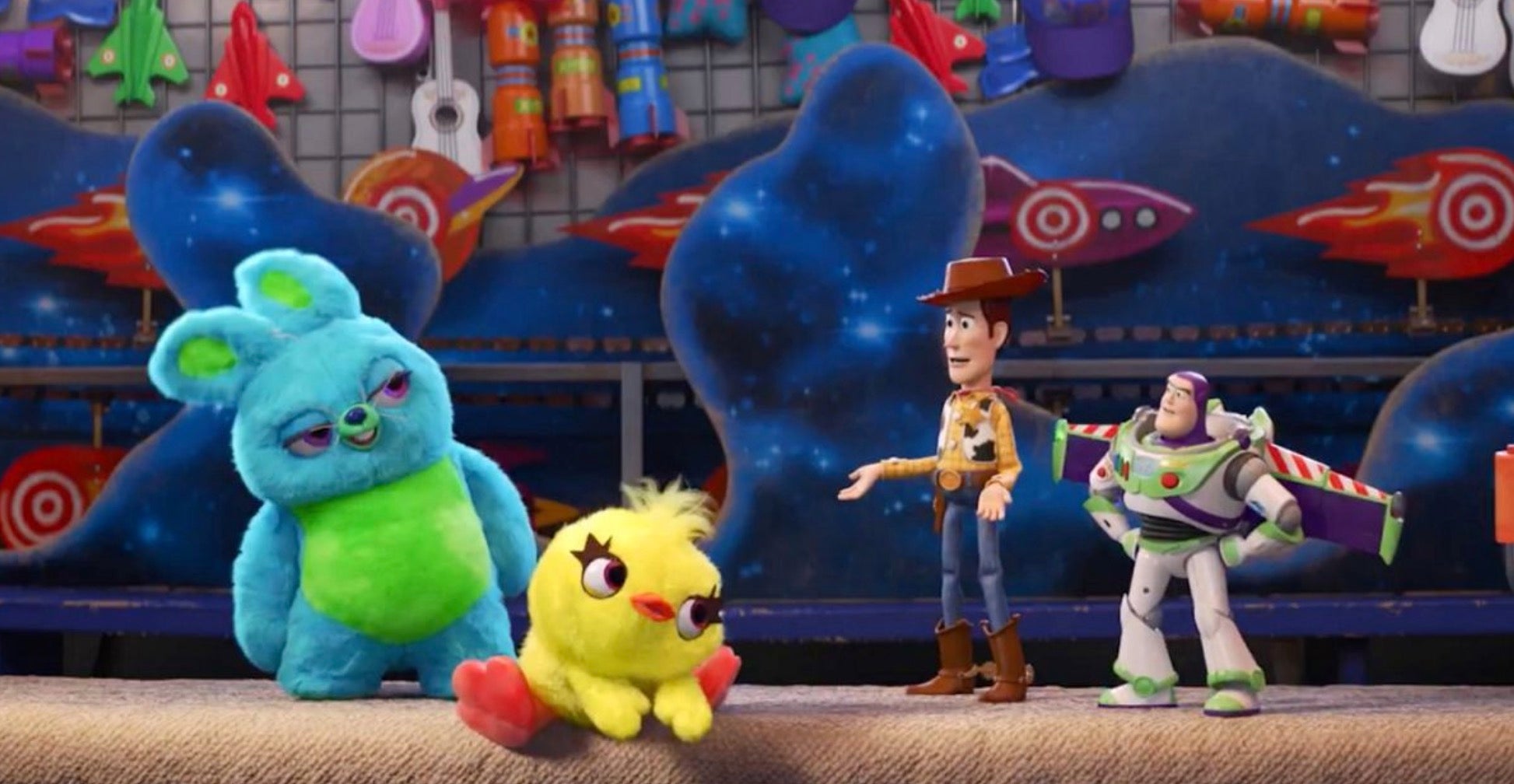 Toy Story 4 opens June 29 and, while we aren’t 100 per cent sure if it’ll be the last entry in the series, there’s a good chance, right? How many more times can Pixar take out its biggest gun complete with its unattainable expectations? Though, to be fair, the same was said after 2010’s Toy Story 3. Everyone, including Pixar, probably thought that was the last film in the series, completing a nice trilogy, but now we get this latest instalment. Even if it’s not the last one though, it certainly will be for a long, long while. 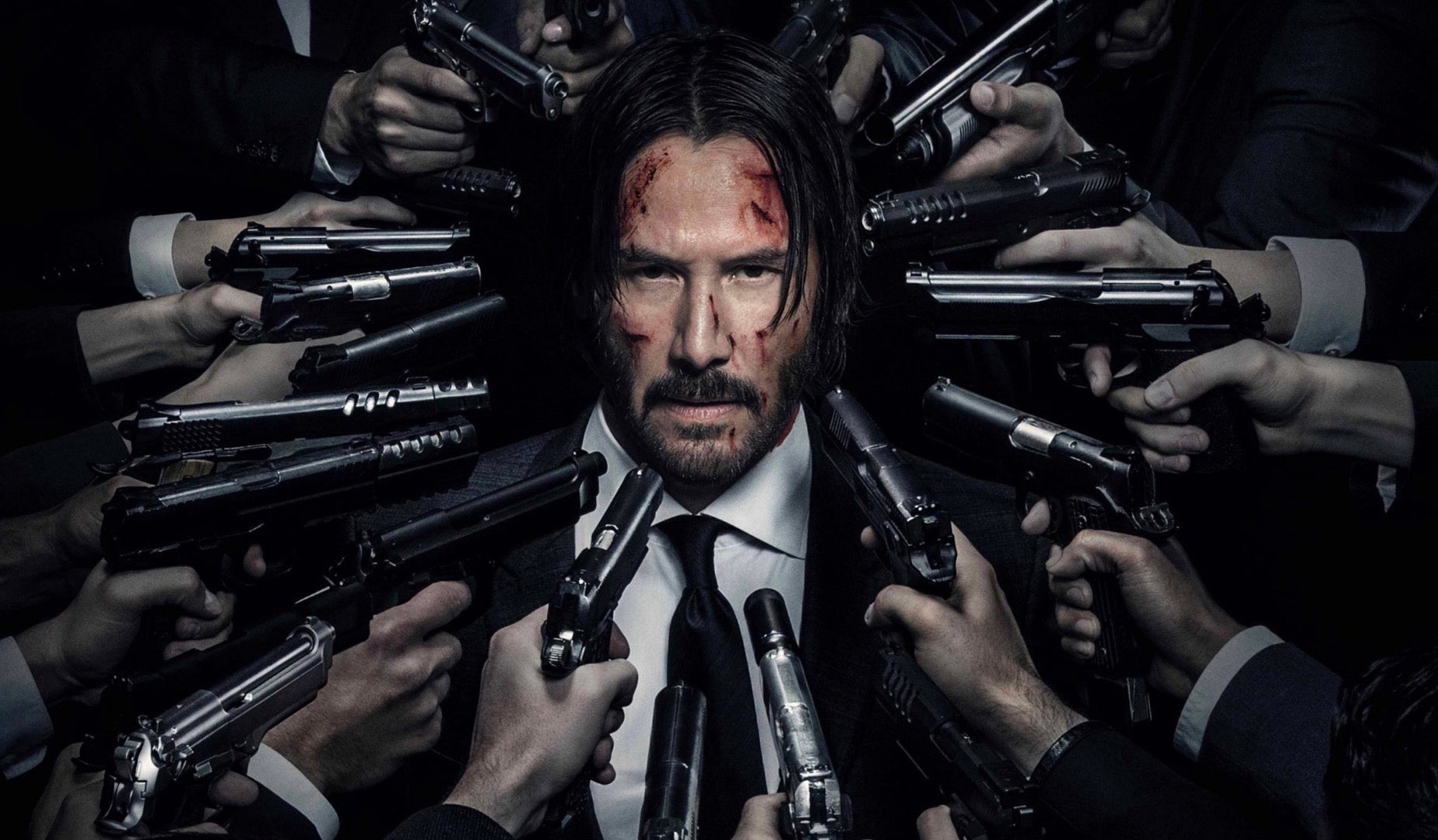 John Wick has a lot of guys to kill in what may be the character’s final film. (Photo: Lionsgate)

John Wick is back on May 16 with the third film in the series. Now, most fans had assumed Wick would end in a trilogy, especially since the last film ended with Wick needing to take on the entire world of underground assassins. However, recent interviews suggest it may not be the end. If it is though, we are sure John Wick is going out with a bang.