As a post-apocalyptic online survival sim, Fallout 76 allows players to team up, trade with one another, or try to kill each other. This freedom is part of the game’s appeal, but when it’s coupled with exploits that allow some players to become ultra powerful, the result can be a game world that feels inhospitable and unfair. Recently, some players have been using exploits to get high level weapons illicitly, while other players have tried to stop them.

Since mid-December, some Fallout 76 players have been using an exploit to duplicate legendary weapons. They have then sold those weapons to others for for in-game and real-life currency. Last week Bethesda released a patch for the game on PC that included over a hundred changes and fixes, including getting rid of at least one of the exploits that made the weapon duplication possible.

This isn’t the first time Bethesda has tried to fix item duplication. On December 11, the company patched out a version of the exploit that involved storing items in a friend’s ammo stash, then having them leave the game and then return to get double of whatever they’d put there. Players found workarounds though, and continued on duping undeterred.

While the latest patch, which arrives on PS4 and Xbox One today, claims to have fixed at least one item duping exploit, players recently found another avenue to get extra copies of the game’s rarest items: a special “developer room” that appears to exist in the game solely for testing purposes. As Eurogamer reported, Bethesda has been trying to ban anyone who attempts to break into this special, off-limits location, which contains plans for building the best equipment in the game. Weeks of item duping and now the discovery of the developer room have created secondary markets both in the game and in real life for all of the excess legendary items. Guns with the two shot and explosive mods, TSE for short, are the most powerful weapons in the game, but there’s no guaranteed way to get them. While some players have spent months waiting for them to drop while playing the game naturally, others have decided to pony up 1,000s of caps, the in-game currency, or real money in order to buy them. Search Ebay right now and you’ll have no trouble finding hundreds of listing for TSE guns, often in the $US10 ($14) to $US20 ($28) range depending on the particular type and stats.

Black markets like these aren’t unusual for MMO-style games, but they’re made easier in Fallout 76 thanks to in-game trading. Unlike in some other games where the best items become bound to whichever player first acquires them, everything in Fallout 76 can be re-traded or re-sold. This has led to an entire sub-category of player characters called “mules,” low level accounts that are used exclusively for trading duplicated items to minimise the risk of getting ambushed or banned.

While a small subset of the players has decided to partake in this duping economy, there are many others who are frustrated with how it undermines the integrity of Fallout 76’s end game. Some don’t want to have to cheat or pay money to get the best stuff in the game, but also feel foolish for relying on the game’s RNG when they see other lower level characters already running around with TSEs. The game’s subreddit is littered with examples of people complaining about being one-shotted by super high leveled opponents using duped items. 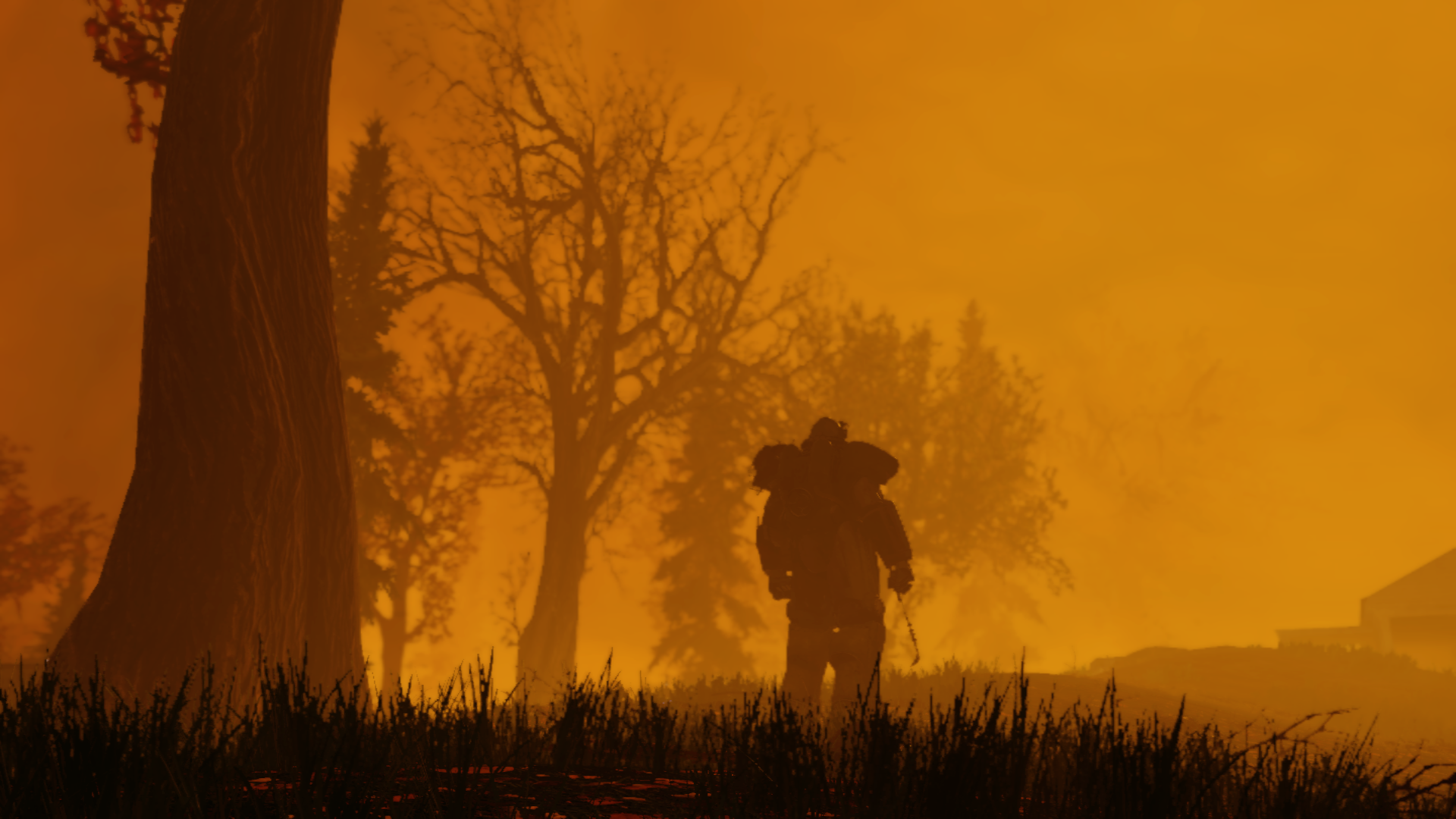 Players have tried various ways to address the problem. Some have formed posses to try to punish people they suspect of either selling or using duped weapons. Yesterday, Polygon reported on a dupper hunting guide that was circulating on Reddit but has since been removed by the mods because it encourages players to target and grief one another. The guide detailed suspicious behaviours that might suggest duping, such as seeing two players hanging out on a random part of the map together for a long period of time without moving or finding a low level player meeting with a much higher one. “You mileage can vary but if you follow this you will find a duper sooner than later,” the guide read, ominously hinting at just how imprecise duper catching methods can be.

For some, duper hunting has backfired. A few days ago one higher level player reported trying to play with his low level girlfriend only for four level 140 players to try to demolish her camp. “Upon messaging the guy to figure out why he leveled this base he said, ‘I’m not stupid, I know it was a stash’ and proceeded to treat me like I am one of those dupers who are ruining one of my favourite games,” they wrote.

So far, the most recent patch seems to have put an end to some forms of duping, but not the vast arsenals of duped items still out in the wild. There are ways to block high level players and jump to different servers to avoid them, but those options can be a pain when you’re in the middle of completing a quest or farming for loot. Players have suggested introducing new, higher level versions of the best guns, thereby making the existing duped ones obsolete. Until that or some other solution is implemented, duping’s legacy will still cast a shadow over Fallout 76’s end game.