An Exciting Game Of Shark And Boats

The Jaws franchise has had some video game adaptions in the past. But Jaws.io is the first time the franchise has made the jump to online gaming. Playing with others makes chasing prey or escaping a deadly shark more exciting.

Available now on iPhone and Android devices for free, Jaws.io is a simple game. Players pick a boat and then head out into the seas. Matches last only 2 minutes. The entire time different players become Jaws and try to kill other players.

During these two minutes, players need to of course avoid the big shark himself and they also need to out manoeuvre other boats and collect swimmers. Saving more swimmers and other animals will make your boat get bigger. If you are controlling Jaws, eating swimmers and animals makes you grow bigger too, but you can also eat the other players and their boats. The winner is whoever is the biggest at the end of the timer. 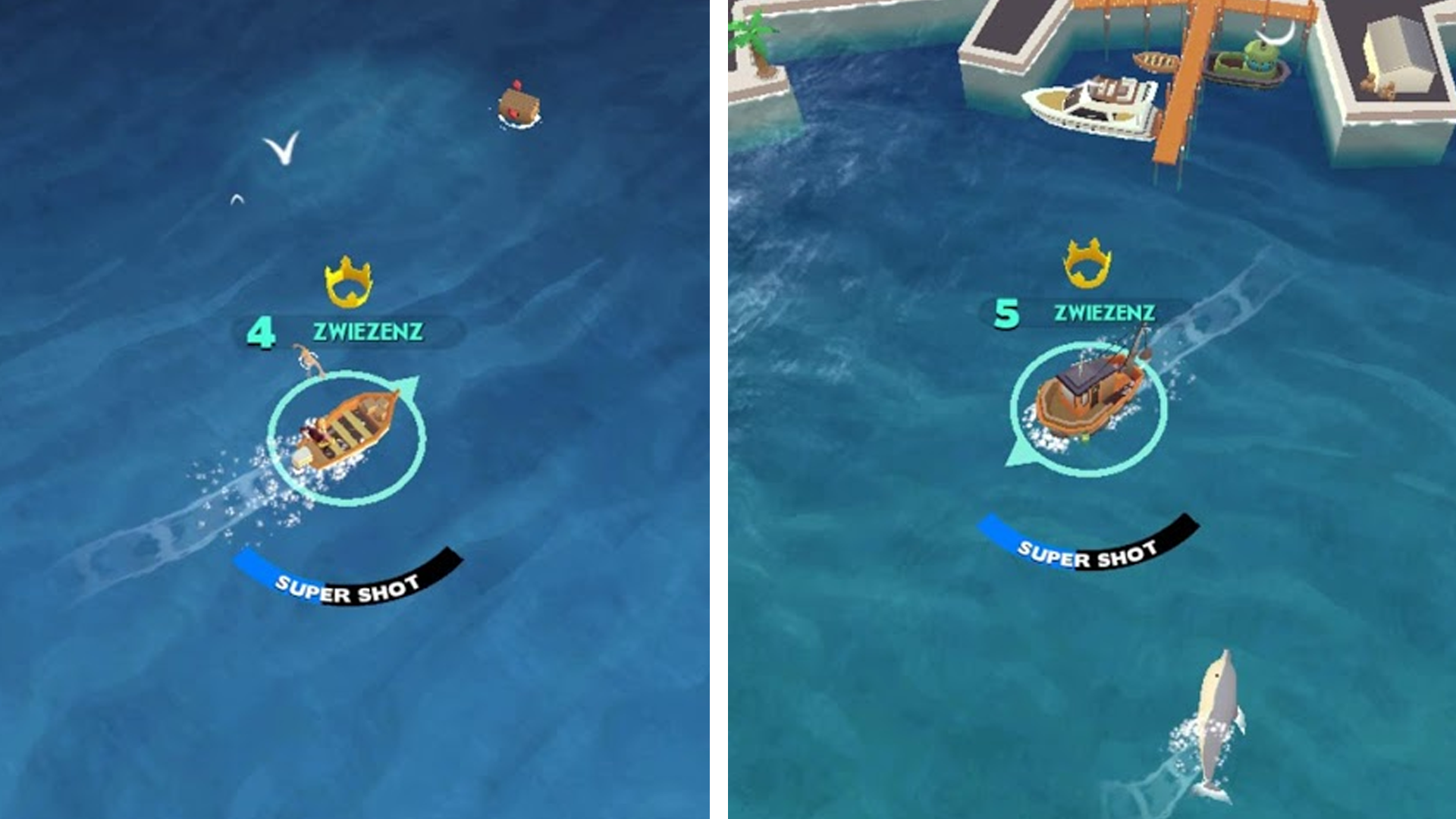 Similar to games like Slither.io or Agar.io, there is a lot of excitement in dodging other players and getting bigger and bigger. Boats can ram other boats and bigger boats do more damage. So if you aren’t doing well in a match you will have to dodge both boats and a big shark, which is a bit intense.

To become Jaws players will need to kill Jaws. Whenever Jaws gets close to a player’s boat it automatically starts shooting at Jaws. To do more damage to jaws, collect enough swimmers and you will earn a super shot, which operates like an ultimate attack. Jaws can also earn a super ability, allowing the shark to dash forward really far in blink of the eye. This is perfect to catch a few lone players near a shore or island.

Playing as the shark is the best part of the game. Sure, escaping other boats or Jaws is fun. Being the big shark and getting to just eat everything is even better. It reminded me of how I felt while playing Left 4 Dead and I would become the Tank. Suddenly you feel powerful. 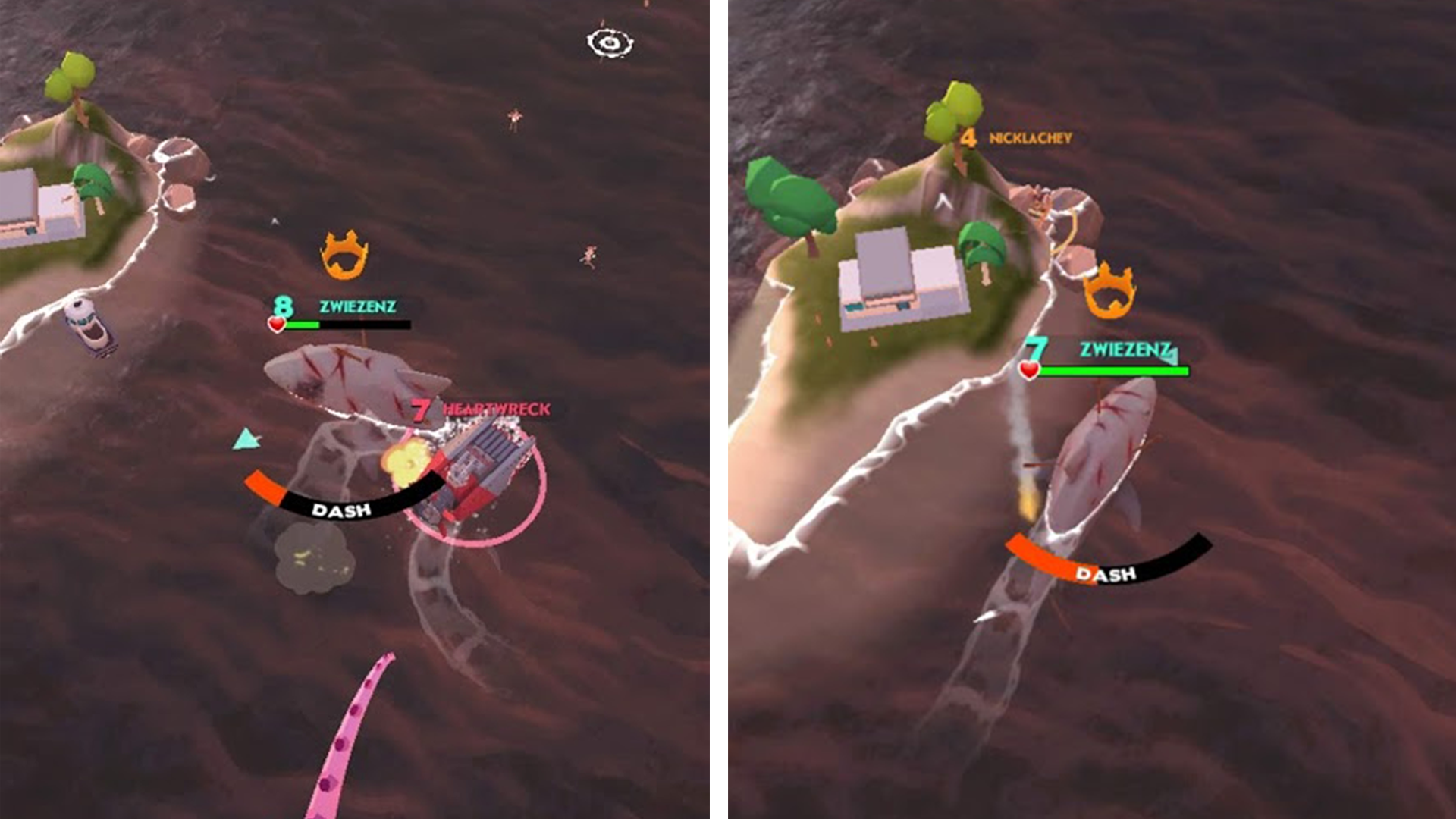 Unfortunately, the guns on the boats are powerful and fast, meaning you can die quickly. Too quickly, honestly. I understand that matches only last two minutes and they want a few players each round to get a shot at being the deadly shark, though sometimes I was only the shark for a few seconds. Thankfully, any progress you make as the shark carries over to your boat once you are done.

I love the look of Jaws.io. The game has a colourful and bright feel to it. The music also feels ripped out of the films, making the whole experience feel playful but dangerous.

The biggest issue facing Jaws.io is that the game feels a little too simple. There’s one mode, a few boats and some shark skins. After a dozen matches or so I didn’t feel like playing anymore. I’ve come back to the game a bit over the last day or two, but only because it really is a blast to play. More challenges, modes, maps, etc could help make this game have more longevity and reason to return.

Still, if you need a simple game to pass some time or you love sharks, Jaws.io is worth checking out.