A fascinating essay by writer Cat DeSpira points out an easily observed, yet seldom-discussed facet of the history of the world-famous game Pac-Man: A near-universal part of the experience of playing the game in arcades was to grip the side of the machine with one’s non-joystick hand.

Using dozens of historical photos, DeSpira makes the compelling case that gripping the side of a Pac-Man cabinet while playing it is as fundamental to the game as eating dots. She makes this case not only by noting the many, many vintage and contemporary photos of Pac-Man players gripping machines, but by pointing out that any Pac-Man cabinet that has seen serious use will always have telltale wear on the left side, from years and years of hands.

The reason players do this seems to be a balance issue, an artifact of how the cabinet was designed. Pac-Man is played with a single joystick that is set in the middle of the control panel. But players want to put their bodies facing the center of the machine, so whichever hand they use to play will be reaching inwards. Hence, they’ll use their opposite hand (usually the left) for balance. 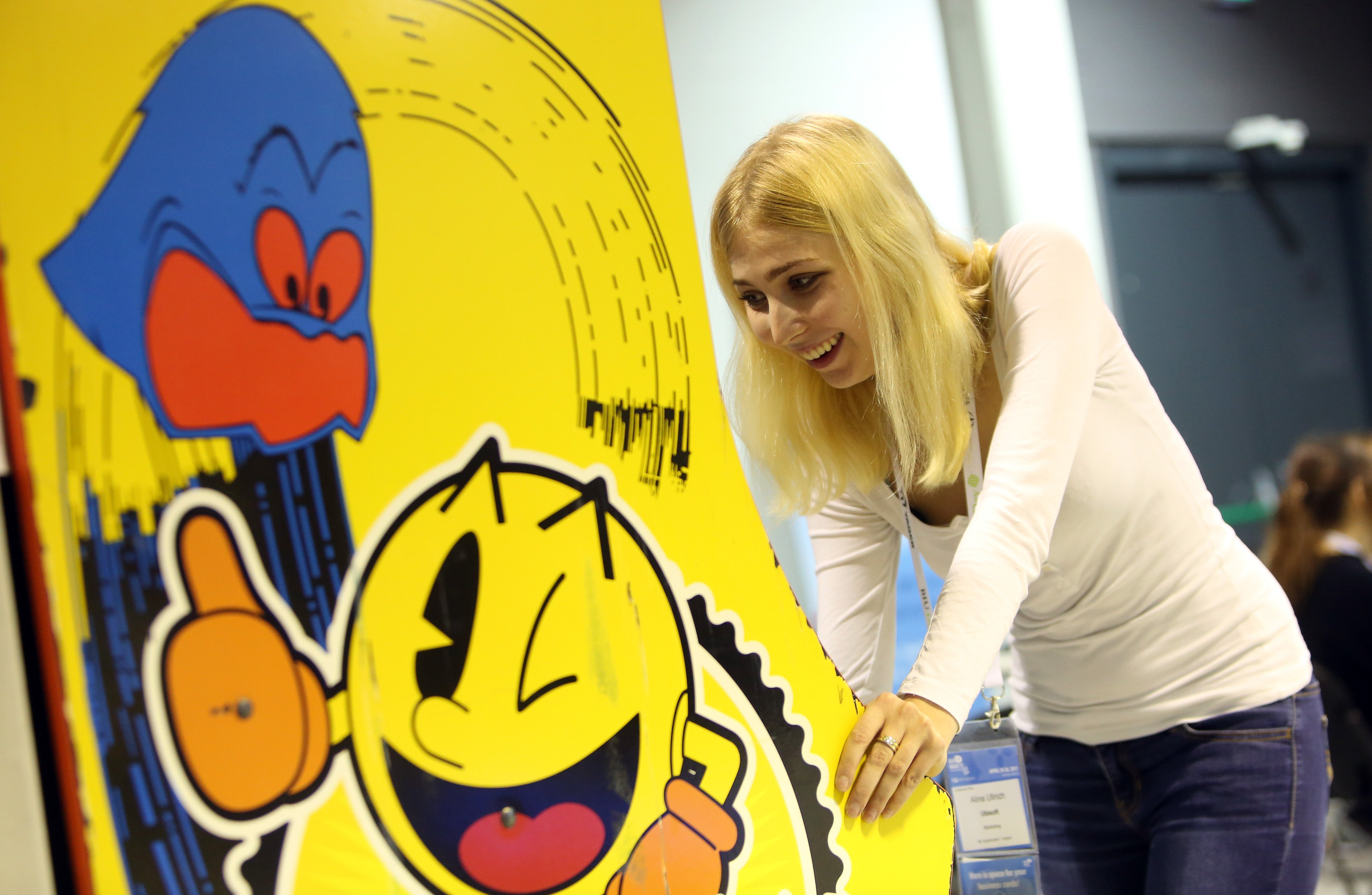 This is also an illustration of how the telling of gaming history can be skewed if the writer is only playing emulated versions of the games, or otherwise isn’t playing on the original hardware. It’s almost as if that side of the Pac-Man machine served as a second part of the game’s “controller.”

Moreover, it has implications for game preservation and collecting, as well. Arcade game owners might want to restore a game to its original look by repainting the side. But DeSpira argues — and I agree — that the wear on that part of a vintage Pac-Man game, that telltale spot where countless hands rested (or gripped sweatily), should rightly be left intact, like the patina on a precious artifact, as a part of its history.