In one of Syrmor Sherazee’s best videos, he asks a long-legged bird about what it was like to be homeless.

The scene is the Onett stage from Super Smash Bros. Melee — one of the many video game realms repurposed in the sprawling, mutant multiverse of VRChat. Interspersed are clips of the bird holding court with an acoustic guitar and a microphone, covering drifter classics by John Denver and Andrew Jackson Jihad. The music continues in the background while Syrmor asks him about what it was like to hop trains, to sleep in the woods, to leave a girlfriend behind in Ohio before setting off for California. The player behind the bird answers patiently and vulnerably, protected only by the thin veneer of an avatar. Sometimes, that’s all it takes.

Tip the world on its side, and all the loose parts fall into VRChat. The persistent, Ready Player One-like chatroom became a standout for early adopters of the Oculus Rift and the HTC Vive. You log in, choose an avatar, and make some friends. Syrmor is the man on the street, telling each of their stories, one at a time. 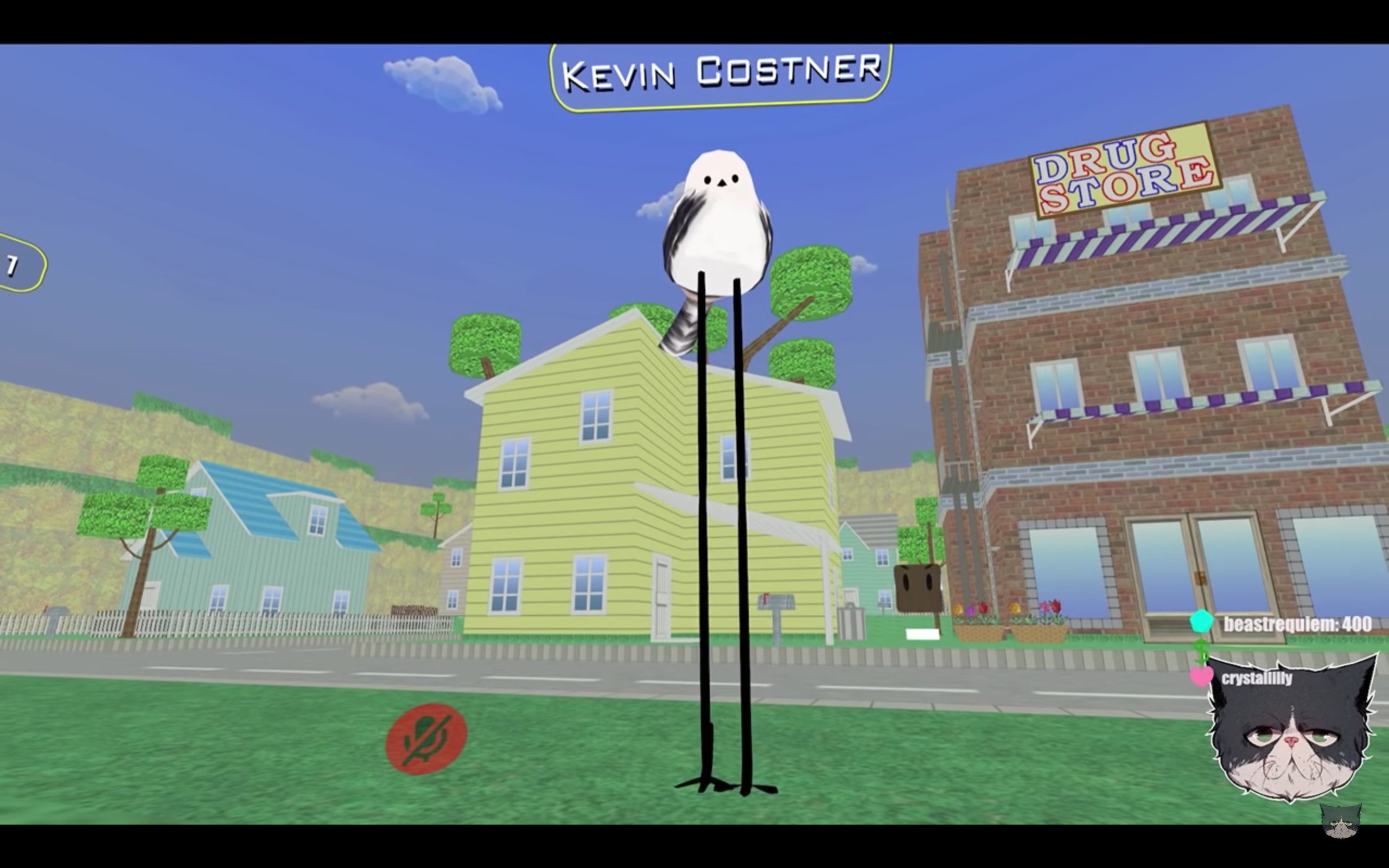 “I really like Vice and Vox’s human interest pieces,” he says, over a Discord call. “A lot of the inspiration I take from editing them is from the way they edit their human interest pieces. That’s essentially what I’m trying to go for. Trying to tell some coherent story about a person, no matter how mundane the story actually is.”

Sherazee, who is 22 and from Toronto, has assembled a remarkable portfolio. The soul of his VRChat is quiet and melancholy. He walks up to an avatar and asks them a question about life. Sometimes the conversation ends right there; the subject is too glib, too churlish, or too suspicious to open up. But every once in a while, he strikes gold.

A squat Korean bird laments his country’s mandatory military service and the death of his brother. A Bulgarian eggplant struggles with alcoholism and plots a life-changing move to Germany. Sans from Undertale recalls what it was like to get the news that his girlfriend had terminal cancer. It’s not always clear if these stories are true, but many of them have a compelling, human feel.

Syrmor edits the conversations into soft, sad vignettes for a playlist on his channel called “Humans of VRChat” — a nod to photographer Brandon Stanton’s “Humans of New York” series, where he interviews everyday bystanders about the quirks and complexities that define their lives. The principles are largely the same, and Syrmor generally presents the stories at face value. The only difference is that Syrmor spends much of his time talking to Gokus and Nyan Cats and Big Chunguses.

Sherazee broke through almost exactly a year ago, during the Ugandan Knuckles phenomenon. He was already a freelance videographer when his two-minute clip documenting VRChat’s most infamous moment caught fire. Ugandan Knuckles was one of those characters that emerged fully formed from the dregs of the internet with a popular, but ultimately extremely tasteless, shtick.

A herd of reprobate Knuckles sliced through the ticky-tack VRChat landscapes parroting malformed quotes from a Ugandan action movie, while throwing in some minstrel throat-clicks of their own. The meme was outwardly ridiculous and undeniably racist, a classic and ubiquitous formula for internet “humour”. 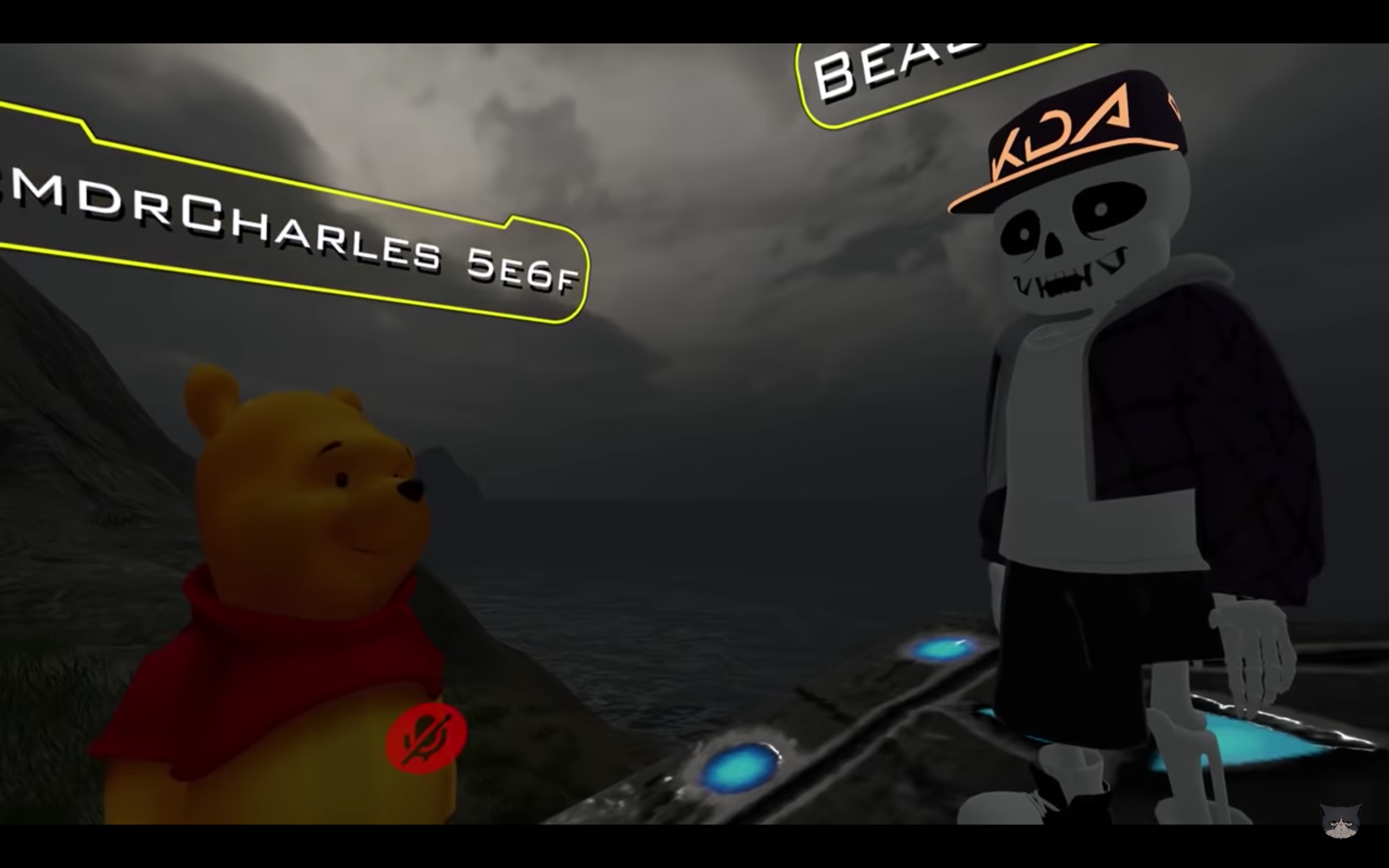 Syrmor managed to neatly capture all of these elements in his video, which accumulated over 27 million views. Suddenly, he wielded a ton of influence. He needed to figure out what he wanted to do next.

“I didn’t have any expectations to do YouTube. After the video blew up I thought I’d try my hand at it, because what were the odds of me ever having another viral video?” says Sherazee. “So I started by basically doing comedy compilations, and it was sort of interesting, but it wasn’t really what I wanted to be doing on YouTube. Then one day, I bumped into this guy in VRChat who was really drunk, and he was just rambling on for hours.

I was recording the whole thing. I went back and edited it. And I thought, ‘You know what, this is a really cool conversation of this guy letting his heart out to a bunch of strangers online, but it’s not really funny.’ I thought the audience wouldn’t like it, but I released it, and people reacted to it well.”

The video Syrmor is referencing is about as beguiling as it is heartbreaking. “Whenever I meet people in here, they’re willing to talk to me when I just say that I’m drunk,” says a slurred Slavic voice. “I really appreciate that you guys are listening to me, I love you guys.” The existentialist rant is ventriloquised out of a slouching anime girl, and she concludes while standing atop a UFO that overlooks a plastic Earth.

Sherazee says he used to not tell his interview subjects that he was recording, meaning they had no idea that there was a YouTuber standing in their midst. That changed about eight months ago, as he started to reconsider what VRChat represented to its regulars. Taping without consent stretched the limits of video game sequestration, so Sherazee needed to adjust his methodology to sit right with his morals.

“The discussion I’ve had with a lot of people is [about] what your assumed privacy is in a video game. If I was recording a Call of Duty Let’s Play, and I was recording the people talking in my game, nobody would care. Nobody would fault me for that. They’re playing a video game and talking online,” he says. “I felt the same way about VR. I would record and I wouldn’t give a second thought to the people in the recording. But after thinking about it for a while, I started viewing VRChat as less of a game but more of a private chat room, or having a conversation with someone on MSN Messenger.”

I asked Syrmor if he ever feels uneasy about ostensibly broadcasting the social traumas of a middle school kid, or the substance abuse of an eggplant, to YouTube’s casual cruelty. He’s come up with a policy to address those concerns, too. Before every video, he sends the footage he wants to use to whoever he interviewed.

They get final approval of the content, which means they won’t find any ugly surprises about how they looked or sounded like when they watch themselves online. It’s not a journalistic approach, but the compromise works for Syrmor given the shaky jurisdiction of a platform like VRChat. Syrmor’s social stance as a whole has softened since he’s started his project.

“It’s made me a little bit less of a dick online, for sure. Especially because I talk to a lot of kids online. I would’ve never been mean to kids online before, but a lot of them talk about other people being mean to them online, and going forward it made me question that,” he says. “It’s difficult to grasp that the people you play with in a game are their own people, when they’re separated by gameplay. But in VRChat, when it’s just voice to voice and there’s next to no gameplay, it’s a bit easier to see stuff like that.” 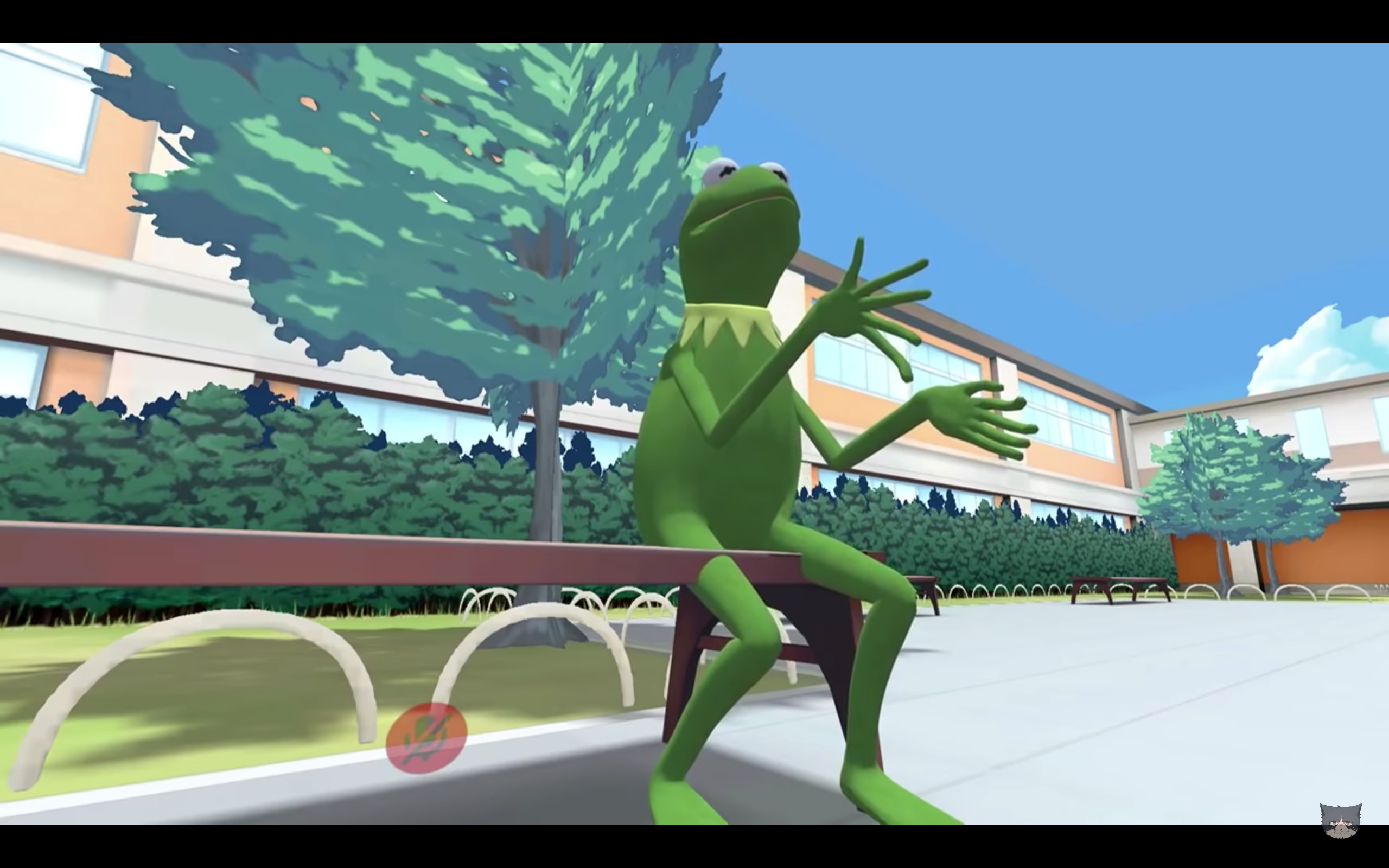 Syrmor notes the most memorable experiences he’s ever had in VRChat and the subject of one of his most recent videos. The subject explained that he was a kid suffering from epidermolysis bullosa, or “the butterfly condition,” a lifelong genetic disorder that makes your skin as “fragile as a butterfly’s wings.” (In some cases, it can even lead to amputations.)

Everything, from crawling on your hands and knees to taking a bath, can be very, very painful. He told Syrmor a story about daily battles with the disorder through the guise of a sprightly Piglet avatar.

“What really got me is that he talked about his dad very highly, because his dad is his caretaker. I said something like, ‘Your dad sounds like a cool guy,’ and he actually got his dad on the microphone,” says Syrmor. “Having this very burly, 40-year-old male voice coming through Piglet in virtual reality, talking about his son’s disease, and what life was like for him, was just not something I ever expected to encounter in video games.”

It is clear what Syrmor is reaping, and it is clear why people are watching his videos. Each of the commenters dotting his uploads know what it’s like to be a lonely bird. If there is any maliciousness, it’s certainly not filtered to the top:

“I never thought a bird would get me so sentimental.”

“I really want to give him a hug. he sounds like such a nice kid.﻿“

“Most of your videos have such profound and heavy stuff in them but i still always end up with this warm and hopeful feeling and just compassion for the person.”