Pogostuck Is The Latest Game To Make Twitch Streamers Rage 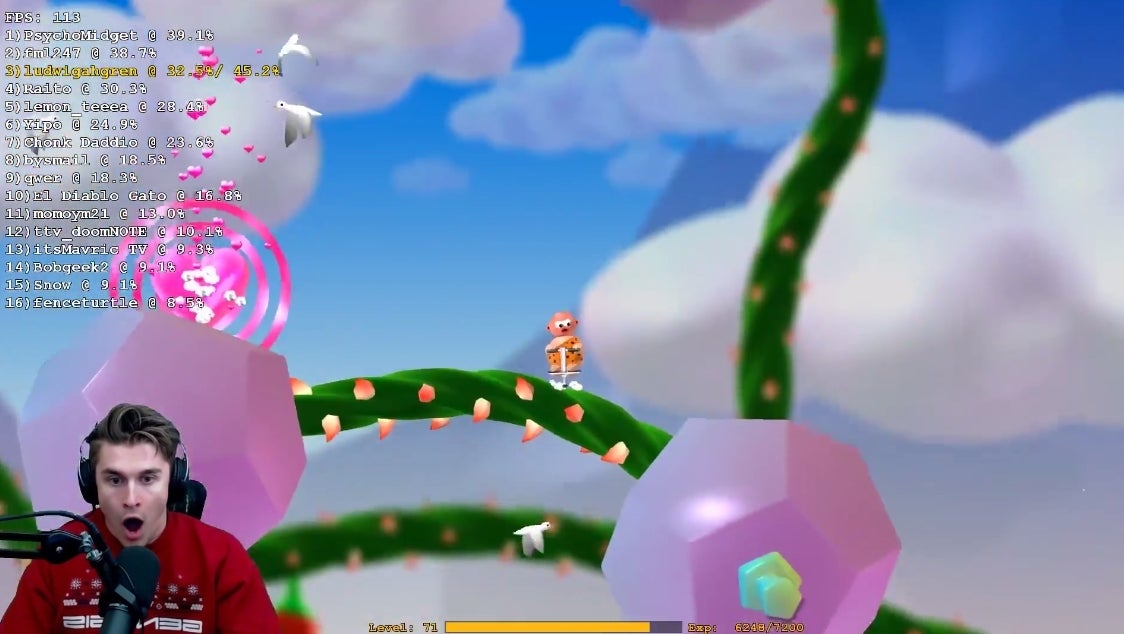 On the internet, everybody is angry all the time. The 2017 release of Getting Over It With Bennett Foddy, then, marked a special occasion: a time when everybody on the internet was mad at the same thing. Pogostuck is trying to replicate that feat.

Pogostuck, a game whose store page unabashedly says it’s inspired by Getting Over It, is about climbing a surreal mountain and failing repeatedly.

It’s different from Getting Over It in two central ways: 1) the device of your alternating salvation and damnation is a pogo stick instead of a hammer, and 2) you can see other players struggling their way up the mountain at the same time as you. Also, the little people you play as make Mario-like noises that are cute at first but become horrifically annoying when repeated every couple seconds for hours on end. There’s leaderboards and character customisation but no direct interaction between players.

Instead, the presence of others mainly serves to highlight your successes and—more likely—inevitable progress-obliterating failures.

The game’s only been out since the end of last week, but already, it’s produced some very satisfying clips of people falling down mountains. For example, here’s Lirik losing more than an hour of progress shortly after whining about the terrible crime of his fans excitedly informing friends that they killed him in games:

Here’s noted troll (and marshal of one of Twitch’s most obnoxious communities) Forsen suffering almost the exact same fall:

The game even got streamer FlashGamesNemesis so worked up that he, er, went on a surprisingly on-point rant about the economy, the housing market, and baby boomers:

And lastly, my personal favourite: Here’s LudwigAhgren giving a big, bombastic speech about how he’s the worst in his friend group at Smash and bad at physical sports, but he’s got a special “something other people don’t, a power that can beat anything”—before absolutely eating it: