Whether out on the footpath, at a party in somebody’s house, or fleeing from a pack of wild dogs, what’s your first instinct—as a rational, sound-minded human being—upon meeting a dog? That’s right: you want to pet it.

Video games are meant to let us fulfil our wildest fantasies, and yet, many of them won’t grant us that simple wish. One hero has taken to chronicling every game that lets you pet dogs – and those that don’t.

“You can pick up, whip, throw, and even sacrifice the dog to a dark god, but you cannot pet this dog.”

The “Can You Pet The Dog?” Twitter account describes itself as “a catalogue of pettable and non-pettable dogs in video games.” Each entry gets straight to the point, saying whether or not you can pet a dog in a particular game and providing visual evidence. Despite its relative simplicity, it’s resonated with people.

After being created earlier this month, the account already has nearly 60,000 followers. This outburst of interest is understandable, because while some video games now have hyper-detailed animations for things like shaving and pushing aside tree branches, some can’t be bothered to let us pet our scruffy canine friends!

If, in real life, it came down to a choice between being able to pet dogs and being able to shave and avoid trees, I’d let my beard grow until my face was a forest whose trees I couldn’t stop running into—no question. Clearly, many people, like me, feel that video games need to get their priorities in order. 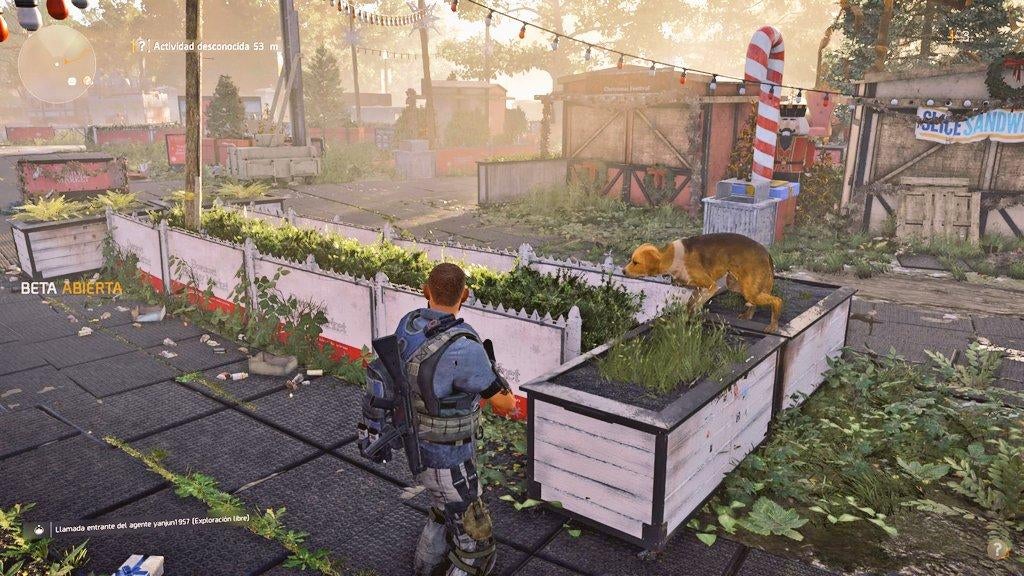 The creator of “Can You Pet The Dog?” – who prefers to remain anonymous – is one such person. For them, the breaking point was a recent game: The Division 2.

“I started this account after playing The Division 2 beta and Far Cry: New Dawn in quick succession,” they told Kotaku in a Twitter DM. “The latter has a satisfying dog-petting feature, whereas the former does not. The Division 2 is made worse in this respect because from what I can tell, you can only interact with the dogs in the game by means of violence … Even for a game set in the post-apocalyptic wasteland, that is a needlessly bleak and cruel way to design a neutral creature for your world.”

Last year, I wrote about the subject of petting animals in games and said that the ability to do so doesn’t just make a game world more realistic; it adds an extra dimension to both the character doing the petting and the pet. It creates a physical bond of support and trust between them, something that’s rare in a medium where most direct, player-triggered interactions between characters involve violence.

And yet, the creator of “Can You Pet The Dog?” has noticed an unfortunate trend toward violence against dogs even in some of their favourite games. They cited Spelunky as an example.

“You can pick up, whip, throw, and even sacrifice the dog to a dark god, but you cannot pet this dog,” they said. “I forgive this game only because you can also rescue the dogs and get dog kisses upon exiting the level.”

You cannot pet the dog in Dark Souls pic.twitter.com/RmBuZjw9JZ

Whether or not you can pet dogs might seem like a simple binary, but there are more shades of grey in this shiny, alluringly pettable coat than you’d think. In the case of Fallout 4, for example, some people reacted to a “Can You Pet The Dog” tweet by pointing out that your character does, in fact, pet the dog in a scripted scene shortly after you meet him.

Additionally, mods exist that let you pet the dog whenever you want. By the Twitter account’s criteria, however, Fallout 4 didn’t pass the test. When I asked about this, the account’s creator walked me through the finer points of the complex mental task that is discerning whether or not you can indeed pet the dog.

“Does it count as ‘you’ if a dog is pet during a cutscene? Does a ‘dog’ count as a dog when it is a four-legged alien from a distant planet?”

“Each word within the phrase ‘Can you pet the dog?’ can be interpreted in numerous ways,” they said.

“Does it count as ‘you’ if a dog is pet during a cutscene? Does a ‘dog’ count as a dog when it is a four-legged alien from a distant planet? I have come to accept there is not an objective ruleset for the account, but rather a loose guideline. Defining a pettable dog is a bit like defining obscenity in that way; I will know it when I see it.”

Surprisingly, the creator of “Can You Pet The Dog?” does not have a dog of their own. They grew up in a household with dogs and are interested in adopting some, but said it’s “not a good time in my life to do so.”

“My current real-life dog situation might be a contributing factor as to my strong feelings about virtual dogs,” they said.

You can pet the dog in Mass Effect 2 pic.twitter.com/dl7qTXzLWj

When asked about their favourite pettable video game dog, they gave the only possible correct answer, irrevocably proving they’re the right person to be running this account.

“I have ruminated on this question for a long time,” they said. “I have come to the conclusion that the best pettable dog is all of them. They are all good dogs.”