In This Week’s Best New Comics, Jocks Are Legendary Warriors And Nerds Rule The World

The heroes in this week’s best new comics all have fairly solid senses of who they are as people, which is good, because that’s one of the few things they’re all able to hold onto as they’re thrust into unexpected, uncontrollable situations. 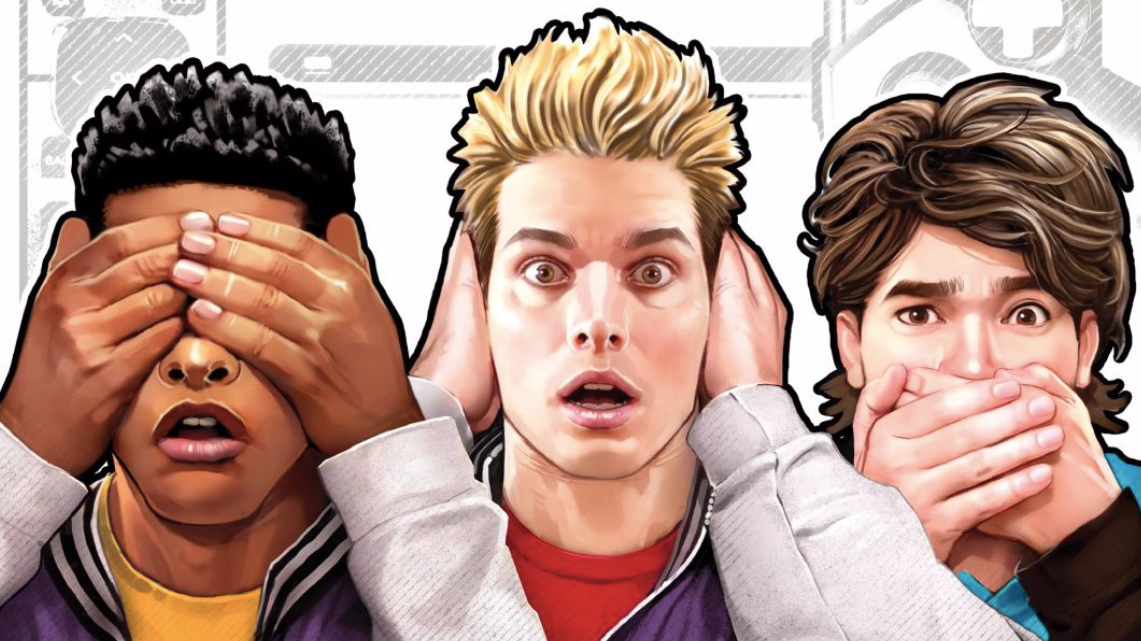 Three jocks who don’t know how much their lives are about to change. (Image: Alan Robinson, Felipe Sobreiro, Ahoy Comics)

Planet of the Nerds

At some point over the last 30 years or so, the concept of nerds who were made unique outcasts by their interests in more genre-oriented aspects of pop culture began to fade, as said pieces of pop culture became more mainstream. These days, we’re all nerds in one form or another, but there are still those who play into the idea of the age-old jock/nerd binary.

Ahoy Comics’ Planet of the Nerds — from writer Paul Constant, artist Alan Robinson and colourist Felipe Sobreiro — plays around with a story about Chad, a prototypical meathead jock plucked from any number of ‘80s teen movies, and his two friends Drew and Steve, who don’t understand why Chad can’t keep himself from harassing Alvin, a quiet, unpopular kid.

Rather than trying to psychoanalyse what it is about Alvin that enrages Chad so, Planet of the Nerds instead presents Chad’s behaviour as the objectively disturbing thing that it is, and his friends have legitimate concerns about his anger issues.

Chad being a caricature of a high school bully works, though, as Planet of the Nerds’ sci-fi twist kicks in and the three jocks are transported to 2019 — where they’re shocked to be met with a world now inundated with the super heroic icons that send Chad into his mindless rages.

At first, Planet of the Nerds reads a lot like a straightforward “we’ll show those mean jocks” plot that might not necessarily have very far to go, but the clever thing about the first issue is that its very premise is a kind of profound statement.

People such as Chad can’t really afford to exist in the present day because raging against anything associated with “nerds” is basically committing yourself to a life devoid of the world’s most popular forms of entertainment. (Paul Constant, Alan Robinson, Felipe Sobreiro, Ahoy Comics) 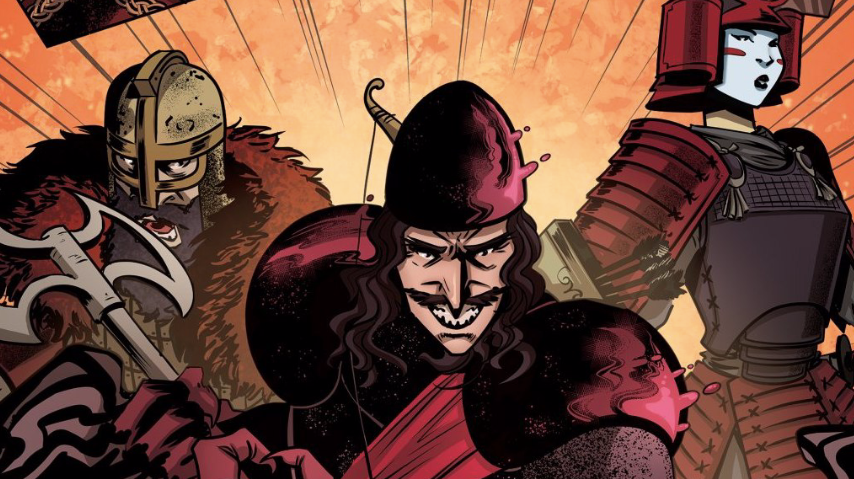 Whether you particularly care for them or not, it’s undeniable that sports have been powerful and important parts of human cultures for thousands of years, and while the specific form and nature of the games might change, people are always going to be drawn to them.

In the near future of T Pub’s Disposable Legends — from writer Terry Mayo, artist Lucas Romero and colourist Liezl Buenaventura — people stream professional laser battles known as Absolute Redemption Combat (ARC) and flock to arenas to watch warriors zap at one another on massive fields.

But as exciting as that might sound to us, for the audiences here, the sport’s become somewhat passé, and to make matters worse, at least one of the battlers has been so disillusioned by his life that he’s driven to commit suicide during a live broadcast.

The company that produces ARC battles needs something fresh and innovative to breathe new life into its productions and, with nothing left to lose, it sets out with a morally ambiguous plan to resurrect some of the Earth’s greatest warriors from history to put into the arena. (Terry Mayo, Lucas Romero, Liezl Buenaventura, T Pub) 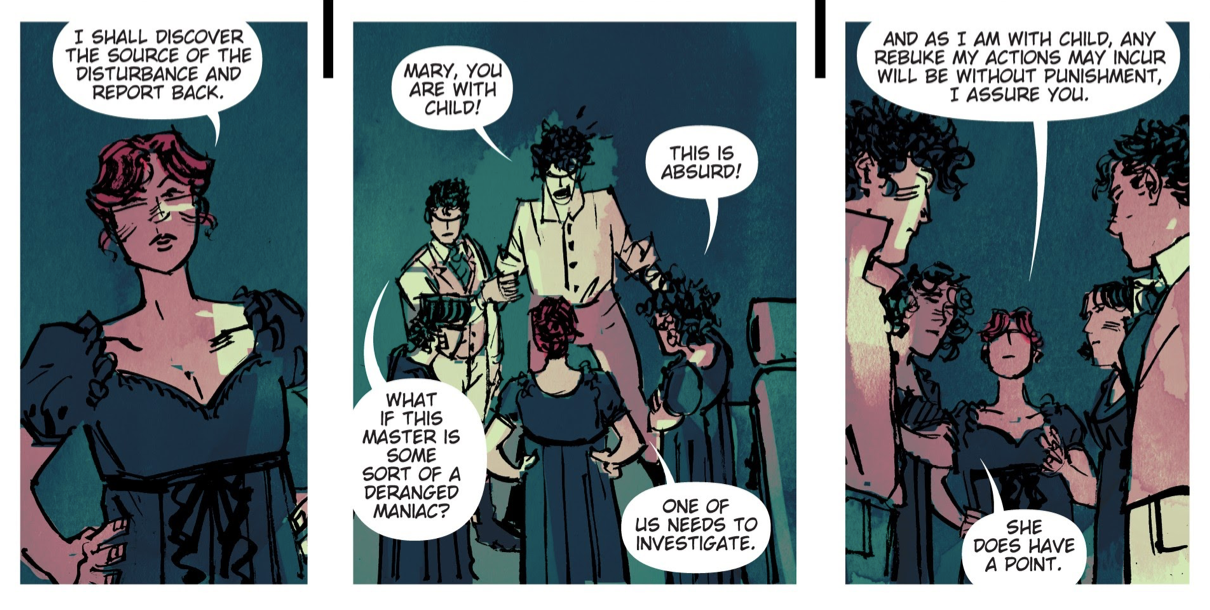 There’s a fair amount of mystery surrounding what happened to Mary Godwin during the time she and her fiancé Percy Bysshe Shelley set off with Mary’s stepsister Claire and the poet Lord Byron to Geneva after spending months travelling around Europe.

While Mary’d kept a regular diary detailing her travels, once she came to Geneva — the place where she would find the inspiration to write Frankenstein — her entries stopped for over a year.

In Aftershock Comics’ Mary Shelley Monster Hunter, from co-writers Adam Glass, Olivia Cuartero-Briggs and artist Hayden Sherman, Mary and her companions find themselves stuck in the countryside in the dead of winter as a storm’s raging, and they realise that their only hope of surviving is to take refuge in the nearby castle of one Doctor Frankenstein.

Because of her new pregnancy, most of the people around Mary insist on handling her with care and discouraging her from wandering around. But the prospect of being trapped in a mysterious castle where trails of blood and random body parts are weirdly common sparks something in Mary that might just end up saving all of their lives. (Adam Glass, Olivia Cuartero-Briggs, Hayden Sherman, Aftershock Comics)