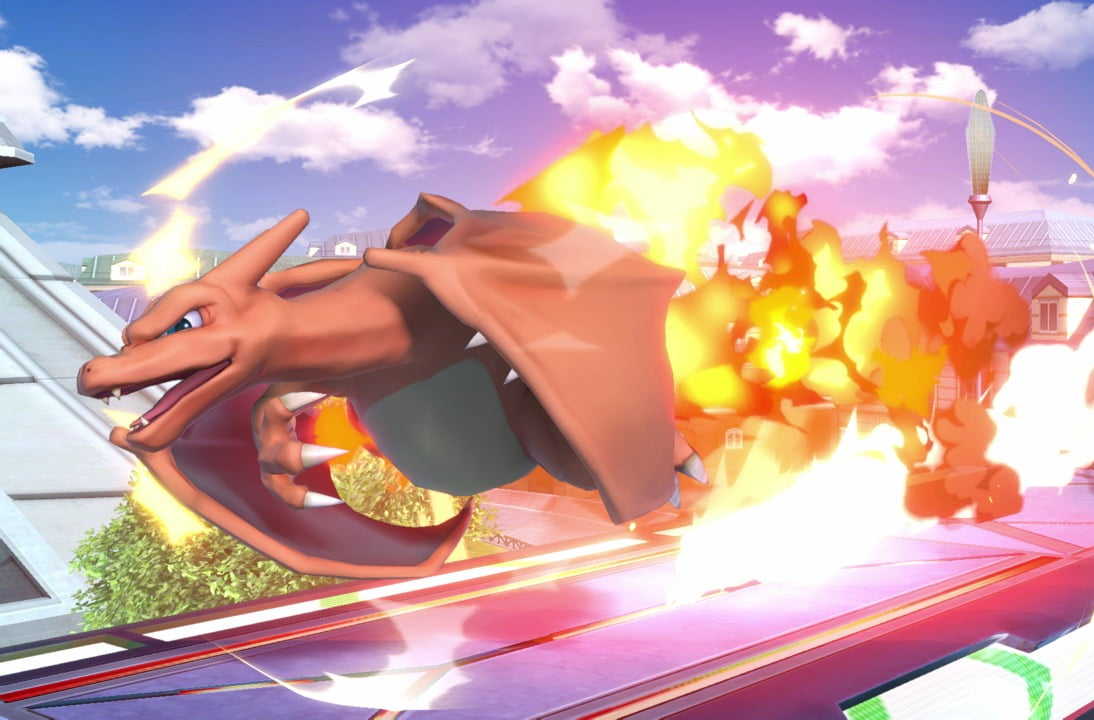 Screenshot: Super Smash Bros. Ultimate, <a href="https://www.ssbwiki.com/Charizard_(SSBU)">SSBU Wiki</a>
To sign up for our daily newsletter covering the latest news, features and reviews, head HERE. For a running feed of all our stories, follow us on Twitter HERE. Or you can bookmark the Kotaku Australia homepage to visit whenever you need a news fix.

Charizard may be the final evolution of one of the strongest Pokemon starters of all time, but in Super Smash Bros. Ultimate he’s kind of shit. Fortunately, that doesn’t mean you can’t have fun playing as him, especially by trying to pull of this deadly two hit combo that few of your friends will see coming.

The sequence, shared on the Smash Brothers subreddit by user JukeRemix, begins by damaging your opponent. Once they’re in the 50 to 100 per cent range, depending on the fighter, up throw your opponent and then immediately go into a Flare Blitz across the screen at them. If your opponent doesn’t dodge in time, they’ll go flying right off the stage.

Impractical in any number of truly competitive scenarios, the combo is nonetheless extremely satisfying to watch unfold, as evidenced by the compilation JukeRemix made highlighting the move, which has now been dubbed the Airblitz.

As several players commenting on the video noted, it’s hardly an easy one-two punch to pull off. But that’s part of the appeal, especially since Charizard is one of the game’s weaker characters. A number of guides rank him as a C-tier fighter or worse. William “Leffen” Hjelte, a former Melee pro now competing in Ultimate, routinely rags on Charizard as being one of the game’s most trash characters. The Airblitz move doesn’t change any of that—the power to buff Charizard lies strictly with Nintendo—but it does make him a lot more fun.

The Airblitz makes it fun to wreck your opponents with style. To those who worry they don’t have what it takes to pull off the move, JukeRemix says, “Don’t let your memes be dreams, no harm in trying.”