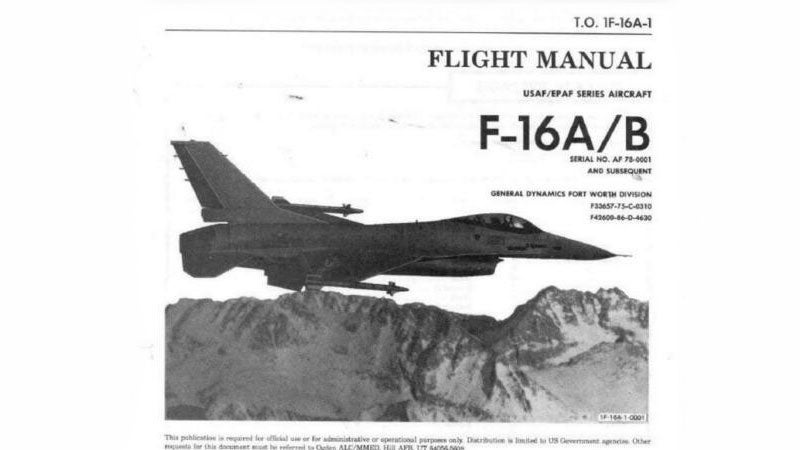 A Russian national is currently being held in Weber County, Utah, after being arrested and charged with “conspiring against the United States, smuggling and violating the Arms Export Control Act”. All over what he claims are some manuals he was using to make a flight sim.

As the Standard-Examiner reports, from 2011-2015, Oleg Mikhaylovich Tishchenko was active on eBay purchasing manuals for actual USAF fighter jets. The problem was that, as a Russian, he was barred from purchasing the documents directly due to international restrictions, and so he employed the help of flight sim fans based in the US to bid on his behalf and then ship the manuals to him in Russia.

Tishchenko—who claimed he was an employee of Eagle Dynamics, developers of the DCS series, and that the manuals were to help with development of the ultra-realistic games—soon became the subject of an investigation by Homeland Security and the Air Force, and was actually charged back in 2016. He was only recently arrested this year when he travelled to Georgia, a country with an extradition agreement with the US.

It’s alleged that Tishchenko got hold of manuals for the F-16, F-35, F-22 and A-10, which he proceeded to list on eBay and sell again, to purchasers in “Cyprus, Japan, the Netherlands, Australia, Germany and Taiwan.”

An unnamed Texas man who assisted Tishchenko by purchasing manuals and sending them to him in Russia was also charged, but last week had his charges dropped.

We’ve contacted Eagle Dynamics to confirm whether Tishchenko is or was an employee of the studio.

The Eagle Dynamics group, headquartered in Lausanne, Switzerland, confirms that one of its employees has been jailed in the State of Utah (USA) on charges of seeking to procure, export and sell restricted US fighter jet manuals, in particular the F-16.

Eagle Dynamics confirms that it was not involved in any way in the actions of its employee who acted in a purely private context and for his own personal interests.

The Company develops all of its DCS aircraft game modules exclusively on the basis of publicly available information and has never used nor tried to obtain any classified information.

The Company launched an internal investigation into the actions of its employee, and found nothing in the company’s records that relates to the facts that are being held against him. The investigation confirmed in particular that no company resources were used and that no export restricted documents were obtained or stored within the company’s systems. Furthermore, the Company confirms that the employee was not involved in any of the work or research pertaining to the development of the Company’s upcoming F-16 module.

The development of the F-16 and other modules currently in the pipeline will continue in order to further enhance the simulation experience of DCS World. These events will not affect Eagle Dynamics’ commitment to its users and faithful community.