Company Of Heroes Is Now A Board Game

Relic’s classic Company of Heroes is, on the PC at least, the perfect RTS. It’s now trying to do something similar on a tabletop, with the impending release of a board game version of the game.

Currently up on Kickstarter, and already 2x over its asking price, Bad Crow’s adaptation is sticking very close to the source material:

This beautiful board game ‘port’ captures the strategy, choices and fun of the beloved video games. Players manoeuvre units from one of four factions to secure resource points, grow their economy, unlock buildings and purchase and upgrade new units. Player’s eventually unleash their team’s powerful end game forces to help secure enough victory points or annihilate the enemy base buildings to win.

From fog of war, utilising cover and buildings, flanking armour, spotting, combining multi-unit tactics, veteran upgrades, deciding what units to purchase and what buildings to unlock; this project distills all of the elements we love about Company of Heroes into a streamlined board game experience.

Aside from the production values (there are a lot of miniature army dudes), a cool touch is that the game includes four factions (USA, Germany, Britain and USSR), and they all go at it just like the PC version’s free-for-all multiplayer and skirmish modes. 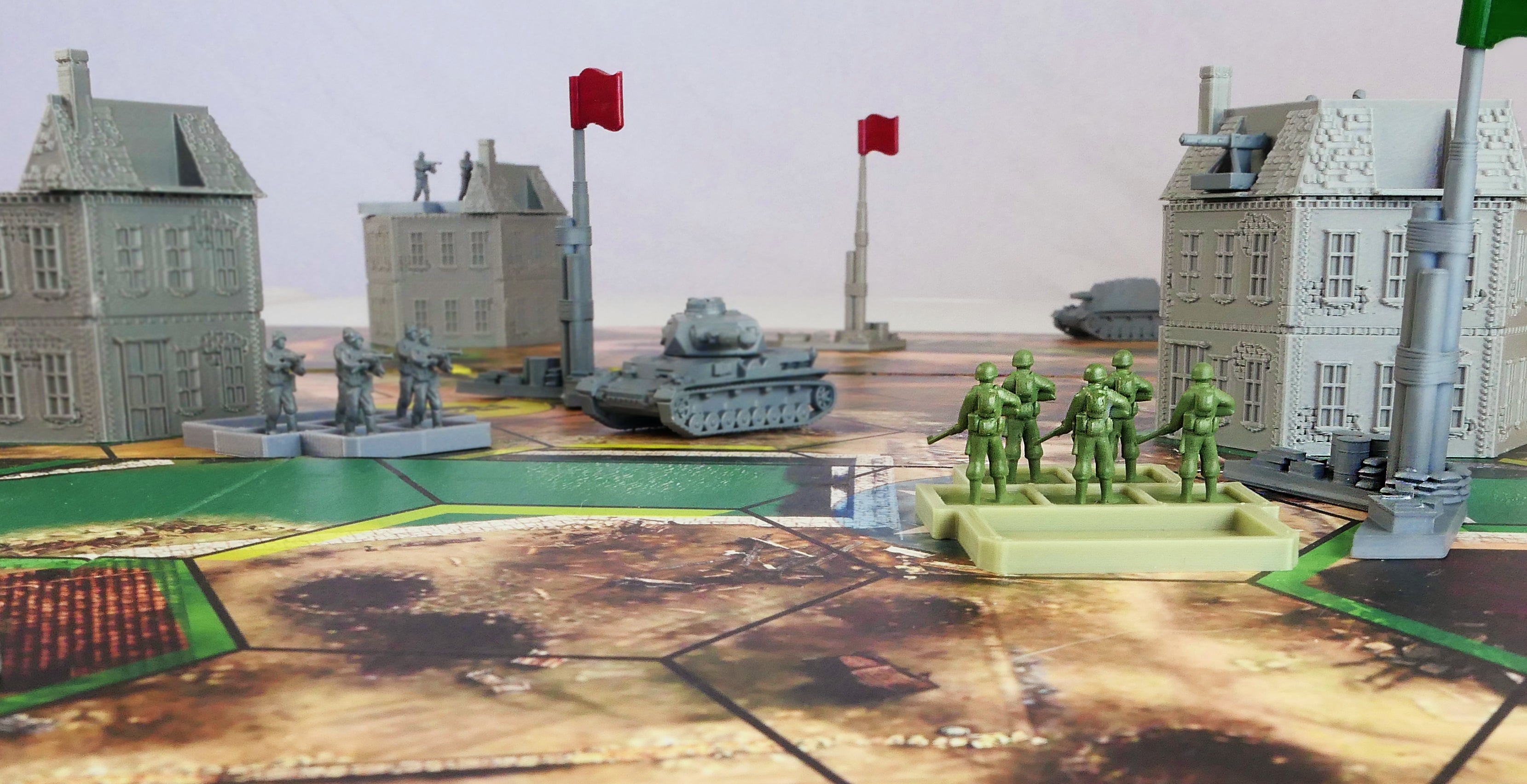 There are also some add-ons for the game that didn’t make it into the $US100 ($144) core set, like a singleplayer campaign and a set of 16 elite commander tank units.

You can order/back the game here.