If it weren’t for the “Made in Dreams” logo in the lower right hand corner, David Ferguson’s “Shapes” videos (via Resetera) could easily be confused with actual children’s television programming. In the first episode, a pair of funny giraffes have an important discussion on the nature of shapes and castle building.

For those of you who’d rather not watch the video a dozen times like my children, it features a pair of Scottish giraffes (Ferguson hails from Glasgow) having a discussion about shapes. Rather, one is having a discussion, and the other wants to build a castle out of the blocks. Chaos and spinny magic ensue.

What’s amazing to me is that what looks like an animated puppet show exists in a 3D space created within a PlayStation 4 app.

According to Ferguson, speaking to Kotaku via email, the animation tools in Dreams are similar to those found in traditional software, with one important addition — motion capture using Sony’s motion-controlled PlayStation Move wands. “With the Move controller you can get a really nice puppety performance.”

Each episode has taken Ferguson “about a week” to put together, he said, with gaps in-between due to actual paid animation work. The second episode was more complex, adding more characters and objects and playing around with different camera angles. Mind the dramatic cliffhanger.

In the second episode, the blue spinny giraffe acquires more blocks online and builds what he considers a castle fit for a king. He’s so sure about himself that he invites the actual king to come and look. Without spoiling it, the video ends with the long-necked pair condemned to death. 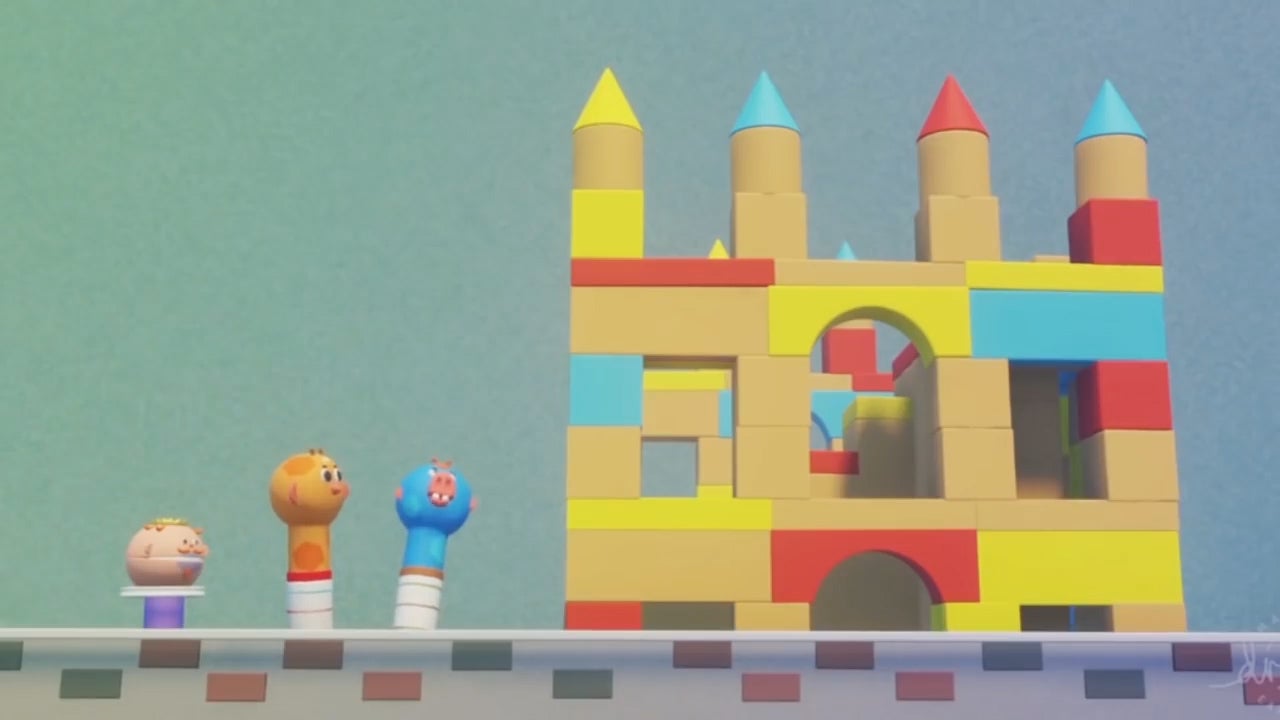 Will the puppet giraffes live or die? Ferguson wouldn’t say. Oh wait, yes he would. He was actually quite forthcoming.

“They will of course live,” he said. “I hope to create another episode within the next couple of months, working around paid animation work. I’ve been thinking that the next episode could actually be a short game, rather than a video, seeing as that’s what Dreams was made for.”

While we wait for the thrilling continuation in whatever form it takes, check out Ferguson’s website and YouTube channel for examples of his normal animation work, or check out episodes of his animated series, Turbo Fantasy, over on Mondo.