Rhythm games can be pretty complicated, twisting players’ fingers into knots as they try to keep track of four to six lanes, each delivering a brutal barrage of notes. PeroPeroGames’ Muse Dash has all the quirk and charm of a DJMax or Superbeat: Xonic, but it controls with just two buttons.

Already a hit on iOS and Android, Muse Dash comes to the Switch and PC on June 20, bringing an eclectic mix of more than 80 songs for players to tap along with. Each song plays out like a side-scrolling action game. On the Switch, tapping a button on the left Joy-Con hits enemies travelling in the top lane, while buttons on the right side attack the bottom lane. There are hold notes which require players to hold down a button for their duration and the odd enemy that must be attacked by rapidly pressing buttons on either side. Boss characters appear once or twice a stage but mainly serve as a different way for notes to appear on the screen. 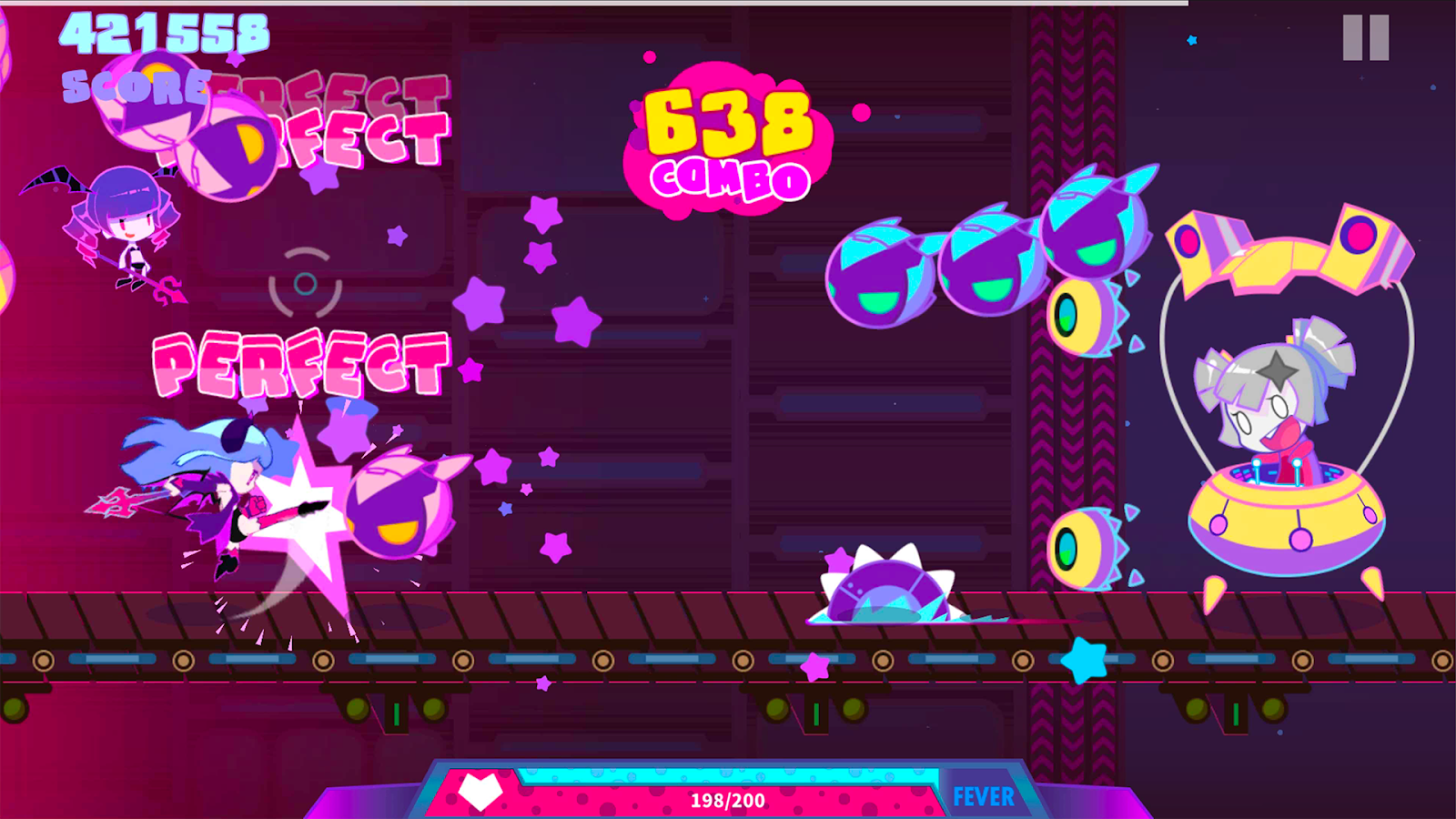 For fans of more frantic rhythm action, there are three difficulty levels to unlock for each tune, but there’s not a lot of room for the challenge to escalate when there are only two lanes to play with. Seasoned rhythm game players might be put off, or they could be tickled by the chance to play a little more leisurely. It’s nice to casually gain levels and to unlock songs, alternative outfits, and helper characters who provide benefits like temporary invincibility or damage reduction to the game’s three protagonists, Rin, Buro, and Marija.

If you’ve ever wanted to explore the joyful world of rhythm games but were daunted by the complexity, Muse Dash is the perfect game for you. The music selection is wonderful, ranging from cheery J-pop to hard and fast dubstep. The characters are either adorable, charming, or mildly racy, depending on the costume they’re wearing. 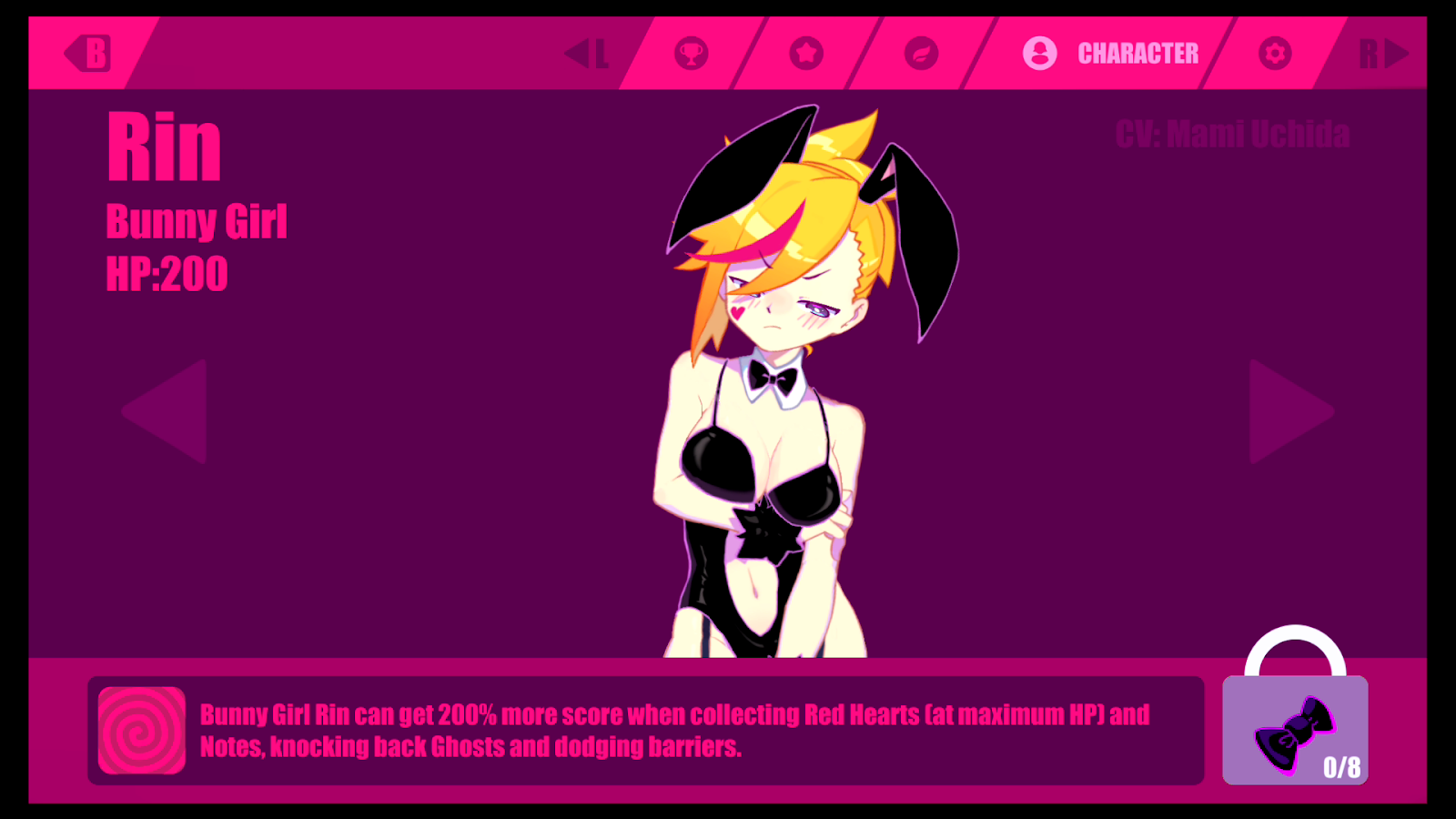 There is depth to Muse Dash. Putting together the right combination of costume and helper characters can make a huge difference on tougher songs at higher difficulties. But mainly there’s a whole lot of simple, anime-tinged musical fun to be had.