I Wish I Could Wear This Wee Arkham Asylum Batman Cowl

When I heard that DC Collectibles was making a replica of the distinctive cowl the Dark Knight wore during Rocksteady’s Arkham Asylum video game, I imagined skulking about my house as a masked vigilante, striking fear into children and cats alike. The final product is lovely, but not the wearable cowl I’d imagined.

The Batman: Arkham Asylum replica cowl, which goes on sale this month for $150 with a limited run of 5000 pieces, is the latest in a series that also includes the bulky batmask of The Dark Knight Returns, the metal Knightfall cowl with the red eyes, the short-horned blue number Bruce Wayne wore in DC Comics’ 2016 Rebirth reboot, and the creepy Batman Who Laughs mask from Dark Nights: Metal.

The Arkham version is distinctive for its beaklike nose and long, pointed horns. Sculpted by Dave Cortes and Amos Hemsley, it captures the video game costume’s look perfectly. 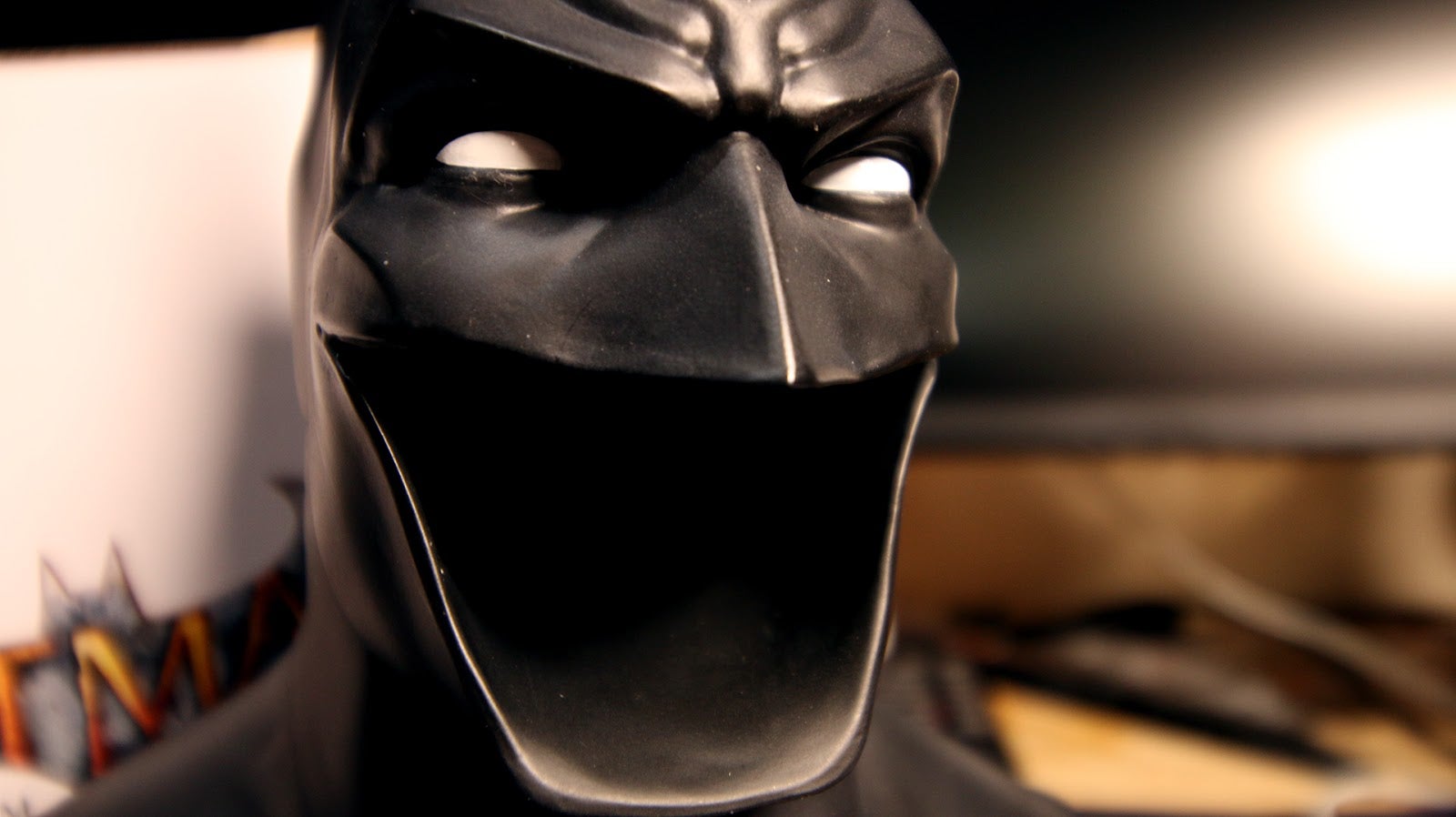 Yes, I said “sculpted.” Far from the wearable mask I first imagined, this piece is a sculpted bust, of sorts. Busts normally capture the entire likeness of a character. This one leaves a hole where Bruce’s human face would be. 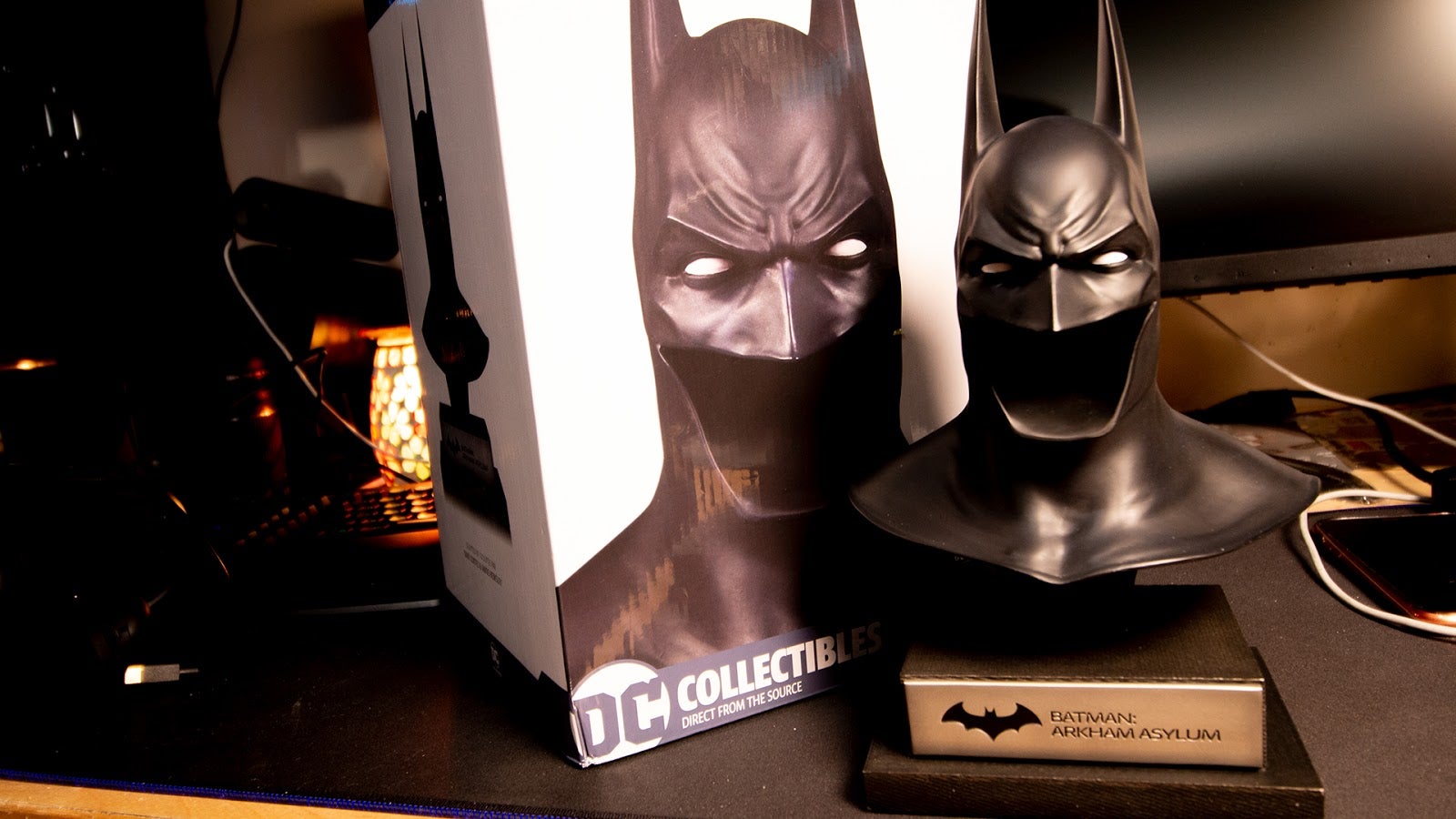 Standing 28cm high from base to pointed ears, the Arkham Asylum cowl is not large enough to fit on my face. It would be perfect for my cat, but it is a resin sculpture that’s only partially hollow. 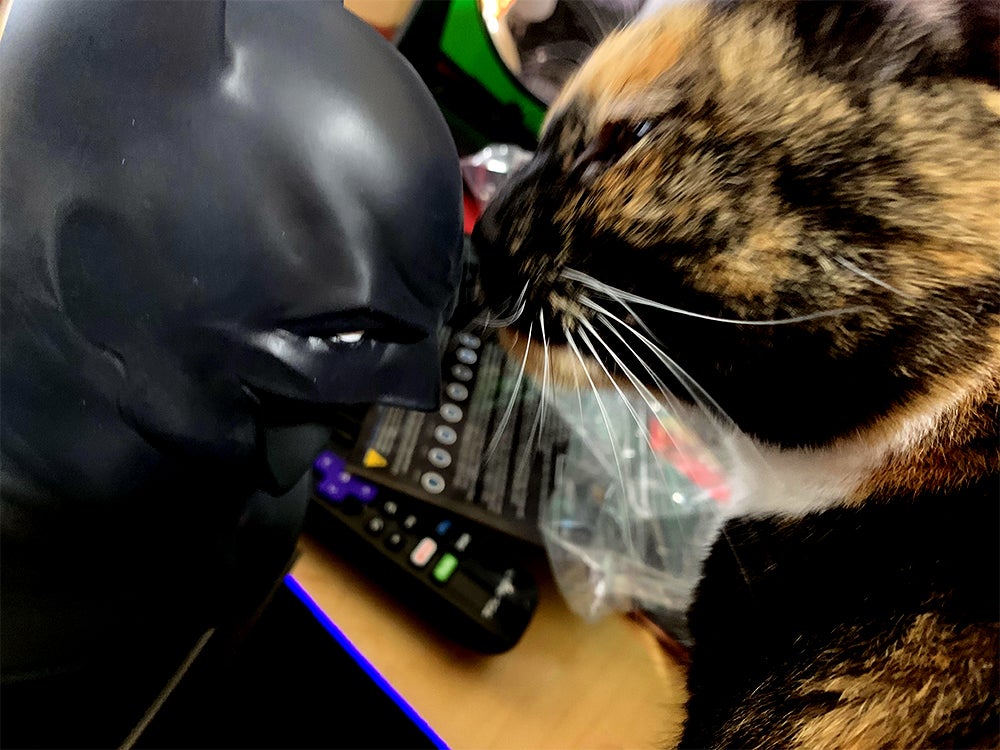 It does look very nice on my desk, and the ears are rigid enough to be used as a self-defence weapon in case of home invasion. Batman would approve.