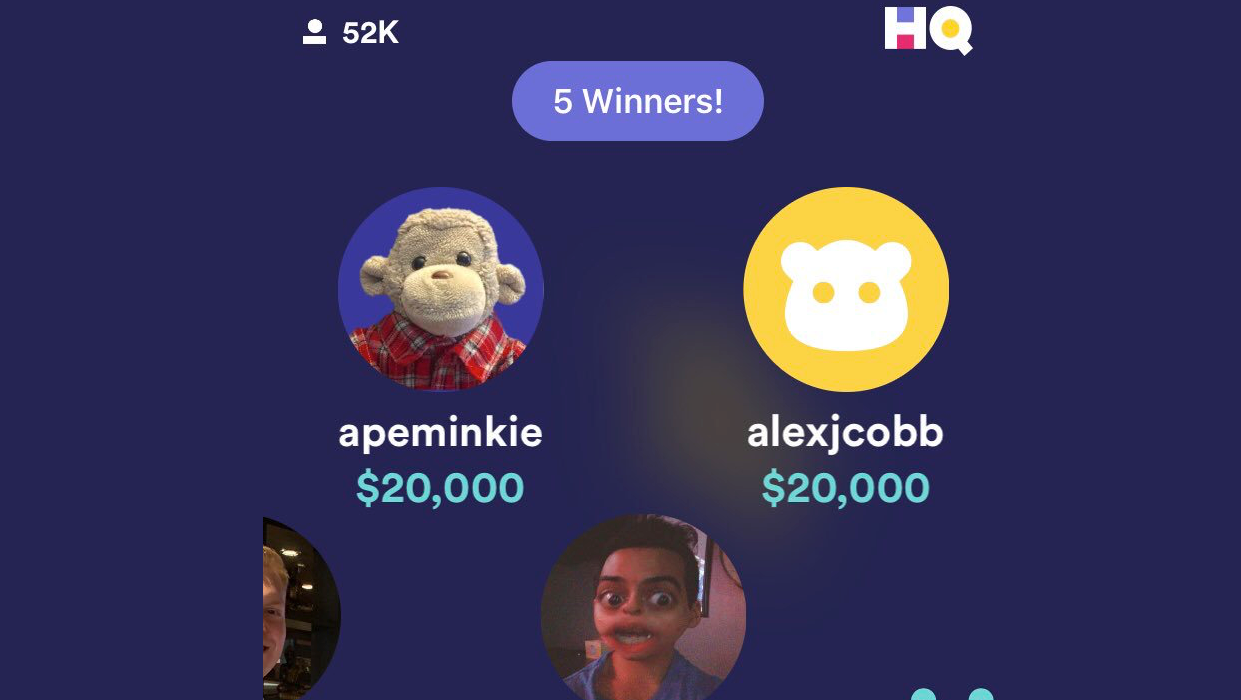 If you play HQ, a trivia app that supposedly doles out cash prizes, this kind of story might be familiar to you: someone won money from the game but can’t cash out and have access to it. The “someone” in this case is controversial Jeopardy player Alex Jacob, who has been trying to get his $US20,000 ($28,868) jackpot for the past month to no avail.

HQ has been going through a lot of changes, most of them not great. Last week the company laid off 20 per cent of its dwindling staff, who were already frustrated with the decisions of its CEO, Rus Yusupov, who is now the sole person in charge after HQ’s co-founder, Colin Kroll, died in December.

The game lost a beloved host, Scott Rogowsky, who was not allowed to say farewell to his audience, and that same audience is frustrated with HQ’s attempts to get more people to spend money on the game through buying extra lives or purchasing an upcoming $14 monthly subscription, which will give paid players access to more games. Unfortunately, HQ is also still plagued by cheaters.

The one consistent thing about HQ is just as depressing as all the changes to the company and its business model. People have a hard time actually getting their money when they win it.

It’s perennial to the point that if you search “hq cash out” on Twitter, you’ll find dozens of players trying to get the money they say they’ve earned through being good at trivia.

Alex Jacob, a former professional poker player and six time Jeopardy champion, is now in that camp of people who want HQ to give him his money. According to a tweet from last night, Jacob won a $US20,000 ($28,868) jackpot on June 10, and still hasn’t been able to cash out a month later.

Guys, I need your help. I won $20,000 on @hqtrivia on June 10 and still haven’t heard anything about payment. Sadly, I don’t think they’re going to pay.

Please RT to tell HQ they should honor their jackpots. If I’m wrong, I’ll happily delete this & give $100 to someone who RT’d! pic.twitter.com/FmpY6unK49

During his run on Jeopardy, where Jacob both thrilled and frustrated fans by jumping around categories looking for Daily Doubles and then betting so much money that no one could overtake him, Jacob earned over $US150,000 ($216,506) and also won the $US250,000 ($360,844) grand prize during the Tournament of Champions. To him, $US20,000 ($28,868) might not be all that much money, but as he wrote in his tweet, he still wants HQ to “honour their jackpots.”

“I am getting a lot of interview requests,” Jacob said in a follow up tweet. “I would honestly rather just get paid and not have to do any of them. Please make this right HQ Trivia.”

Kotaku reached out to both Jacob and HQ, and neither responded in time for publication.

A post about Jacob’s situation is one of the highest upvoted on the HQ subreddit and filled with similar stories about being unable to cash out. It’s also one of the few posts to break over a hundred upvotes on the subreddit. (The other three posts that reached over a hundred upvotes are about not liking the upcoming subscription model, missing Scott Rogowsky or a screencap of Scott Rogowsky talking shit about the company.)

There’s still a chance that Jacob could get paid, or even that HQ’s subscription model could turn things around, but it seems like the audience for HQ is ready to move on.

Good news for people who schedule events for bars and community centres – as long as you deliver on your prizes, there are thousands of people who desperately need a trivia fix.