An Apex Legends Player Analysed Over 100,000 Matches To Find The Most Popular Drop Zones

Apex Legends’ map is full of different places to land in and loot. In the early days, there was no real strategy except going with your gut and hoping for the best. But that’s changed now that countless matches have taken place and players are paying more attention. One player-made program collecting data on thousands of matches has revealed where players go the most, showing the early game strategies for both ranked and unranked players.

The data was posted on Reddit by user ZYy9oQ, who has used a tracking program to gather information from over 120,000 Apex Legends games.

That data was used to create a heat map of where players landed at the start of rounds. It was also used to allow players to track the statistics of some of their favourite streamers like Shroud and Seagull. One of the more interesting trends is how low-ranking players tend to favour a handful of spots, while middle-ranked players fan out more, only for Diamond players and higher tiers to converge on a few choice areas. 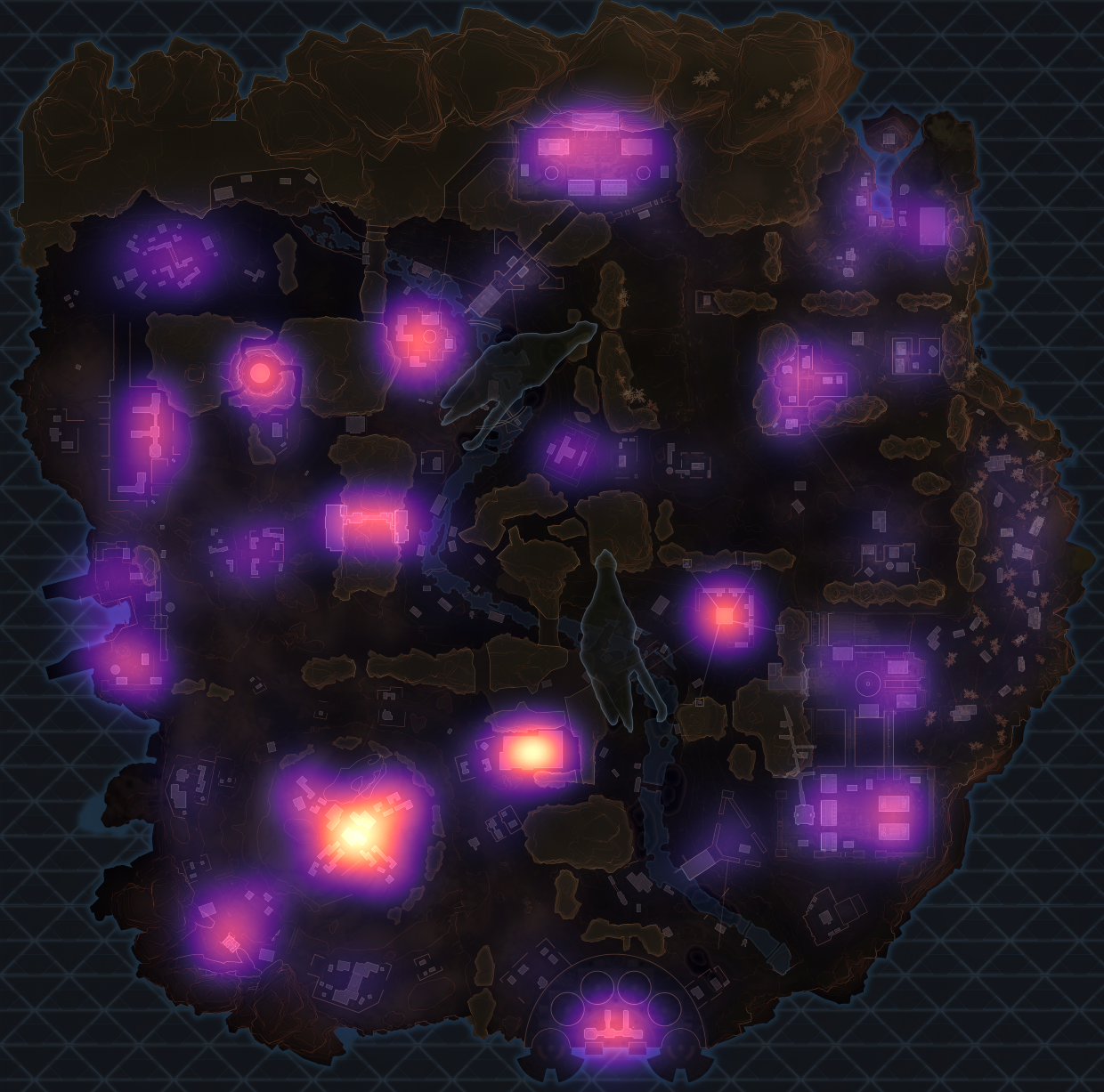 The heatmap for Season 2 unranked players. Note the hot spots at the south of the map. Meanwhile, the map for Season Two ranked players has much more variety. Less Skulltown in aggregate.

Unranked players drop in at two places more than anywhere else: Skulltown and the Market. These areas are at the lower end of the map. Skulltown contains medium- to high-tier loot, making it a strong starting area to choose. It’s also not on the edges of the map, preventing a lengthy trip to get into the play area.

The collection of Season-2-ranked players is far more varied with hotspots all over the map. Zooming in to look at top-rank Predator players shows that Skulltown is once again the hottest dropzone. Presumably, it really lives up to its name as a damn deadly area.

The heat maps are apparently generated using a tracking program that looks at players’ games in one-second intervals. In some ways, that’s a little creepy and maybe you won’t want to use the program yourself, but it’s also led to a fascinating breakdown. And now that you know Skulltown is popular, you can drop there and be popular too.