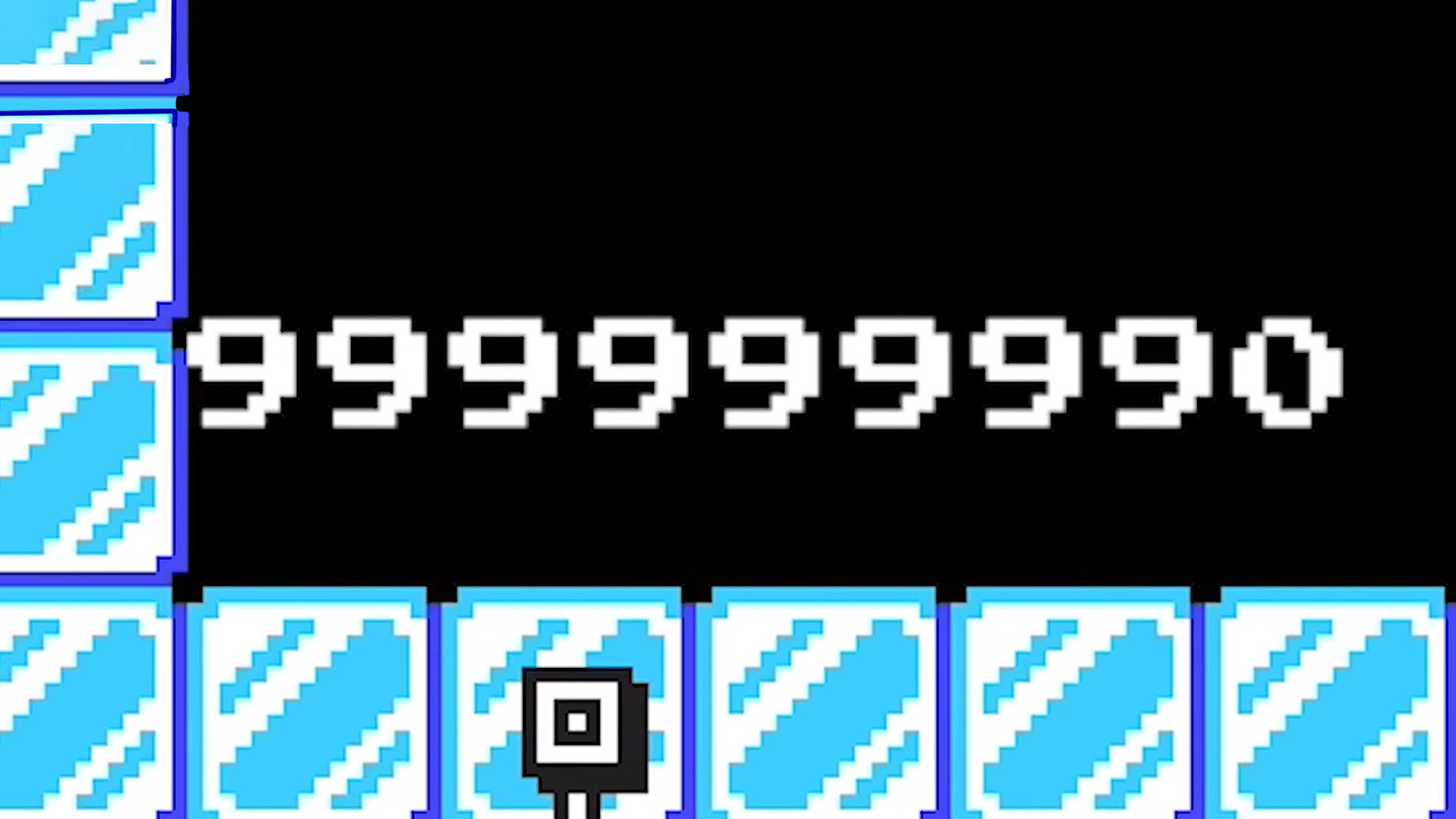 If I asked you what is the highest possible score achievable in Super Mario Maker 2, you would assume 999,999,990. That’s usually how video games work. And technically you would be right. But actually reaching that perfect high score is basically impossible through normal gameplay, due to the limited amount of time players have in Mario Maker courses.

However, one dedicated player decided to figure out a way to not only reach this high score but to do it as quickly as possible.

Ceave Gaming is a channel we’ve covered before on Kotaku and for good reason. Ceave is a wonderful YouTuber and a giant Mario fan, who is also a very skilled player. He’s beaten Mario games without collecting coins or while staying crouched the entire time. His latest challenge was figuring out how to reach the max score in Mario Maker 2.

In a Mario Maker course players only have a maximum of 500 seconds to complete a course. However, using pipes, this time can be greatly extended. Using a method known as rapid reloading, players hold the down button constantly. Doing this makes Mario enter and exit the pipe endlessly. When entering and exiting a pipe, the game doesn’t move the clock forward normally, instead only moving the game forward 6 frames.

Using this method, players can reload a room 10 times in the span of one in-game second. This method basically stretches one second of the game into a minute of real-time. 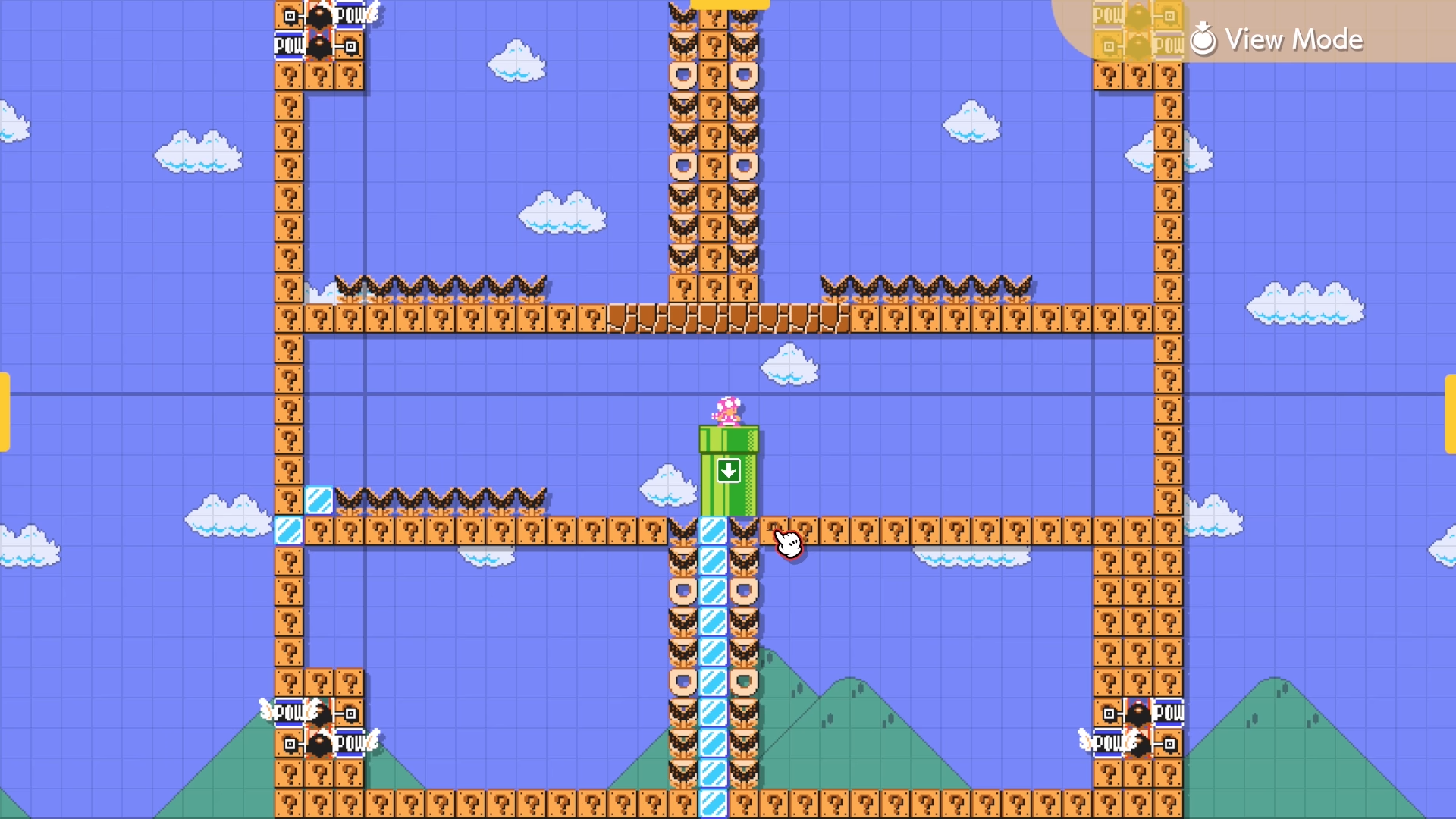 A few weeks ago, Ceave uploaded a video where he used this rapid reloading method and strategically built machines to quickly kill a ton of enemies over and over. This allowed him to reach a high score of 788,086,500. Impressive, though not technically the highest score possible.

Unfortunately, it seemed impossible to reach that perfect score of 999,999,990.

Shortly after uploading that video the Mario Maker community suggested more efficient ways to score points. Most of these ideas didn’t work, like placing mushrooms on the pipe to score extra points. This doesn’t work because mushrooms don’t respawn every time you renter the level, like enemies.

However, a Reddit user named Veedrac discovered a trick to use the way pow blocks are loaded to earn more points. Essentially, pow blocks are calculated in a specific order, left to right, top to bottom. So if you build a repeatable area in such a way that each POW Block only kills a certain number of enemies, you can create a more effective and efficient point farming machine.

Using this new information, Ceave was able to create a course where he could reach that super high score in just under 500 in-game seconds. However, remember how rapid reloading stretches each second into a minute of real-world time? So because of that, to reach the high score in Mario Maker 2 it takes over five hours of rapid reloading. So get some movies or podcasts ready if you plan on doing this.

Of course, this could change. The Mario Maker community is always figuring out new ways to break the game or build crazy and elaborate levels. So it seems very likely that some other method will be discovered to reach a high score even faster.