Following up on last month’s alpha for Modern Warfare’s upcoming 2v2 Gunfight mode, the beta offers a taste of the standard multiplayer with 6v6 and 10v10 matches in game modes that Call of Duty players are familiar with. Team Deathmatch and Domination serve as the staple modes, while Headquarters returns to serve as the King of the Hill-style mode that requires teams to fight and capture certain “headquarters” locations on the map. 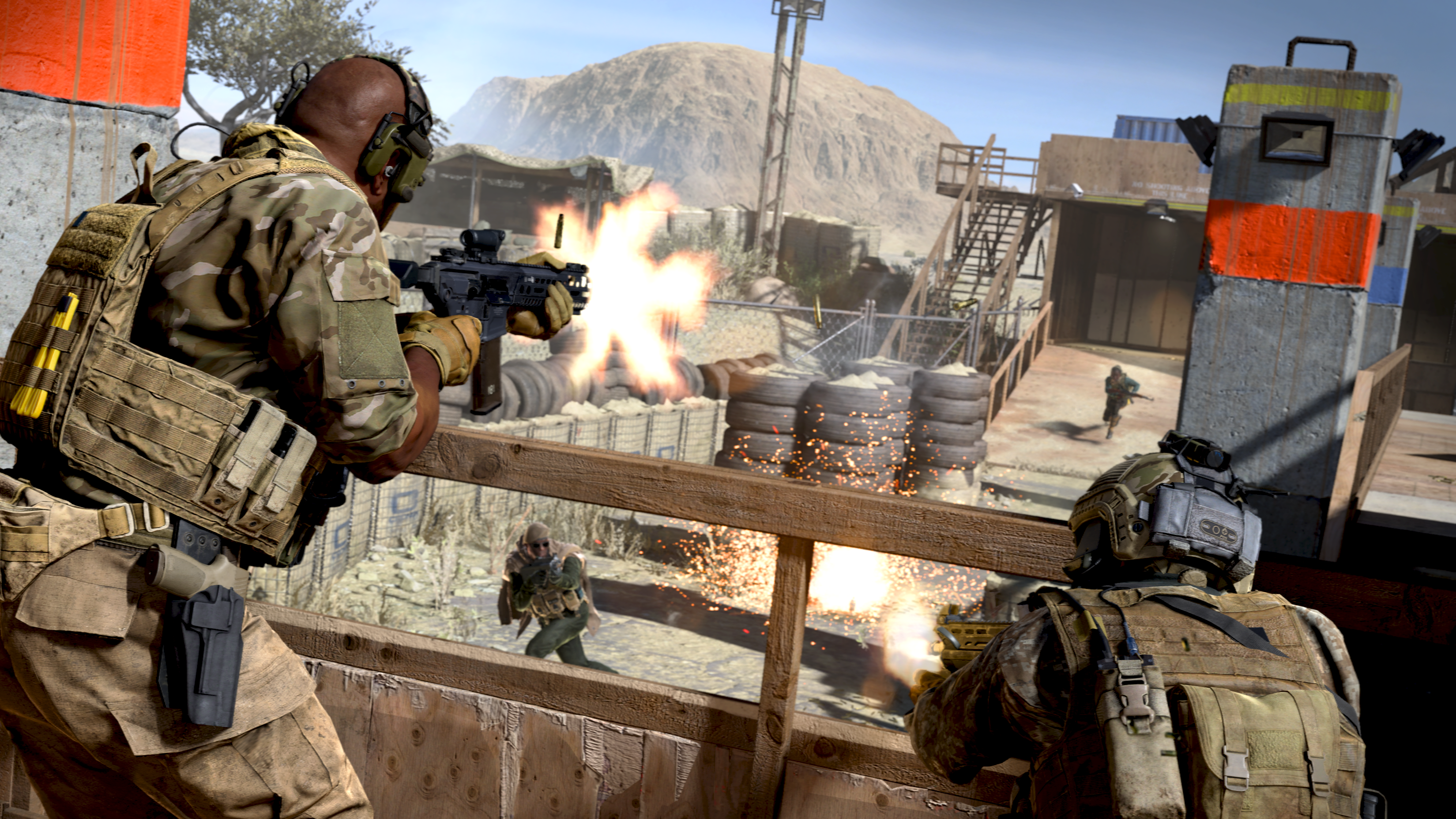 Modern Warfare's Alpha Has Me Feeling Good About The Gameplay

This weekend, Call of Duty players on PlayStation 4 are getting hands-on with this spring’s Modern Warfare. Activision has launched an early alpha of the new 2v2 “Gunfight” mode, and so far it’s mostly good vibes and fast-paced gameplay for Infinity Ward’s rebooted Duty.

Today, day two of the beta, added a new tactical objective mode. In “Cyber Attack,” players must fight for possession of an EMP device with the objective of planting the device at the opposition’s data centre. Similar to Search and Destroy, players only have one life per round, and there is a diffuser that needs to be defused before a timer runs out.

This can feel a little more hectic than a standard match of Search and Destroy, because wounded players can enter a knocked-out state and have a chance to be revived. The device needs to be detonated, or all players eliminated, to win the round. The first to win five rounds takes the match. 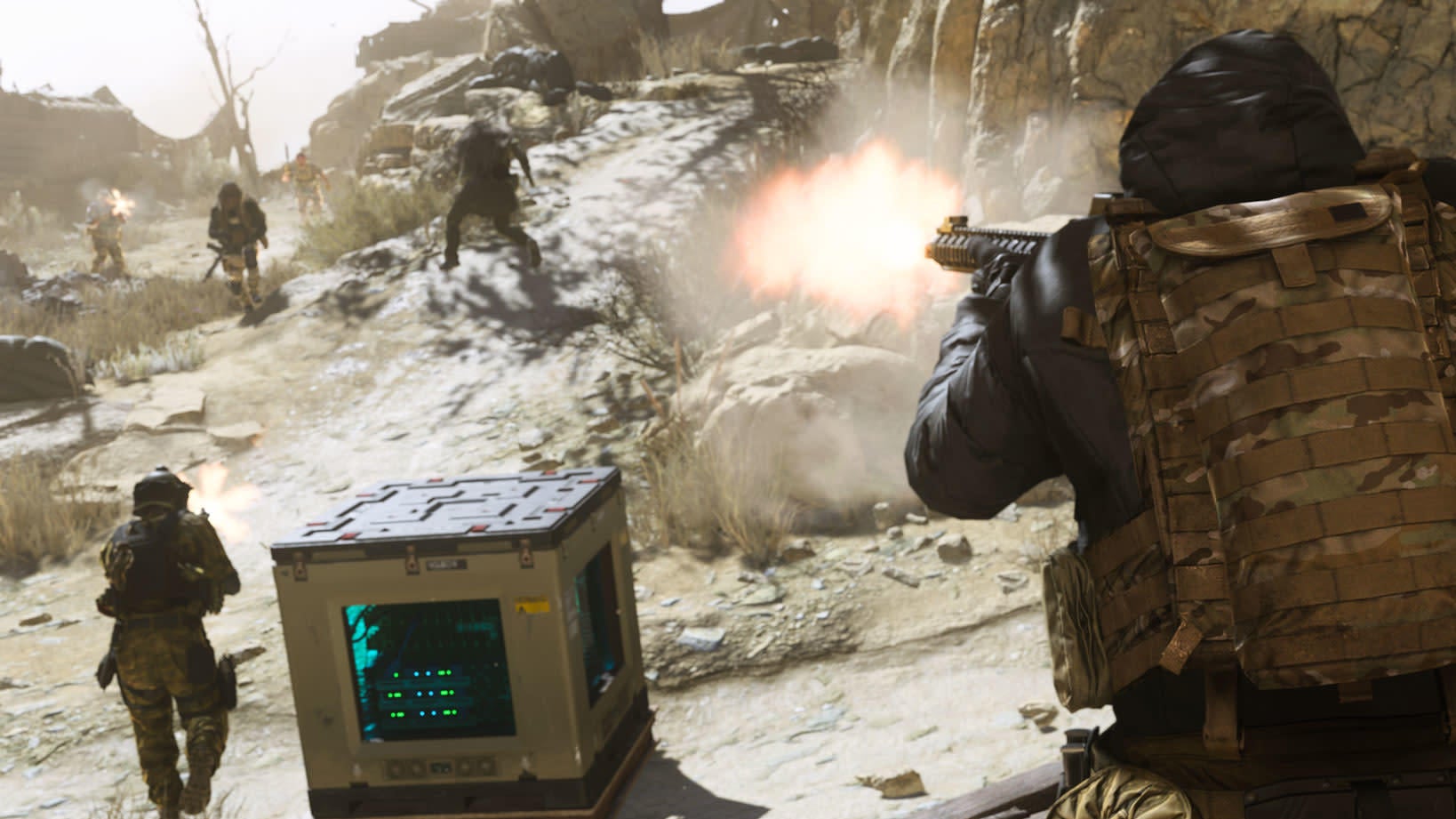 At first, seeing the maps, modes, and guns offered in the beta gives me those old-school Modern Warfare vibes. But Infinity Ward’s desire to push for more realism causes those feelings to end as soon as the match starts.

I’ve previously voiced my concerns over the lack of a mini-map in Modern Warfare’s core multiplayer. After getting hands-on with the beta, I strongly believe the pace of the game suffers without one. Much of the gunfights and rushing that players enjoy and expect from Call of Duty’s standard multiplayer is slowed down to overly cautious camping.

The beta maps also cater to camping, with myriad buildings and doors that now open and close. The “Grazna Raid” map is a clustered city perfect for getting shot in the back because there was someone lurking behind a door or in a dark corner. Being able to open and close doors is an option that will take some adjustment. On several occasions, I pushed through a building and got shot in the back because I thought the interior door I just passed was the usual fake decor. In reality, a camper was roasting marshmallows in the other room, heard my footsteps, and opened the interior door just in time to ruin my killstreak.

Flying solo with a team of noobs means that you’re not likely to get many killstreaks, and UAV streaks now matter more than ever since the temporary mini-map that they grant feels so crucial. Reintroducing the mini-map for standard multiplayer would motivate players to move around more, thus improving the pace of the matches and the overall feel of how these maps play.

Keeping with the theme of “realism,” Modern Warfare’s “Operators” are customisable soldiers who don’t have any wacky superpowers or weapons like the Specialist characters of most recent Call of Duty games. The characters themselves are simply cosmetic tweaks, so no robots with miniguns or dudes with overpowered tasers. 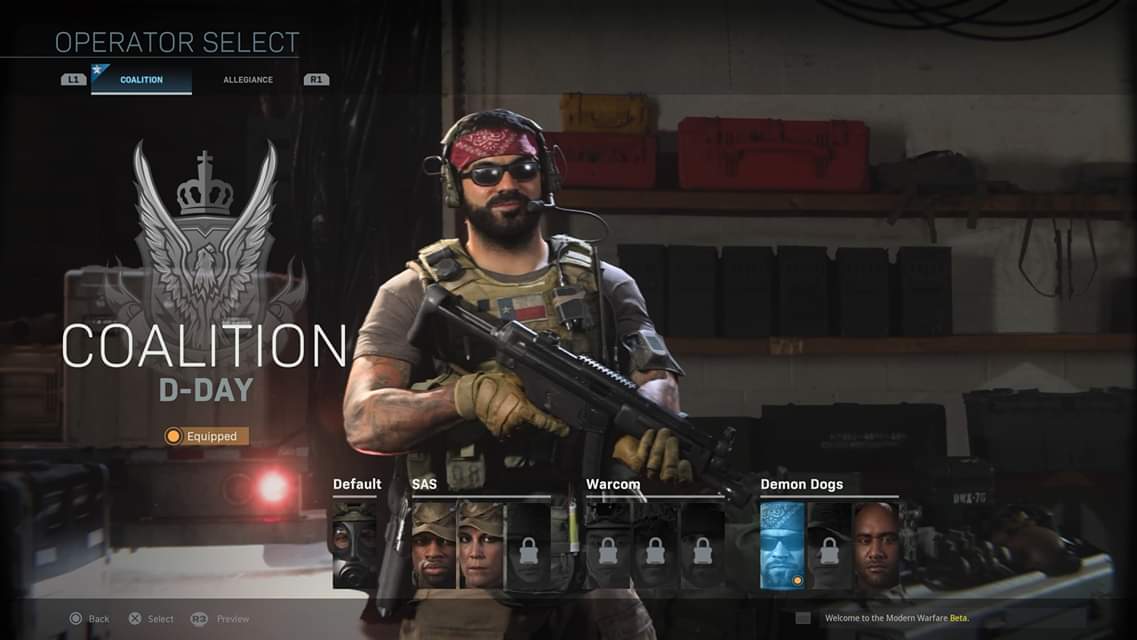 However, there are “Field Upgrades” that serve as a chargeable item or ability that can be equipped to any character. These upgrades are sensible additions to a modern Call of Duty, with options like ammo drops and a deployable ballistic cover that you mount for extra protection.

Modern Warfare’s Gunsmith offers a more visualized way to customise your gun, and the game is boasting a ton of attachment options. Day one of the beta had a level cap of 10, so there aren’t currently enough options unlocked yet. I’m not quite sure how daunting this will feel to new players. You can have five attachments on your gun at any given time, but there are pros and cons to each of them. Changing up one attachment could have a bigger impact on your weapon that it did in previous Call of Duty games. 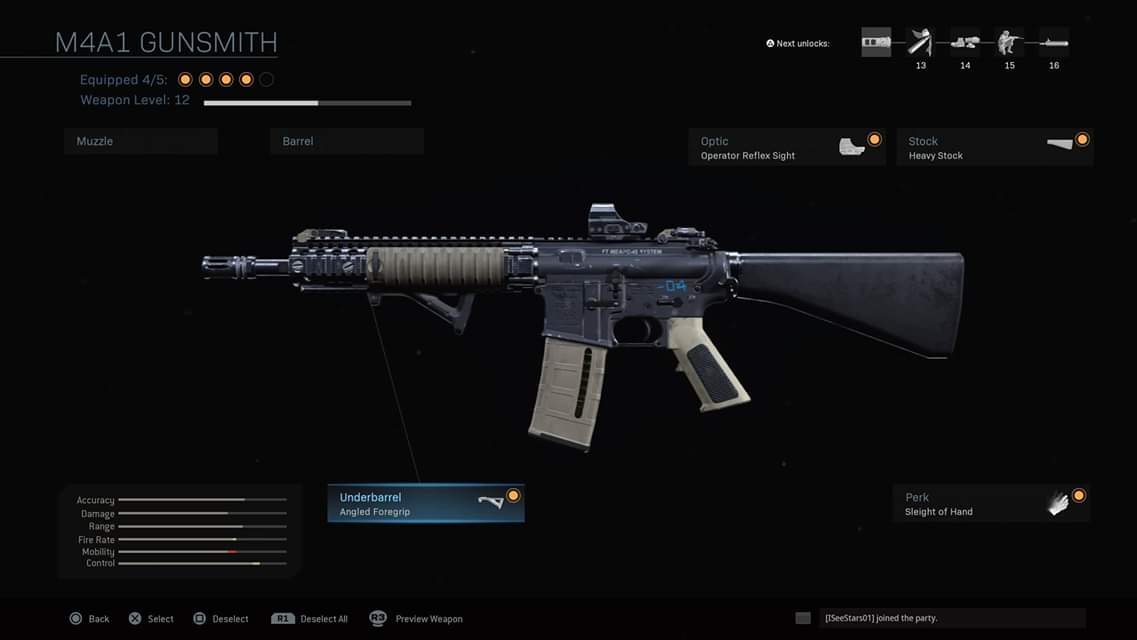 One thing I appreciate about Modern Warfare is the ability to adjust my loadouts during the match. I always felt like Call of Duty was stuck in the dark ages of forcing players to edit their attachments between matches, while Battlefield games spoiled me with mid-match adjustments. I am always that irresponsible player that complains during matches that I forgot to change my loadout. To be fair, my friends also suck at reminding me.

The guns of Modern Warfare look and sound great. I had major complaints about the sound levels in the Gunfight alpha. I could barely hear footsteps, for example, and I wasn’t the only one. Infinity Ward used the feedback to make some adjustments. Personally, the footsteps sound great for me this time around and remain consistently audible. However, I did see a few complaints that players weren’t hearing sounds properly in the beta, so all the issues don’t seem to be worked out yet.

Also, there were issues partying up with friends on day one of the beta, but it seems to be a little more reliable on day two.

Overall, Call of Duty’s return to a modern setting shows promise for next month’s release, but some decisions made for the push towards realism are frustrating some of the core player base and affecting the flow of standard multiplayer. I really hope Infinity Ward won’t sacrifice replayability for realism, because the game gets boring when the pace suffers. Please add the mini-map back.

Call of Duty: Modern Warfare will be released on October 25. 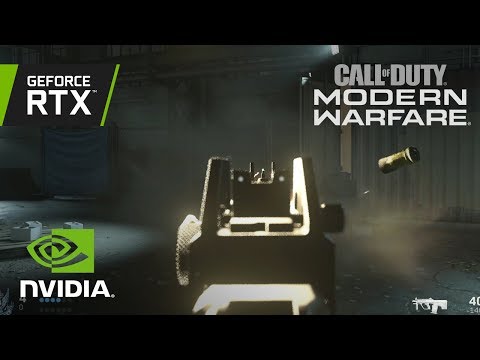 Here's Some Ray-Traced 2v2 Modern Warfare For Your Evening

I still miss the days when Modern Warfare was the biggest thing at LANs on PC. The Modern Warfare reboot won't restore the PC as the primary Call of Duty platform, but all the latest footage gives me a little hope that it'll be much better PC port this time around.