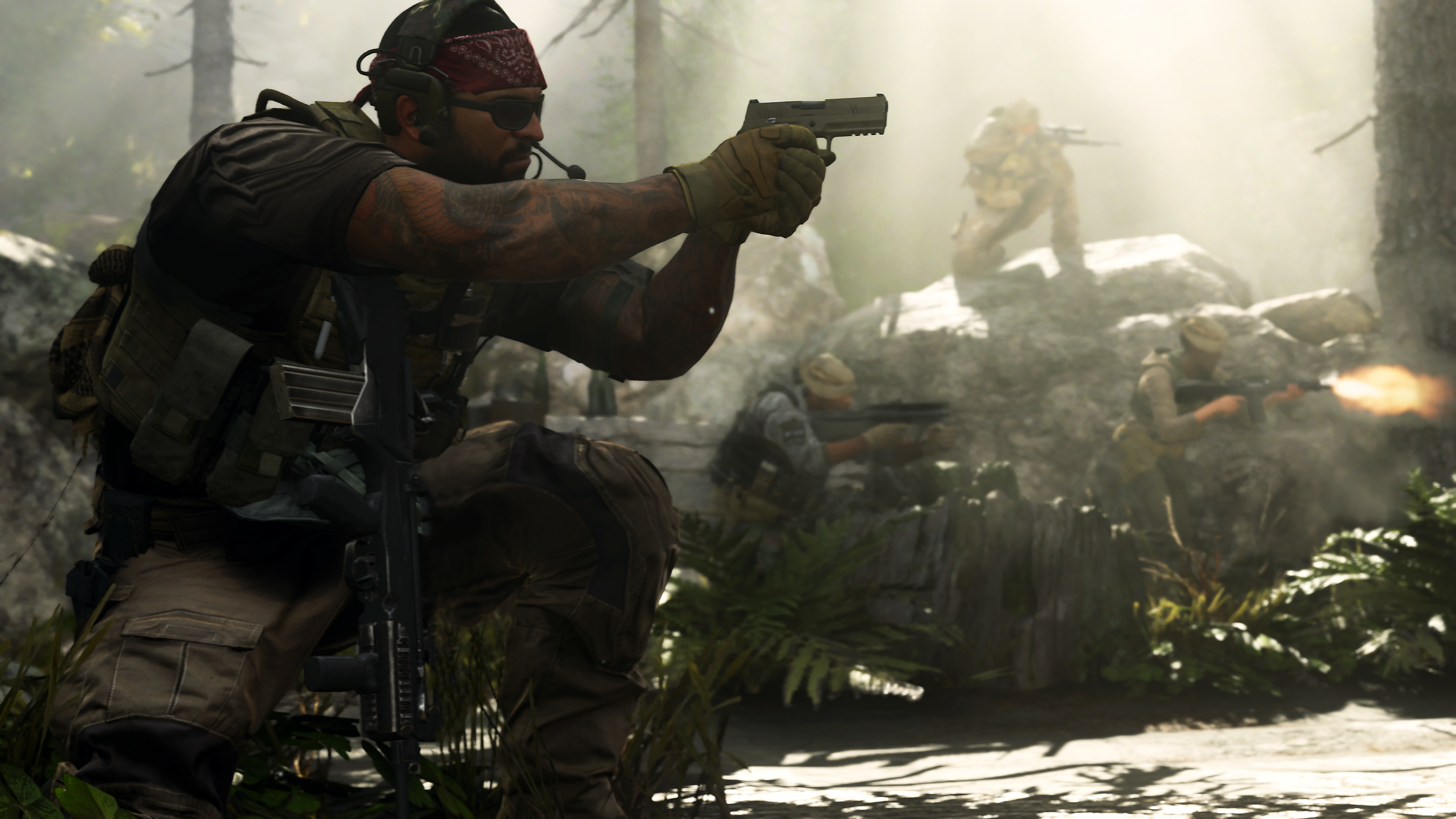 The mini-map doesn’t show players everything, of course. Enemy players briefly show up as a red dot on the mini-map when they fire a gun that isn’t equipped with a silencer attachment. Opponents are also pinged as red dots when there is a UAV sweep, assuming they aren’t using any type of perk or device that is used to counter the UAV. Teammate positions are generally shown as a blue or green dot.

Some might see the mini-map as simply a crutch and not care about the feature’s removal, but many players value the information obtained from reading the map. It’s much more informative than just seeing a red dot ping and then quickly changing direction to chase it.

Making proper use of the mini-map means you can read your teammates’ positioning as well as the opposing team’s. Understanding how player positioning affects the spawn points is important for controlling the map. And you’ll have a really good idea when the spawns are about to flip sides, meaning you need to quickly turn around and watch your back.

When playing for map control in most objective modes, I use the mini-map a lot, and I’m not afraid to chide my friends for pushing up too far into enemy spawns. I’m not a fan of being shot in the back, so I always watch for when the spawns are about to flip.

While the mini-map does provide players with added awareness, the removal of the feature in 2019’s Modern Warfare won’t break the game. Call of Duty’s longstanding “hardcore” mode features a more tactical experience, with the complete removal of the HUD and lack of health regeneration, and this works fine for seasoned players.

However, this could very likely change the pace of the standard “core” multiplayer. Without being able to utilise information from a mini-map, players could be less enticed to run around the map, making for some overly cautious and campy matches.

You can notice the change in the flow of the game just by switching from core to hardcore in any other Call of Duty game. The pace slows down, and players are much more likely to be found lurking around corners. This isn’t just due to the lack of health regeneration, but largely caused by the lack of a mini-map. 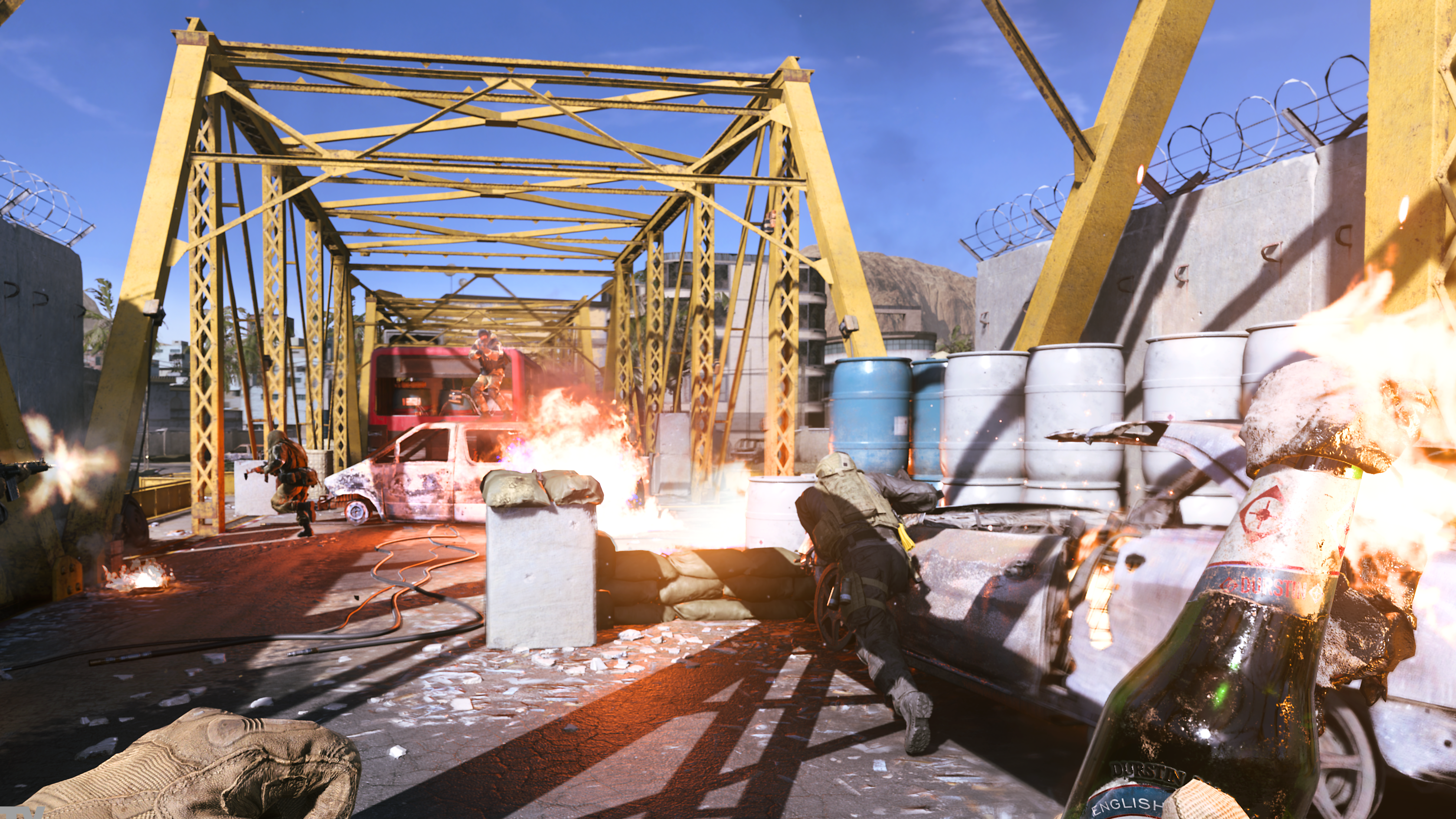 The iconic mini-map isn’t completely dead. Earning a killstreak of 3 will now earn a player a Personal Radar, which functions as a temporary mini-map to ping enemies. A streak of 4 will earn the entire team a UAV to spot enemies, but otherwise, there’s no permanent mini-map.

Modern Warfare is Game Informer magazine’s cover story for the month, and footage has been shared from a newer build of the game than what was previously shown at the official reveal on August 2. This new footage shows a white outline around teammates, which could help players keep track of their own team’s positioning. But these only highlight friendlies when they move inside a building or behind objects.

In addition to ditching the mini-map, Infinity Ward has also stacked a few other new mechanics to further push “realism” in Call of Duty. Maps will have doors that open and close, and some will allow players to forcefully burst through them. Mounting a gun and leaning will be available on surfaces such as ledges and door frames.

Modern Warfare is also introducing a “realism” mode, with pitch-black night variants of the maps, forcing players to make use of night vision goggles to secure the win. Not only does the mode lack a mini-map, but there are no hitmarkers to indicate that a player’s bullets have actually hit anyone. It makes sense ditching a mini-map in a separate mode that works similar to the rules of hardcore, but it feels odd to drop the radar from the standard “core” multiplayer, moving away from Call of Duty’s arcade shooter feel.

2017’s Call of Duty: WWII already showed that pushing for too much of an authentic experience can be ill-received. The game felt so much better after Sledgehammer completely overhauled the restrictive Division classes, and they started having fun with events like the zombie invasion of “Attack of the Undead.”

There’s still plenty of time for changes before the game’s October 26 release. When asked on Twitter if the mini-map would still be considered based off feedback, Infinity Ward’s art director Joel Emslie responded: “The most productive way to go about this is to let everyone play the game/beta and think for themselves. There has been enough feedback given on first impressions of viewing. Its important that feedback be based on experience and not second hand.”

The most productive way to go about this is to let everyone play the game/beta and think for themselves. There has been enough feedback given on first impressions of viewing. Its important that feedback be based on experience and not second hand.