August 29 is a very important day in the lore of Terminator. August 29, 1997 was originally Judgment Day, the day Skynet became self-aware and launched nuclear weapons, basically ending the world. The event marked the beginning of a timeline when machines ruled the world and started sending Terminators back in time to kill their enemies.

Judgment Day is the thing John and Sarah Connor are working toward stopping in Terminator 2: Judgment Day and, spoiler alert, they’re successful. At least, we thought so.

A new movie following the events of that film, Terminator: Dark Fate, will explain what happened after the Connors thought they stopped the end of everything.

Whether or not some really bad robot stuff will happen on an August 29 in the years to come remains to be seen, but what better day than today to discuss our favourite memories about the Terminator franchise.

Terminator 2: Judgment Day came out in the summer of 1991. I was 11-years-old and already pretty movie crazy. I’d seen all the Star Wars films a billion times, all the Freddy and Jason movies that had come out by then, I even got my parents to take me to see RoboCop, my first R-rated movie.

So when I started to see ads for Terminator 2, I really wanted to see it. Like, a lot. I hadn’t even seen the first Terminator yet. I just liked Arnold Schwarzenegger and loved robots. So I began a targeted campaign to make my parents take me to see it. 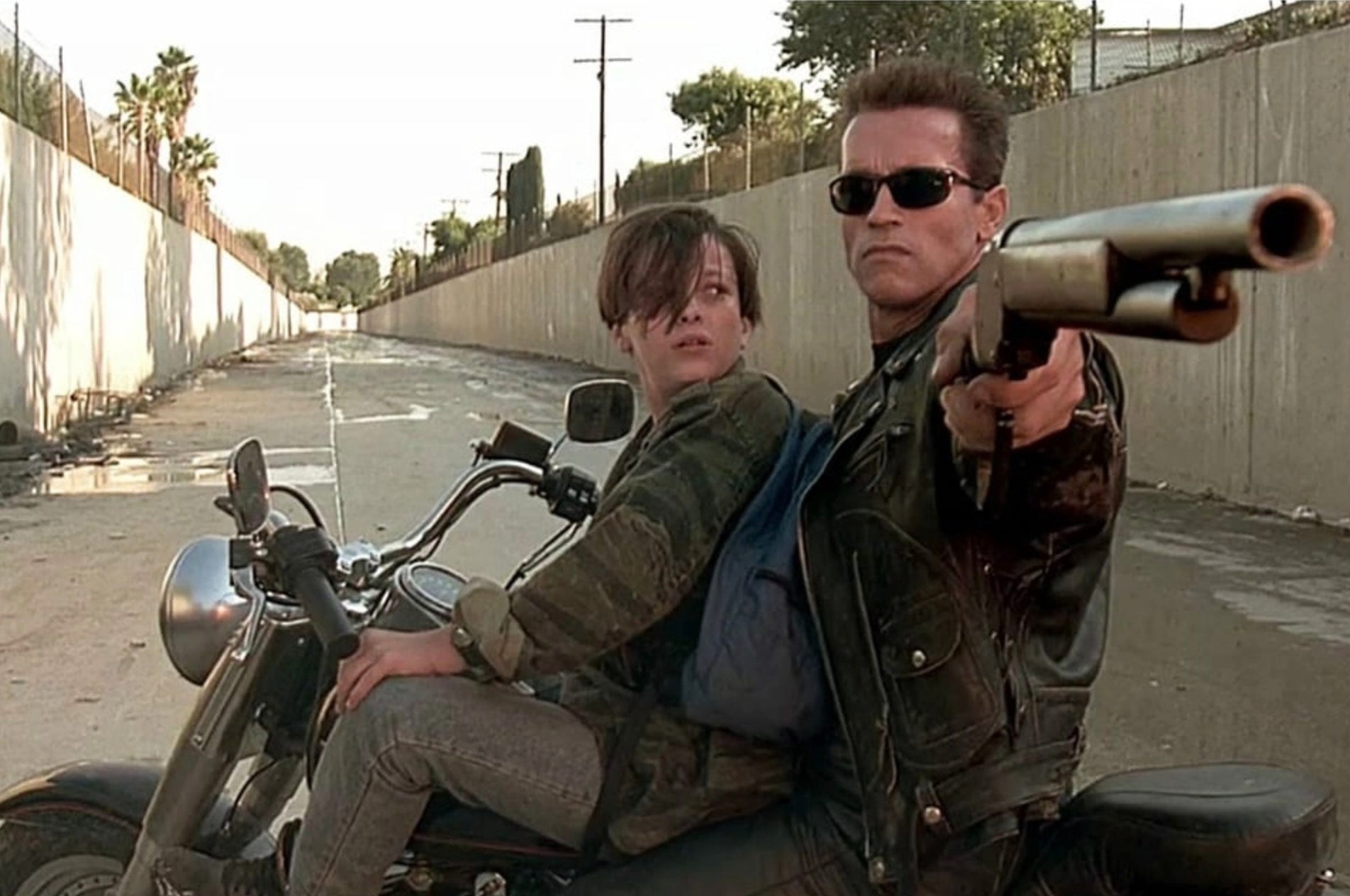 Take me to your movie. (Photo: Distrub Films US)

Before I explain what that entailed, it’s important to step back a bit. You don’t necessarily realise it until later but when you were a kid, doing seemingly minor things like going to the movies or to a friends house were treated as much bigger deals than they actually were. I’m sure parents these days are still hard on their kids to do those kinds of things but if you grew up before phones, it was so much more.

You had to call a friend’s house, see if they were home, ask if they wanted to come over, have them ask permission, get permission from your parents, have their parent drive them over, drop them off, set up a time to get picked up, try to extend that time, and then have the parents perform the actual pick him up. It’s was a lot!

Going to the movies in 1991, as an 11-year-old, was even harder. First, you had to convince your parents you were grown up enough to see it, especially in the case of a PG-13 or (gasp) R-rated movie (M and MA15+ in Australia).

Then you have to convince them to drive you, pay for you (you don’t have your own money at 11, don’t forget) and be willing to sit through the movie with you. Once that’s done, in 1991 you had to open the newspaper, see where the movie was playing, check the times, see which one worked, then drive there and hope tickets were still available. No advanced purchasing.

So, back to my targeted campaign. Basically, I was Ralphie from A Christmas Story. First, there was a lot of talk about the movie. Breakfast, lunch, dinner, I wouldn’t shut up. Second, I’d leave the newspaper opened to the movie page and circle the theatres the movie was playing in… just in case my parents didn’t see it. If we were shopping, I’d point out magazine articles on newsstands, posters on walls, whatever I could. One thing was certain, my parents knew I wanted to see Terminator 2.

Unfortunately, my chances of seeing the movie were limited because I was spending my afternoons at a local summer camp (the film was released on July 3 in the U.S.). It was just a day camp, drop off in the morning, pick up in the afternoon, but you don’t do a lot at night as an 11-year-old. When you got home around 4 pm, you had dinner, watched TV and were in bed long before double digits. That was that.

But then, one day, it happened. 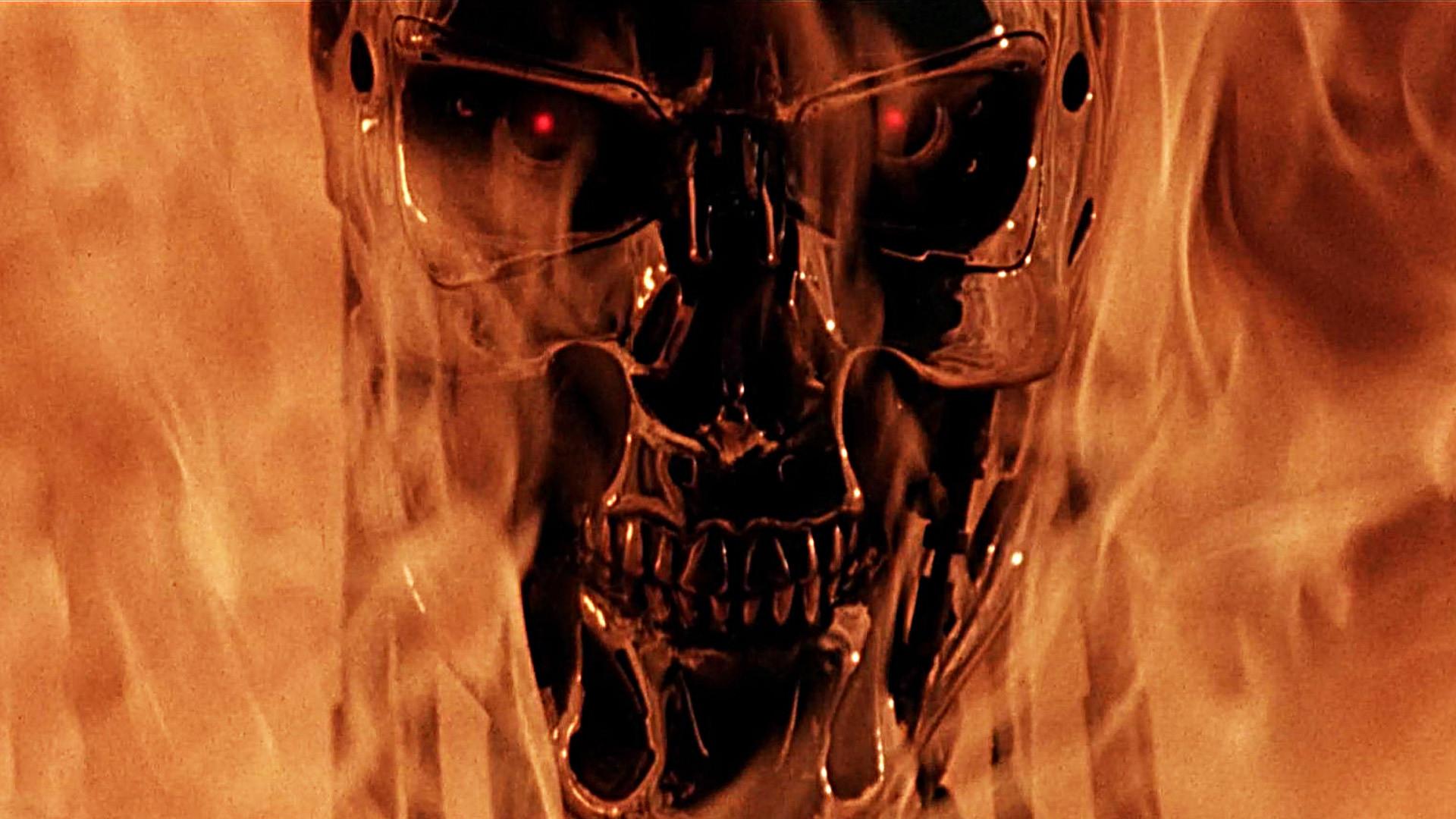 The rest of this story is fire. (Photo: Distrub Films US)

I was at camp one random afternoon playing games with friends when I heard my name being screamed from across the field. Turns out, my parents were there to pick me up early. Which, even at 11, I knew was odd. What was wrong? Did someone die? They signed me out and we started driving. They wouldn’t tell me where I was going.

When we got off the highway and started to pull into the parking lot for the movie theatre, I began to cry. Were they tears of joy? No. They were tears of disappointment! You see, I had memorised the times the movie was playing. And when I looked at the clock in my parent’s car, I knew we’d missed the intended showtime. I was devastated. And, trust me. I know this part of the story seems like it’s totally made up but I swear to god, this happened.

We parked. I was crying and my parents didn’t understand why. We’re seeing that movie you want to see, they said. I know, I said, but we missed the showtime. To which my parents said, no we didn’t. Curious, I gave them a “Tell me more” look. Turns out, the theatre didn’t keep the same showtimes for every day of the week. So, for this day of the week, the times were different than the ones I had memorised.

We were early and I was about to see Terminator 2: Judgment Day. 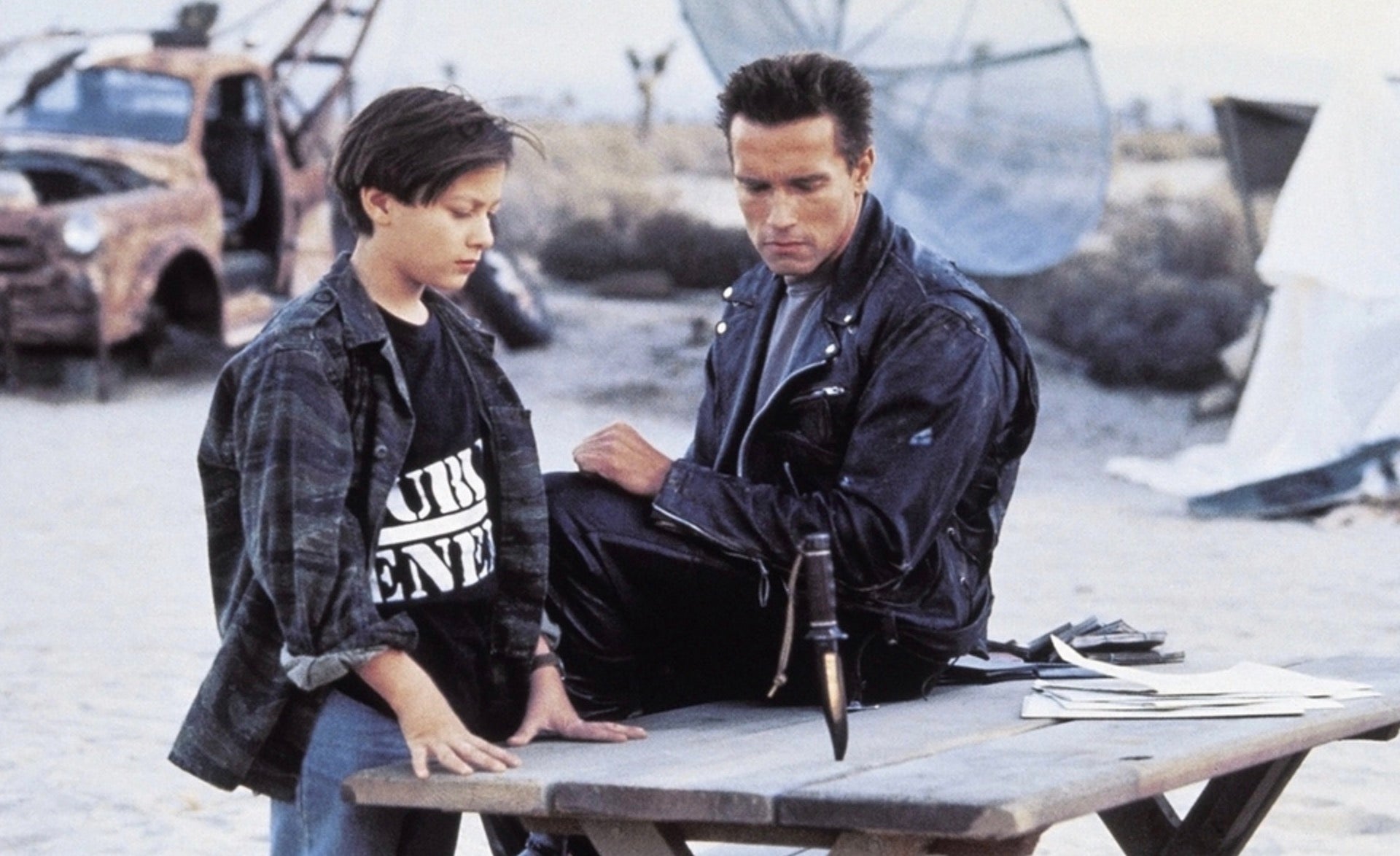 No fate but what we make, to see Terminator (Photo: Distrub Films US)

Oddly, I don’t have any actual memory of seeing the movie that day. Just the build-up to it. I do remember, later that week, I went to my local video store and rented the first film, which helped me fill in some blanks, and then I became obsessed with the movie. I bought posters, toys, everything.

To this day, it’s still one of my favourite films. Both because James Cameron crafted such an excellent, exciting, memorable piece of science fiction, but also because my parents made the whole thing so special.