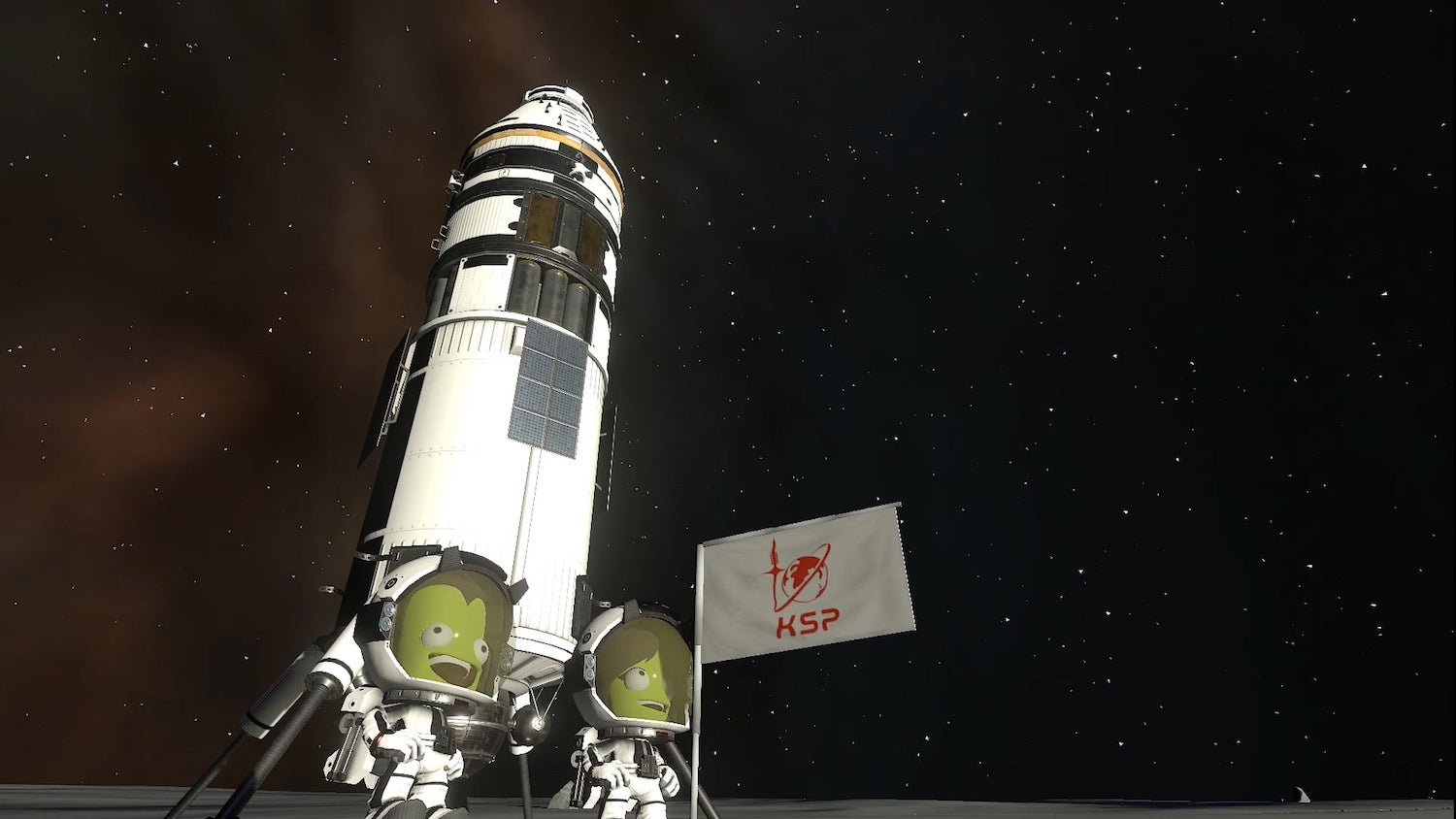 One generally accepted idea about outer space is that it’s really, really hard to get there. It took pretty much the whole of human existence for any of us hairless apes to sail among the stars, and we basically had to break the concept of physics to make it happen.

With that in mind, the developers of Kerbal Space Program 2 have an interesting challenge on their hands: They want their pseudo-sim to be both more accessible than its predecessor, but also more grounded in authentic, mind-bogglingly complex science.

While Kerbal Space Program 2 is a direct sequel to the 2011 game about meticulously assembling rockets and trying to thwart gravity without blowing up, it is being developed by a new team after publisher Take-Two bought the licence in 2017. The series’ new stewards, Star Theory, are not deviating far from the blueprint that led to Kerbal Space Program’s meteoric rise.

“The core game loop cannot change, because we know that’s the most addictive part,” creative director Nate Simpson told Kotaku during an interview at PAX last weekend. He described his team as “big fans” of the original, and he thinks that reverence went a long way toward getting them the gig in the first place.

The goal, said Simpson, is not only to force players to galaxy-brain up some hardier, more elaborate rockets to traverse greater distances, but also to make them think about what happens when they get there.

“We’re taking very seriously the goal of making sure every new landing area represents an interesting problem to solve,” he said. “We want it to be engaging all the way through.”

“We want these things to at least be rooted in real science, though I’m not sure I’d 3D print one of our engines and attempt to cram metallic hydrogen through it and expect it not to explode.”

For example, players might have to deal with binary planets that orbit around each other, which throw gravity for a loop. Or lava planets that present hazards, but also opportunities to find “interesting things” if you know where to look.

For each and every new technology that Star Theory adds to the game, the team has been consulting with subject matter experts in both planetary science and propulsion. “We want these things to at least be rooted in real science, though I’m not sure I’d 3D print one of our engines and attempt to cram metallic hydrogen through it and expect it not to explode,” said Simpson.

“We want these parts to tell a story about real science, so if you go to Wikipedia and look up metallic hydrogen, you’ll discover that it’s a nascent technology. That’s true of everything in the game.”

Yes, everything. Even an engine that’s powered by a chain of nuclear explosions. “The nuclear pulse propulsion engine rides a string of nuclear explosions,” said Simpson. He then tied it into another of the game’s new features, planetary colonies you can build and manage: “If you use that engine to launch from one of your colonies, it will destroy your colony. Then if you think about the future of multiplayer in Kerbal, you’re giving everyone nuclear bomb engines—I’m sure there will be lots of fun mayhem.” 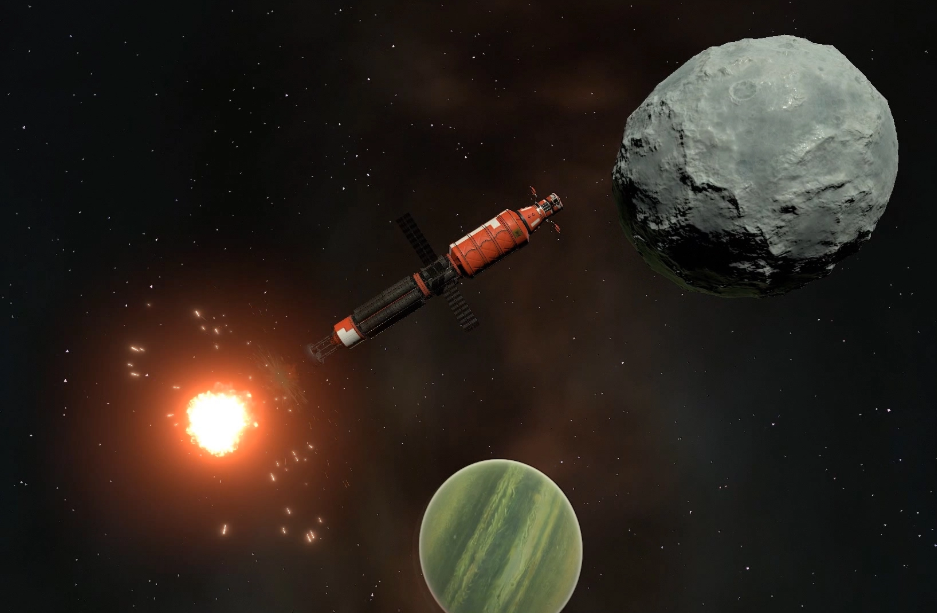 Propulsion, of course, is Kerbal Space Program’s bread and butter, so getting that right has been especially key. To accomplish this, the team has been working with University of Washington aeronautics and astronautics professor Uri Shumlak. That, said Simpson, has been an illuminating process. First, Star Theory selects a technology from a site called Atomic Rockets, many of which are “absolutely bananas.” Then Simpson mocks it up to the best of his ability. After that, it’s time for a trip to Dr. Shumlak’s place.

“I’ve gone to Dr. Shumlak’s office, and I have a bunch of printouts in front of me, and I’m like ‘Is this crazy?’” Simpson said. “And the first version is always way off the mark. He’ll start to walk through the actual physical challenges of heat management and things like that. Then I slink back home and redesign it.”

This leads to revisions. Lots of revisions. Eight or nine, in one case. One time, Simpson received a four-paragraph email from Dr. Shumlak about the colour of a metallic hydrogen exhaust. “I want to print it out and hang it on my wall,” said Simpson. “He is the most literal and specific person I’ve ever met in my life.”

While a seemingly small detail, the metallic hydrogen exhaust example is demonstrative of a recurring theme: Rather than needing to reel in his ideas, Simpson has found that real science is often wackier than what he’s able to come up with on his own.

“The reality of the behaviour of metallic hydrogen exhaust in a vacuum is so counter-intuitive that I kept coming up with things that were not wild enough,” Simpson said. “It’s got this kind of glass plate on the front of the engine that looks like exhaust coming out of the manifold on a World War II aeroplane. It’s this crazy magenta colour. It looks almost like a cartoon. It’s so bright and vivid. We just kept pushing it like ‘Is this too far?’ ‘Nope.’ ‘Is this too far?’ ‘Nope.’ And then finally we got to a place where it was pretty good. That’s been our process all along.”

Despite the meticulous attention to detail, Star Theory’s goal is to make Kerbal Space Program more accessible, not more fiddly and complex. The depth, said Simpson, will still be there. He just wants to explain it all better, so that people don’t have to watch dozens of YouTube videos and Twitch streams before they’re ready to begin their own voyages.

“Turns out, the core concepts of this game are not that counter-intuitive,” he said. “They just need to be presented in a way that’s intuitive and often visually reinforced, using an animation. And these concepts need to be served up to you when they’re relevant to your interests. Like, ‘You’ve got a thing you’re conquering right now, and here is the key to figuring this challenge out.’ In our early testing, we’ve been very successful.”

Challenge, however, is part of Kerbal’s appeal, and Star Theory is well aware of that. Kerbal Space Program 2 isn’t going to spell out solutions. Rather, the goal is to take players’ heads out of the clouds and put them in the stars.

“You don’t want to teach players how to go to the Mun,” Kerbal’s equivalent of the moon, he said, “but you do want to teach them orbital mechanics so that they understand what the tools are for solving that problem.”

“We don’t want people to hit walls where they’re seeing no progress anymore. When you hit some conceptual wall where you need to pop out of the game to figure it out, we consider that a missed opportunity.” 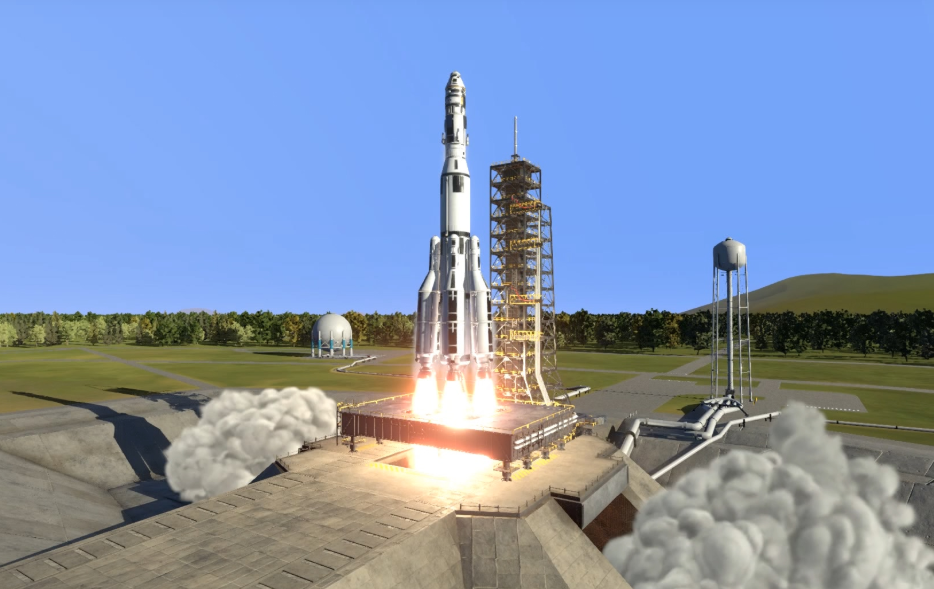 Simpson acknowledges, however, that his team is “riding the line,” and at this point it’s impossible to say whether or not they’ll succeed. The only thing he’s certain about is that he’s having a great time trying to make it all work.

“It’s been a thrill,” he said. “In my job, I don’t often get to interact with people who do real science, so this is pretty exciting.”