The appeal of a Zelda dungeon is in its intricacy. A good dungeon starts off feeling overwhelming, full of buttons and doors and strange obstacles. As you make progress, solving puzzles and acquiring items, it all slowly begins to make sense. You get a complete understanding of how the passages flow and the rooms all weave together, as if you’ve just solved a tough maths problem or learned the secret behind a magician’s trick.

The upcoming remake of Zelda: Link’s Awakening, which launches for Switch on September 20, includes a new optional feature called Chamber Dungeons that lets you design your own versions of Zelda dungeons.

In theory, this should let you recreate the elegance of Nintendo’s design, like Mario Maker does for its platformers. In reality, however, these Chamber Dungeons are boring and tedious, a big glaring wart on an otherwise fantastic game.

Here’s how they work. After you’ve played Link’s Awakening for a few hours, you’ll run into Dampé the Gravedigger, a recurring Zelda character who in this game is obsessed with watching Link complete dungeons.

Every time you beat one of the game’s nine standard dungeons, Dampé will unlock all of that dungeon’s rooms for his Chamber Dungeon creator. He’ll give you challenges to arrange those rooms into your own unique dungeons, each following a specific set of guidelines or restrictions. 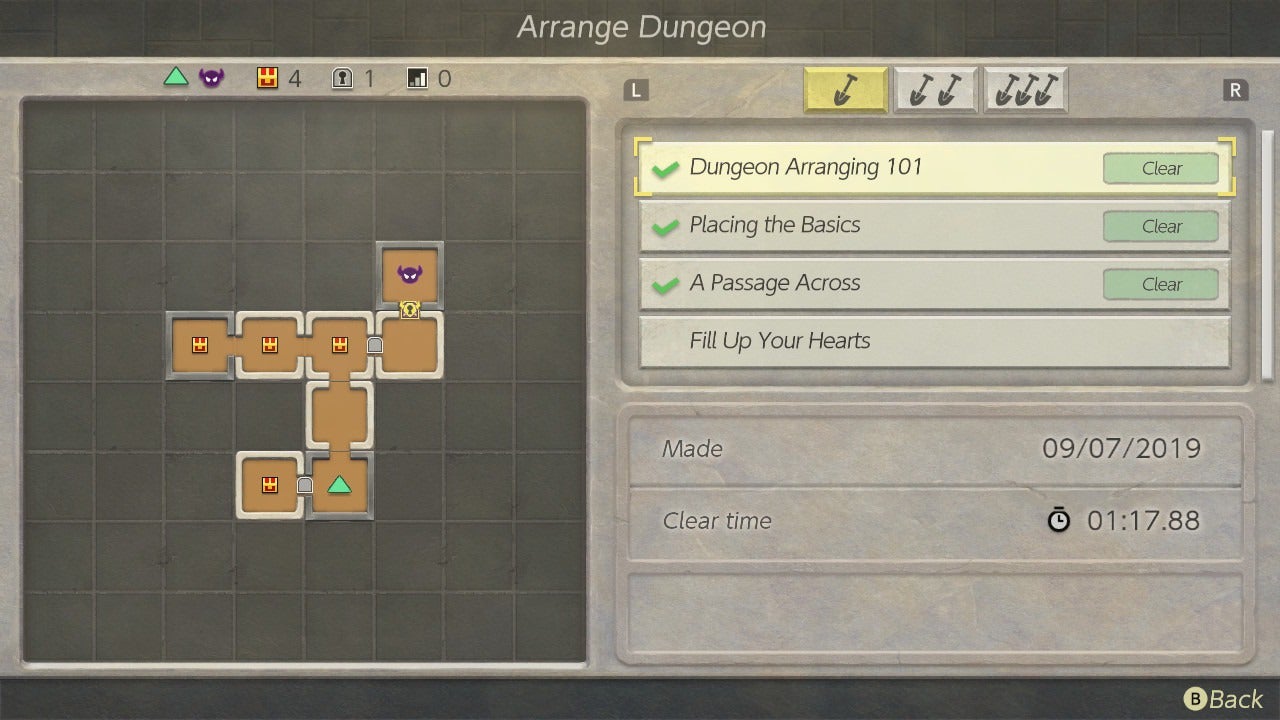 The rules are fairly straightforward. Every dungeon needs an entrance room and a boss room. It needs an even number of stairways. The number of locked doors needs to be equal to or fewer than the number of chests. You can’t choose what’s in these chests, only whether or not you’re placing a room with a chest in it.

The final chest you open when you’re adventuring in a dungeon will always be the boss key. The other chests will either contain keys (if there are locked doors) or rupees (if there aren’t). All of the rooms need to be accessible in some way, and almost all of them are based on dungeon rooms that you’ve beaten before. Some of Dampé’s challenges will give you character limitations, like “three hearts only” or “you can’t use a sword,” while others will offer design restrictions, like this early one: 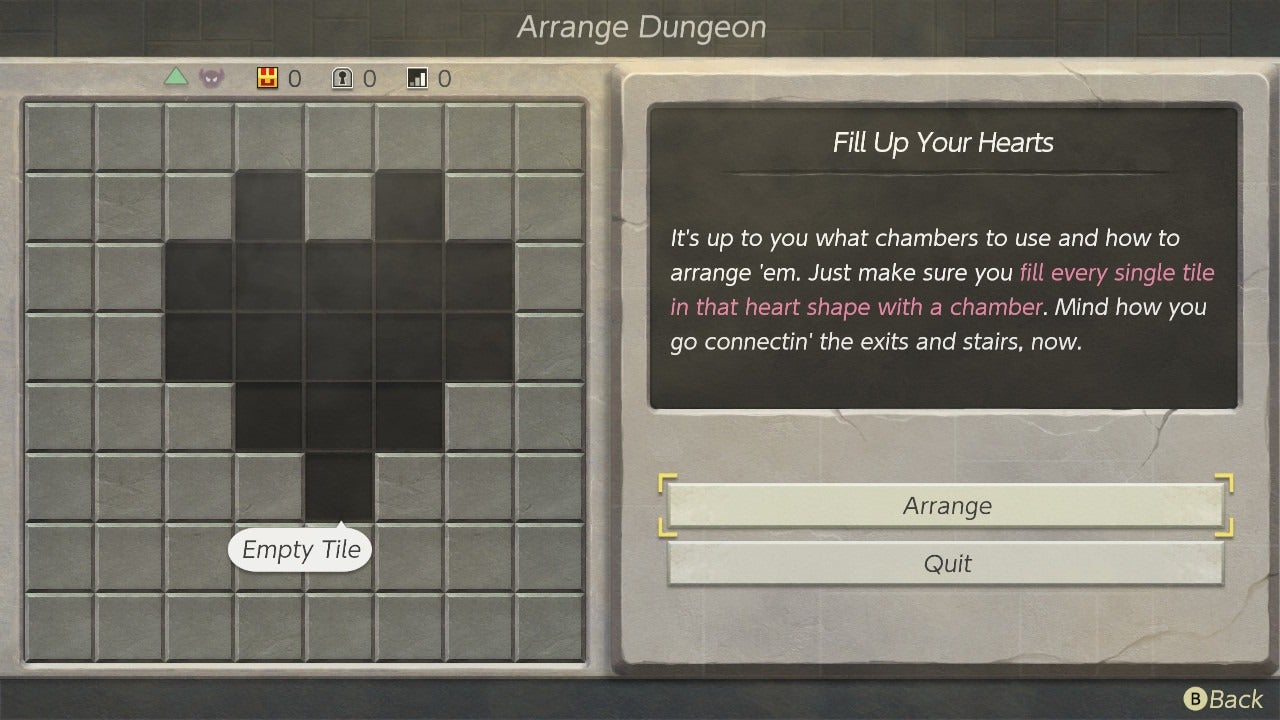 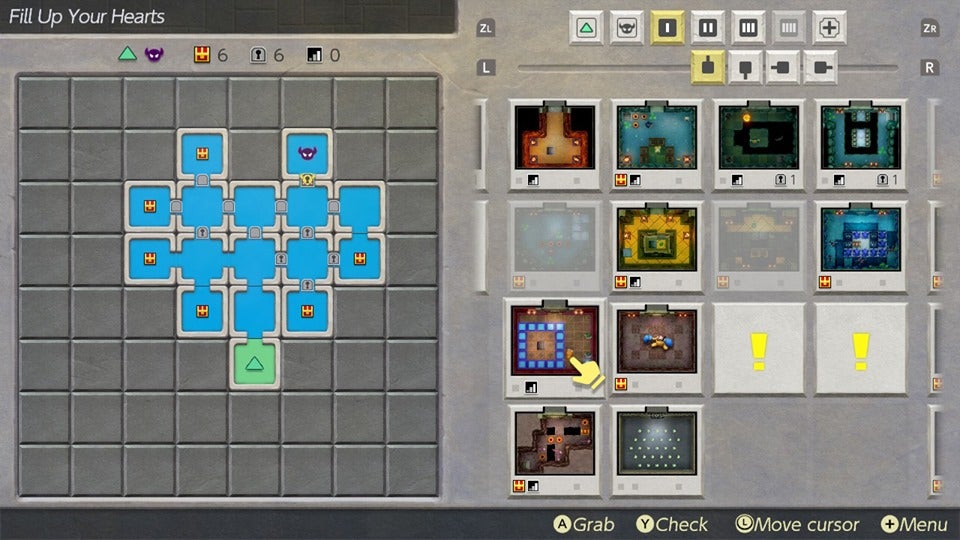 Having to defeat all of the hidden slimes to get a key or defeat a tough boxing mini-boss to move forward is far less fun when you’ve already done it. When you know exactly what’s coming next, it’s actively frustrating.

The nature of this mode means that each room has to be completely self-contained — after all, you can play them in any order — which makes them feel even more monotonous. There are no grand, interweaving puzzles or design tricks here. You’re just running from room to room, doing things you’ve already done before, all culminating in a boss fight you’ve already beaten.

After a couple of challenges, I found myself starting to design each dungeon based not on what might feel smart or elegant but based on what would let me finish as fast as possible. They’re all so boring and easy that Dampé’s one-liner at the end of each completion makes for a terrible punchline. 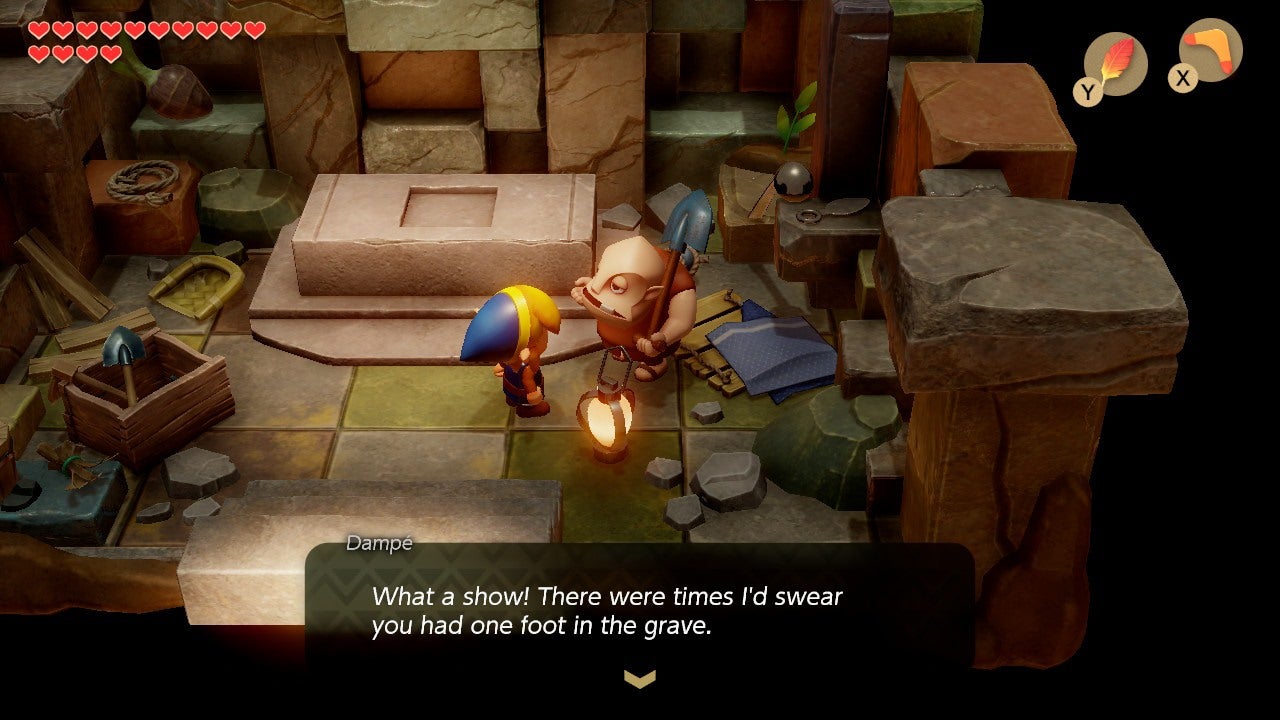 This feels like a rudimentary, stripped-down version of what a Zelda Maker could look like, and the results are really bad. Fortunately, Chamber Dungeons are the only major flaw in this Link’s Awakening remake, which is a beautiful recreation of the Game Boy classic. We’ll have a full review next week.