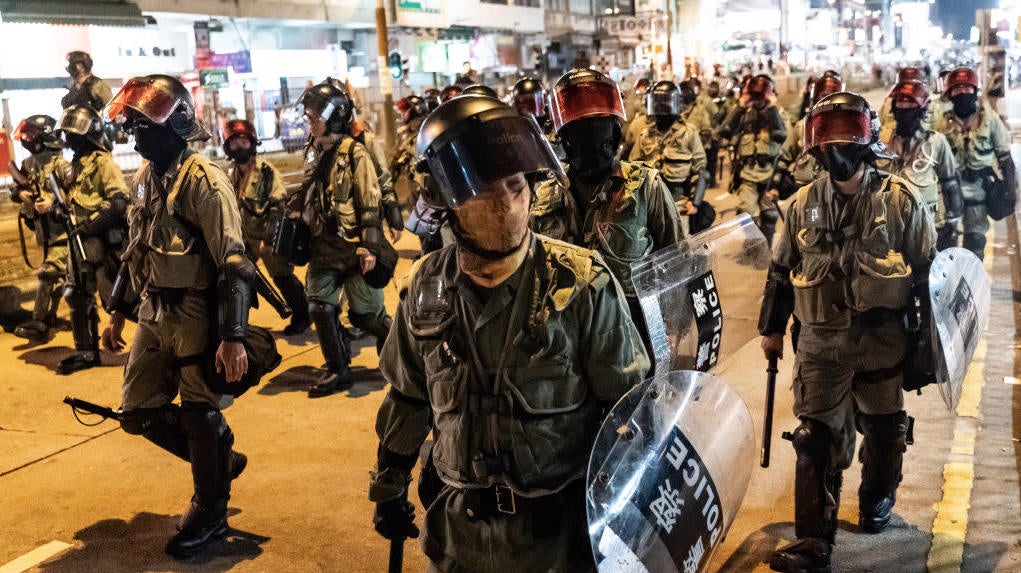 Photo: Anthony Kwan, Getty
Facebook may have decided that you shouldn’t see the news, but we think you deserve to be in the know with Kotaku Australia’s reporting. To sign up for our daily newsletter covering the latest news, features and reviews, head HERE. For a running feed of all our stories, follow us on Twitter HERE. Or you can bookmark the Kotaku Australia homepage to visit whenever you need a news fix.

Blizzard has a set of core values literally enshrined on the ground of their corporate HQ. Today, two of those — “Think Globally” and “Every Voice Matters” — were covered up by employees in the wake of Blizzard’s contentious decision to suspend a Hearthstone pro over his views on Hong Kong.

Kevin Hovdestad, who used to work at Blizzard, shared this photograph (which he didn’t take) earlier today:

Not everyone at Blizzard agrees with what happened.

Both the "Think Globally" and "Every Voice Matters" values have been covered up by incensed employees this morning. pic.twitter.com/I7nAYUes6Q

Blizzard has a set of eight “core values” that the company says “represent the principles and beliefs that have guided our company throughout the years. These values are reflected in employees’ decisions and actions every day.”

They include stuff like “gameplay first” and “commit to quality”, but the two in question today are:

Great ideas can come from anywhere. Blizzard Entertainment is what it is today because of the voices of our players and of each member of the company. Every employee is encouraged to speak up, listen, be respectful of other opinions, and embrace criticism as just another avenue for great ideas.

Everywhere on the planet there are people who play Blizzard Entertainment games. While respecting the cultural diversity that makes people unique, we strive to grow and support our global gaming community. We also seek the most passionate, talented people in the world to enrich our company and help us forge the future vision of Blizzard Entertainment.

It’s understandable that, in light of their company bowing to the whims of an authoritarian regime and suspending someone who was calling for more democratic rights in his homeland, some Blizzard employees feel like those two values aren’t worth the ground they’re stuck on.