Bandai Namco’s free-to-play PlayStation 4 mech combat game Mobile Suit Gundam Battle Operation 2 came out this week. It features fast-paced multiplayer battles on land and in space that players will surely fail at unless they complete every optional tutorial and put in some time in the game’s practice area. I learned this the hard way.

There are dozens of Gundam video games, many of which I’ve played to great success. But none of them, from the Dynasty Warriors-style hack-and-slash spin-offs to the mobile toy-battling games to the thoughtful turn-based strategy titles, prepared me for the intense combat of Battle Operation 2. It’s a third-person competitive multiplayer game with a focus on collecting and upgrading various types of mechs. It’s a game that requires anyone with the patience to create the perfect weapon loadout and familiarise themselves with the machine they’ve chosen to pilot. 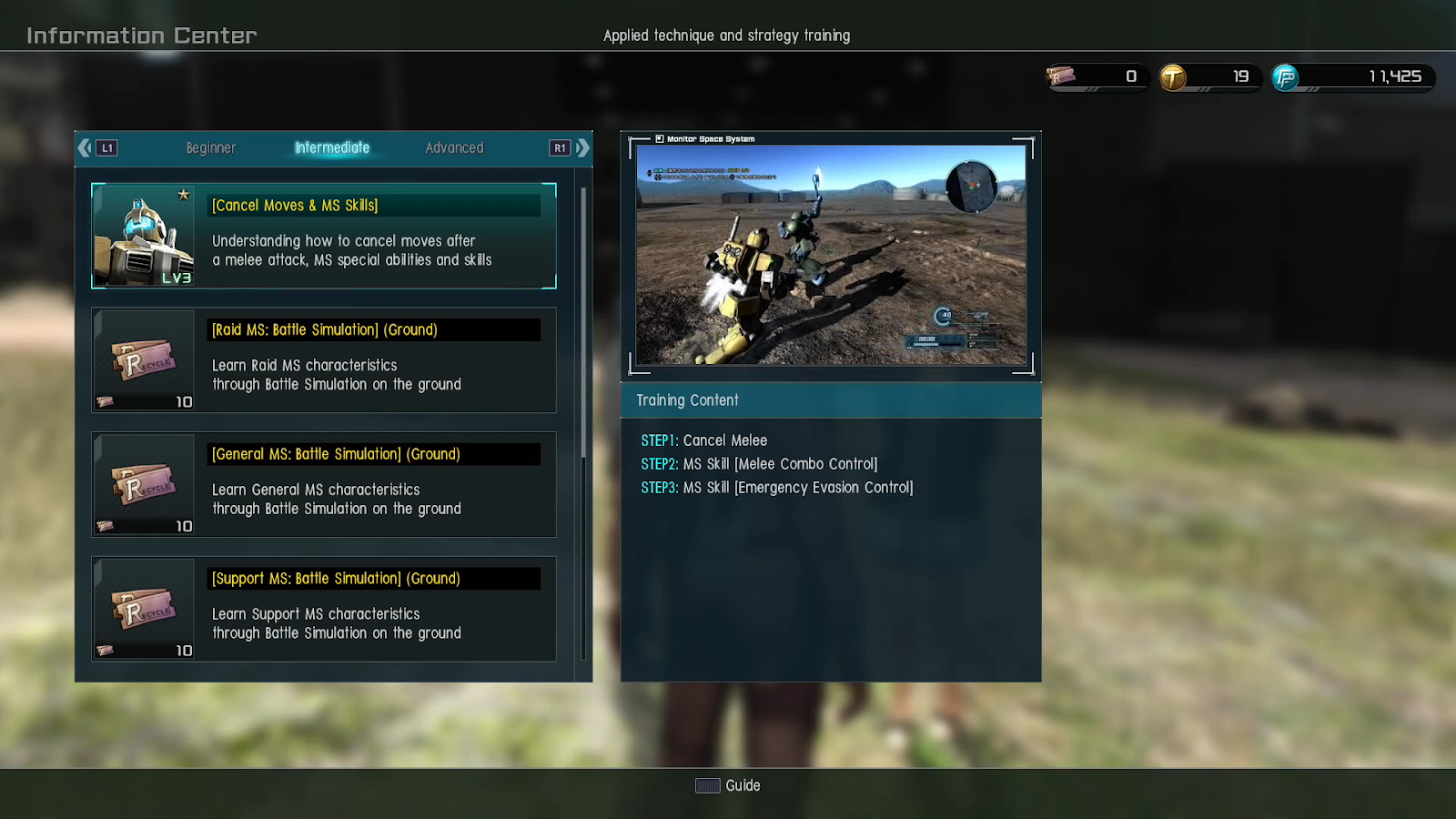 Battle Operation 2’s opening tutorial leads players through the most basic functions of piloting a Gundam in combat. It gets the fundamentals out of the way — shooting, switching weapons, jumping, thruster movement — and then it sets the player free to fail miserably. That is until they go back to the Information Centre in home base and complete the rest of the tutorials, which again, are optional (but shouldn’t be).

For example, I had no idea that I could cancel out the pause after swinging my Gundam’s melee weapon by using manoeuvring jets to initiate fast movement. After losing my first four team matches miserably, I learned that helpful tip in the Intermediate tutorial menu. The same tutorial taught me that my preferred Gundam, the G-Line Light Armour, had the ability to perform emergency evasion by pressing the X button twice. 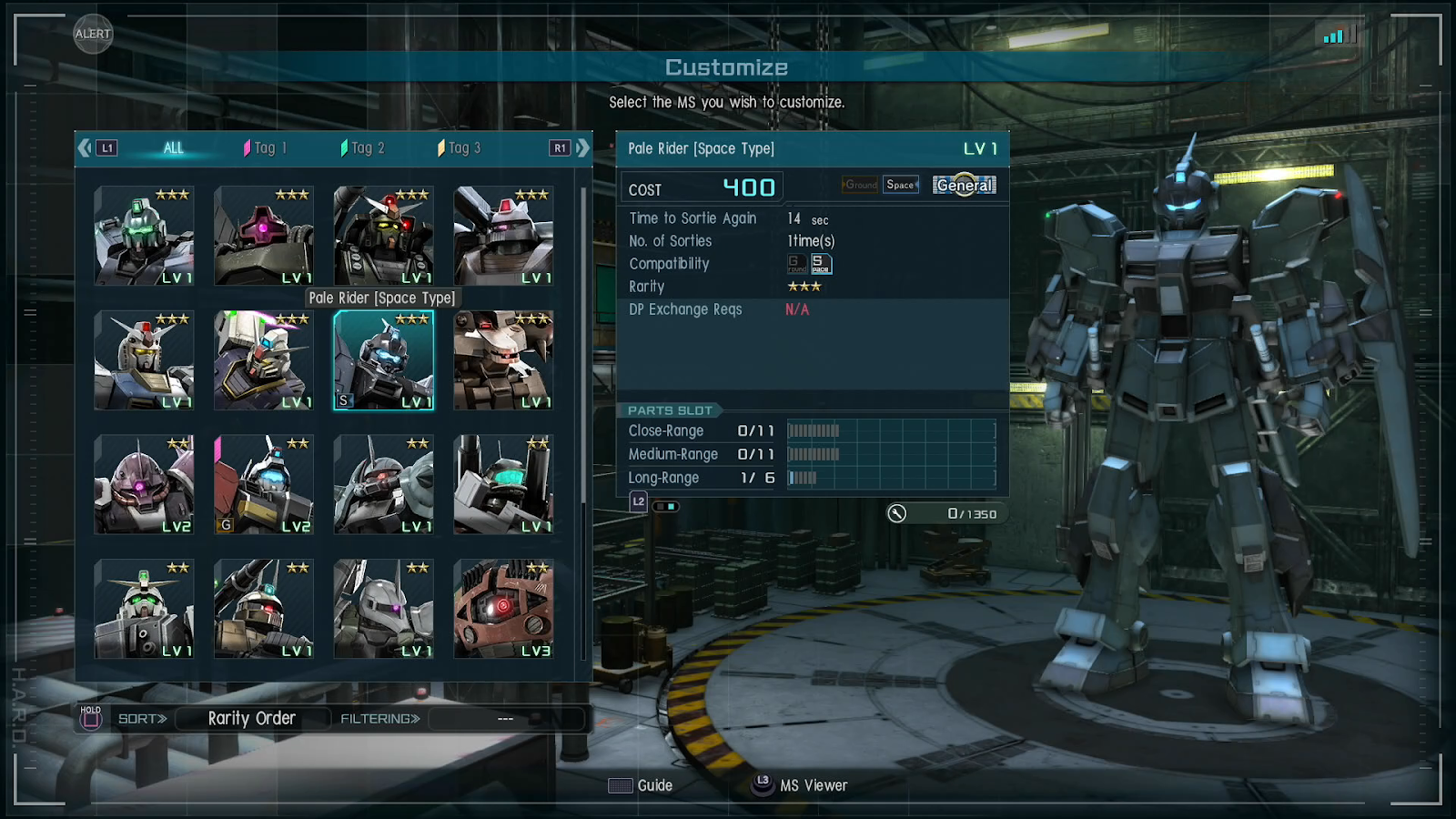 There is a whole lot else going on in Mobile Suit Gundam Battle Operation 2 other than multiplayer battles. It’s also a gacha game, where players spend in-game currency on random rolls for Gundams and equipment.

Since the game just launched, new players are showered with gifts to get them hooked on the feeling, resulting in an inventory filled with shiny robot war toys. If it weren’t for the fact that I have to advance in rank to Lance Corporal (I’m currently only a Private 2nd Class) to unlock painting, I’d spend all day in my hanger, making my Gundams look pretty.

The shower of giant robots is also why it pays to play around in the game’s practice mode. Players can take any Gundam they own into any of the game’s nine battle maps, which provide an excellent opportunity to get used to the lay of the land without distractions. Stationary enemy drones give players an opportunity to see how their weapons fire, the damage they do, and their recharge rates — all things important to know in the heat of battle. 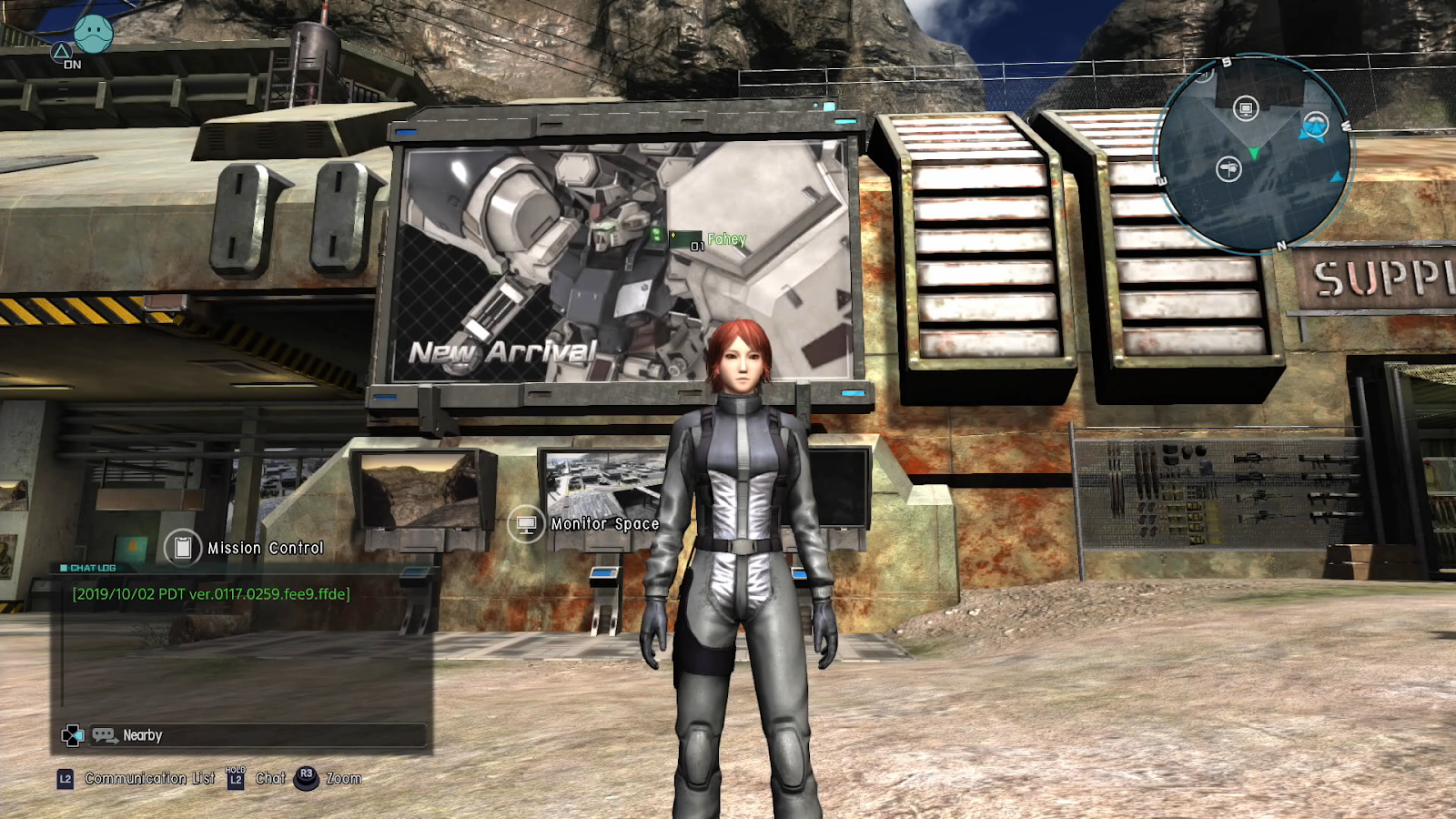 Between fights, Mobile Suit Gundam Battle Operation 2 has players loitering about a military base. It’s pretty meta; giant screens advertise the latest Gundams in the gacha machine. There’s a man who players visit to receive in-game rewards, and a woman whose job it is to sell players Gundams, gear, and gadgets. This in-game store is reminiscent of the most obnoxious free-to-play mobile games, with large, colourful fonts and dazzling images advertising limited-time sales specials. 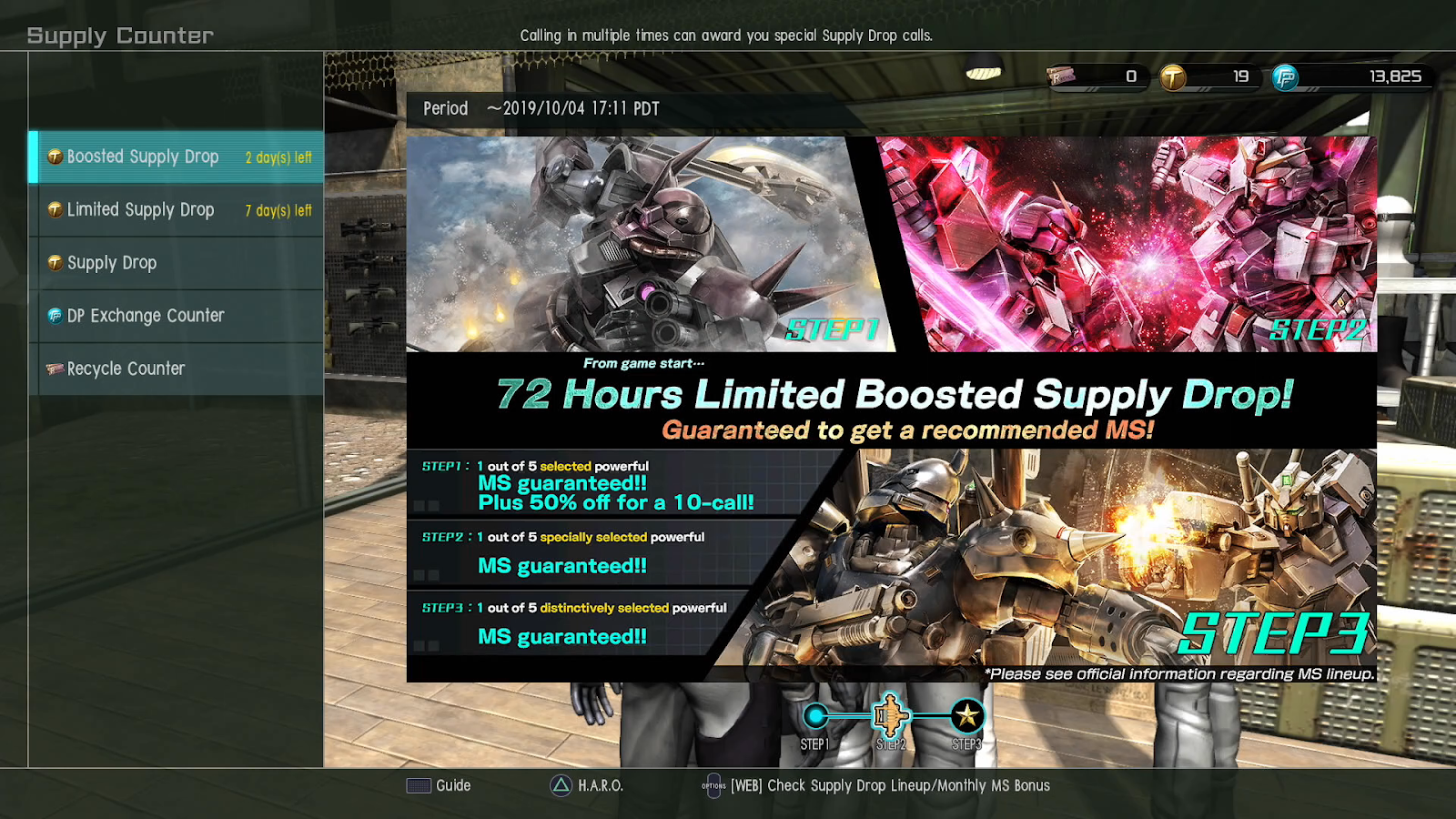 Fortunately, most of this tacky nonsense falls away once it’s time to fight. Teams of up to six players per side battle for territory on a series of sprawling maps. They’ll earn points for capturing control points, destroying enemy mechs, and blowing up the enemy base by ejecting from the cockpit and having their pilot plant a bomb. There are several good reasons to hop out of your ride during battle, like capturing points, hijacking enemy mechs, or doing repairs. I’m terrified every time I do it. 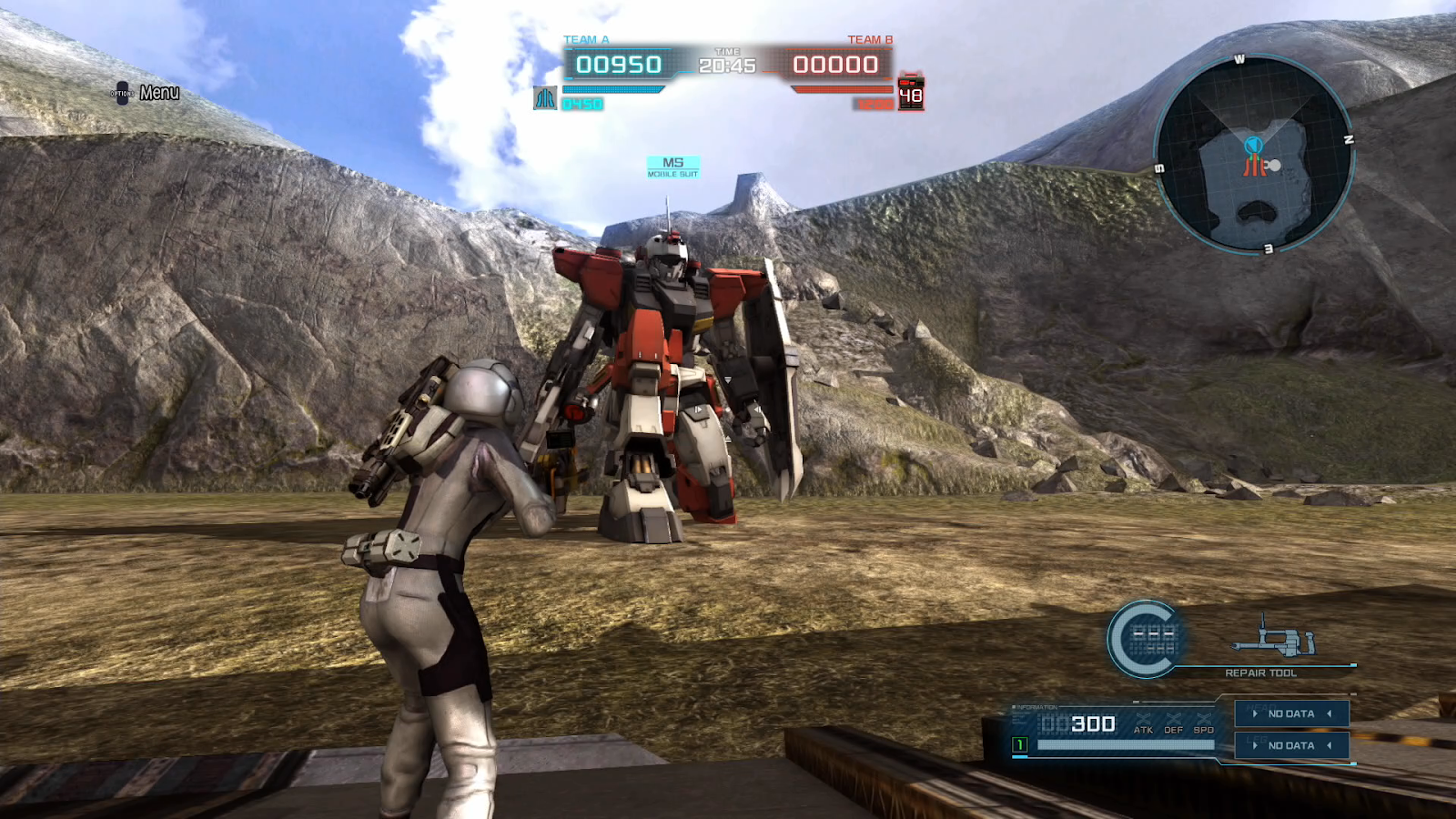 But I’m getting more confident. The more I play with my preferred mech, the more comfortable I feel ensconced in its protective metal shell. I’m learning when to engage with enemies and when to hang back. I’m getting to know my weapons. I live for and by my Pale Rider’s devastating hyper beam rifle with its charged shots, while keeping my gatling cannon ready for when the rifle recharges. I have almost, but not quite, gotten the hang of manoeuvring in space, thanks to spending time with those advanced tutorials and in practice mode.

Earlier today I was on the winning team for the first time. I attribute that win to those tutorials, the practice sessions, and sheer luck. My space manoeuvring isn’t perfect, and several of my deaths could have been avoided, but the taste of victory is intoxicating nonetheless.

I won’t stop practicing. Every time I get a new Gundam or new custom parts, when I increase in rank and unlock new facilities, I’ll practice. Even when I reach Lance Corporal and unlock the ability to paint my mech, I’ll pop into practice mode to make sure my machines look good before they make their big debut. After all, 75 per cent of any Gundam game is staring at the pretty robots. 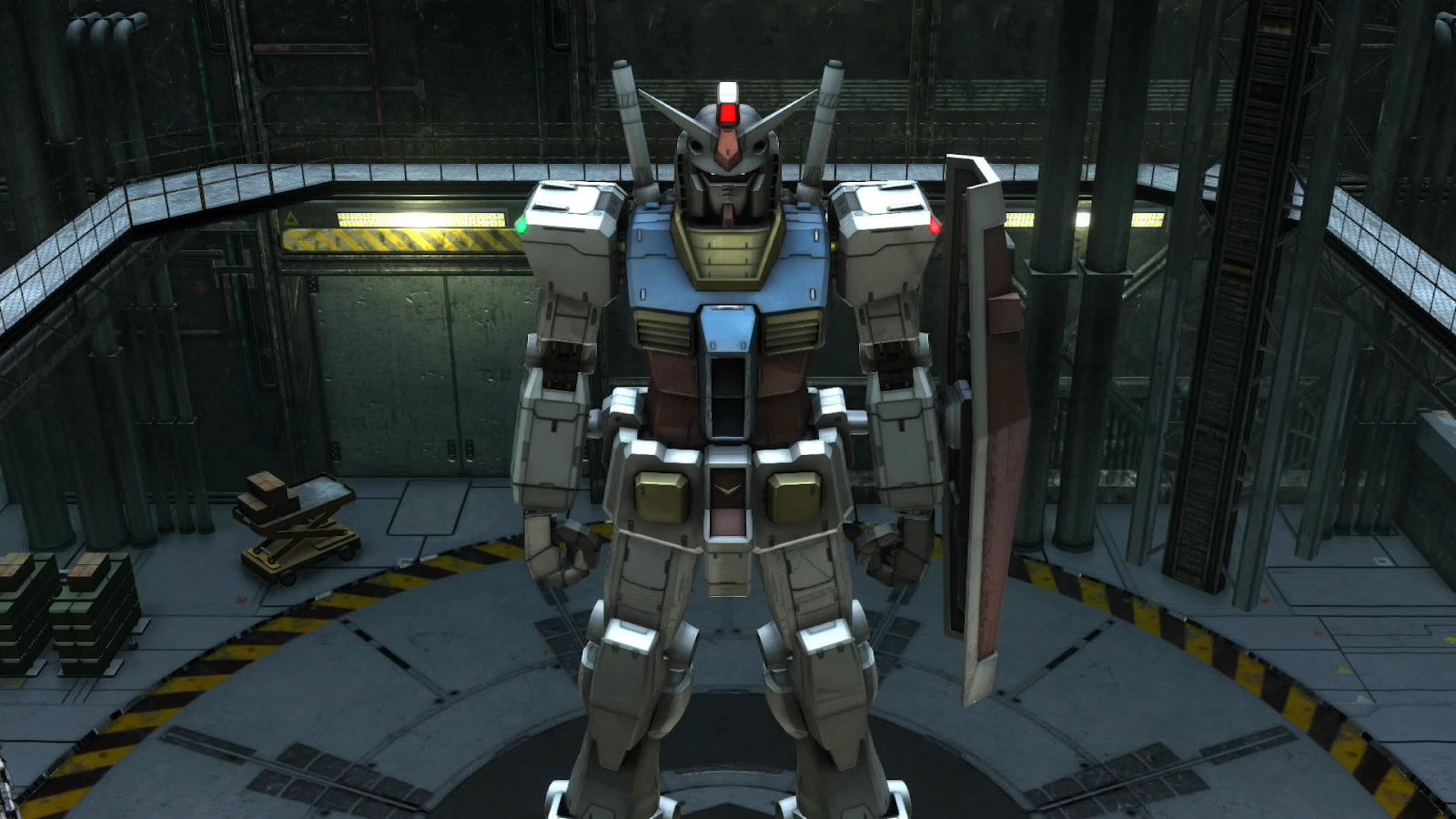 These are some really pretty robots.