Do you prefer your analogue sticks offset or symmetrical? Dual analogue or six-button? D-Pad or directional disc? Thrustmaster’s new eSwap controller for the PlayStation 4 can be easily altered to do all of these things, thanks to the power of its incredibly GIFable modular tech.

Available for preorder today in Europe, the Middle East, Africa, and Australia (gonna have to import, North America), the 170€ eSwap controller uses Thrustmaster’s “T-Mod” technology to allow its modular components to be swapped any time, even in the middle of a game. The left and right bumpers, face buttons, share and option buttons are static, but everything else, including the triggers and hand grips, can be replaced. There are even cosmetic touchpad covers that can be added to change the look of the large rectangular button on the front of the controller while maintaining its functionality, such as it is. 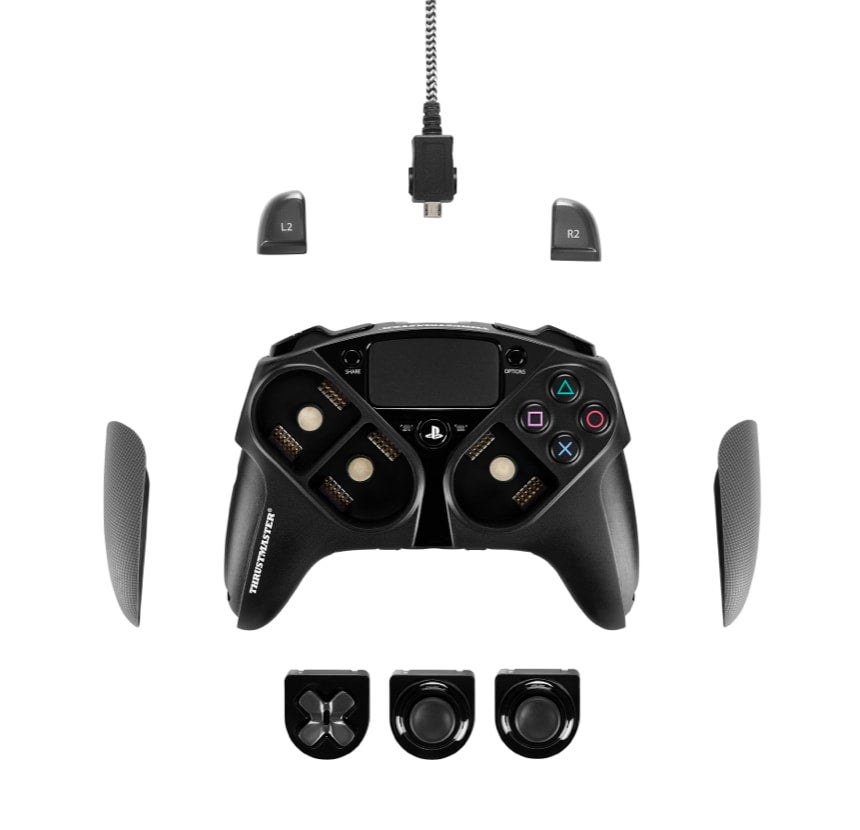 While the modularity is the eSwap’s main draw, Thrustmaster’s official announcement also points towards features like highly tactile button response, pre-calibrated analogue mini-sticks with a shorter design for “ultimate precision”, and their Thrustmaster software, which allows players to configure custom profiles for use on both PlayStation 4 and PC. Oh, and the announcement also touts the stability of the controllers’ wired connection, which it says is much more reliable than wireless. 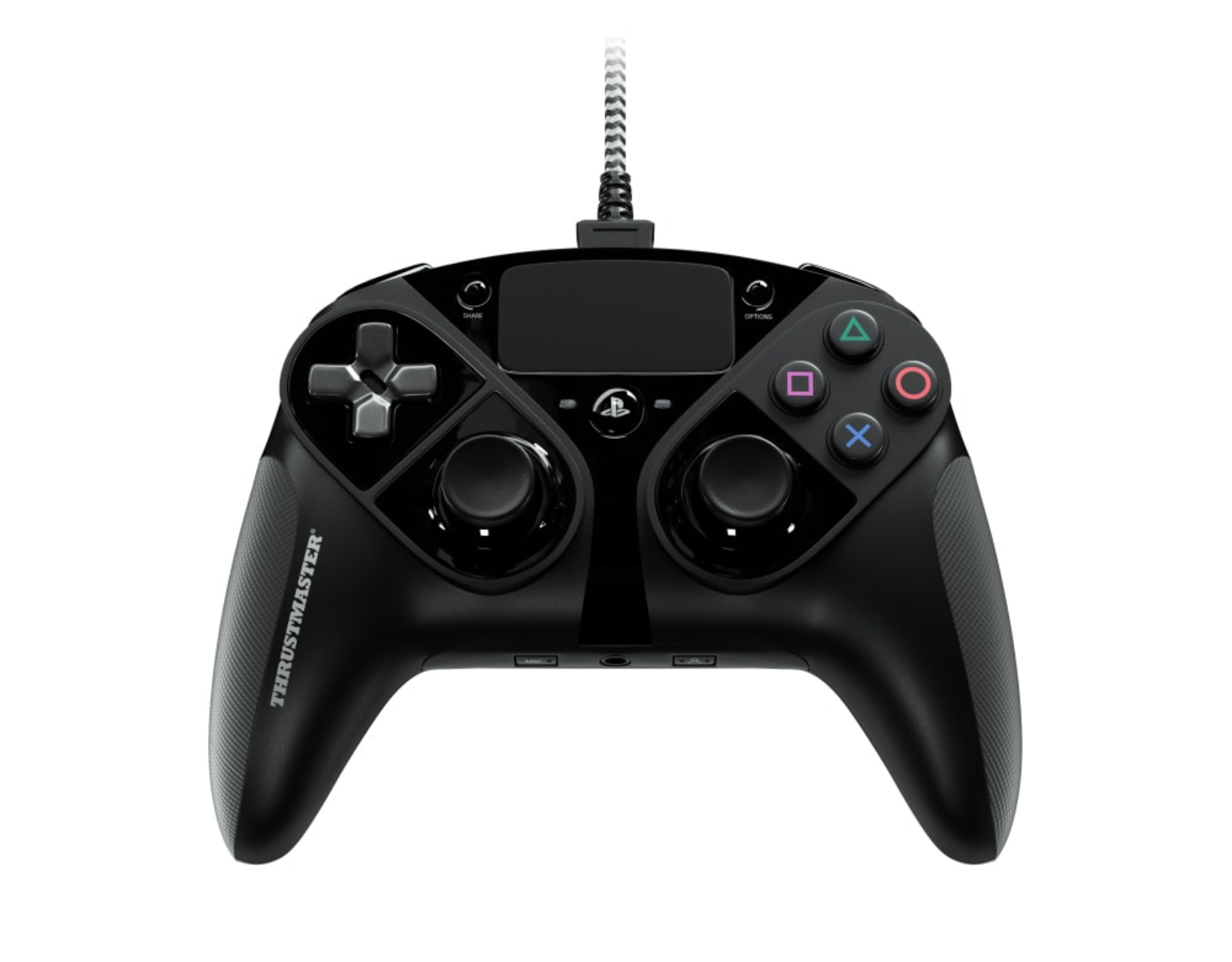 But really, it’s all about those modules. Along with the standard set that comes with the eSwap, Thrustmaster is prepping a number of special module packs for the controller’s November 5 launch. Yellow and silver colour packs add cosmetic choices, while the “Fighting Pack” includes a module that replaces the right analogue stick with a pair of programmable buttons, for fighting fans who like having six face buttons. 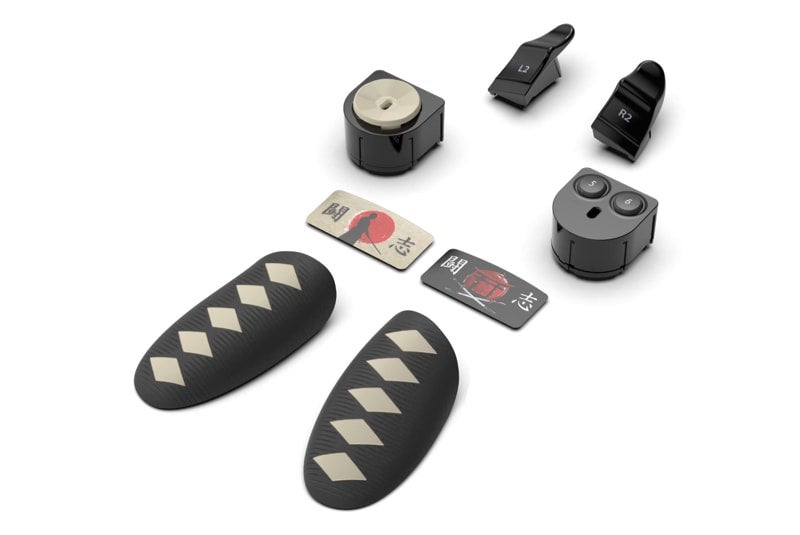 Note: The eSwap will ship to Australia, but the official release doesn’t have an Australian price and the official website is only displaying the price in Euros. I’ll update this story when one of the above gets resolved. -Alex