During the late 20th century, Nintendo launched websites to promote games and hardware. At the time of writing, some of those websites are still live, providing an opportunity to visit the internet of yesteryear.

The earliest sites date from the early 1990s during the Super Famicom era. It’s amazing that these websites are still live. They provide a look at just how far web design has come in the past two decades.

The Super Famicom sites simply mention the genre and release date, plus include a basic description and some thumbnail screenshots.

The Japanese Nintendo 64 website is still live, with pages explaining the N64 controller, different hardware variations, and game line up. 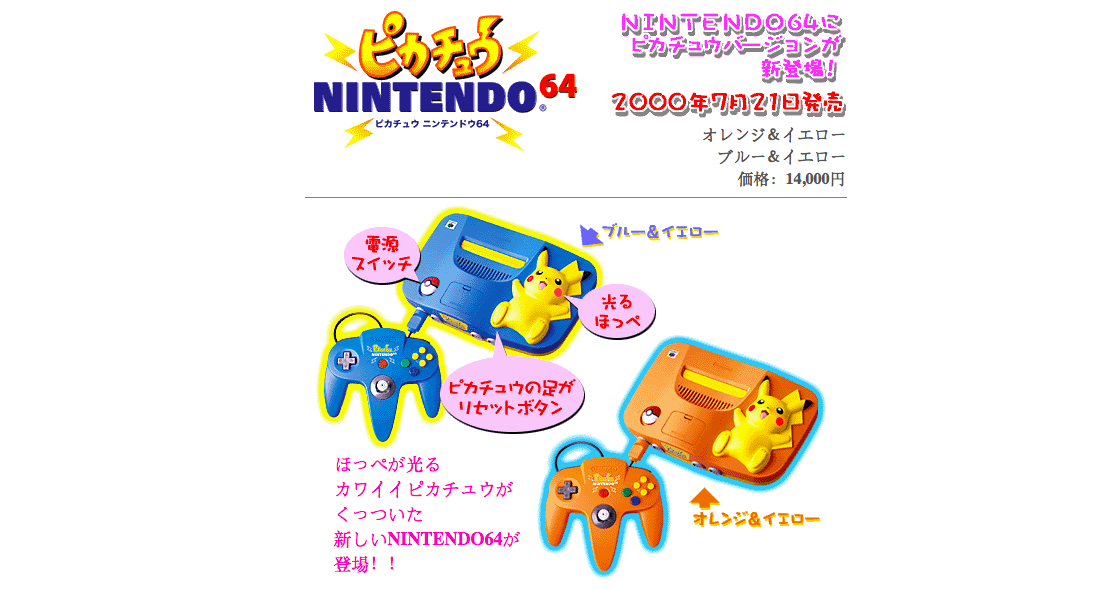 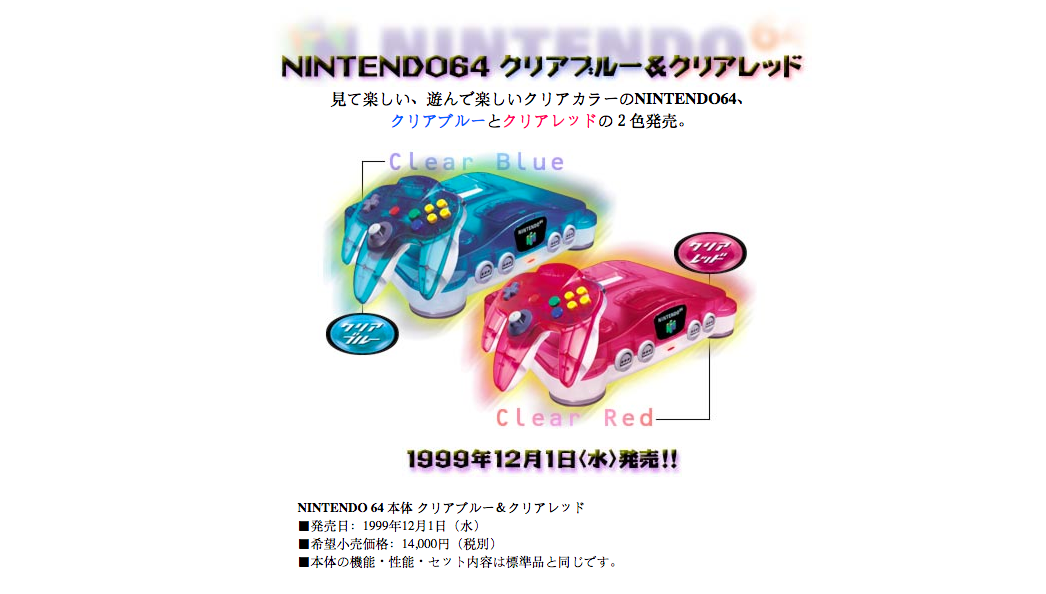 In case you wondered how the Nintendo 64’s “new controller” worked.

Each game has its own page, too.

Don’t these “scenes” make you want to play Super Mario 64?

Unlike the early 1990s sites, these later websites introduced separate pages for story, characters, and gameplay as well as stages and in-game items.

It’s amazing what you can find. Did you know there was a Banjoo-Kazooie emblazoned bullet train in 1998? I did not! 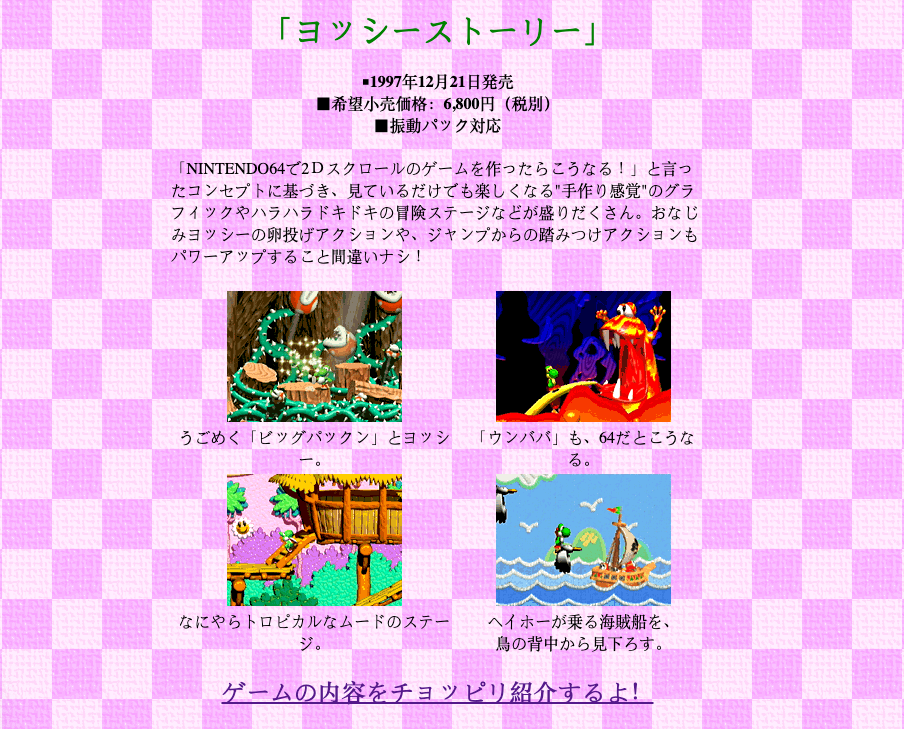 The Yoshi’s Story website sure is lacking, but the Perfect Dark one still looks cool, even today. 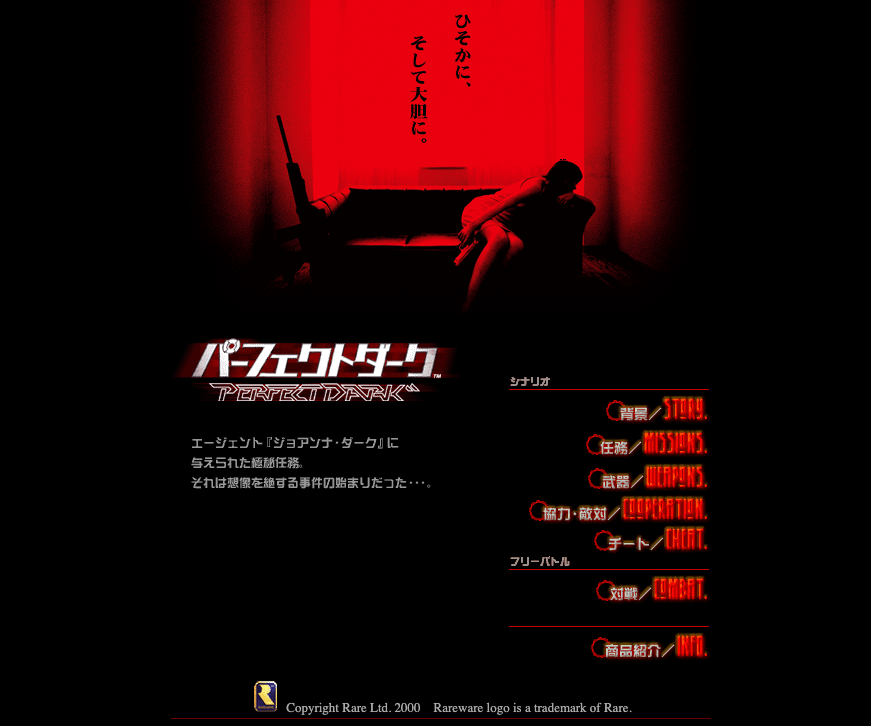 I hope Nintendo leaves these sites up forever.

This article was originally published on September 5, 2017. It has since been updated and expanded.