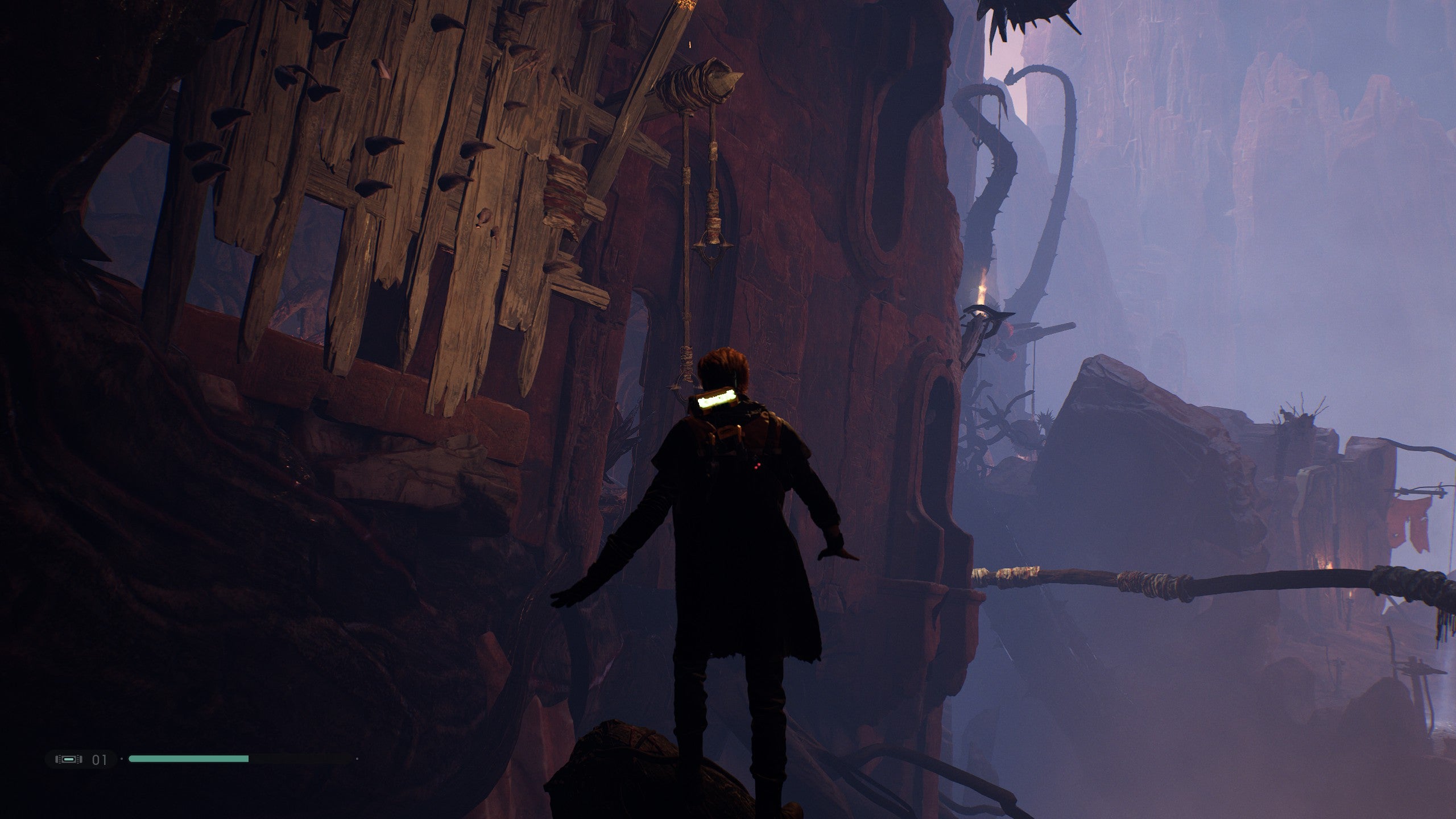 Players zipping through the newly released Star Wars Jedi: Fallen Order should tread carefully and find a way to back up their saves, if possible. We’re now aware of two spots in the game where glitches have trapped players with no way to advance and no recourse but to start a new game from scratch.

The first spot is on Dathomir, a planet players can visit a couple of hours into the game even though they’re generally too underpowered to access much of it at that point. Planetary levels in Fallen Order are non-linear spaces full of hidden passages, and Dathomir is mostly restricted until you’ve gained some later Force powers that let you bypass them. Not very deep into Dathomir, players will find a chasm that they aren’t supposed to pass before they’ve gained some key abilities. The problem is that some players, including Kotaku podcaster Kirk Hamilton, have been able to inadvertently get across that gap in one awkward jump, only to then get stuck. After making that jump, the path behind the player is closed off and the path ahead of them leads to areas requiring powers the player doesn’t have.

Kirk was 10 hours into the game, some 47% of Fallen Order cleared, when he realised he was sunk in the proverbial bog with no Yoda to lift him out. 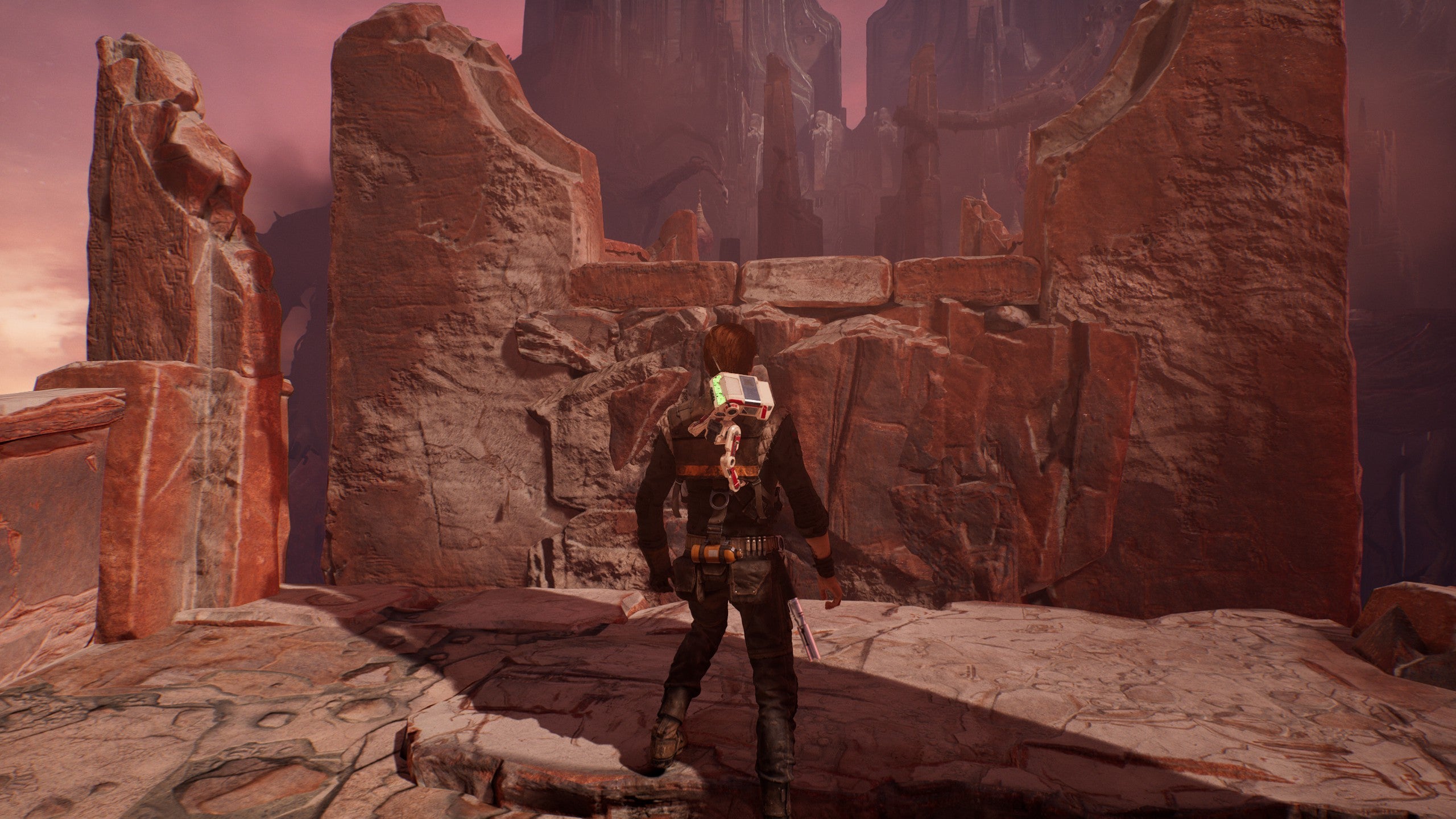 Warning (and a spoiler, perhaps): Do NOT try to make this jump in Dathomir unless you have a double-jump and Force push. If you accidentally make it without having those powers, you will probably be stuck and have to restart the game.

He couldn’t make a jump required of him and he couldn’t go back. He has been playing on PC, where there were no handy back-up saves to which he could revert.

Over at EA’s help forums, there are six pages of comments from people stuck in Dathomir, many of them having accidentally gotten across that same jump before they had the powers needed to proceed. The reports are from PC, PS4, and Xbox One players.

“Yes thank you for pointing this out,” an EA rep told Kotaku, “We’re aware of this issue and working on a fix. We’re going to continue to work on the performance in the game and release patches as needed so players can enjoy their time with the game.”

For now, players should avoid that Dathomir jump until they have acquired the game’s force push and double jump moves.

It’s not just that one avoidable jump on Dathomir, unfortunately. Late last week, a player named Keith Mitchell was running through a PC copy of the game when he reached a sequence on the planet of Kashyyyk. In a scripted sequence, a button press was supposed to make his character’s droid buddy attack two enemies. It didn’t work and left him stuck, unable to advance to the next part of the level. Restarting the game didn’t help, and his save file didn’t take him far back enough to let him even go anywhere else. Trying to get EA and Respawn’s attention failed, too. There’s a thread on EA’s forums with people being stuck in this spot, but no word about a workaround.

Mitchell was bummed. “I live for these sort of games,” he told Kotaku. He said he’d been having a great time blasting through Fallen Order to reach that point. Eventually, he decided to just start over and on his second playthrough, got past that part without a problem. “I mean, when Respawn wasn’t replying and you really wanted to play,” he said, “not much you can do.”