Star Wars has been around a long time and over the decades a lot of things have been created for the franchise. New aliens, ships, weapons, planets, etc. And at this point there are probably hundreds, maybe even thousands, of different varieties of droids that have appeared. But my favourite will always be the humble and boxy GNK power droid, better know as the Gonk droid. And these boxy little droids are everywhere in the opening hours of Star Wars Jedi: Fallen Order. It’s wonderful.

The opening of Fallen Order is set in a large scrapyard, where workers and droids rip apart old ships and vehicles from the Clone Wars. And dotted throughout these opening levels are a variety of Gonk droids. I don’t know if I’ve ever played a Star Wars game that had this many Gonk droids located in one section of the game. Sure, they’ve popped up in Battlefront 2 and older Star Wars games. But the amount of Gonk droids in Fallen Order surprised me. And they come in so many different colours! 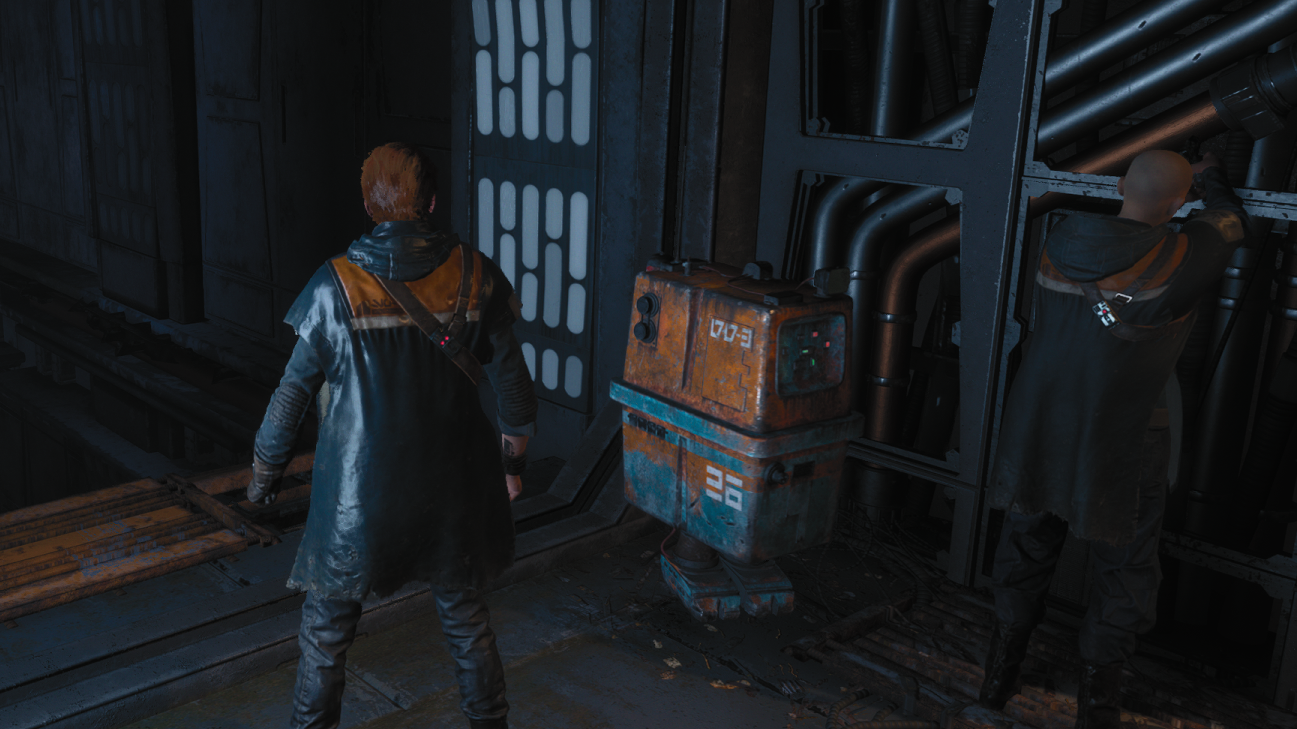 I spotted an orange one! 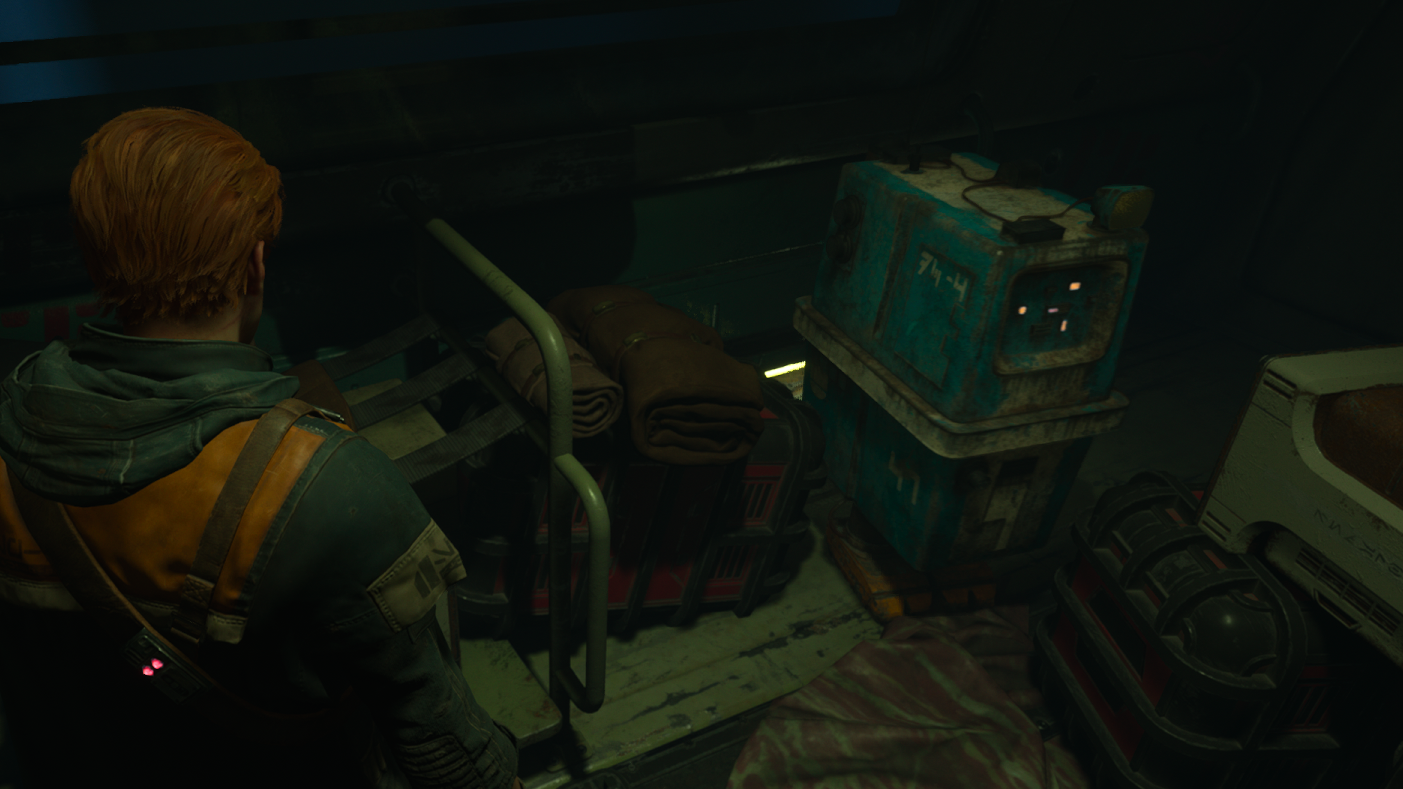 I also found a blue Gonk droid, who sadly looks like he has been left to gather dust with some random junk. And I found this red Gonk droid, just chilling all alone.

Not all the Gonk droids in Fallen Order are standing around showing off their cool paint jobs. Some of them are helping! I found one Gonk droid who had a flashlight and was illuminating an area of the junkyard. 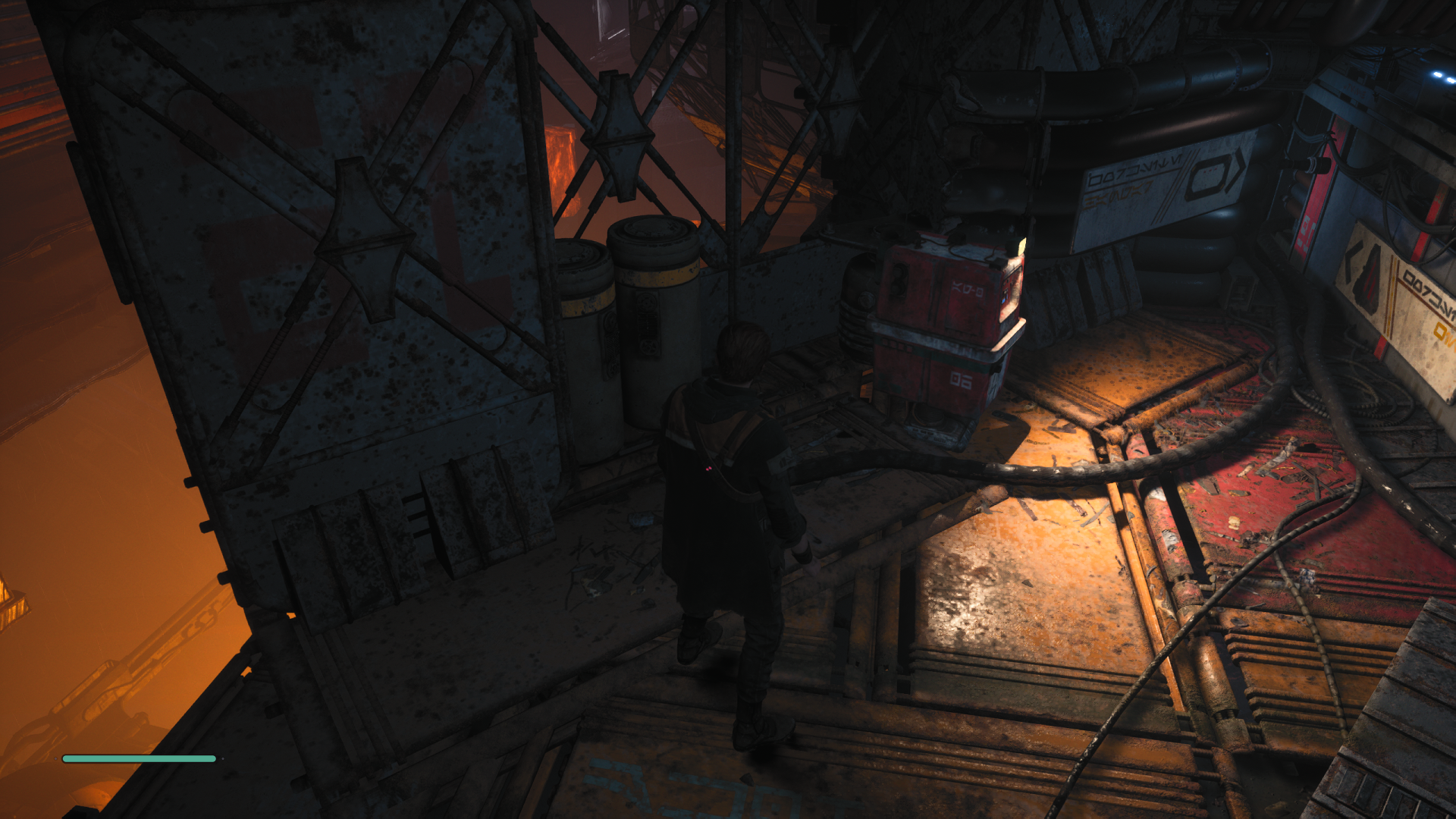 Now, this droid was just flashing the same area over and over. And there weren’t any workers or other droids nearby who needed that light. But damn it, that Gonk droid is still doing its job. It might be a nearly worthless job, but it wants to help. How many hours did this tireless droid stand here, flashing its light back in forth before I found it? I think it’s still going right now. Partly because that makes me feel good and partly because I actually have no idea how it even got here.

See, while the Gonk droid is adorable, it has some design flaws. If you look at a Gonk droid it becomes clear they aren’t the most agile machine ever created. They can’t climb ladders, or jump and stairs can be tricky. It can only really shuffle around, which is cute. But shuffling slowly isn’t the most advantageous way to get around a dangerous and large scrapyard.

So when I find these random Gonks hanging around out of the way platforms or on top of walkways hanging way up high, I can’t help but think about how they go there. Maybe some other flying droids helped them. But it is also very likely that workers at the scrapyard had to manually carry them around. What a job to have.

But all that work is worth it. Gonk droids are like tiny morale boosters. I know I would feel happier getting to watch these adorable little droids shuffle around saying their name over and over. It probably helps workers feel better while they slave away, cutting up ships for the evil Empire. Sure, the galaxy is screwed and thousands are dying, but at least your pal the Gonk droid is here, ready to put a smile on your face.