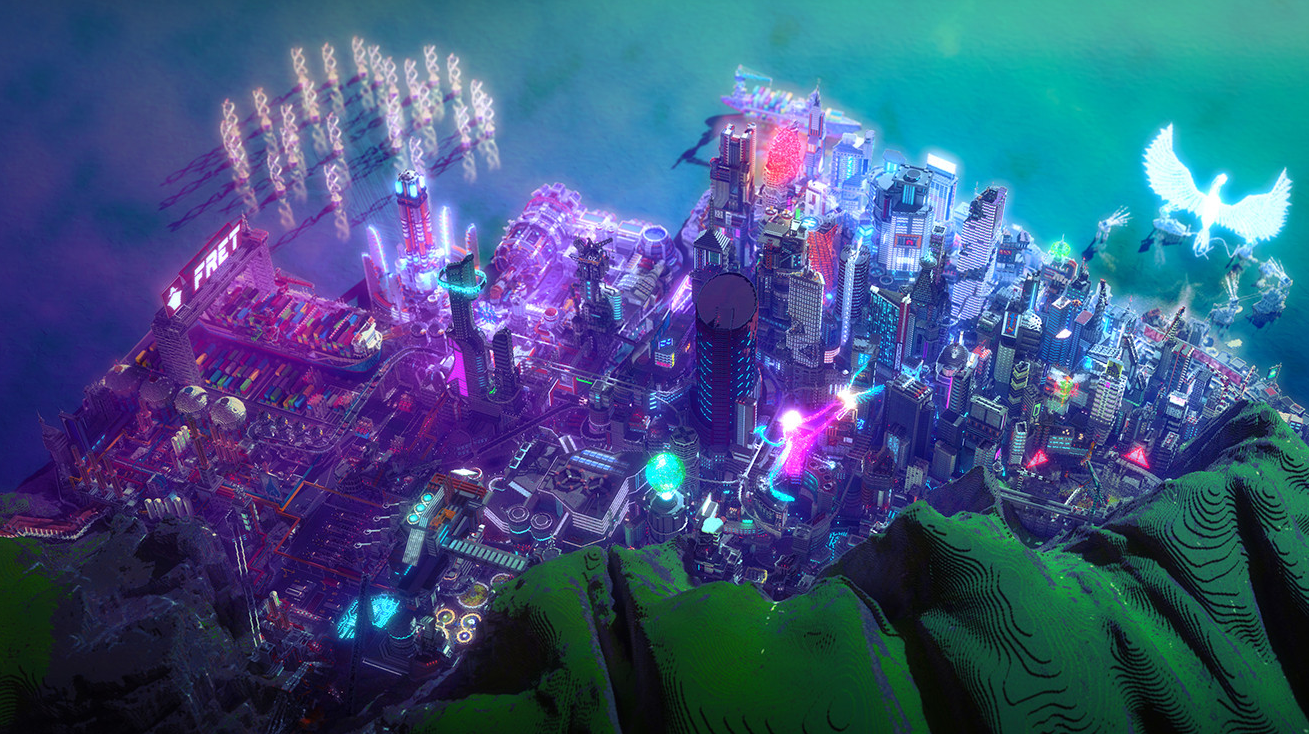 Screenshot: Elysium Fire, <a href="https://www.planetminecraft.com/project/cyberpunk-project-timelapse/">Minecraft </a>

CD Projekt Red’s Cyberpunk 2077 is still several months away, but Minecraft players who want to get in the spirit of exploring neon-fuelled dystopias will soon be able to visit their own version of Night City.

Minecraft YouTuber Elysium Fire released a trailer for their upcoming tribute to Cyberpunk 2077‘s world earlier this month (thanks PC Gamer). While not in anyway an attempt to duplicate the city one-to-one, Elysium’s version is still a complex and sprawling urban monstrosity in its own right.

“Discover this city that was built on the forgotten remains of the 21th century, with its megastructures splitting the skies, built chaotically one on top of the other,” writes Elysium in the time-lapsed video’s description.

The city has its own dedicated waste centre, a whole section for wind farms, and a gigantic port for receiving all the shipments of natural resources the city needs to satisfy the appetites of its blocky residents.

Elysium is currently planning to release the map for download starting on Christmas day.