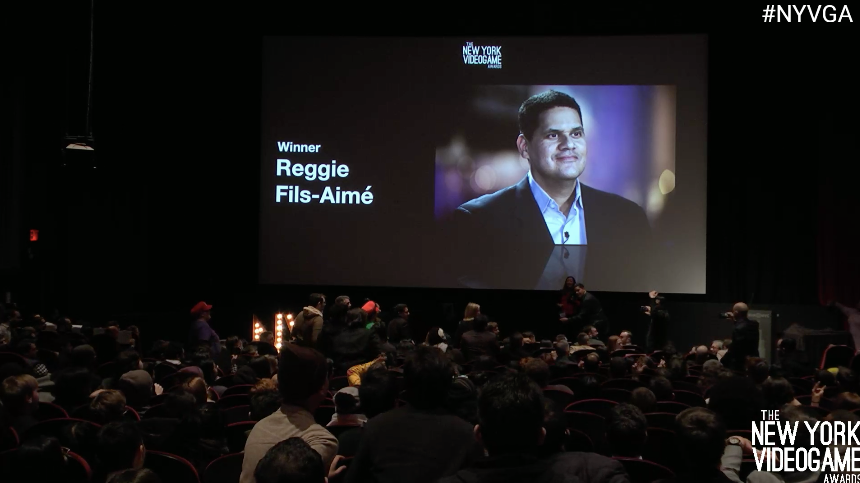 Fils-Aimé’s acceptance speech was preceded by a video highlighting the ex-executive’s career, with considerable attention paid to his recent work as a mentor for school kids in the Bronx. While on the one hand, yes, this is a lot of celebration about someone whose job was to sell a lot of stuff, there are some poignant moments in the tribute video about broadening the pool of gamers and—something less widely discussed as part of Fils-Aimé’s legacy—serving as an inspiration to people of colour as to what can be achieved in the gaming industry. The tribute starts about 37 minutes into the Twitch archive of the event:

Scroll back to 28:00, however, and you’ll get to listen to a Nintendo music medley from the Triforce Quartet. Can you name all the songs?

Finally, a disclaimer: While Reggie says some very nice things about this post’s author during his speech, I’m actually not a member of the New York Video Game Critics’ Circle. Or, as one member joked, did Fils-Aimé just retcon me in?