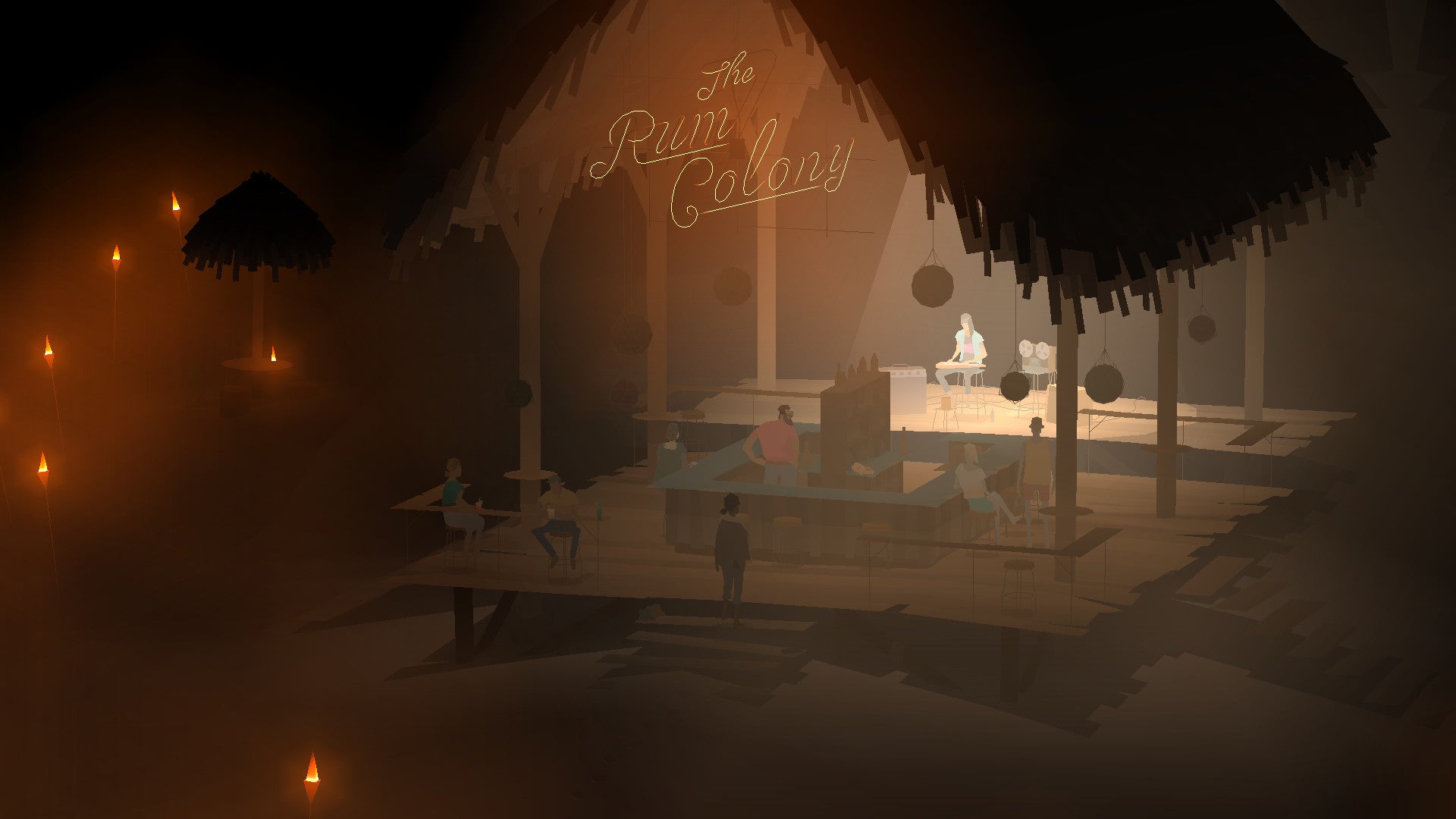 Surreal point-and-click adventure game Kentucky Route Zero is out on consoles now. While PC games tend to shy away from local multiplayer, Kentucky Route Zero features some multiplayer instructions that are new to the console version. Spoilers: it’s still a single-player game in the traditional sense, but its multiplayer option reminded me of all the ways you can still share a game with another person.

In Kentucky Route Zero’s menu, you’ll find an option for multiplayer. Clicking on it gives you these instructions: 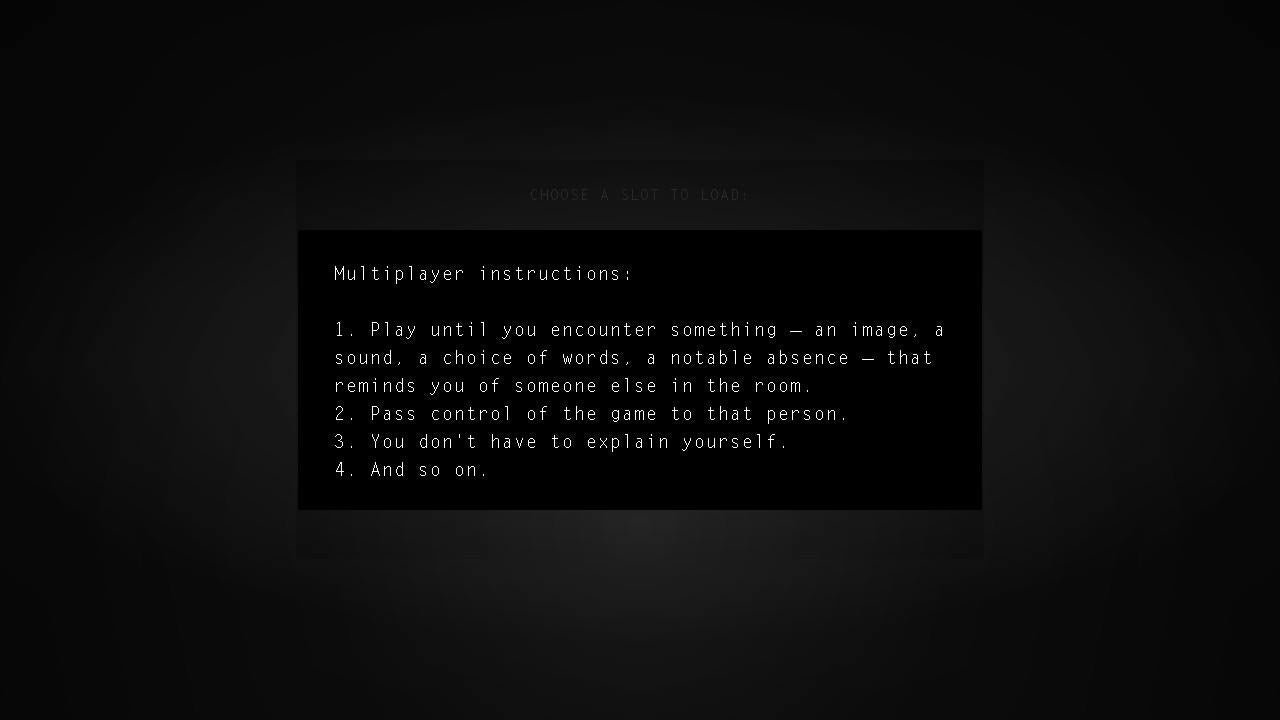 Now, this might be a little disappointing if you, as I will admit to, thought “holy crap, multiplayer?!” But it fits the game’s experimental, poetic tone and its exploration of interpersonal relationships. I’ve always thought of Kentucky Route Zero as a solitary experience, but these instructions made me wonder what it would be like to travel its weird highways with another person, having someone else who might get a reference I don’t or might help decide where to go next. The intimacy of sharing some of its more moving moments might make me self-conscious, but it’s exciting to imagine what connections another person might bring to the game.

When I think of multiplayer games these days, I tend to think of Fortnite and Apex Legends, games that require an internet connection and other people, usually strangers, on the other end. A lot of games have local multiplayer, but every adult knows the struggle of trying to get a bunch of people in the same room at the same time, with enough controllers and seating and a big enough TV for everyone to have a good time. Kentucky Route Zero’s multiplayer instructions get at the way a lot of us probably play games: two people passing the controller back and forth, or maybe just one person talking to someone nearby engaged in their own tasks, who is then invited to come check out a cool thing in a game.

I used to cat-sit for some neighbours fairly often, back when I didn’t have anything to game on but an underpowered laptop. My neighbours had every console, meaning my time at their house always turned into a marathon of playing all the games I read about but couldn’t play myself. More often than not, instead of playing the games myself, I’d invite over a friend of mine and make her play something while I watched. My friend is a stand-up comedian, and a far better gamer than I’ll ever be, and it was so much fun to curl up on the couch while she worked through Assassin’s Creed 2 or Uncharted 3, cracking jokes together and laughing at her spot-on impressions of the characters. We rarely bothered to find games we could both play (well, once we tried Halo 5 co-op, but she got so mad at how bad I was at it that she mostly killed me so I wouldn’t be in the way). It was the best kind of multiplayer: spending time with a friend, creating an experience unique to us and usually far better than whatever AAA shooter we were roasting. My friend lives across the country now, and while there are plenty of games we could play together online, it wouldn’t be the same.

These days, even though I play a lot of traditional multiplayer games for work, I still long for moments like the ones hinted at in Kentucky Route Zero’s multiplayer instructions. I want to show someone a single-player game I like, or experience it alongside them, more than I want to jump into another Fortnite match. I’ve been saving the rest of Return of the Obra Dinn and Untitled Goose Game for a time when I can get a particular friend around to play it, knowing I’ll enjoy the games more with her than I would playing them alone on my couch. I should finally make the time to do that.