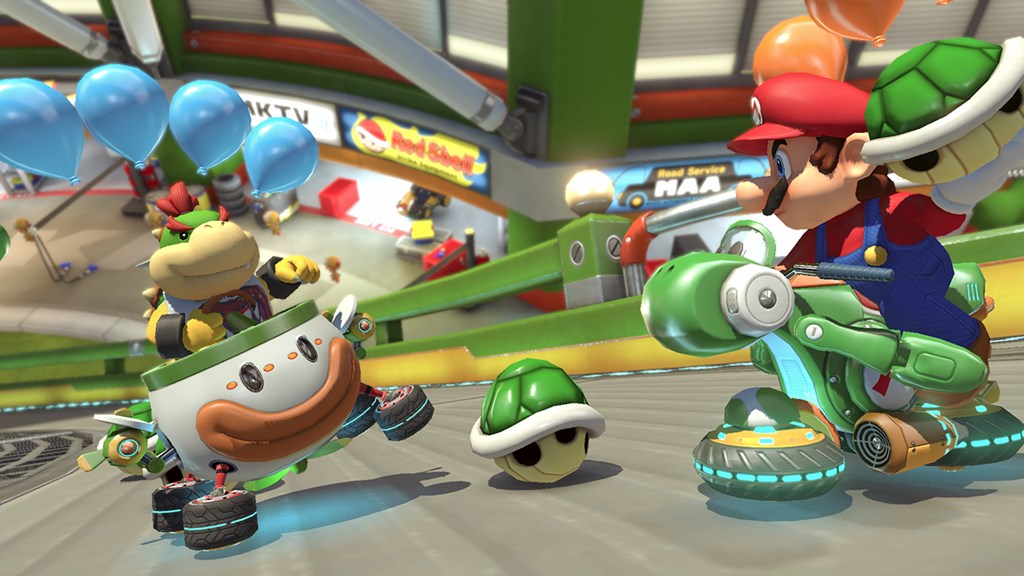 Screenshot: Nintendo, Mario Kart 8 Deluxe
To sign up for our daily newsletter covering the latest news, features and reviews, head HERE. For a running feed of all our stories, follow us on Twitter HERE. Or you can bookmark the Kotaku Australia homepage to visit whenever you need a news fix.

On Saturday night, Twitch streamer and competitive Mario Kart 8 player Knives_x finished her tiebreaker to get into the semifinals at a Las Vegas tournament in the best way possible: by smashing her opponent with a green shell just inches before he was about to cross the finish line.

“911 i just mario kart murdered a CHILD,” she joked in a tweet that went viral over the weekend showing the ultra clutch moment. “THIS DESERVES PRISON TIME IDK.”

The kid, who goes by Tacocat, was ranked two spots higher going into the weekly Saturday Night Speedway tournament hosted at the HyperX Esports Arena. But he ended up trailing Knives_x most of the match, his Dry Bowser unable to catch up to her Toad. Then he found a mushroom in the last item block before the end of the race and managed to use it at just the right moment in the last horseshoe bend of the super tiny Baby Park track to pull in front.

Knives_x was ready with the last of her triple green shell pack, firing just as Tacocat came out of the right side of her screen to steal back first-place in the most spectacular tie-breaking finishes imaginable. The race was at 200cc too, Mario Kart 8’s fastest mode, making it all the more impressive. A slowed-down version of the video shows exactly how it all went down in detail:

Slowed it down .25 for folks and here's the breakdown (+ music):
1. Tacocat took the shortcut with a Mushroom
2. He thought he won so he probably didn't use the Airhorn
3. knives hits him with a Green Shell
4. Dry Bowser flails in place before the finish line
5. Toad is the best pic.twitter.com/8FFxHk0m6P

“I was in fight or flight at that moment so I think it was all due to reflex,” Knives_x told Kotaku over Twitter Direct Message. “The moment I crossed the finish line I looked at the [technical official] behind me to confirm if that really happened.”

Saturday Night Speedway’s semifinals are played out across two Grand Prixs of 10 players, and Knives_x ended up placing 16th overall out of 60 players in attendance, which also happened to be her best finish yet.

The full tournament is available to watch on Twitch.