The Owl House Is Off To An Enchanting Start

While animated shows often cater to specific age groups, there are many that strive for a mix of humour, action, and emotional weight that can appeal to all audiences. The cartoons that manage this feat always seem to draw a devoted following overnight. The Owl House, which premiered on Disney Channel this past month, appears to be the newest addition to this magical middle ground.

While it may be best known for its cheesy live-action series like Hannah Montana and That’s So Raven, Disney Channel is no stranger to lovingly crafted cartoon worlds. Back in the day it was The Proud Family and Kim Possible, and more recently it’s been shows like Star vs The Forces of Evil and Amphibia. Oh, and 2017’s Ducktales reboot. It’s pretty great as well.

Of course, you can’t bring up Disney Channel fan favourites without mentioning Gravity Falls. The show, which focuses on the quirky paranormal adventures of the Pines’ family, is easily among the most beloved cartoons of the past two decades, aligning itself with animated hits such as Adventure Time and Steven Universe. And it’s Gravity Falls that leads us to The Owl House. Dana Terrace, formally a storyboard artist for Gravity Falls, is the creator of The Owl House, whereas Gravity Falls creator Alex Hirsch lends his vocal talents to a few of the show’s characters. 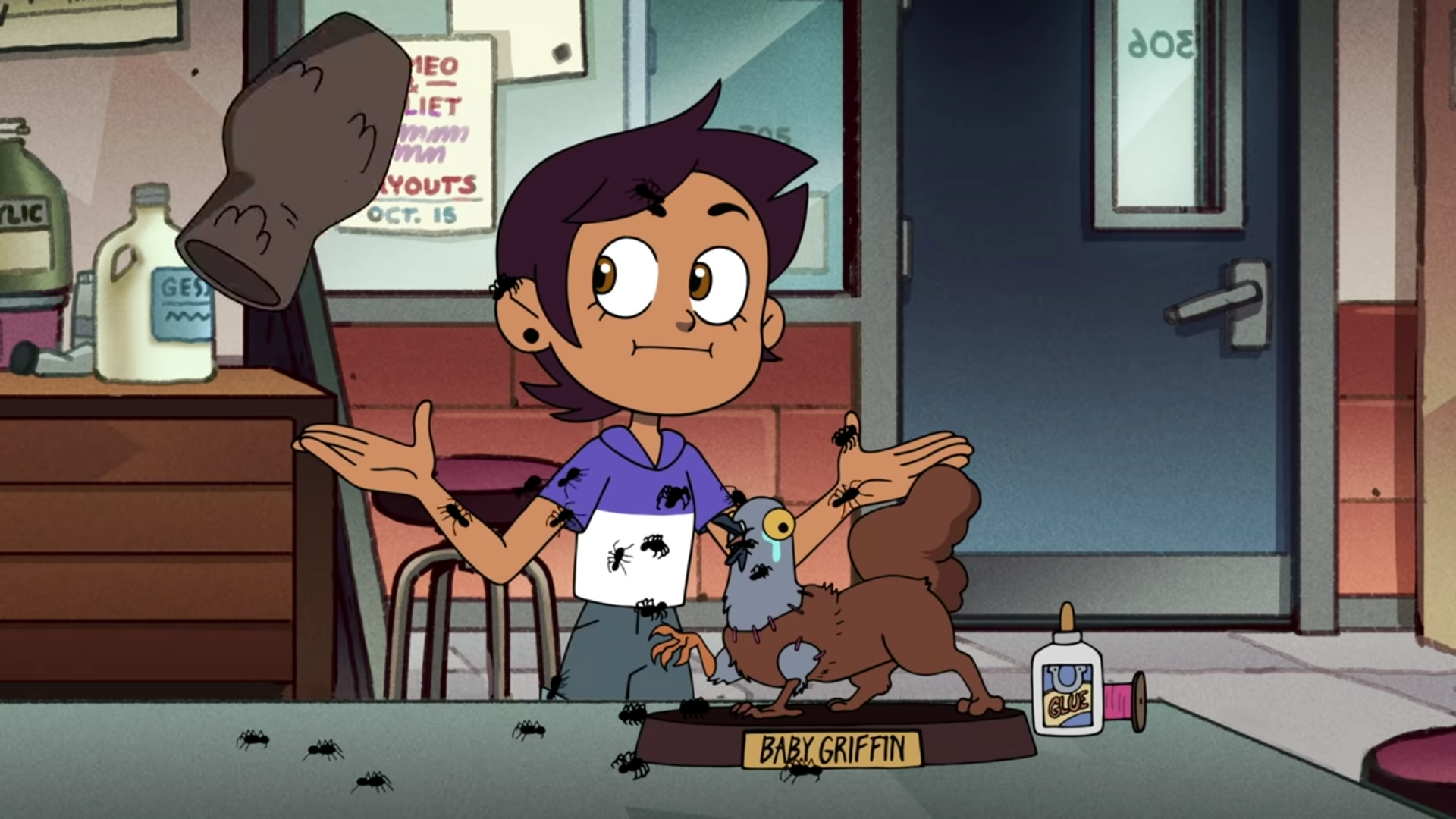 Luz is introduced as an outcast in her own world, a dork who enjoys “editing anime clips to music and reading fantasy books with convoluted backstories.” It’s a portrayal that will resonate with many viewers who grew up with the same awkward and overzealous demeanour. It’s a smart and sincere character choice, considering many cartoons tend to cast the nerdy loner as a sidekick or part of a running gag. Luz is an oddball, but she’s also a character with lofty (albeit otherworldly) aspirations. She has her chance to return to the human world, but makes the choice to stay and train as a witch under Eda.

Eda herself is a bit of a mess. She’s essentially a magical criminal who specialises in locating and selling human curios to seedy local customers. Her powerful abilities and sordid background (which take an intense turn in the show’s fourth episode) certainly make her the most interesting character. Eda’s independent and secretive nature don’t mesh well with her new role as Luz’s mentor, but it’s this conflict that makes their evolving teacher-student relationship worth watching. Luz has a lot to learn and Eda has a lot of room for emotional growth. 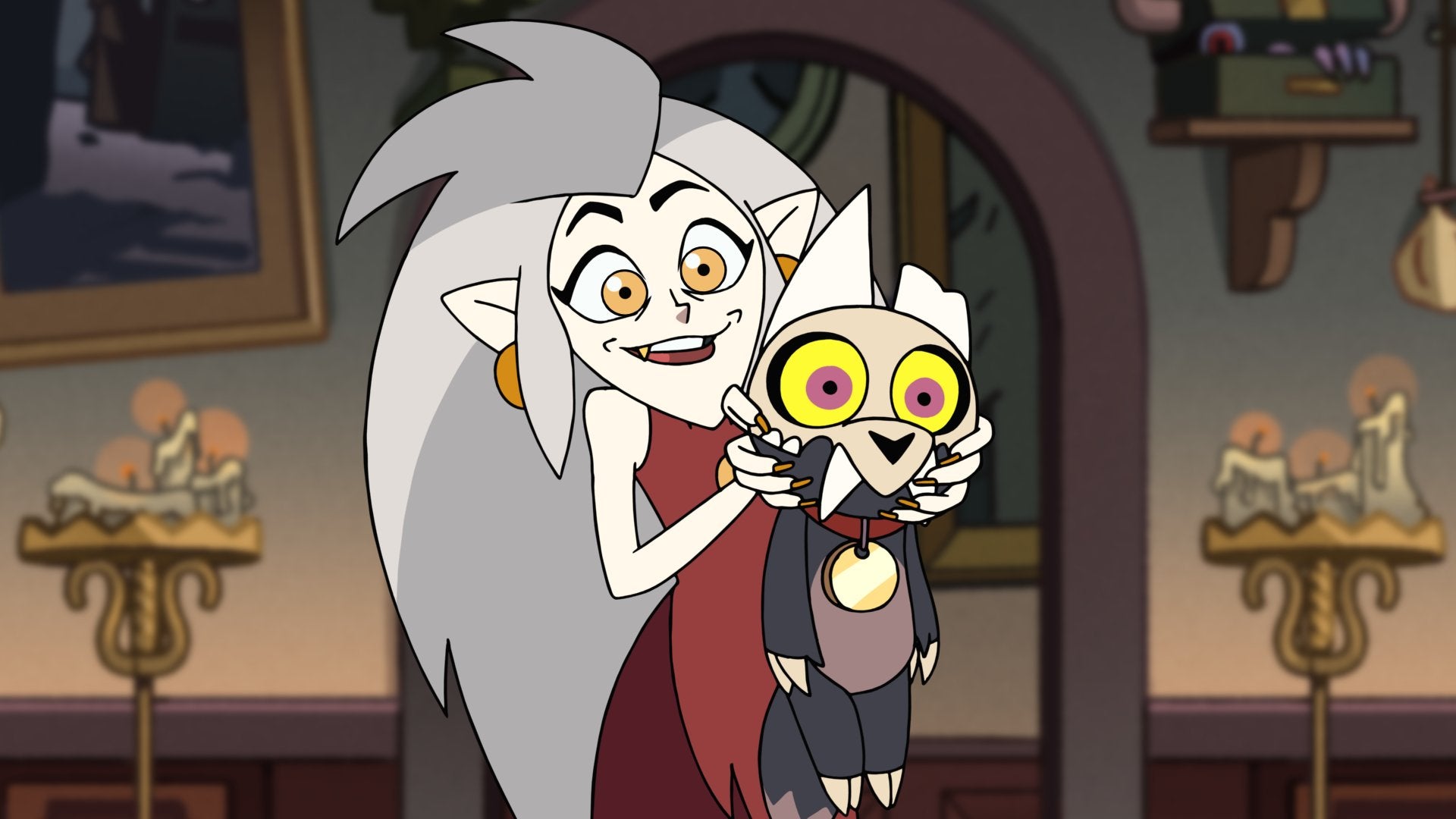 And then there’s King, the demonic embodiment of a Napoleonic complex who looks like a mix between a wolf puppy and the Pokémon Cubone. While the self proclaimed “King of Demons” thirsts for power and glory, it’s apparent early on that King is mainly around to add some manic Invader Zim energy and play the comedic foil in more serious situations. King is a loveable know-it-all jerk in the same vein as Gravity Falls’ cantankerous Grunkle Stan, who was (surprise) also voiced by Hirsh.

While the main characters each have their own charm, it’s their shared world, The Boiling Isles, that stands as the true star of the show. The Owl House leans into the fantasy genre, and it does so with the burning intensity of a hundred-foot flaming skull. The Boiling Isles are unabashedly weird, mixing well-known aspects of high fantasy and mythology with twisted horror vibes. Owl House art director Ricky Cometa has noted that he was inspired by the iconic fantasy works of Hieronymus Bosch and John Bauer, and it’s easy to see. You never know what’s around the next corner or lurking in the background, and it’s a wonder to behold.

It’s difficult to bring up the “witch in training” trope and not make comparisons to book series like Harry Potter and movies like Kiki’s Delivery Service, but The Owl House does its best to set itself apart while still paying homage and poking fun. Instead of Hogwarts School of Witchcraft and Wizardry, The Boiling Isles features the more sinister Hexside Academy of Magic and Demonics, where students can study to bring their own abominations to life. There’s a danger in magic, and The Owl House isn’t afraid to push this dark lesson whenever it finds the chance. 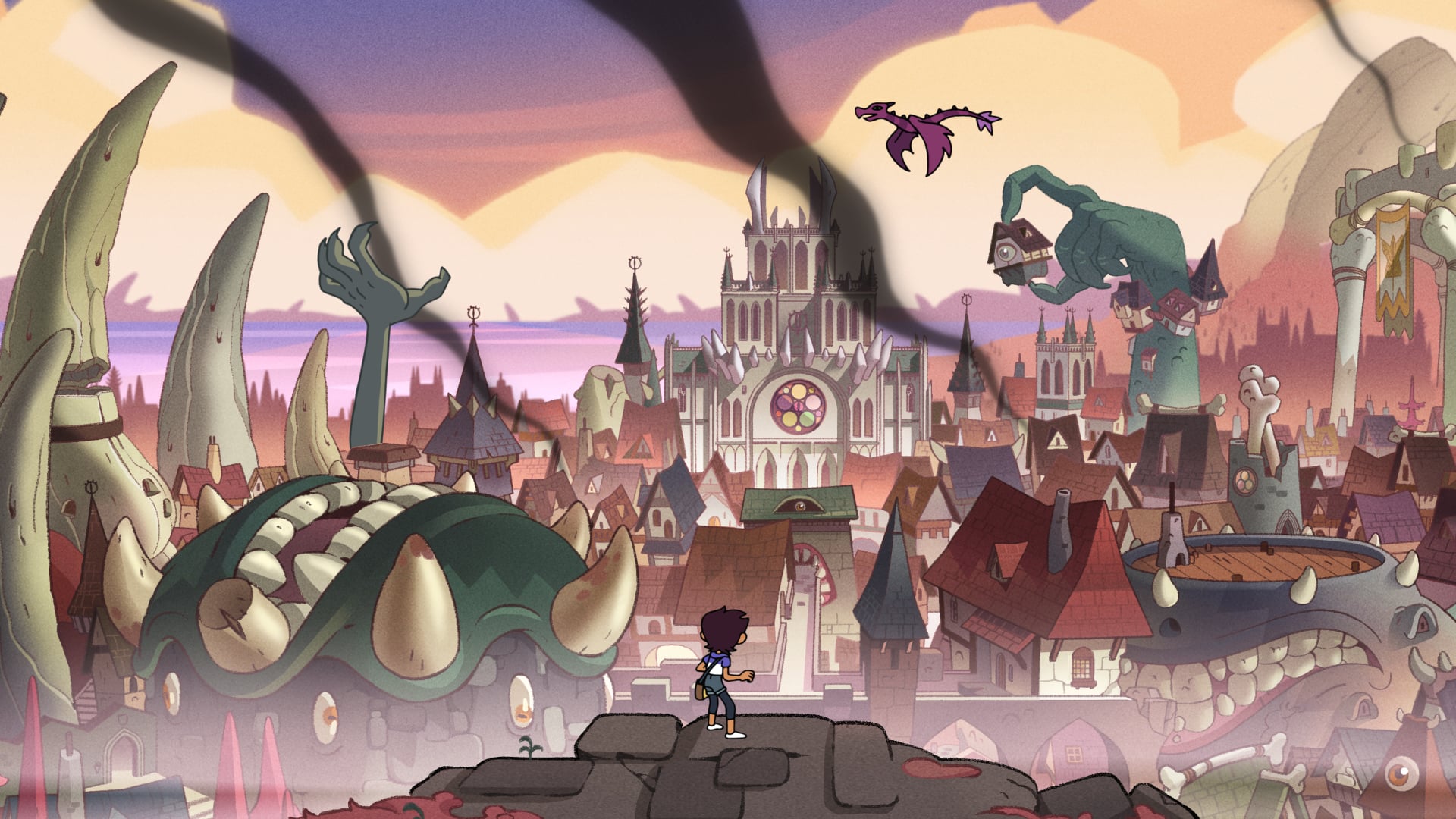 The Boiling Isles, in all its terrifying glory (Image: Disney)

I’ve thoroughly enjoyed The Owl House thus far. Dana Terrace and her team have done a wonderful job cobbling together a fantasy world that feels both familiar and unexplored, while introducing relatable characters that audiences young and old are sure to adore. It’s one big bundle of creepy, adorable, magical fun.

The show has oodles of potential, and I wouldn’t be surprised if it grows into the next big animation fandom over the coming months and years.

Those who have already hopped on the Owl House hype train will be happy to learn the show was greenlit for a second season prior to its January premier. Disney+ subscribers, who may be wondering why the show hasn’t appeared on the streaming service, will have to wait until the first season has wrapped to begin their binge of available episodes.

Editor’s Note: It is unconfirmed if the title will launch on the Aussie version of Disney+.