The Wheelchair Portion Of Wolfenstein: The New Colossus Is Some Bullshit 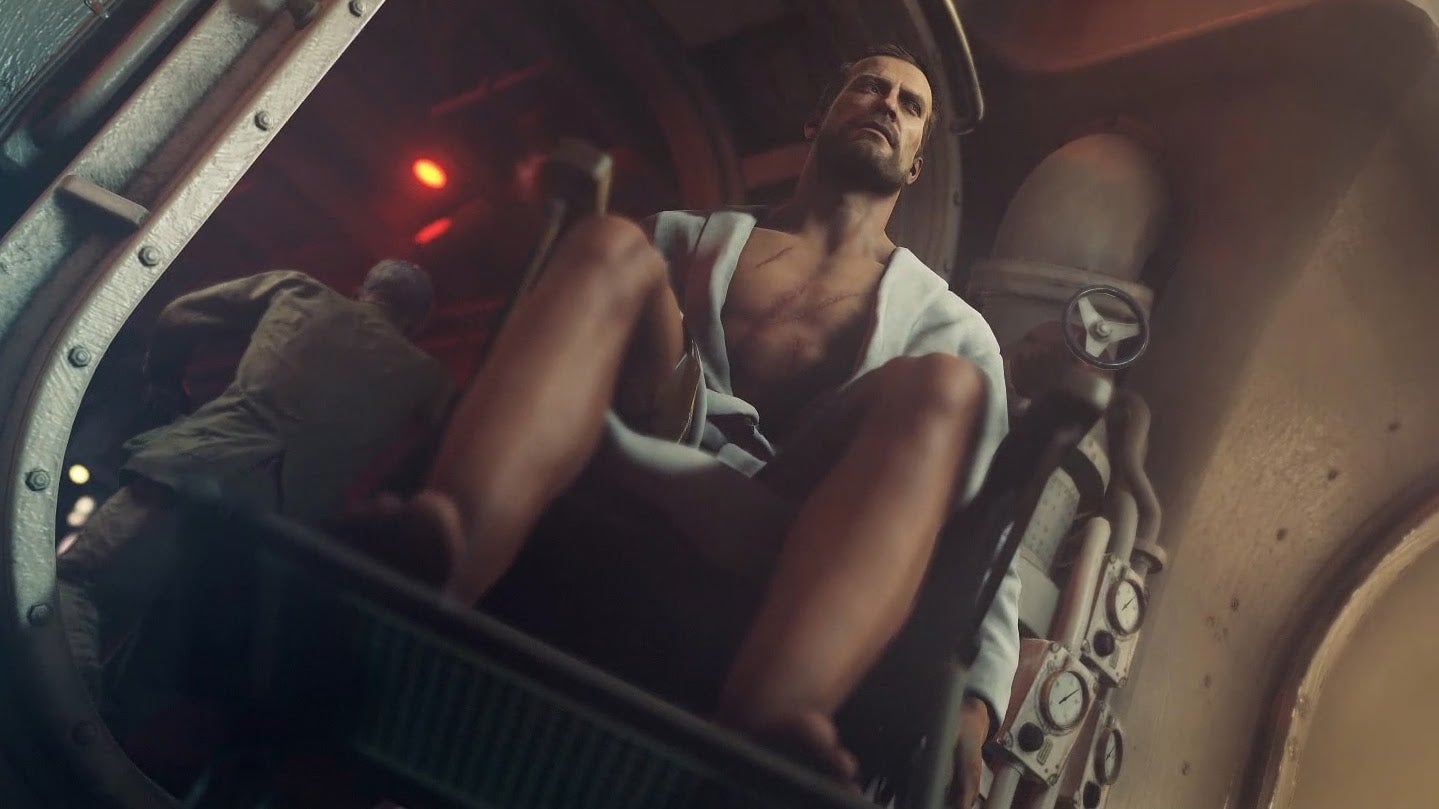 In the opening level of 2017’s Wolfenstein II: The New Colossus, a critically injured B.J. Blazkowicz navigates a captured German U-boat in a rickety wheelchair. Having spent the past year and a half confined to a wheelchair, I have some thoughts on the sequence. For starters, it’s total bullshit.

I am by no means a wheelchair expert, having only been paralysed from the chest down since March 2018, but I feel I’ve definitely got enough experience under my belt to validate the wincing, head-shaking, and belly-laughs the Wolfenstein wheelchair experience elicits from my person. I also understand that the sequence was not created with accuracy in mind. It’s not a simulation. In a 2017 stage presentation, Machinegames executive producer Jerk Gustafsson said that the key to making the sequence entertaining was to give the player the same freedom as when they are on their feet, which is not what being in a wheelchair is like at all. It’s also described as “intuitive,” which is hilarious.

My problems begin within moments of B.J. waking up. First off, this is a man who has been in bed for five months. Following my aortic dissection in March of 2018, I woke up in a hospital bed in mid-April and could barely move my arms and fingers. It took a good month to restore a proper range of motion. B.J. hops to his feet so fast he doesn’t realise his legs aren’t working until after he’s standing.

His muscles aren’t atrophied, he’s not hooked up to any medical devices. He’s just been napping for a bit. Fine, I’ll let all of that pass. This is about wheelchairs, not about super-human video game heroes who keep on trucking after significant percentages of their intestines have been removed.

So B.J. climbs into his dramatically-placed wheelchair. His perspective changes. We see wheels, we see knees. It’s a novel perspective—for most people, at least. For wheelchair users, this is how it is. My main ride is a massive electric beast of a power chair, but I’ve been in a manual, and it feels a lot like this. 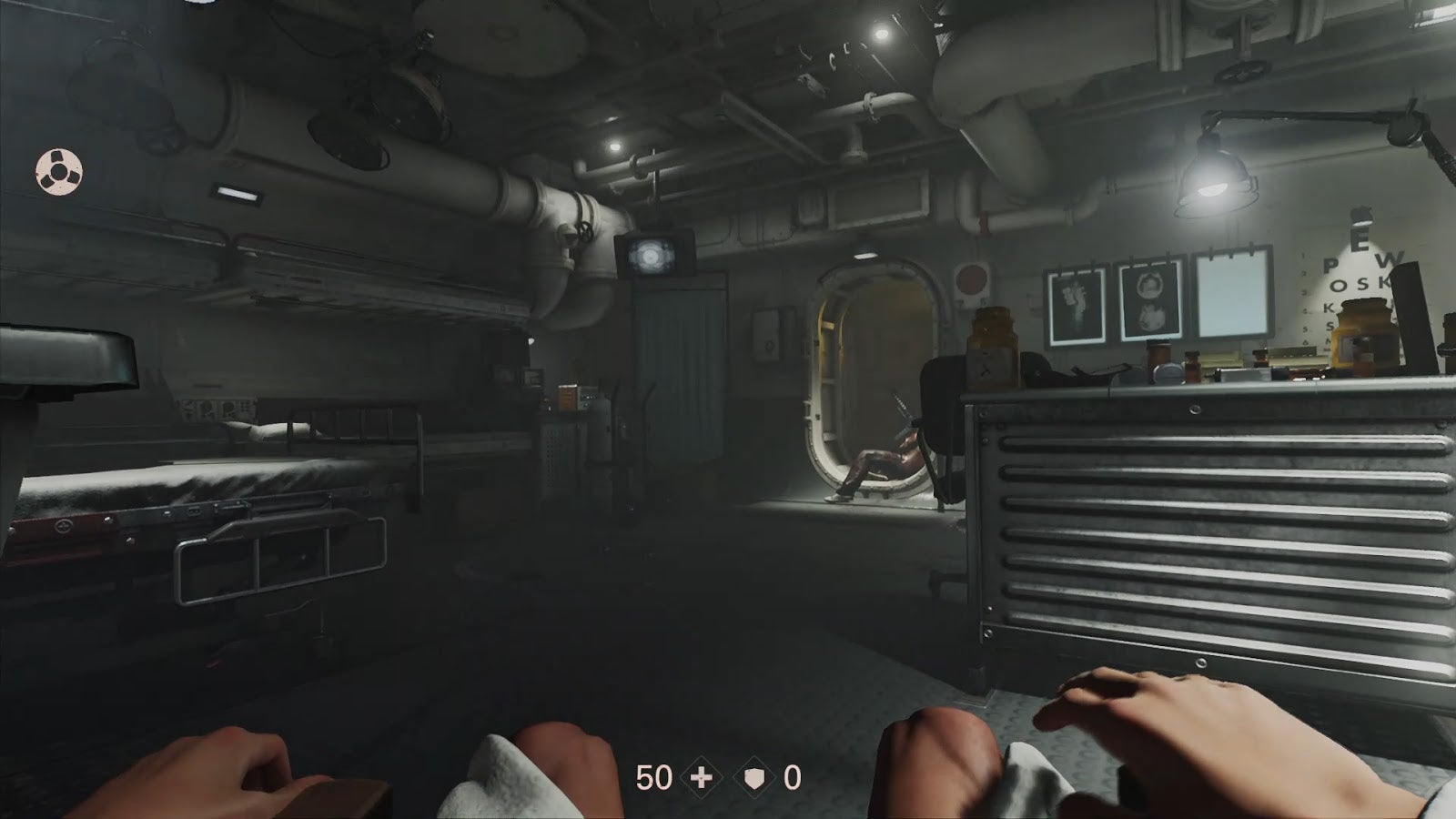 If I were B.J. Blazkowicz in this situation, I would die in the first room. 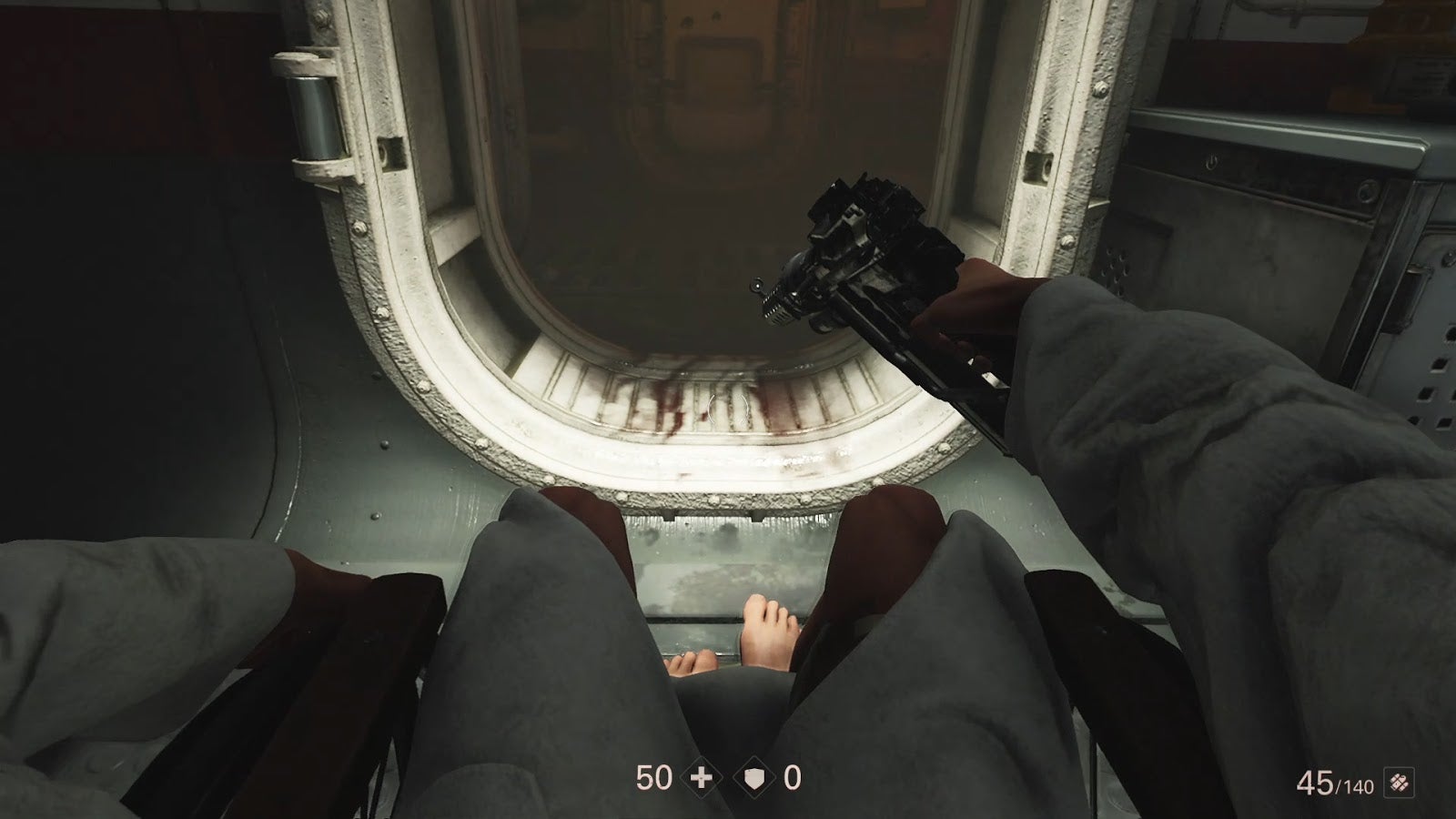 This is a raised, oval-shaped doorway. It is several inches off the ground. The left and right sides, where the wheelchair wheels have to go, are raised even higher. My power wheelchair would not make it over this lip. In a manual, I might make it over with someone pushing me. I’d probably survive for quite some time, armed with a machine gun and the element of surprise, but eventually I’d be a dead guy in a wheelchair sitting in front of this doorway. That’s no fun.

Let’s say I did make it out the door somehow. In a burst of sheer survival instinct, I launch myself into the corridor. The corridor is filled with an increasing number of dead bodies. 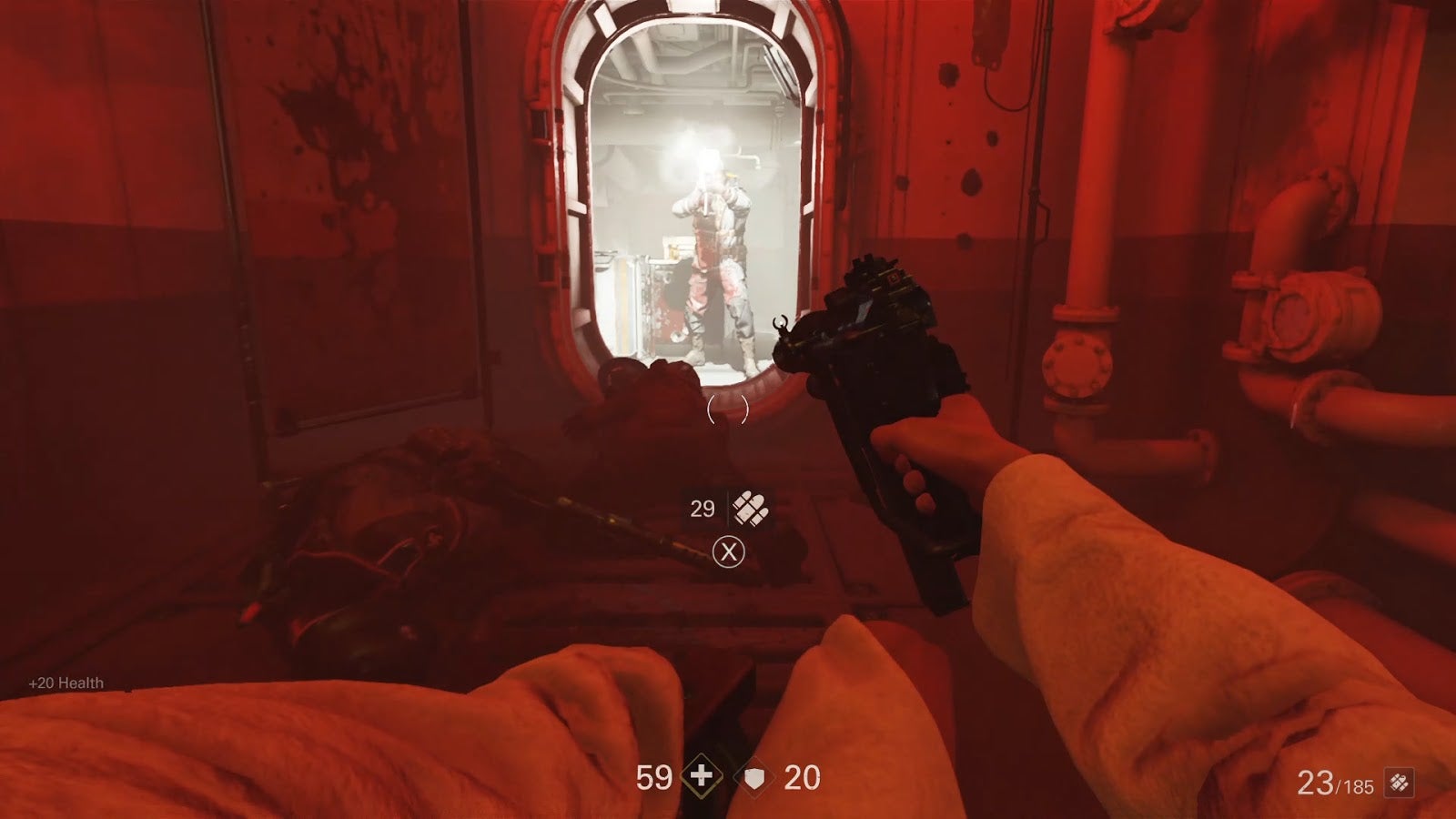 When I am navigating my own house, populated by people who know and possibly care that I am in a wheelchair and need room to manoeuvre, my chair gets caught on everything. Backpack straps. Charging cables. Shoes. Game controllers (*crunch*). I once got tangled in the cables of two different vacuum cleaners in one day. WHY DO WE HAVE TWO DIFFERENT VACUUM CLEANERS IN ONE ROOM?

None of these obstacles are bloody corpses, yet they stop me all the same. Rolling a wheelchair over crumpled bodies and discarded firearms is not a thing I could do. I mean, I could stomach it, if it were possible, but it’s not. At best, I could use the chair to nudge the bodies off the sides so I could get to the next impassable doorway.

The whole sequence is preposterous, which means it’s right at home in a Wolfenstein game. It’s a bit of fun, wheeling about, shooting Nazis from a seated position. It’s just that as whimsical as the whole thing is, I can’t help but yearn for the ridiculous amount of freedom that wheelchair-bound B.J. has. I’m more than a little jealous of the power suit he gets to wear when the sequence ends.