The latest silver ball playground from Stern Pinball is a trio of machines based on the 1987 Teenage Mutant Ninja Turtles cartoon. They’ve got a spinning magnetic pizza. They’ve got a sculpted Turtle Van that can capture up to four balls. They have a floating Krang. They even play the original theme song.

A new licensed video game is nice, but a new licensed pinball game is a glorious convergence of pop culture and precision mechanical and electrical engineering, a monument to play that will one day hold a place of honour in dirty dive bars and dark, dusty arcades. I can almost see the new Teenage Mutant Ninja Turtles machines there now.

The cabinets come in three different models. The Pro model is the most basic. It doesn’t come with the sculpted van or the glider that lets players choose different paths on wire ramps. It does not have Krang. What’s the point? No, we’re going to need at least the Premium model. It has all the bells and most of the whistles. The LE model, limited to 500 units worldwide, has special artwork, a shaker motor installed, anti-reflective glass, and an upgraded speaker system. In case you’re interested in buying a machine, they run $US6,100 ($9,175) for the Pro, $US7,700 ($11,581) for the Premium, and $US9,100 ($13,687) for the LE.

Too much? That’s just because you haven’t seen the details yet. Let’s get up close and personal with these beautiful pinball babies. 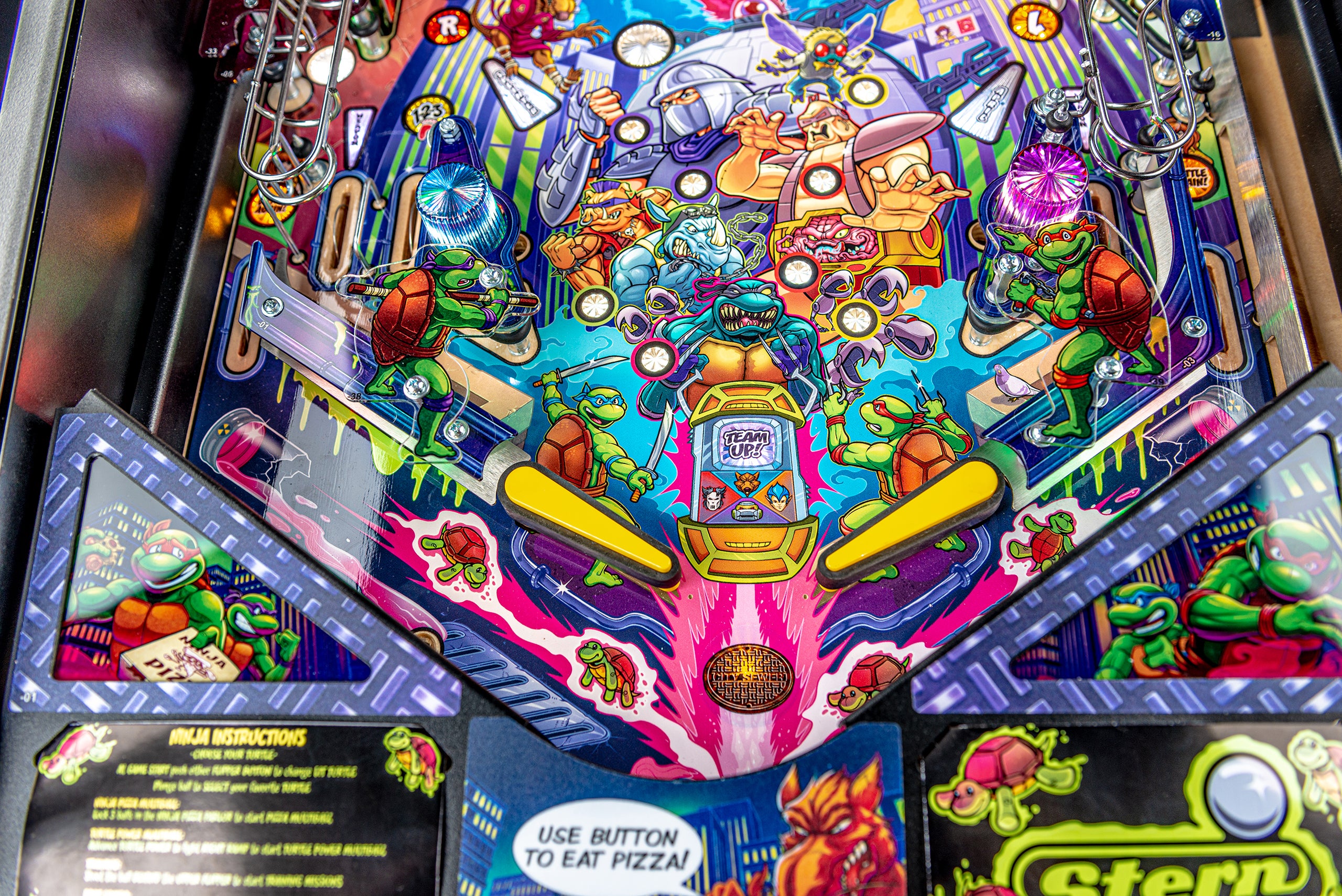 The board design is a bit busy, but then so are the turtles. I see Bebop and Rocksteady, Splinter, Shredder, Slash, Baxter Stockman, Krang—there’s so much going on, and that’s only half the playfield. 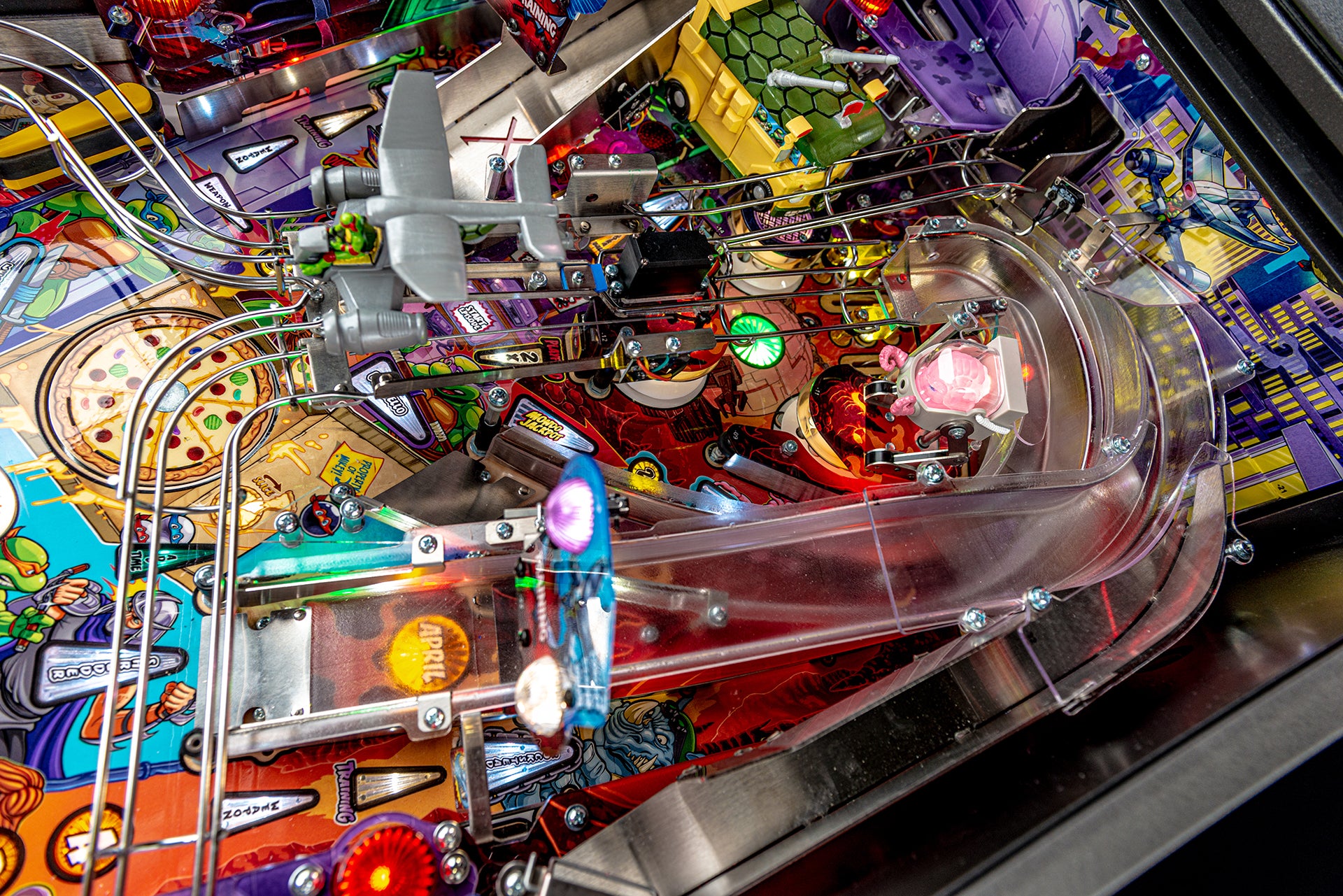 So much stuff. (Photo: Stern Pinball)

In the photo above we see the Turtle Glider assembly, used to change ball paths on the wire ramps, as well as the pink, translucent, alien flesh of Krang. Look at him glow. Look at tiny Raphael piloting that glider. 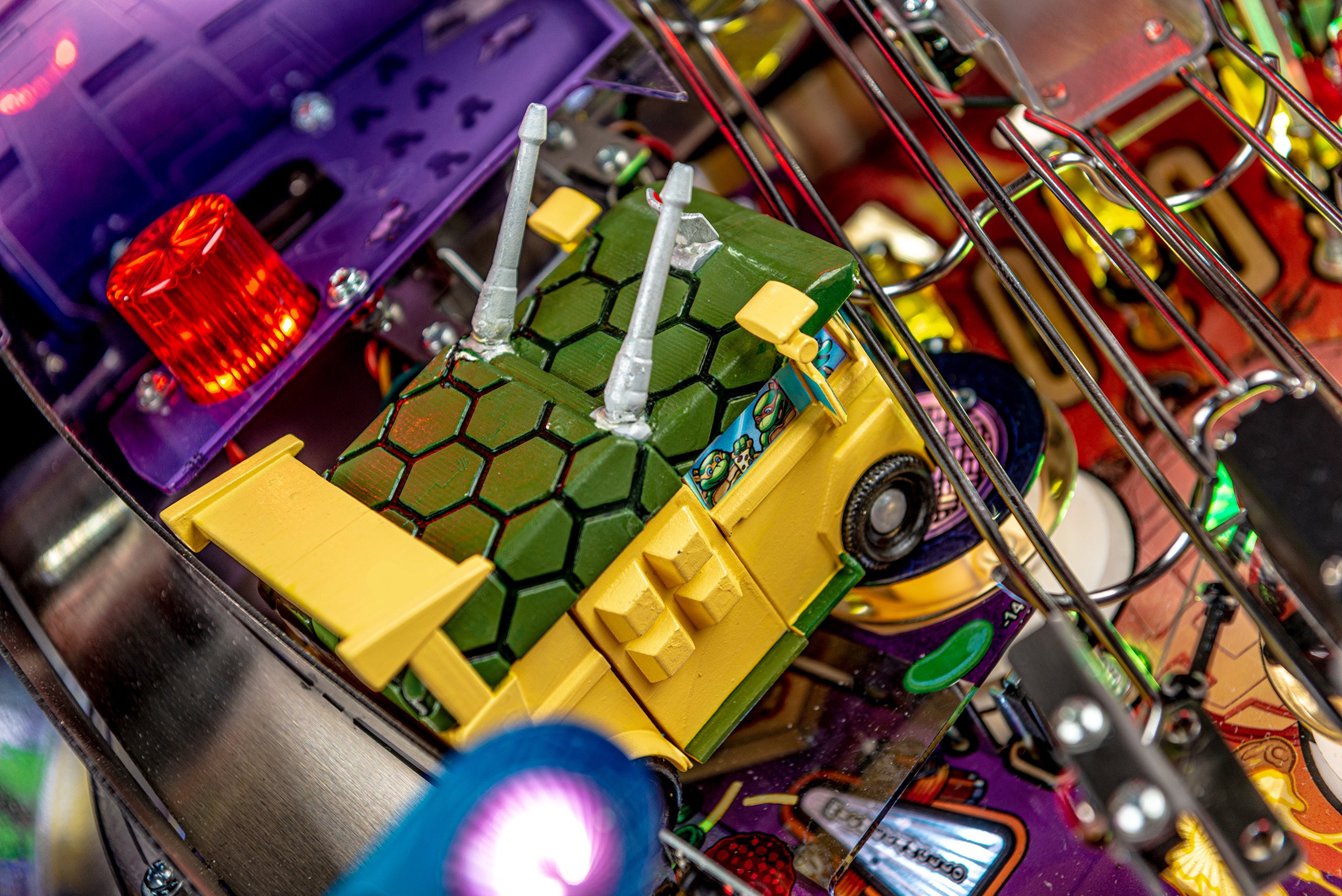 Finally, we have the Turtle Van. In the better models of the pinball game, it holds four silver balls that can be deployed all at once for furious multiball action.

Stern’s new Teenage Mutant Ninja Turtles pinball machines should be deploying to bars and arcades in the coming months. Turtle power to the people.