Thanks For The Lovely Birthday Party, Animal Crossing Friends

I’m not normally one for elaborate birthday celebrations, but the party held for me this morning by a trio of Animal Crossing: New Horizons villagers was exactly the pick-me-up I needed today.

My ideal birthday is good food with family and friends and maybe a new Transformer or Lego set to fiddle with. I commemorate my years walking (and rolling) the Earth with small, intimate affairs. This is because the three bigger birthday parties I’ve had were bad:

So I’m not keen on birthday parties. I’d like to get together at a nice restaurant with my current, much more awesome wife, our kids, maybe my parents and a few friends, but that’s a thing I can’t do in the middle of a quarantine. I’ve been bummed out about it all week. Then my goat friend Pashmina greeted me outside of my Animal Crossing home this morning and led me to a party with dancing, music, cake, and pinata slaying. I was overjoyed. 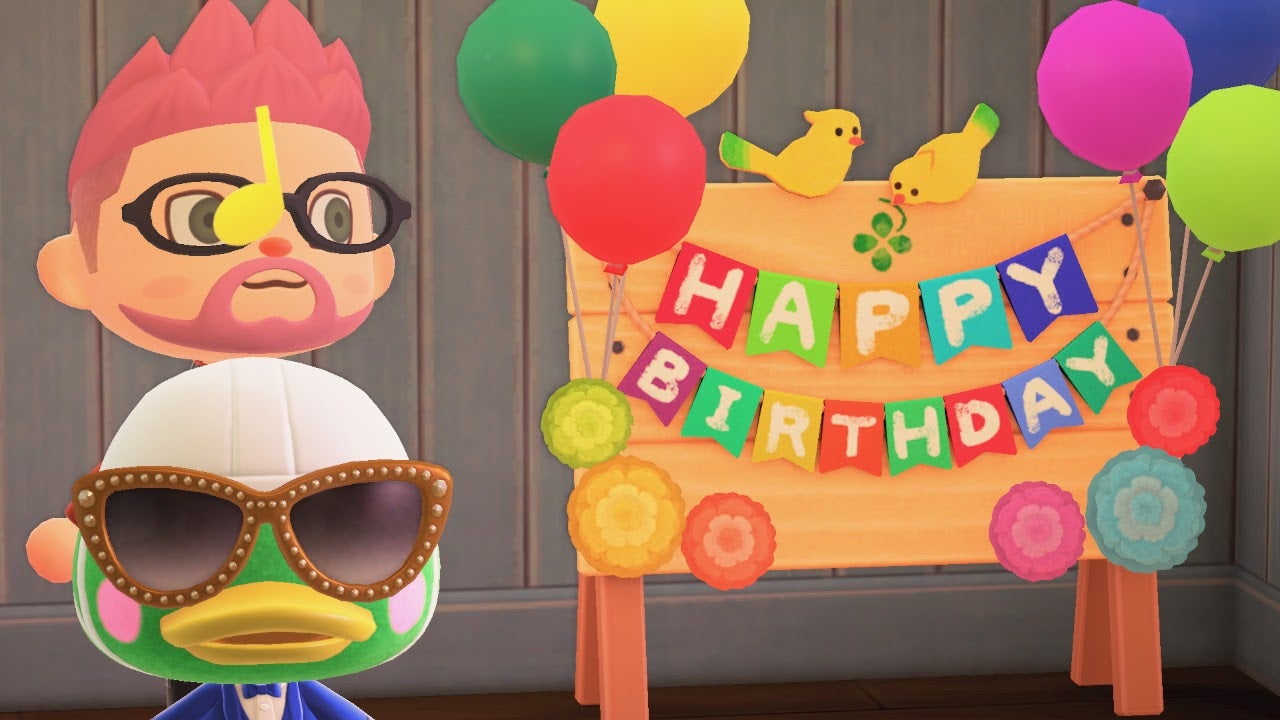 The party was thrown by my three favourite villagers, Pashmina, Scoot the duck, and Cookie the dog. Maddie the dog, the villager I despise and would like to bury in a landfill, was nowhere to be seen. There was cake to look at, cheery decorations, and a pinata to beat mercilessly until it tore asunder and revealed its tasty innards.

Those innards are cupcakes, which can be traded to other villagers in exchange for birthday gifts. In the case of Chow the panda, that gift was the horrifying expression on his face. 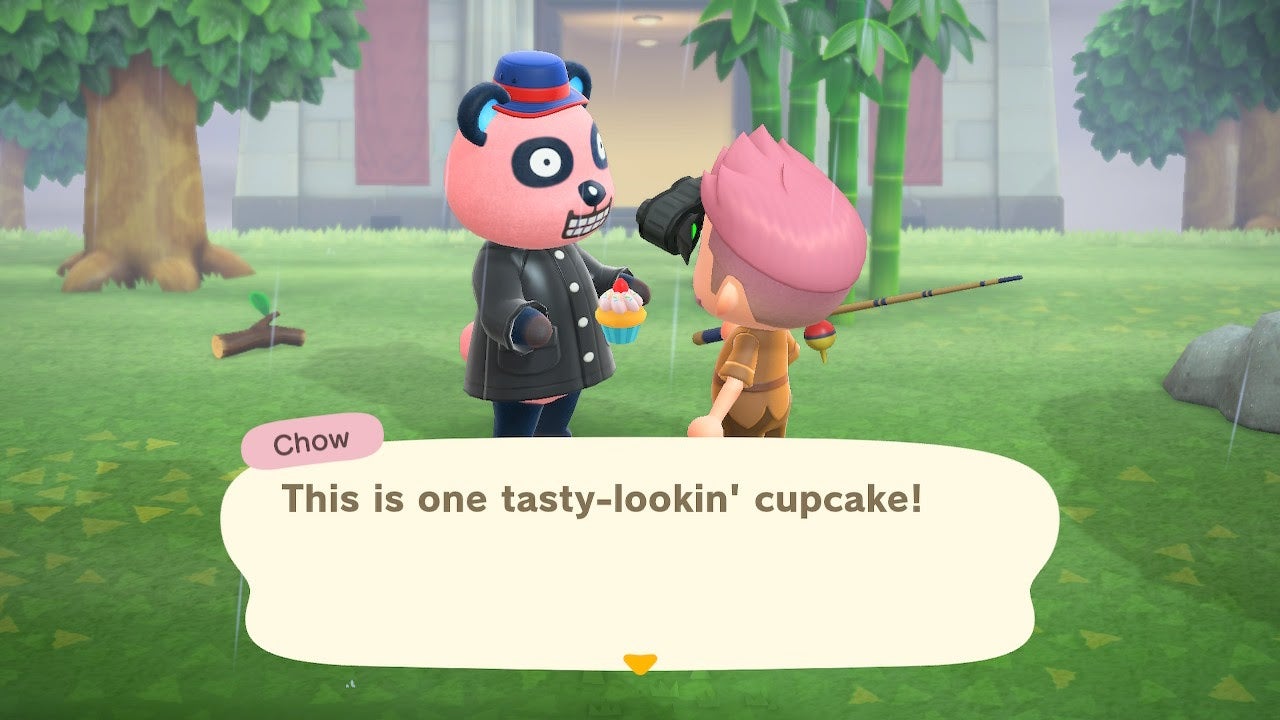 He’s about to get all Attack on Titan on me. (Screenshot: Nintendo, Kotaku)

Animal Crossing: New Horizons’ birthday festivities aren’t limited to the party. My in-game mother sent me a cake, which I left out in the rain. Somebody had to. 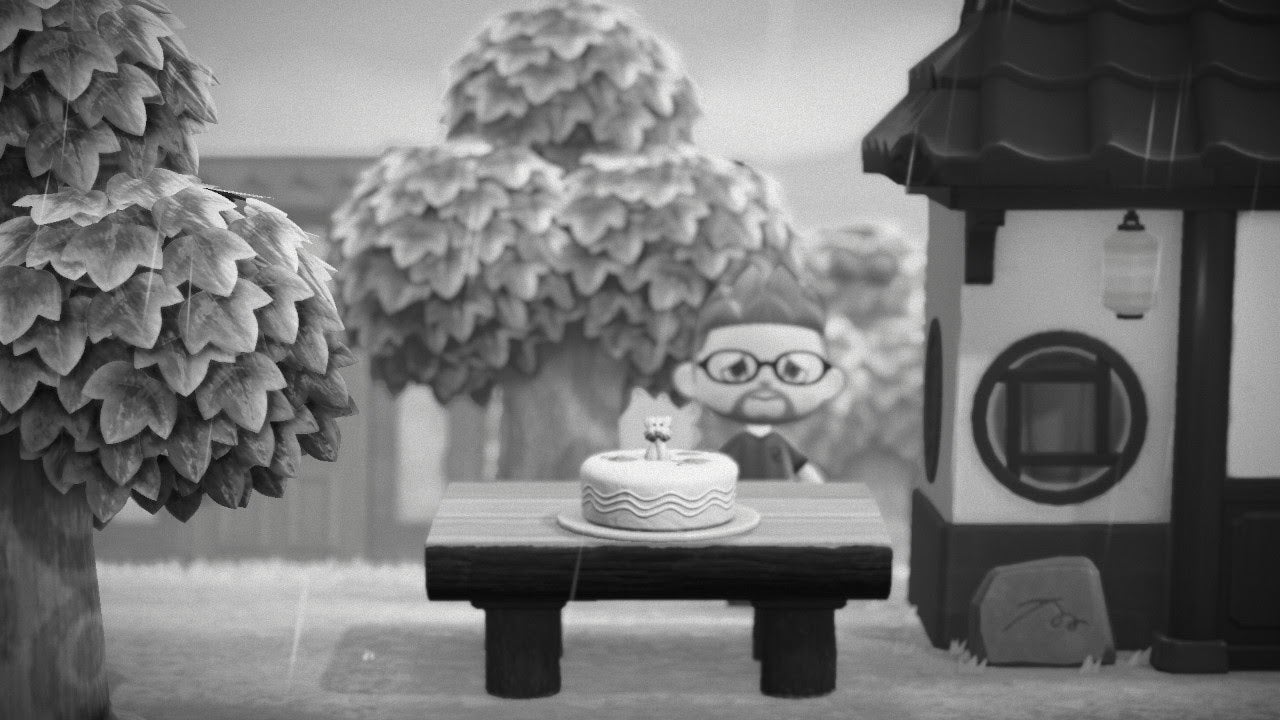 To top it all off, K.K. Slider himself showed up to perform a special song in honour of my big day. 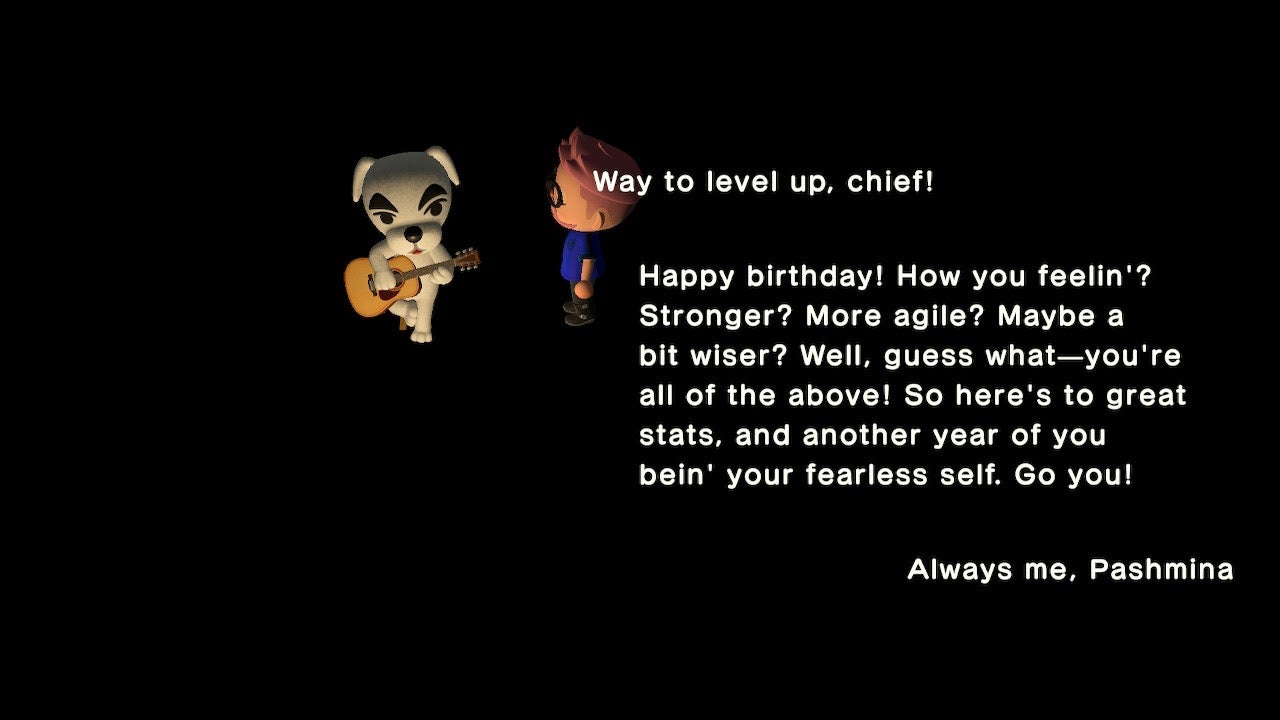 She gets me, that Pashmina. (Screenshot: Nintendo, Kotaku)

I know these are just programmed responses triggered by the information I entered into the game. These digital animals are no substitute for my wife, who is currently letting my breakfast steak reach room temperature, or my big brother Richard, who called while I was writing this to sing me a birthday song. Still, in the early morning as I was getting prepped for work, before anyone else in the house was awake, in the quiet time I’d normally spend worrying about the ongoing covid-19 pandemic, my Animal Crossing birthday was a welcome distraction. 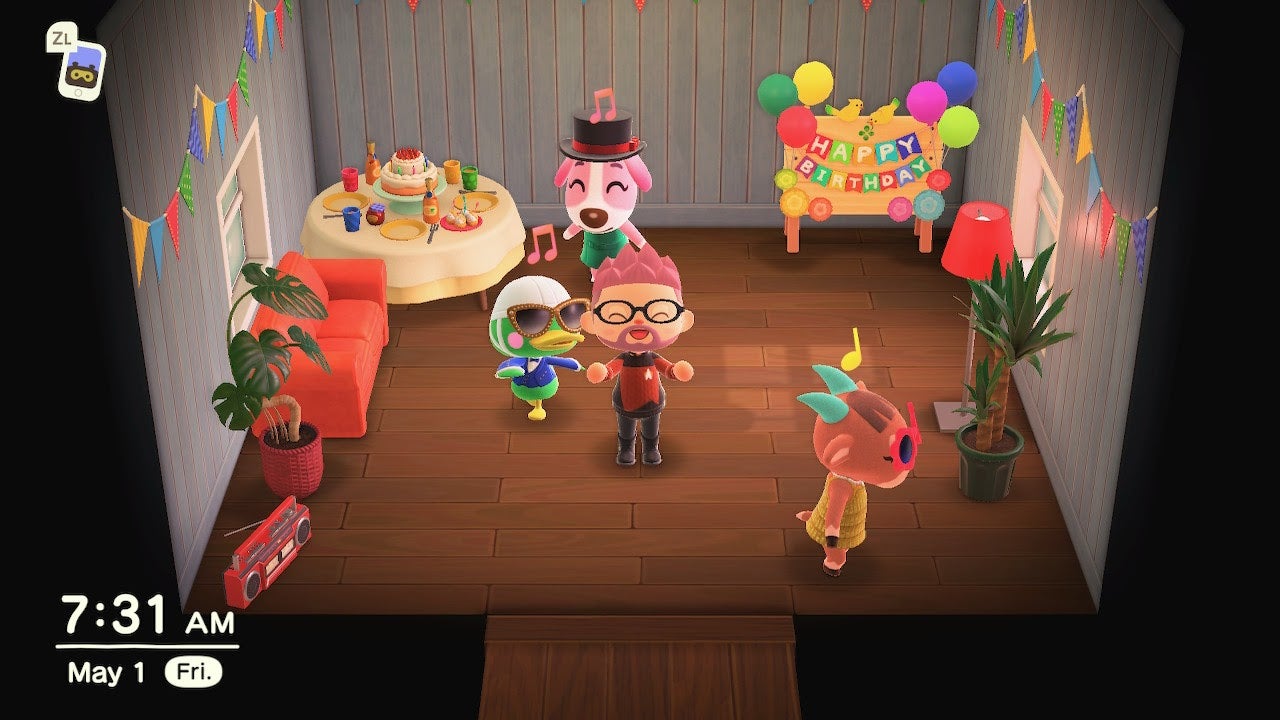