This Man Loves Japan. His Name Is Tommy Lee Jones.

Since 2006, Tommy Lee Jones has appeared in a series of Boss coffee ads. Boss is a Suntory brand of hot coffee that is sold canned (hot or cold). In the commercials, Jones is an alien visiting Japan. He always has a different job—such as train station employee, taxi driver, or a tanned host—as he lives in his new surroundings. Some of the commercials are even kind of touching!

Now in May 2020, Suntory is re-running highlights from those ads in a new spot that reflects the time in which we live. In it, advice is given with regards how to stay safe and properly maintain social distancing, including the necessity to clean your hands, wear a mask, get exercise, work remotely if possible, not give up and if you want to buy canned coffee, don’t loiter around the convenience store.

A foreigner starring in Japanese commercials is nothing new. And, perhaps, many of the foreigners who come to Japan to do commercials like the country just fine. But, Tommy Lee Jones doesn’t just star in Japanese ads for the paycheck: After the Japanese earthquake and tsunami, Jones sang in a commercial with a whole host of Japanese celebrities. All of them—Jones, included—appeared in the commercial for free to raise the country’s spirits. Jones, however, was the only foreigner.

A thread on website Naver features a collection of quotes Jones has given the Japanese press over the years. According to Jones, Japan is the only country he still visits while promoting his films. It’s not just for work—Jones is even quoted as saying he visits Japan in his private time (he especially likes Kyoto). 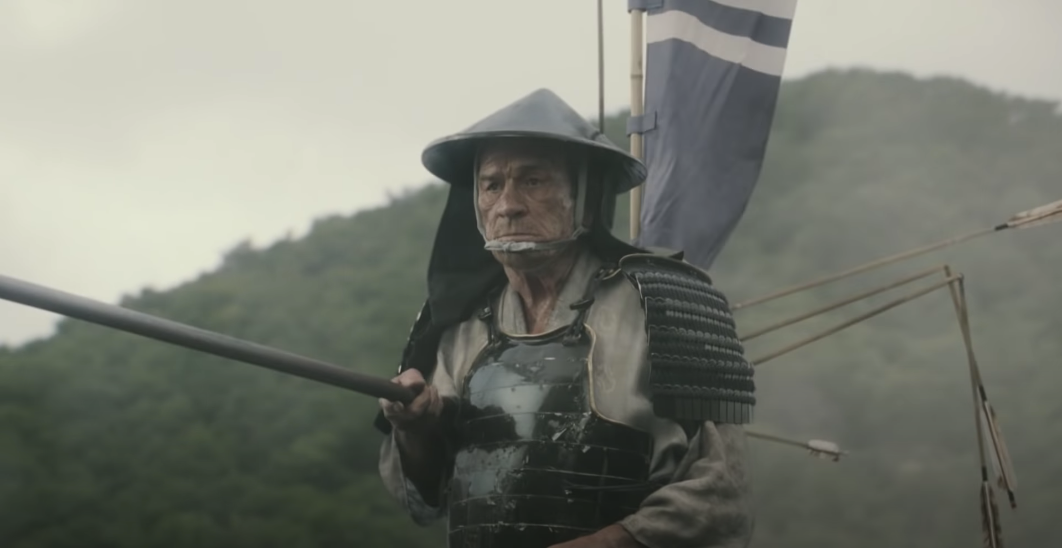 A few years back, website Kirai spotted Jones in Nara feeding the deer. 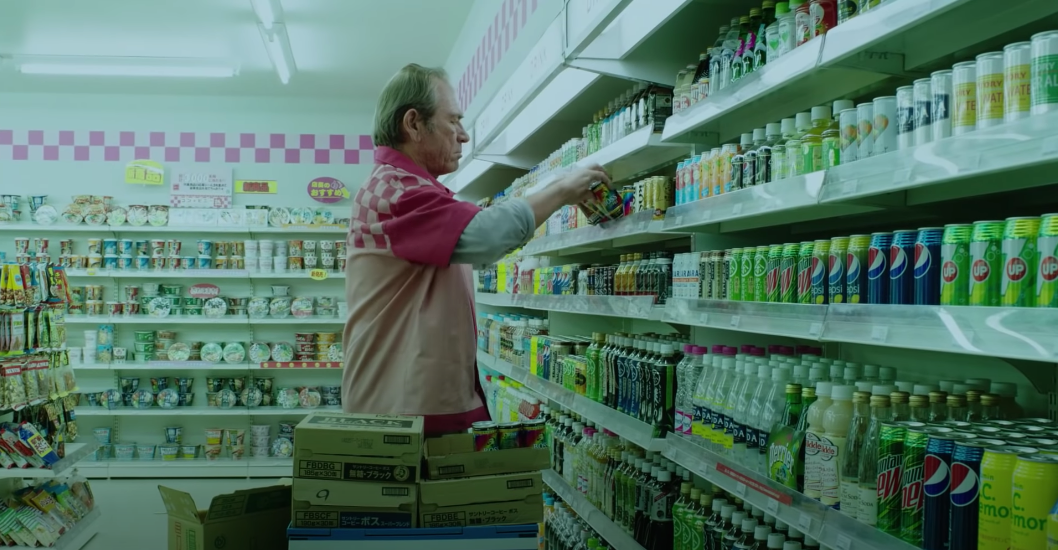 When Hollywood celebrities visit Japan, they talk about Japanese food—so does Jones, who especially digs the Japanese fish ayu. In interviews, however, he also talks about his appreciation of Japanese art (such as Hokusai and Yoshitoshi) and kabuki. You get the feeling that the guy knows more about Japan than simply how to order good sushi. 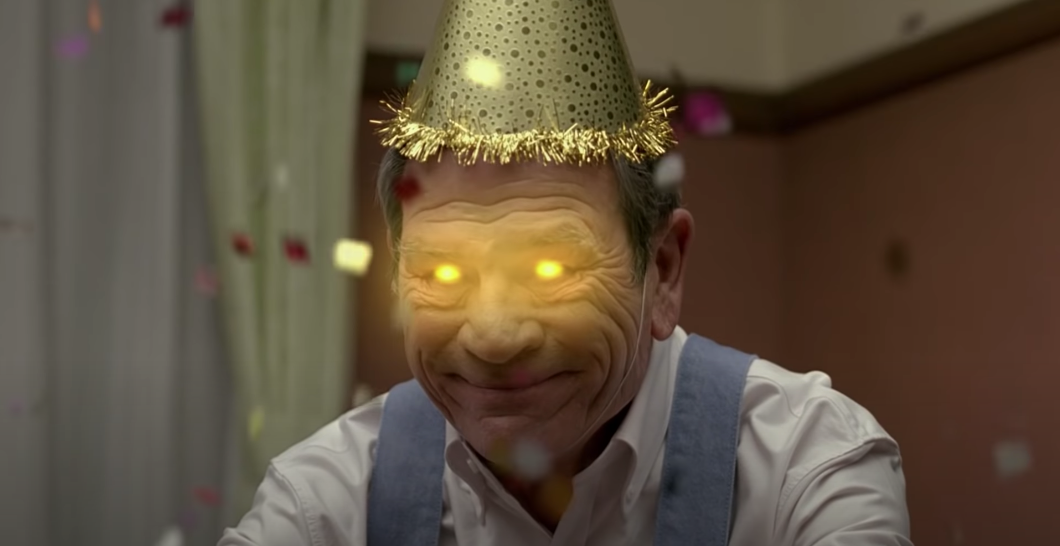 The long-running coffee ads have made Jones a part of Japanese pop culture. He’s no longer simply some Hollywood star to put up on a pedestal. Rather, he’s a familiar face.

What makes the coffee ads work so well is that Jones, deadpan as ever, genuinely seems to enjoy doing them—he enjoys dressing up in the various uniforms, visiting the different parts of Japanese society, and experiencing the varied slices of life in Japan. He’s willing to make goofy faces and do stuff that some might find as just “too silly” or embarrassing, even. He’s joining in. 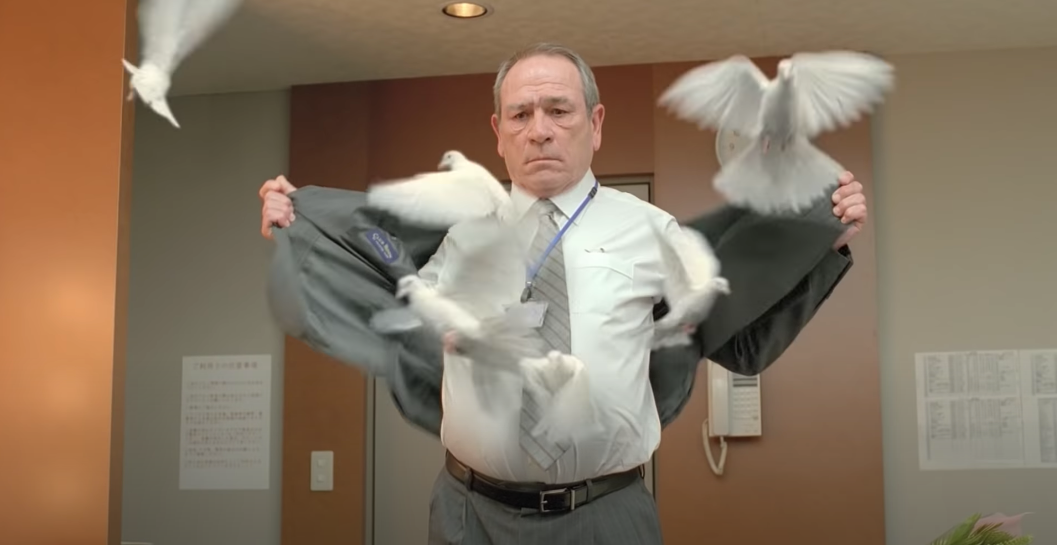 And because of these commercials, Jones’ face is plastered all over the entire country—a country he enjoys so much, and a country that enjoys him, too. 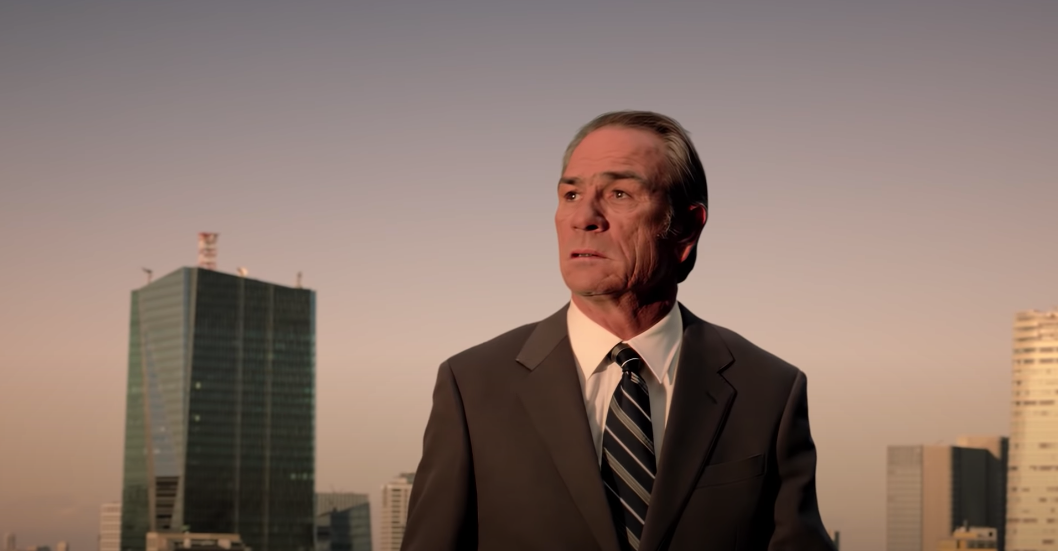 This article was originally published on August 21, 2012. It has since been updated.